In the past days I received this Nintendo VS. System for a repair: 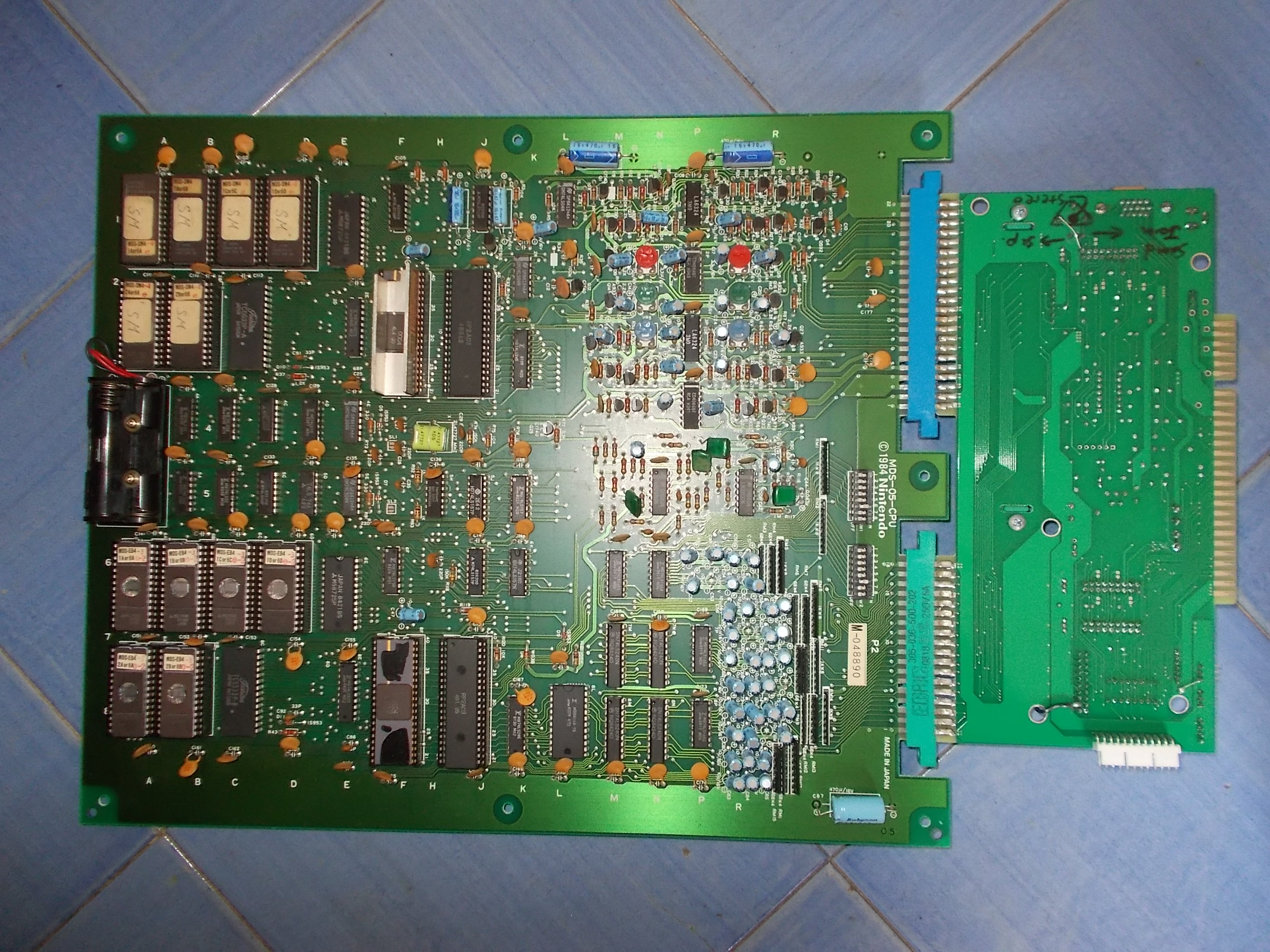 For the uninitiated the Nintendo VS. System is an arcade platform designed for two-player competitive play using the VS. UniSystem or VS. DualSystem based on the Nintendo Entertainment System.

The system came with his special JAMMA adapter and two game ROM sets installed (Super Mario Bros and Excitebike) so time to power it up and I got this scenario:

As you can see, screen was all bluish sign that the RED component was missing.This was confirmed by probing the signal, it was stuck LOW on its source which is pin 14 of the RP2C04 PPU @8F :

The PPU chip was tested as good in another system so there was something in the path which forced the signal LOW.Before reaching the corresponding pin on edge connector, the signal is converted from digital to analog by a net of resistors and amplfied by a LM324 OP-AMP @1P: 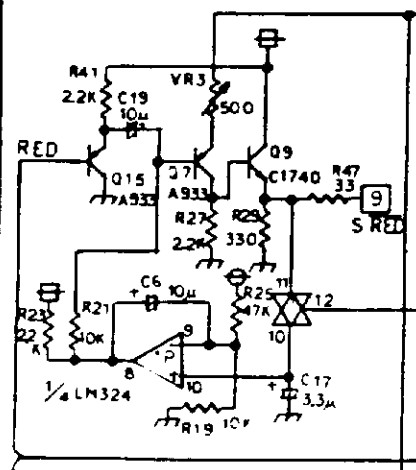 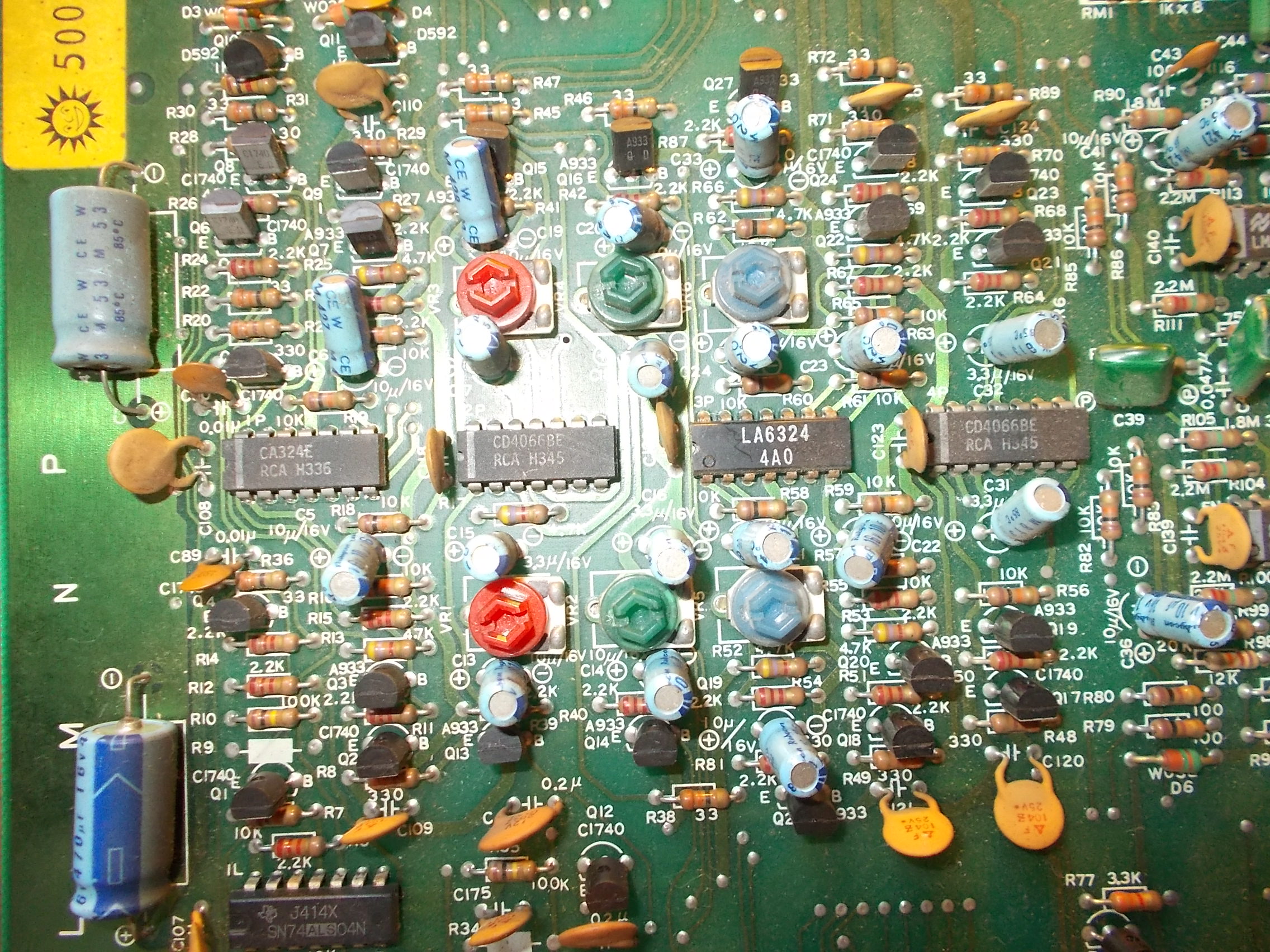 Probing the output pin 8 of this OP-AMP I could measure only +1.4VDC against +10VDC of the output of the other one @3F which is involved in the blue color (which was correctly working)

So I decided to pull out the LM324 and add a rounded machine-tooled socket :

When tested out-of-circuit, it failed: 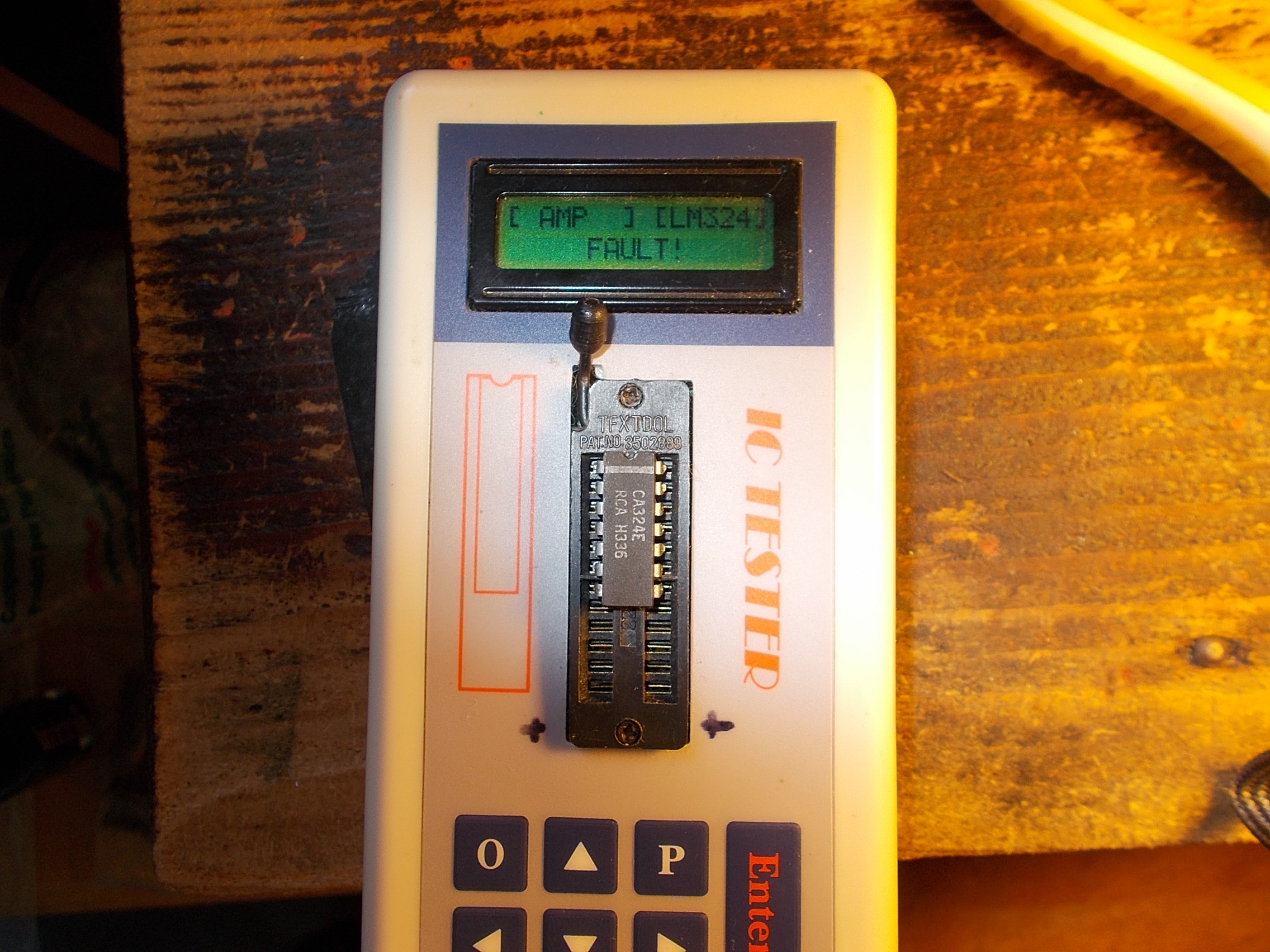 Fitted a new one: 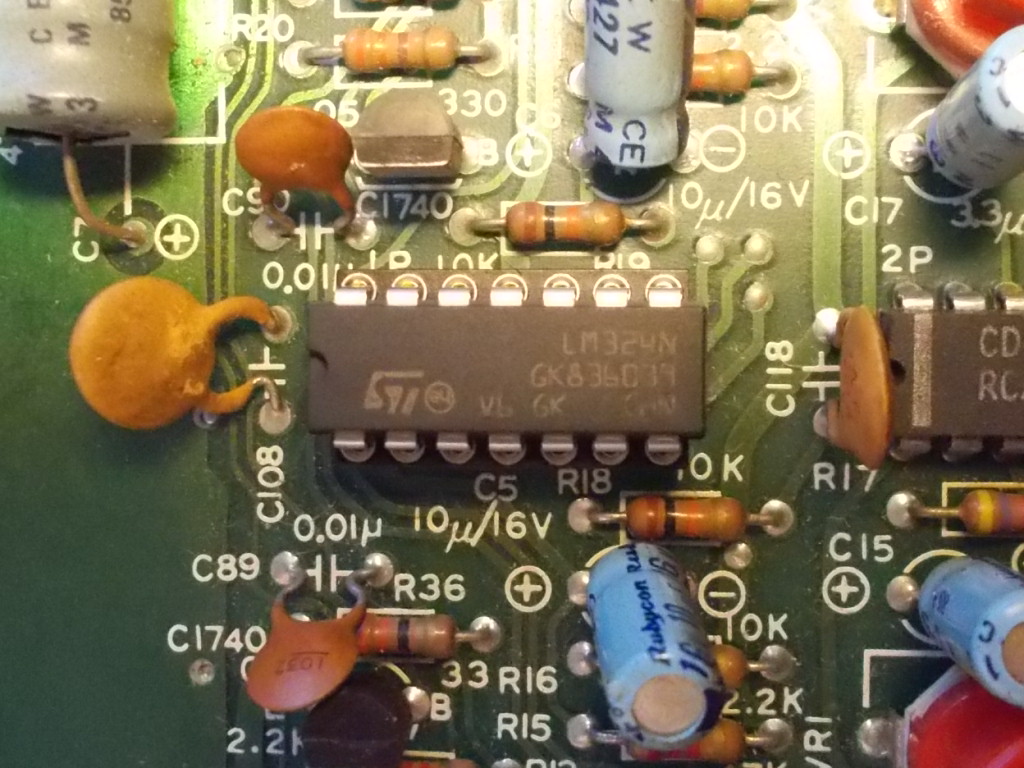 and red color was restored :

No further issue were found so board 100% working.End of job.