Got this Nitro Ball PCB from my friend Corrado as not working: 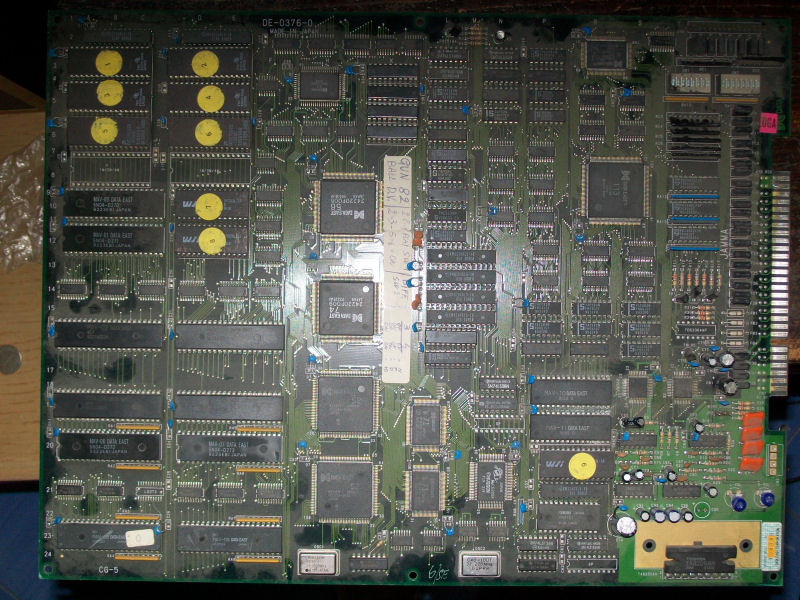 When I first fired it up I was greeted by a solid black screen.Hardware uses, like other DATA EAST games, a custom 68000 CPU in QFP package marked “59” whose pinout is unkown since no schematics are available and  nobody has yet figured it out.My first intention was to probe the RESET line on main CPU, this is the first thing I usually do when I got a totally dead board (along with CLOCK pin) but since I couldn’t I started with my visual inspection and I found this: 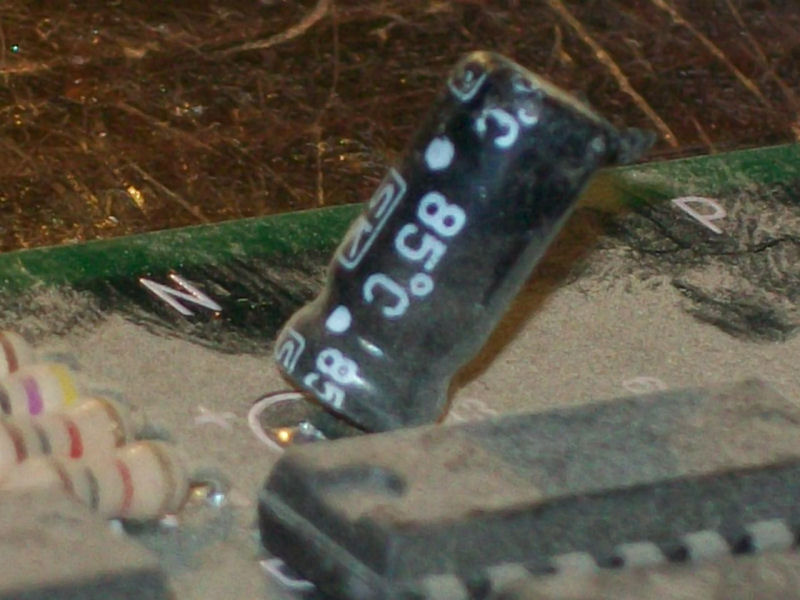 A 4.7uF 50V capacitor @C43 with anode terminal desoldered from its pad.This may seem a minor thing a but not in this case since this capacitor was part of the RESET circuitry along with a voltage monitor transistor (silkscreening suggests a  PST518A IC but a generic BC547 transistor was used instead in order to detect a voltage and generate a RESET signal) : 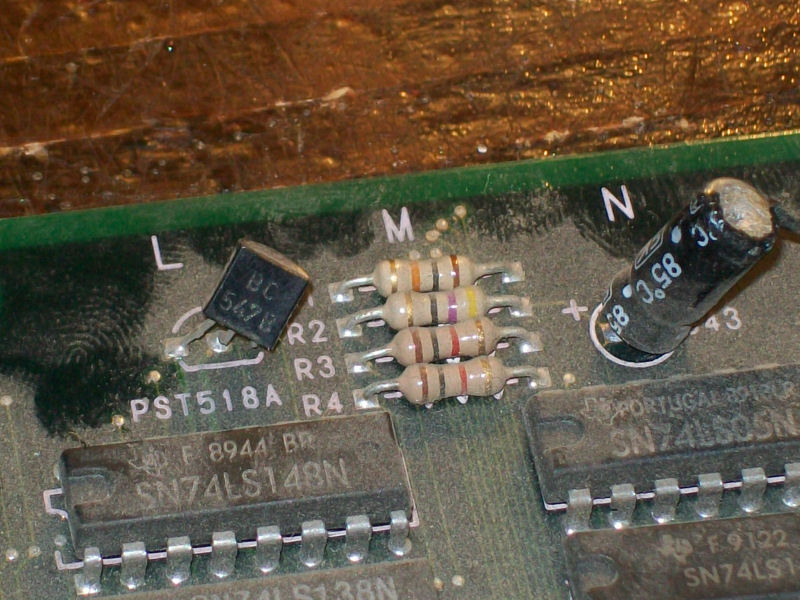 Once replaced this capacitor board properly booted but all screen was red:

A dominant red color means that blue and green ones were missing so I traced them back to three transistors: 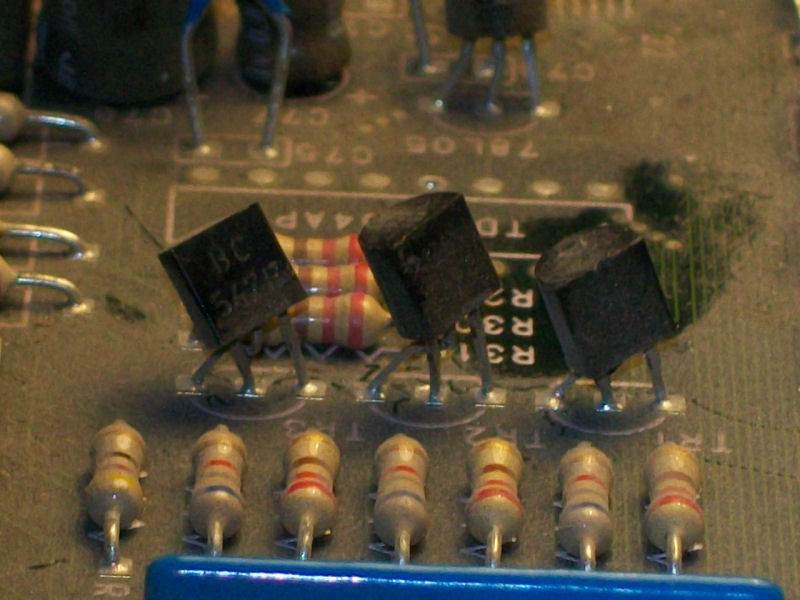 As you can see from picture above manifacturer/assembler used three compatible BC547 transistors compared to original silkscreened part adapting their different pinout by rotating them and twisting the base and collector legs.This caused a short circuit between the base and collector of the blue and green (TR2 and TR3 on picture) transistor.After clearing the short colors came back to normality. 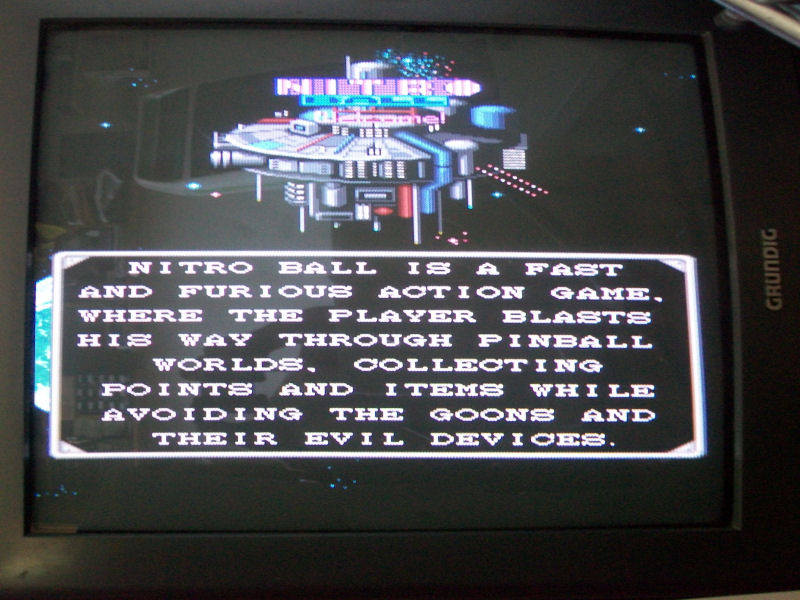 No  further issues were found on PCB so I could declare this one 100% fixed.