Another one of Muddymusic’s boards.
He actually sent me 3 of them in various states but I chose the cleanest and most complete to focus my attention on.
Game booted to a screen of garbage and the watchdog was constantly resetting the machine.
I initially checked all of the ROM’s and they all checked out fine so I guessed the issue was going to be RAM.
I desoldered the 68000 CPU anyway so I could use the Fluke 9010 and see what was going on.
Looking at the memory map in the MAME source code in othunder.cpp we can easily see where various things sit.

First off I checked the CPU is able to actually read the ROM’s properly. I calculated the ROM signatures for this version and ran ROM checks. 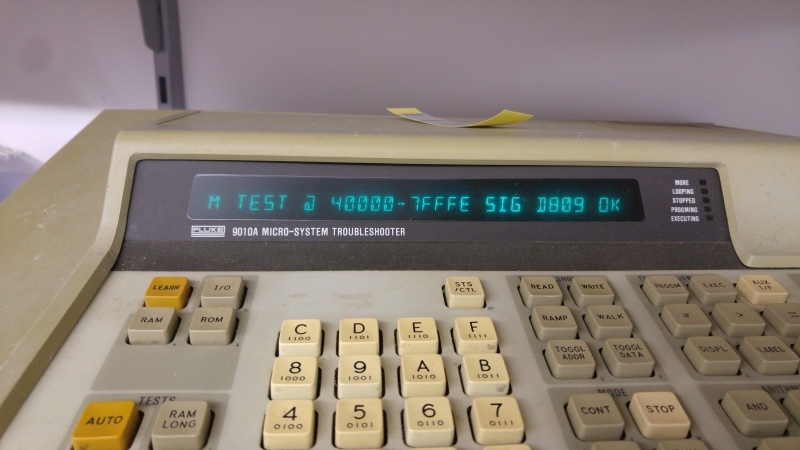 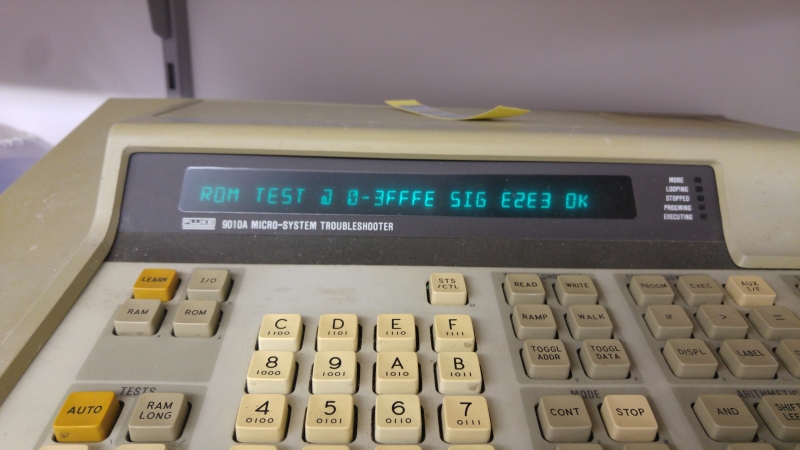 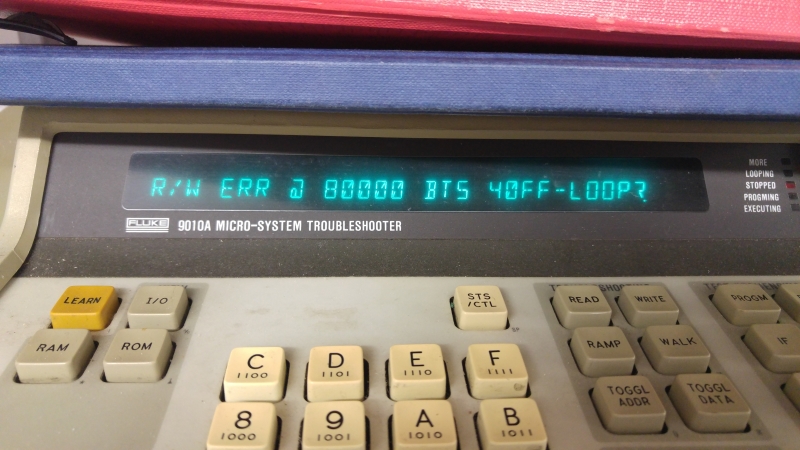 So we have an issue straight away. At this point I did a few manual read/write tests.
First I wrote 0x5555 and reading it back gave me this 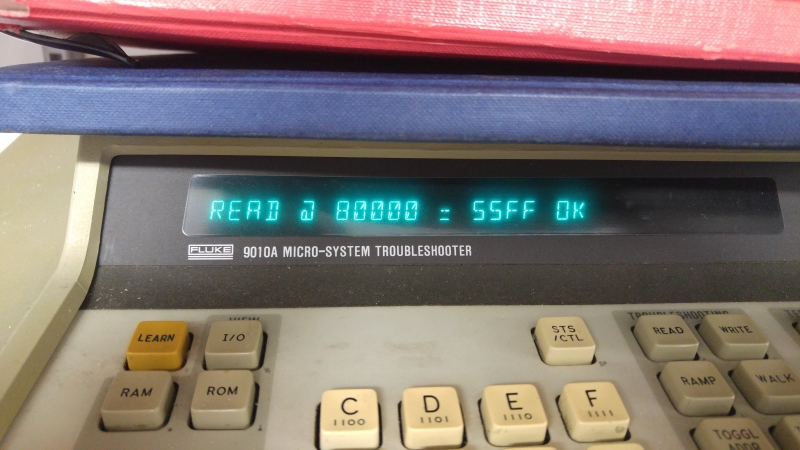 So it looks like half the RAM is working but needed to confirm by writing 0xAAAA. 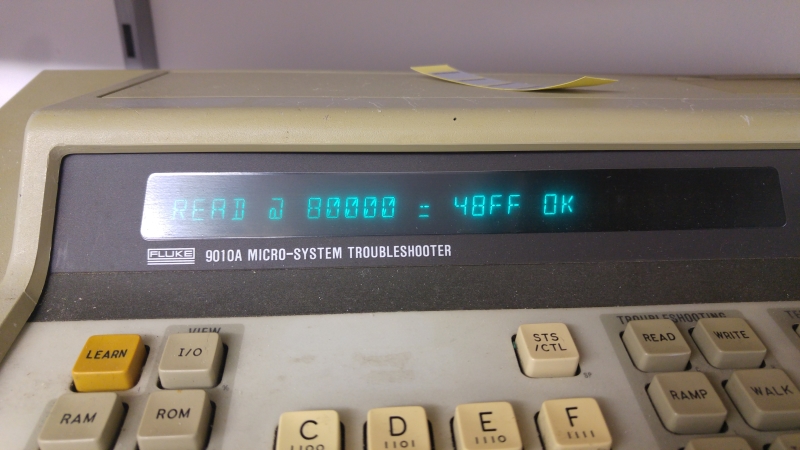 By testing both of these values separately instead of testing 0x0 and 0xFFFF we also test none of the adjacent pins are tied together.
So I removed both of these RAM chips and they both failed tests out of circuit.
Replacing them let the Fluke test pass and gave me the following screen 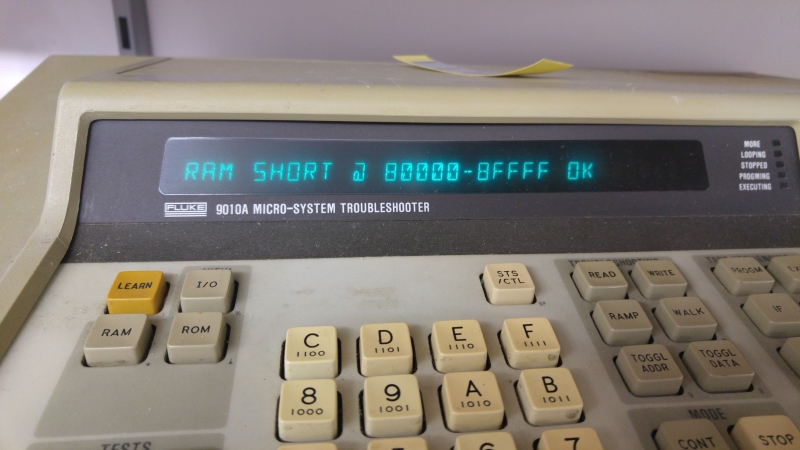 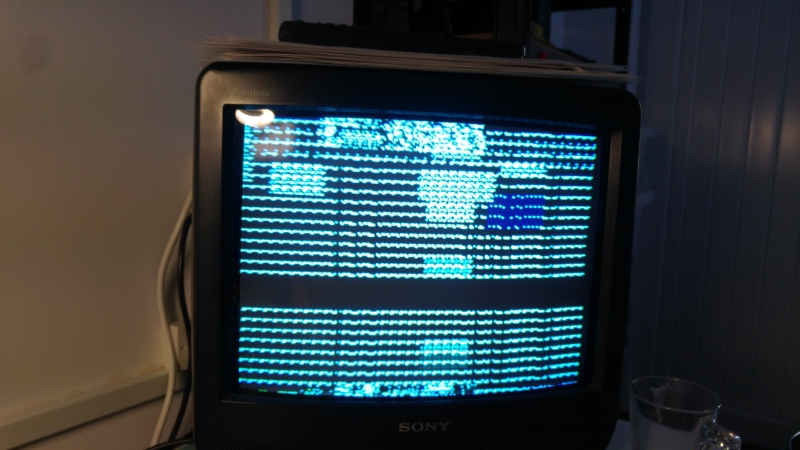 At this point it looked like the the game was trying to boot but kept resetting still.
Looking into the program code I could see that after the main RAM is tested the palette RAM is tested.
The palette RAM hides behind custom chip TC0110PCR which uses address 0x100000 – 0x100007 to deal with all of the RAM. Again following the code I could see the address is set by writing a byte between 0x0 and 0xFF to address 0x100004 and the data is set by writing a word value to 0x100002.
Here is what I got from my tests 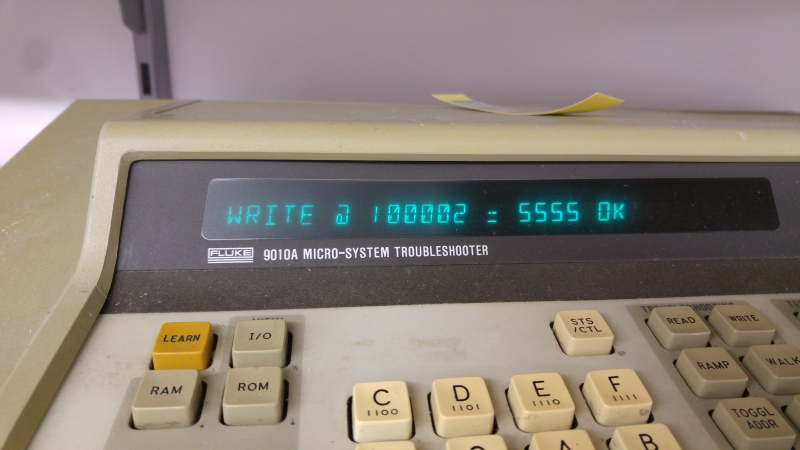 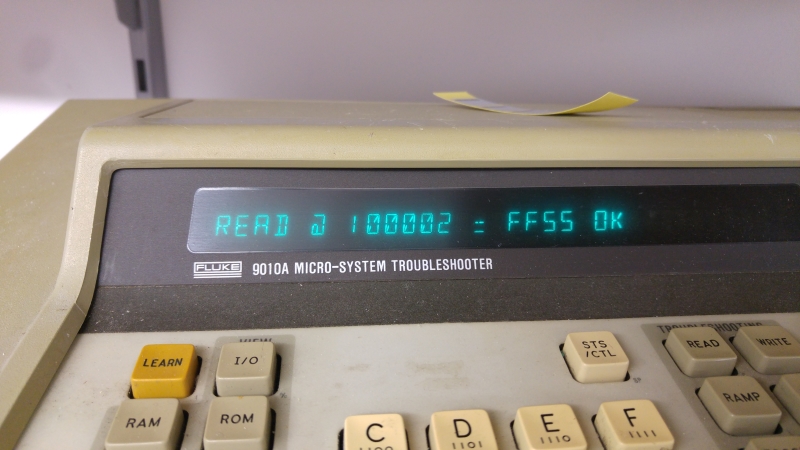 Again it looks like one of the RAM chips is faulty.
Looking at the schematics I could see that RAM chips IC75 and IC79 are the ones im after and that IC79 is my problem RAM. 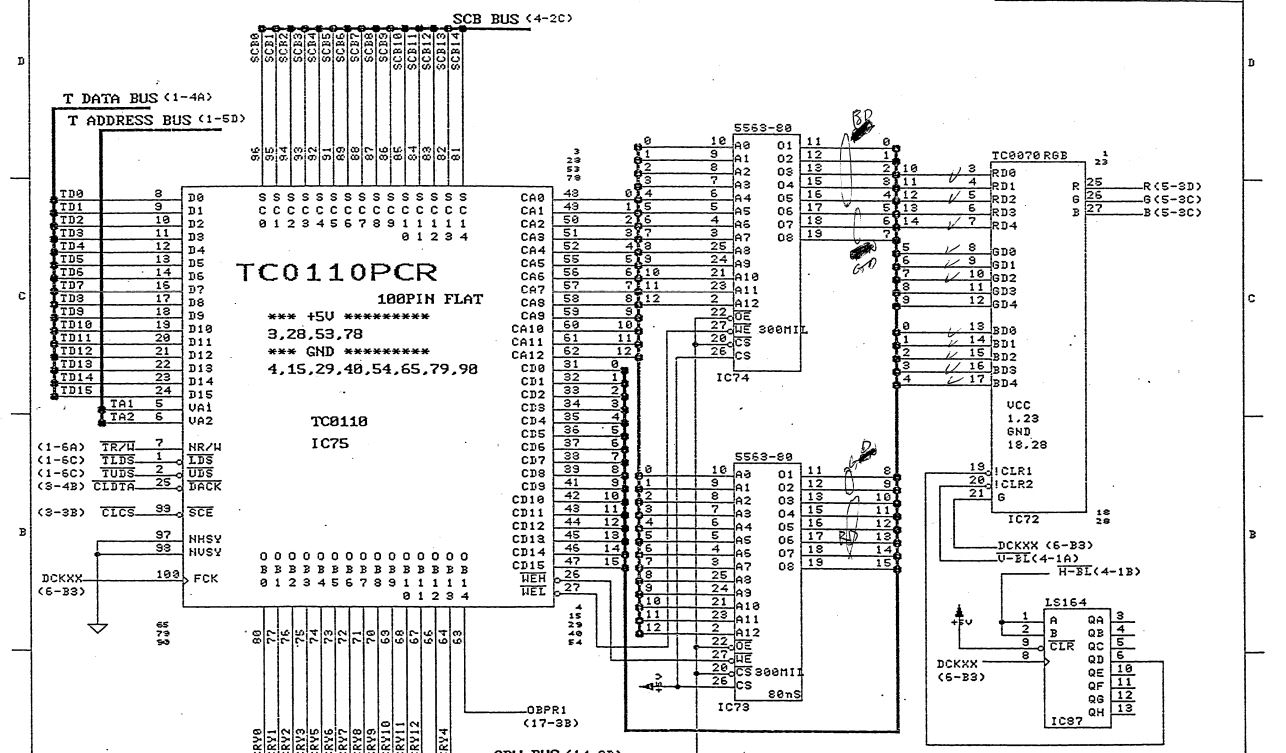 Replacing this RAM now gave me this screen 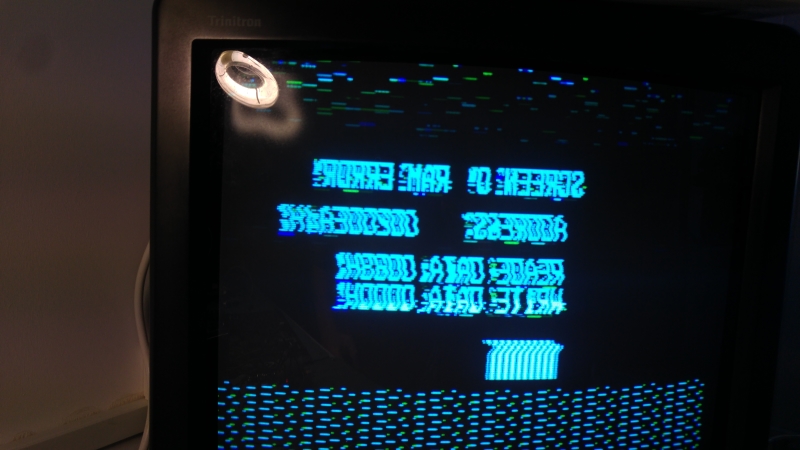 The image is reversed as this game normally uses a mirror to invert the picture.

Having identified the screen RAM from the schematics 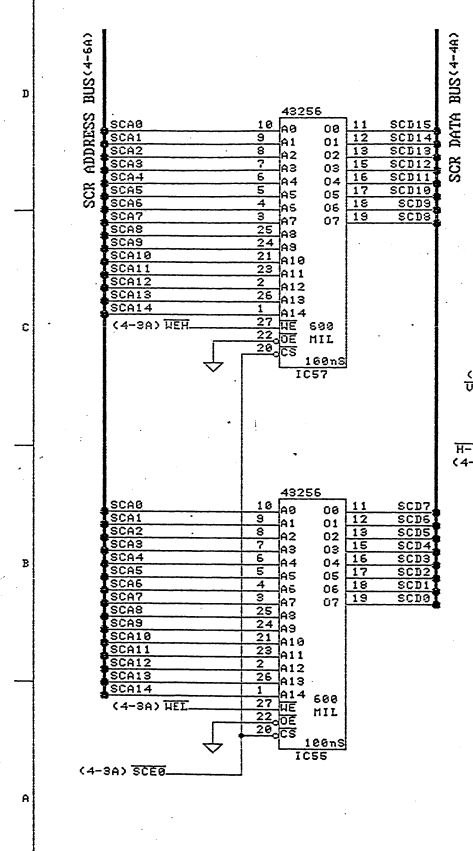 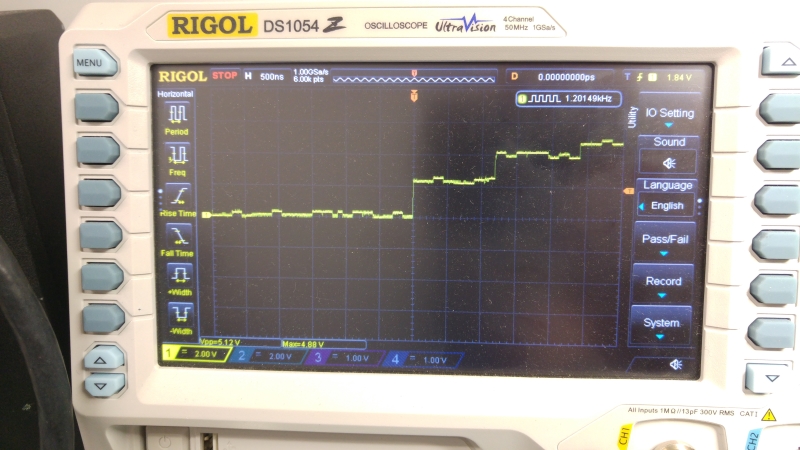 So out both of these came and then we got this 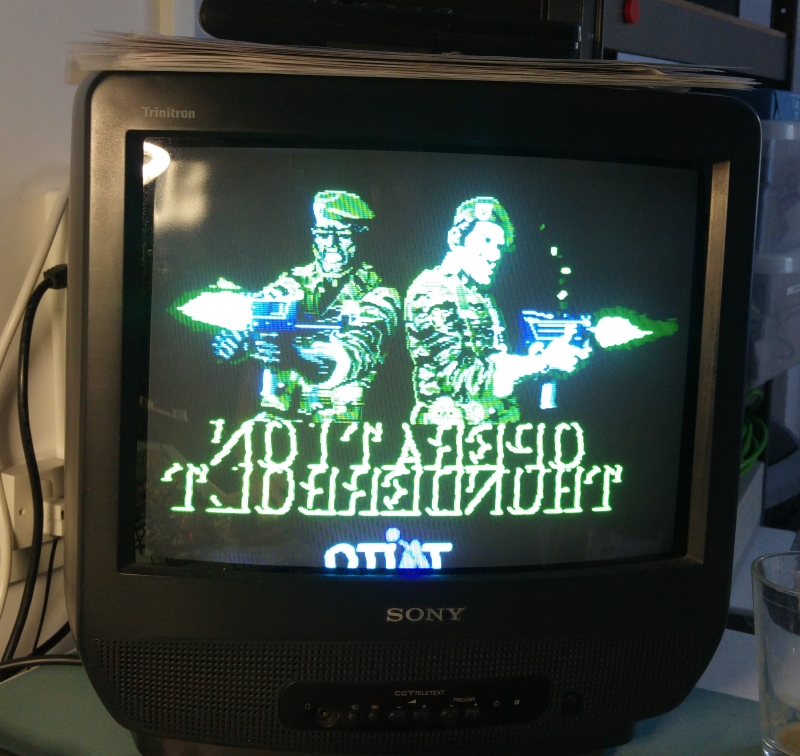 So whats up with the colours? I confirmed the RAM was good using the Fluke. Turns out I was 1 off when making up my adapter so this fault wasn’t actually a fault at all, just human error.
Fixing my mistake gave me this 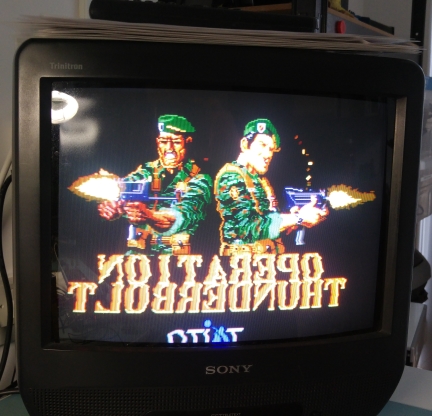 This is good but there were some jailbars in the sprites.
I couldn’t get a clear picture of this as the RGB levels on my supergun are currently fixed and too bright but you can make out there are some differences between these two pictures.
The ripple is also caused by my RGB levels so ignore that 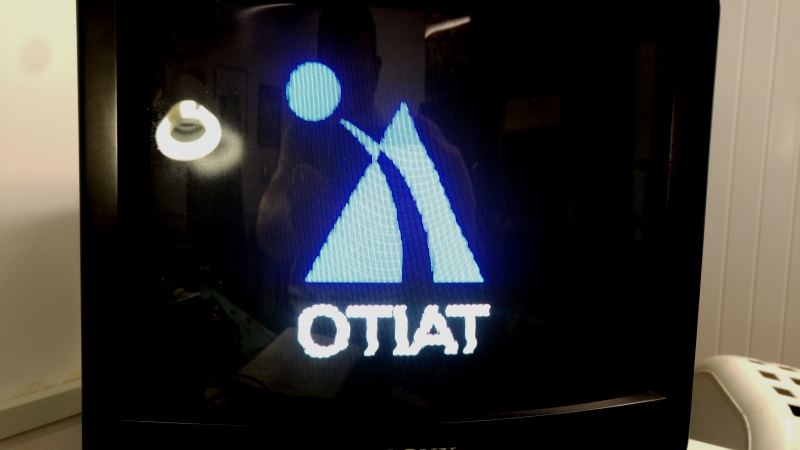 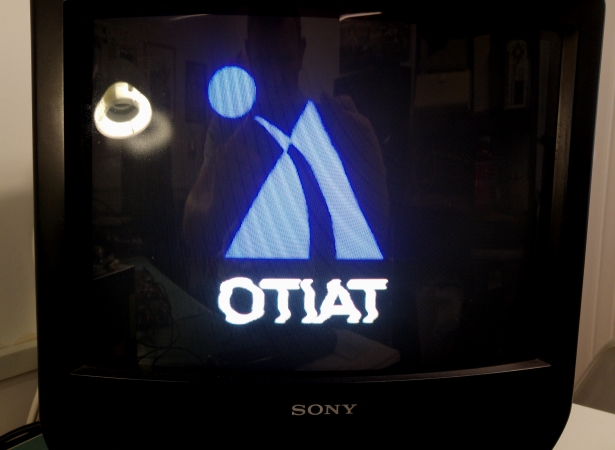 Finding this fault was quite easy. I knew the MASKROM’s were good as id dumped them out. The associated RAM looked good on the scope. The next bit in line were 2 x 74LS374 chips. 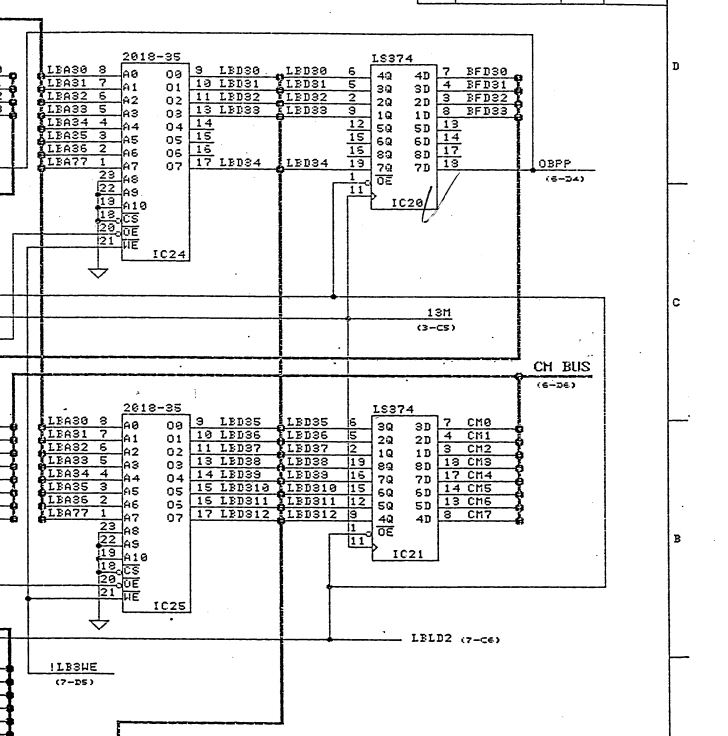 I replaced this and the graphics were restored.

Next onto the sound.
Hooking up the sound surprised me as the sound was present but there was an issue.

As there was some sound I was confident the CPU and ROM/RAM were good.
I had 2 other board sets so I opted to swap MASKROM’s one by one. Swapping B67-07 fixed the issue.

That’s as far as I can test this board now so will send it back.