Got this board set from Paulcan69 to have a look at.
The faults reported were gun shots do not register & there was no sound.
I was told before hand that the gun issue seems to be a very common problem so I focused my attention on that first.
The input from the gun comes in from the sound PCB and passed straight down to the main PCB.
First I checked the signal from the gun was actually reaching where it should do

I confirmed that on a trigger press in game that the signal reaches pin 3 of the 74F74 at IC26 and also that pin 5 output latched.
Using the scope I could also confirm the operation of the 74LS75 at IC38.

The current XY screen draw position is tracked by a set of 74LS161 counters and fed into 74LS373 transparent latches. 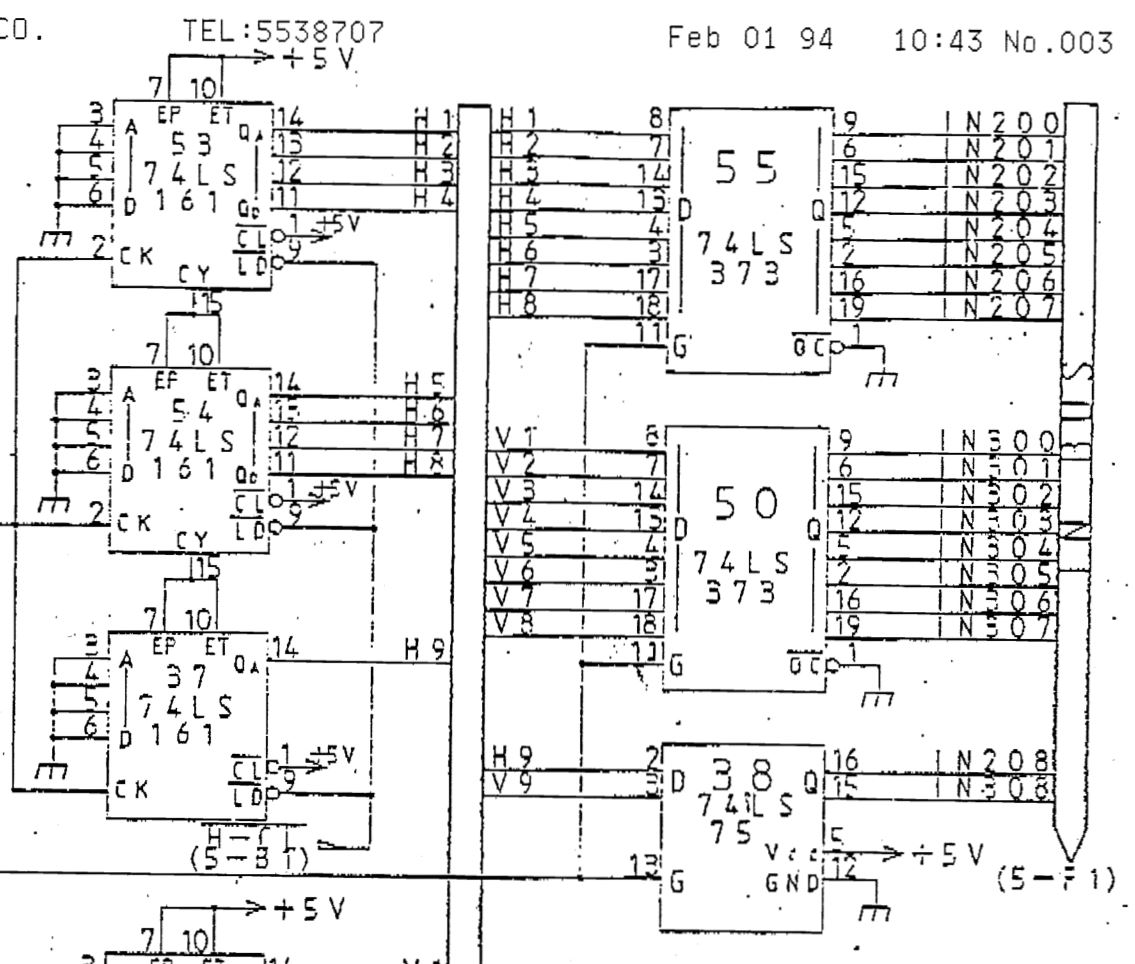 When the trigger is pressed the the 74LS373’s are latched and the current XY values are sent to 3 x 74LS257 data selectors. 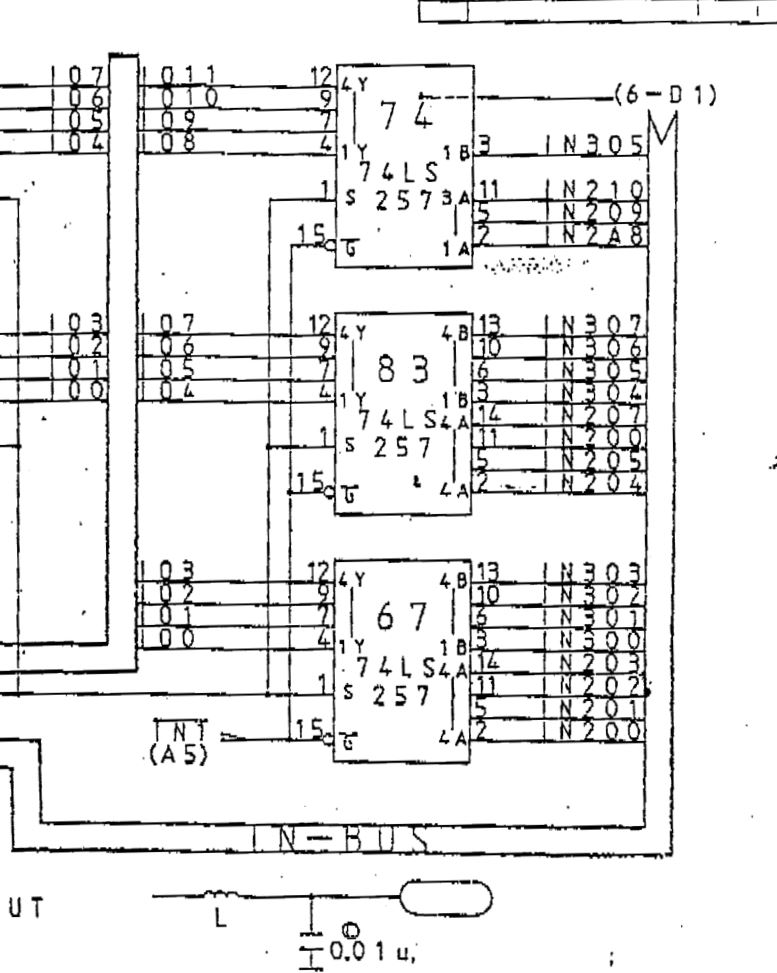 These selectors are read by the main CPU from address $3A0000 – $3A0001.
Using the scope syncing on pin 15 of the 74LS257’s I confirmed that some of the outputs on these were always logic HIGH.
I ended up replacing IC67 & IC83 which fixed the gun problem.

Next was the sound issue.
This one had no sound at all.
All the signals looked OK from the CPU side but nothing was ever being asked to play a sound.
Given the fact that the board uses the Sony brand RAM I just went right ahead and removed it as they have been very unreliable in recent times.
It failed in an out of circuit test using my programmer 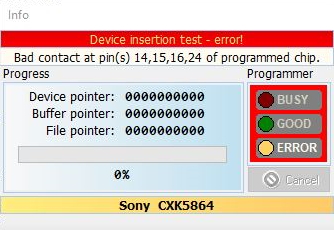 Now the music was back but the samples did not.
I already had a pretty good grasp on how the sound worked from my previous repair so started checking the same areas as before but didn’t really find anything but then I spotted this 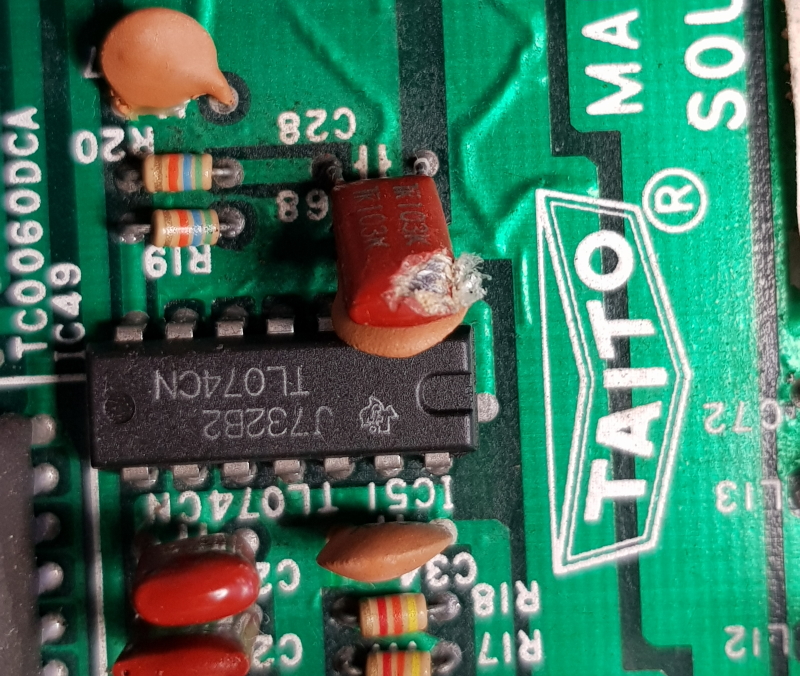 This is part of the feedback circuit for the op-amp. Replacing this gave me some samples back but they cut out before they finished playing and some didn’t play at all

I knew exactly where to look for this and quickly found the 74LS688 at location IC41 with its output stuck LOW. 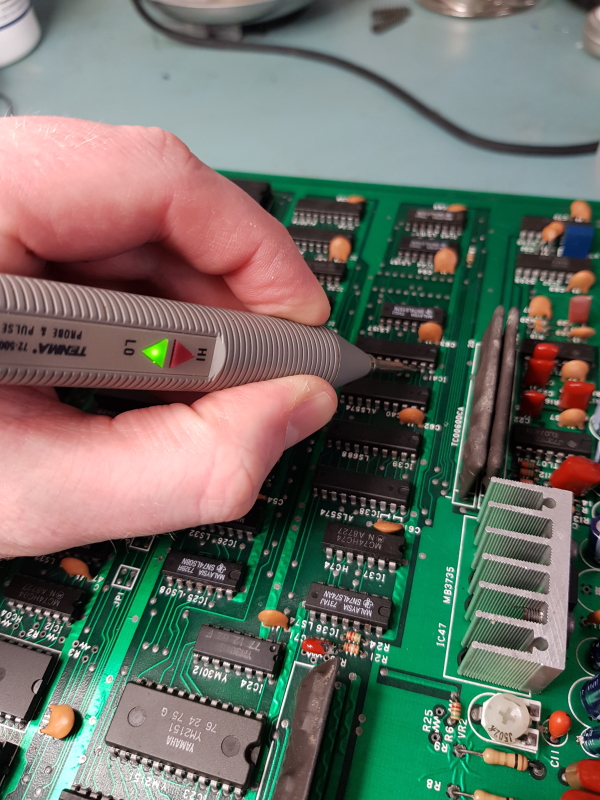 I removed and tested which obviously failed

I initially thought I would have to put this repair on hold as I needed to order some 74LS688’s but turned out I had to wait less than 24hrs for Farnell to deliver.
With the new chip fitted I had my sounds playing for the right duration but all the samples on the A channel were still missing altogether.
Using the scope I traced the sound to the output of the M5M5205 ADPCM Speech Synthesis LSI at IC50 (schematics incorrectly refer to it as IC51) 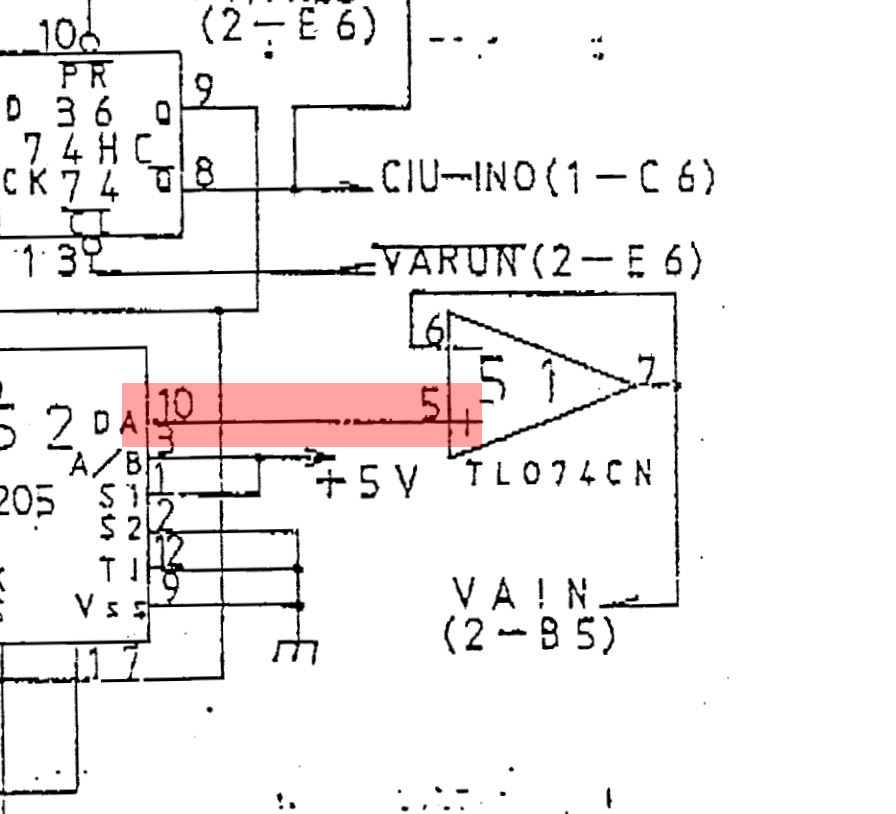 I could see the signal going into the op-amp but nothing was coming out so I replaced it. 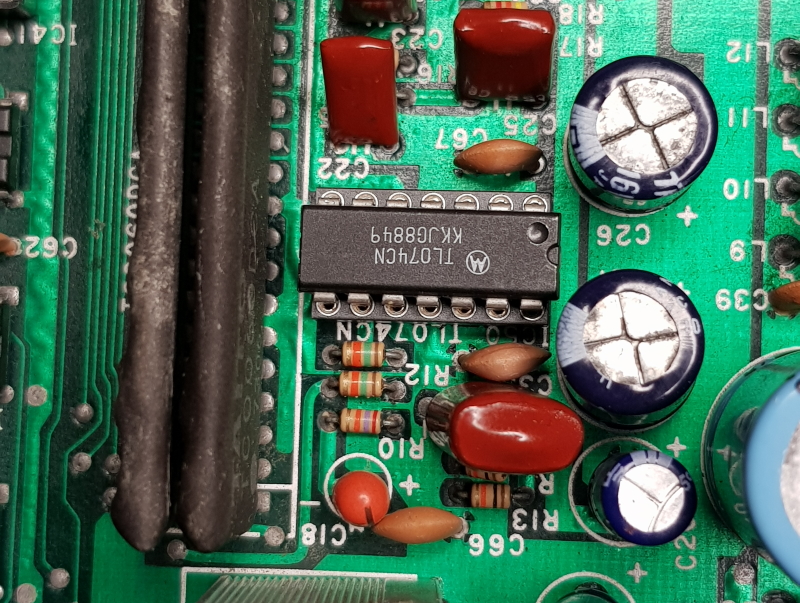 I now had an output from the op-amp but still no sound. Tracing this through on the PCB I came across another damaged capacitor (no idea how I missed this one as well) 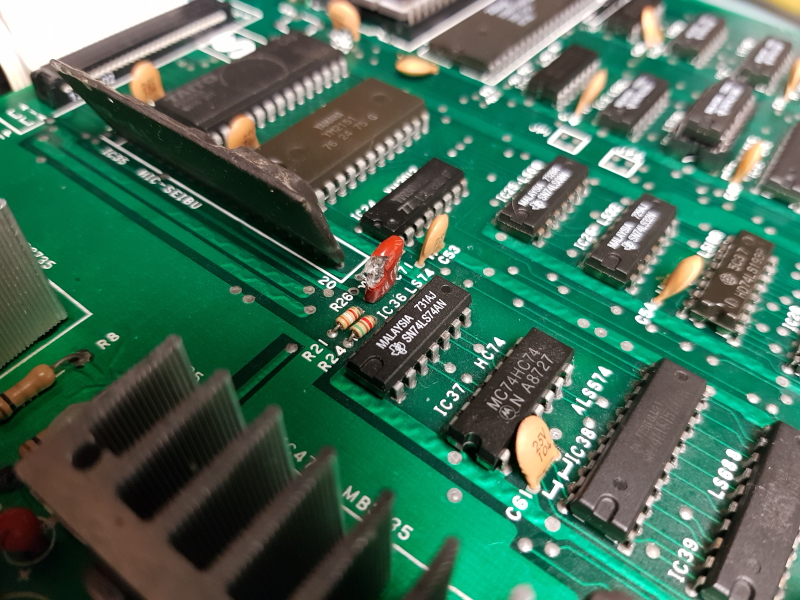 Replacing this brought all the sound back and that’s another one complete.