I received some days ago an Ordyne PCB for repair.Game runs on a powerful system called “Namco System 2” made of a CPU board: 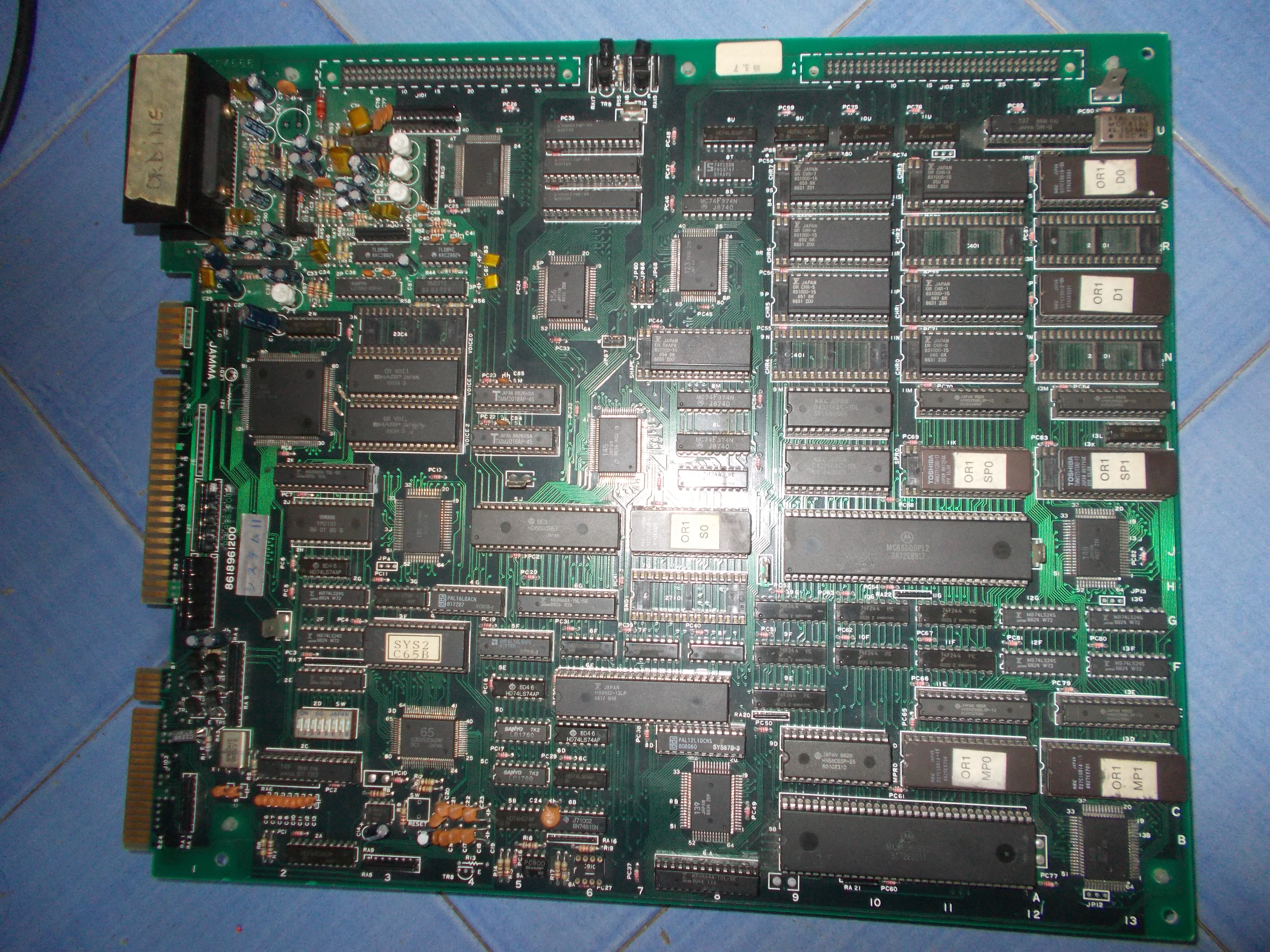 and a VIDEO board: 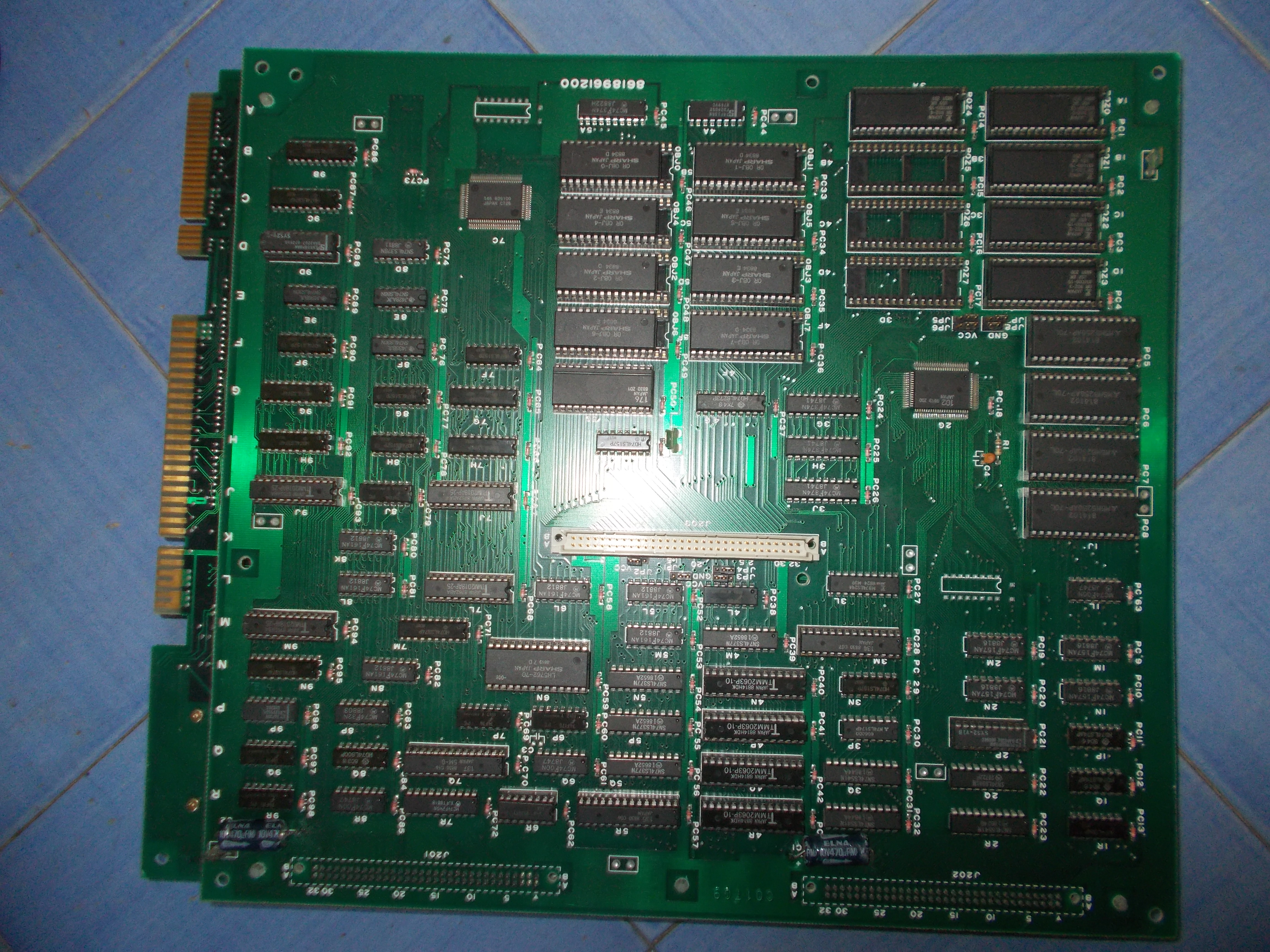 Here are some specs:

My board was faulty since it was sitting after performing the SELF-TEST without reporting any error  :

First of all I swapped a good motherboard but this didn’t lead to any improvement so the fault was located on VIDEO board.At a closer inspection I found some scratches on solderside of this board: 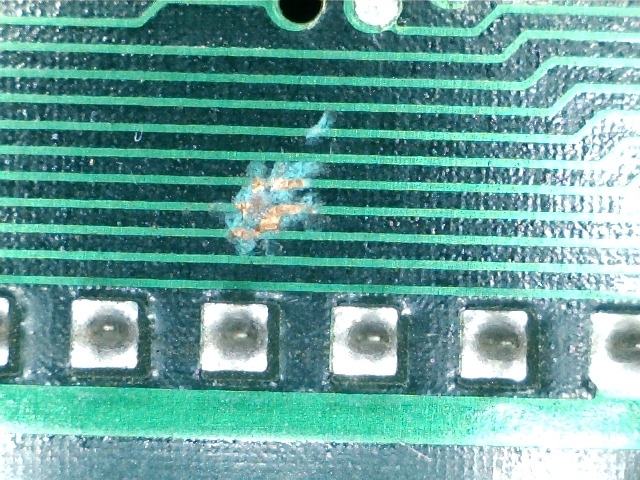 One trace was really severed, it was the one connected to pin 9 of the KEY custom ‘176’.Problem was caused due the board has been crushed under some weight hence solder sides of the two boards were touching and scratching each other: 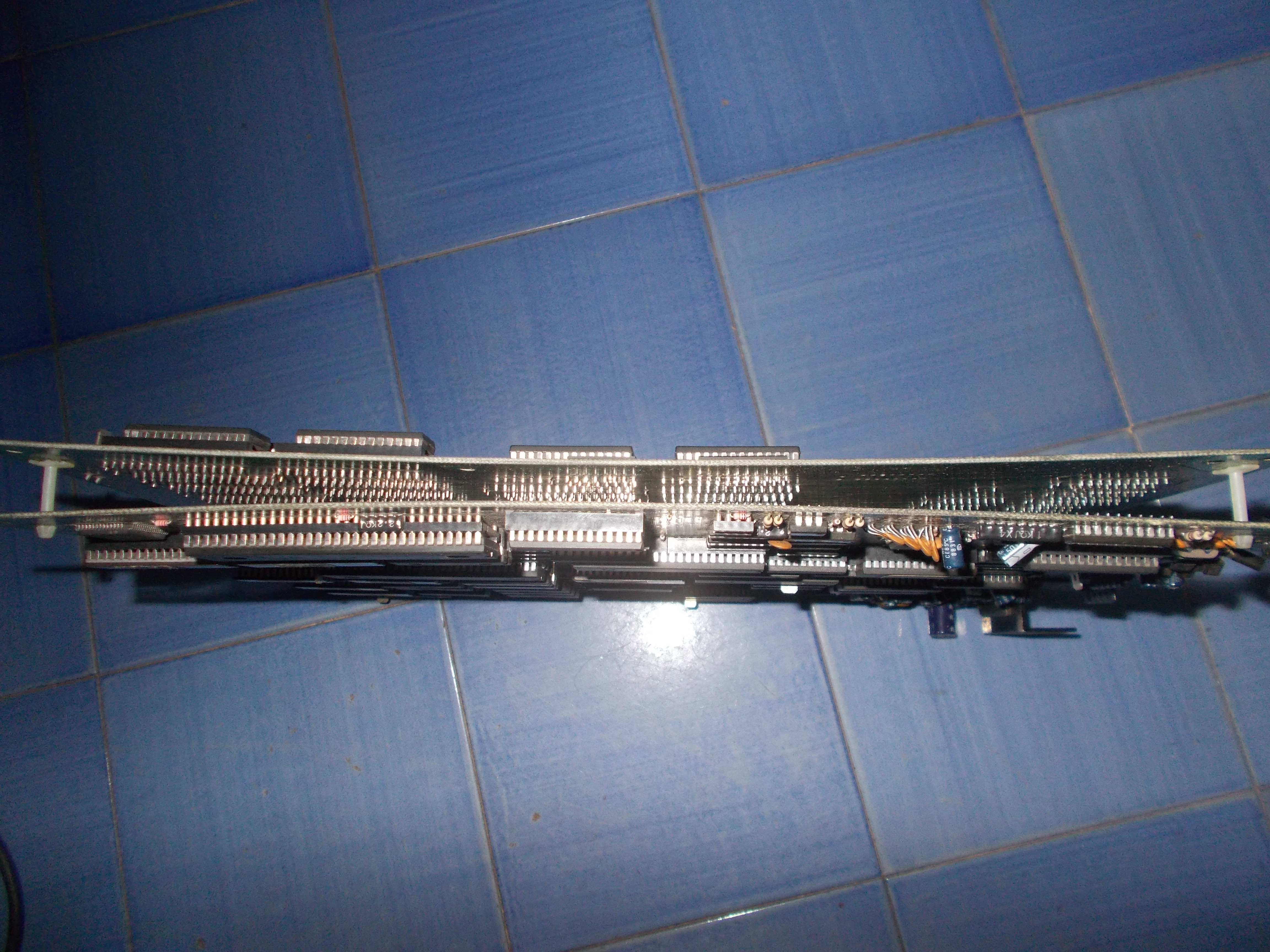 After patched the trace, the board successfully entered in game but I could not coin up.I quickly pinpointed this fault to a missing ‘CUS95’ resistor array @1K near the JAMMA edge: 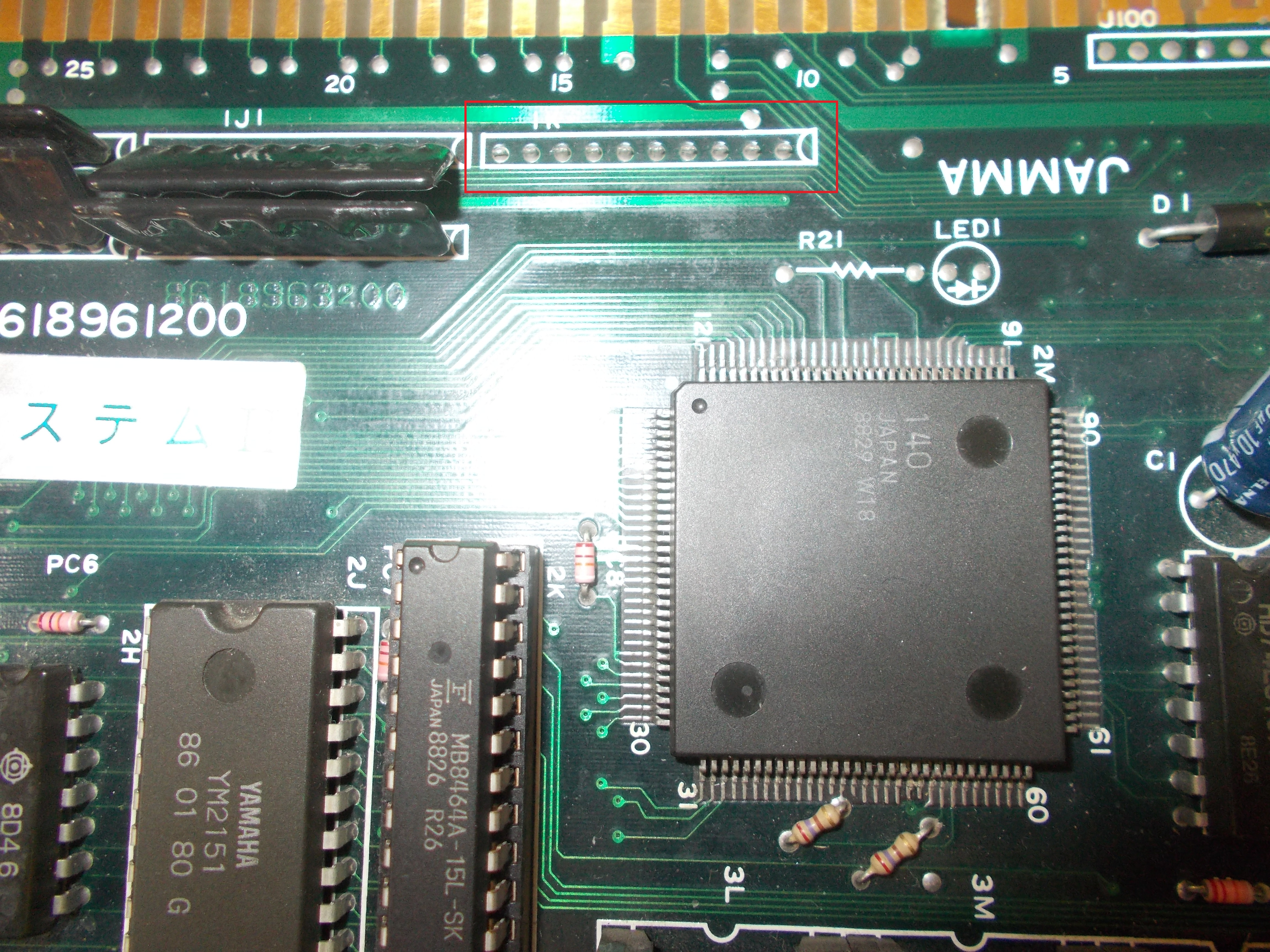 No further issues were found so board 100% fixed.