Another board from my friend ‘robotype’, this is the time of a genuine Sega Out Run: 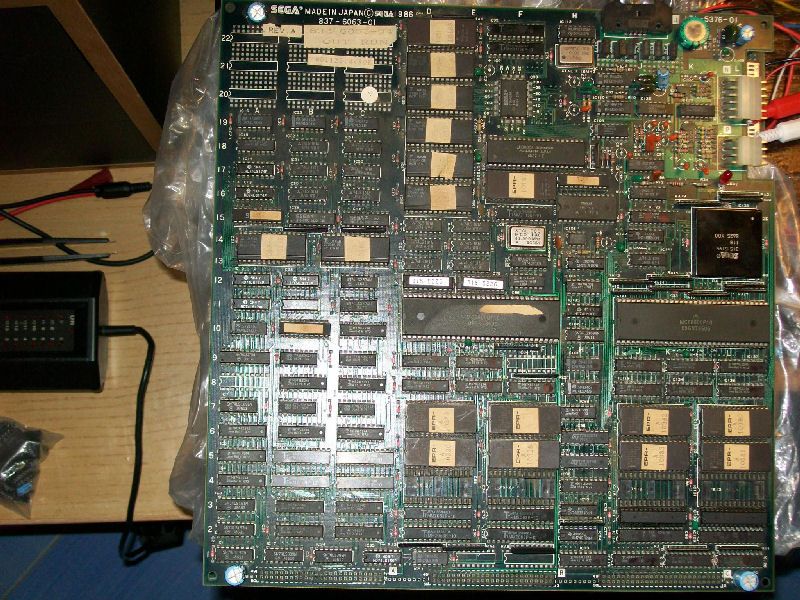 Once powered up I was greeted by a colored  stripes static screen: 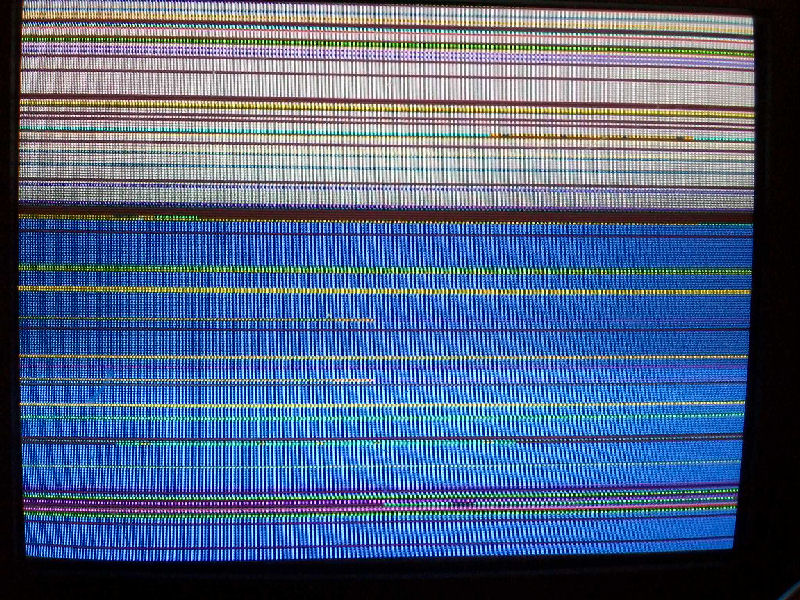 Since I already repaired an Out Run board with same issue I remebered that this is a symptom of active watchdog and infact this was confirmed by probing RESET and HALT pins on main 68000 CPU.I wanted to  use my Fluke 9010A troubleshooter but due the presence of a custom memory mapper between main CPU and RAMs (which, indeed, generates dinamically the memory map on boot) I wasn’t able to do it. 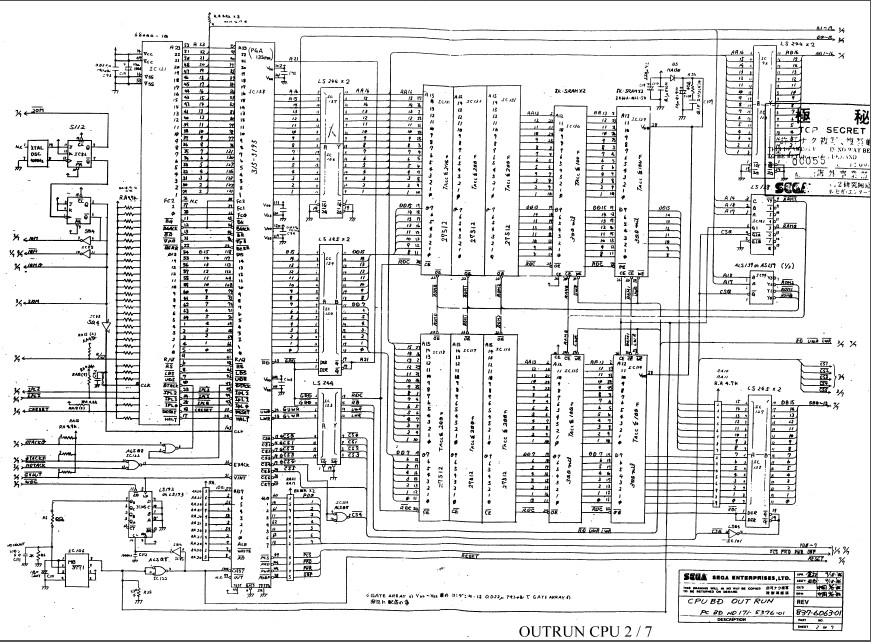 For first I read the four program ROMs and they were good.So I went to probe the CPU/RAM/ROM circuit and I found many CPU address lines tied LOW or HIGH.Piggy backing the two 74LS244 @IC136 and IC137 didn’t change nothing but when I did it on the two TMM2063 (6264 compatible) WORK RAMs @IC115 and @IC130 I got this screen in which I could descry the welcoming message of a successful boot: 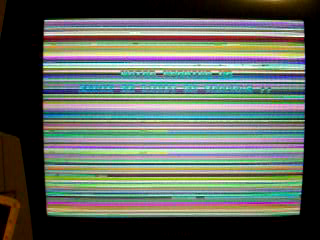 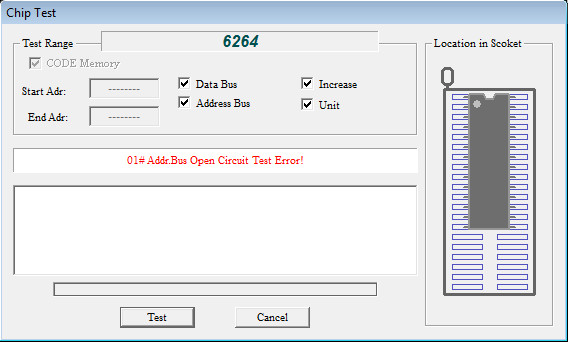 So I could enjoy again the Magical Sound Shower!