My friend Alexander sent me this original Sega Out Run PCB for a repair: 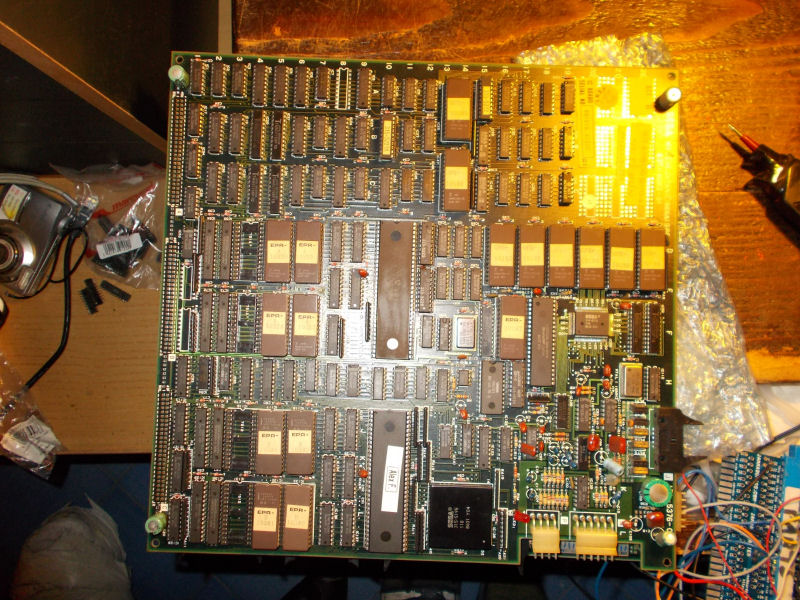 After adapting it to JAMMA I powered it up and I could noticed the defect : 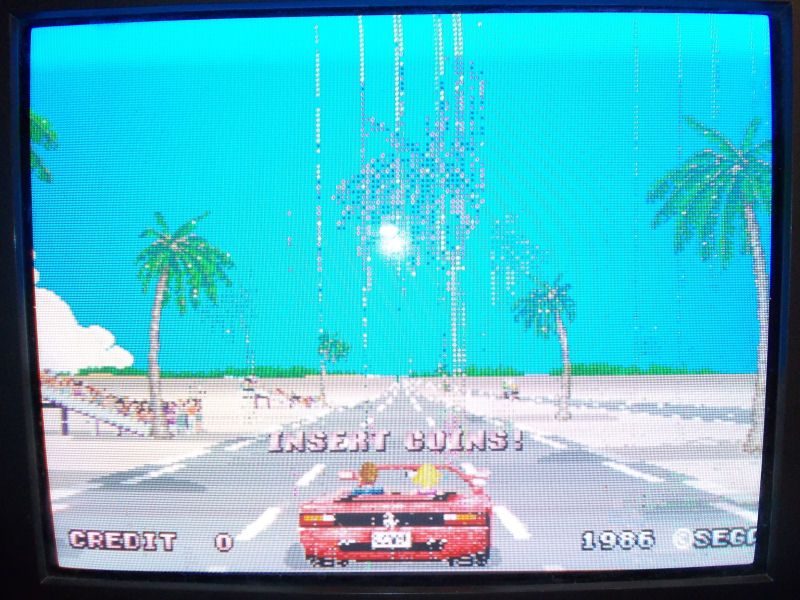 There were some dots on the screen in which I could recognize parts of sprites (lile a ghost images, I’d say).Since video board is the lower one, I could not reach with my logic probe or scope the involved circuitry made of the 315-5211 custom Sprite Generator plus sixteen 62256 SRAMs chips : 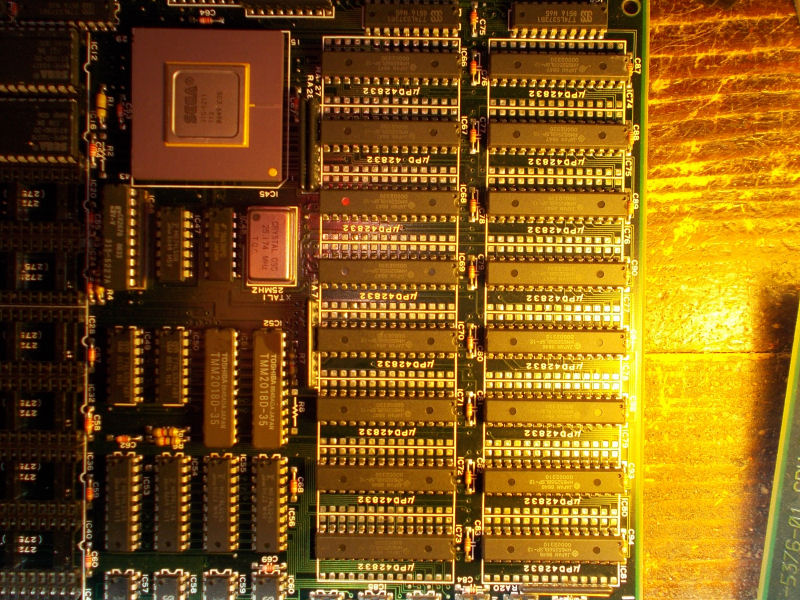 RAM test was successfully performed but didn’t cover all the chips : 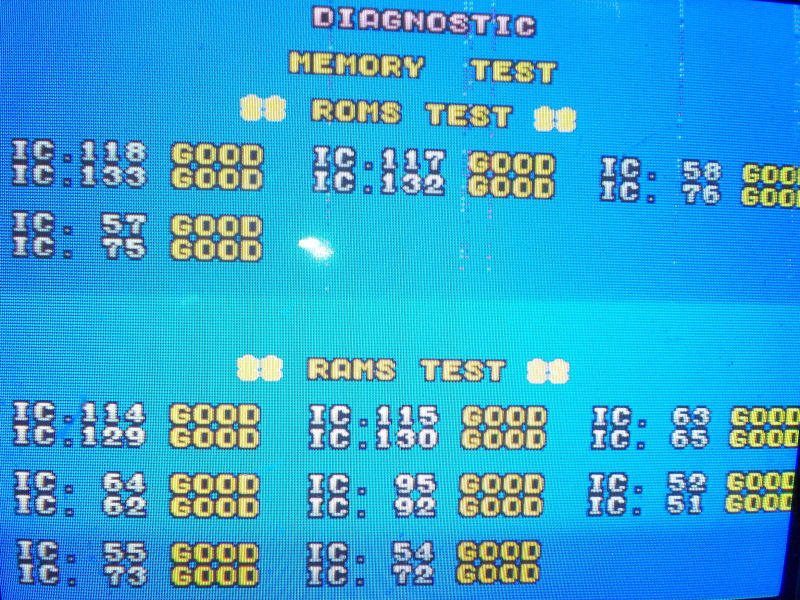 So I went to piggyback each RAM chip and when i did it for the one @IC71, the issue was cleared: 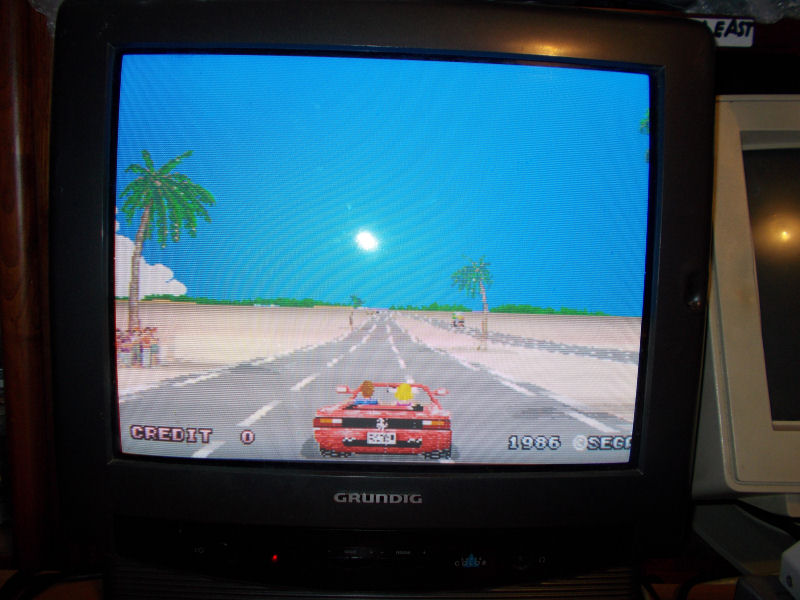 Time to remove the chip and install socket:

Obviously the desoldered chip didn’t pass the test on my programmer: 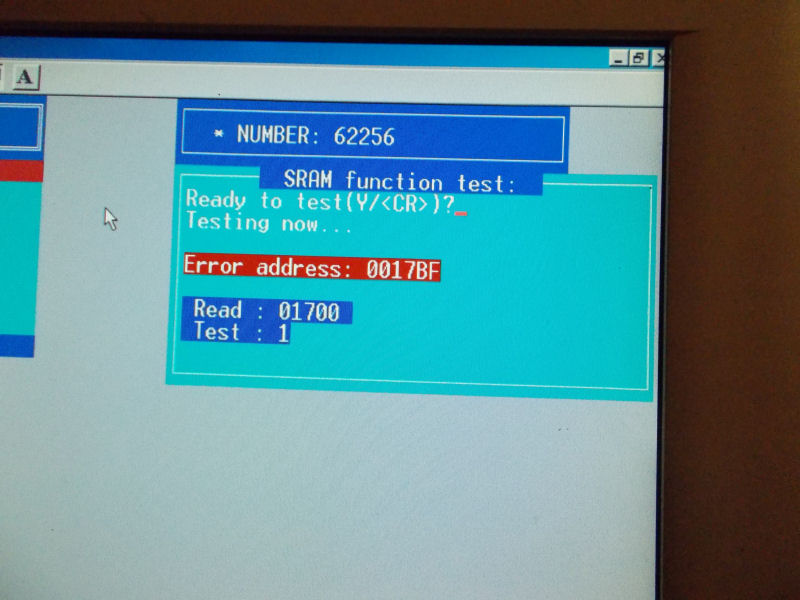