Another Out Zone on the bench and with this one we have five repair logs of this PCB.

Board came in not so great condition, quite dirty : 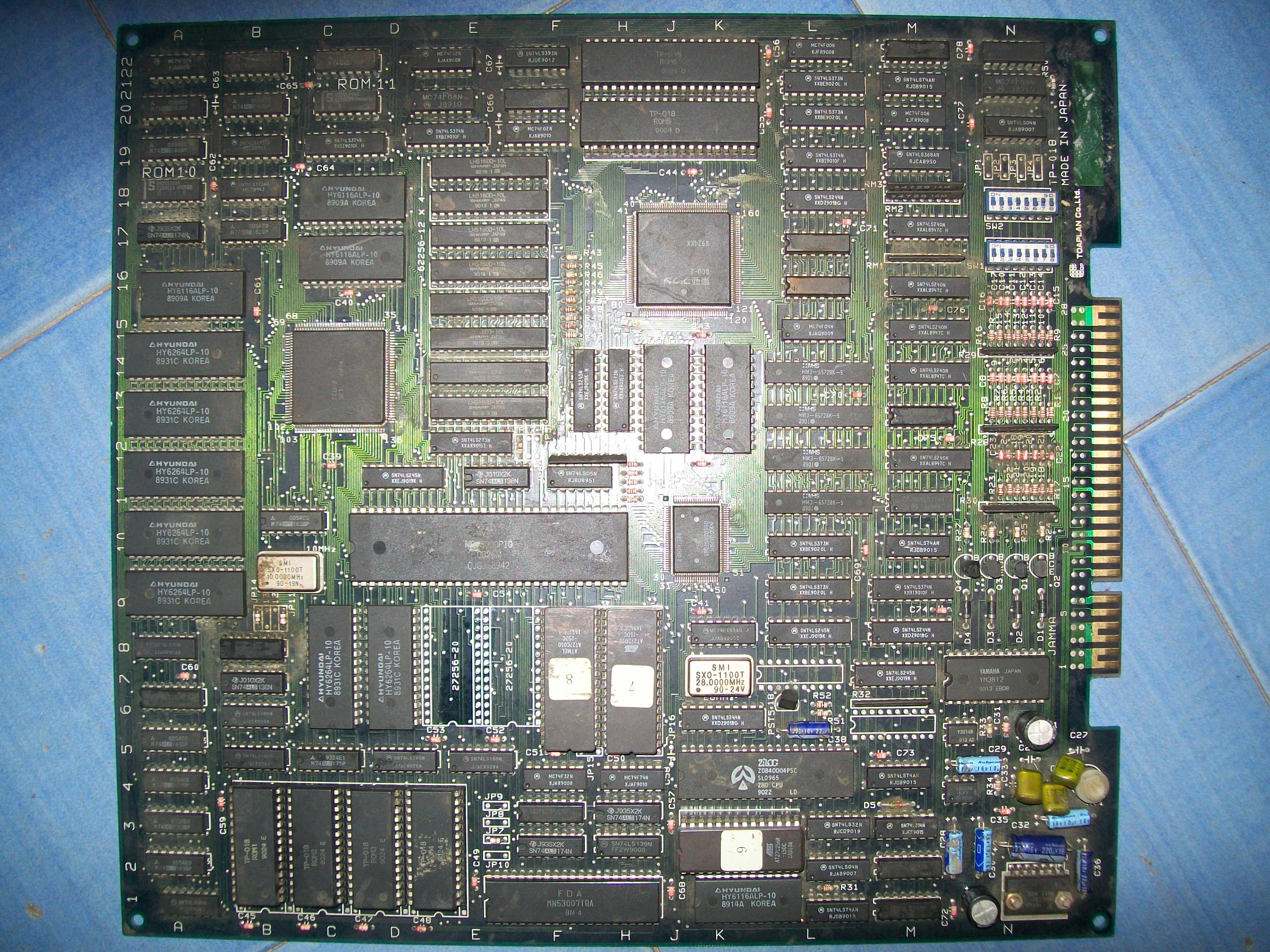 Like all the Out Zone I have troubleshooted, also this PCB suffered from sprites issue, they were garbled and misplaced  :

Having a good knowledge of this hardware, I went to probe the involved circuit.All was fine until my logic comparator reported issue on a couple of outputs of a 74ALS163 @17B: 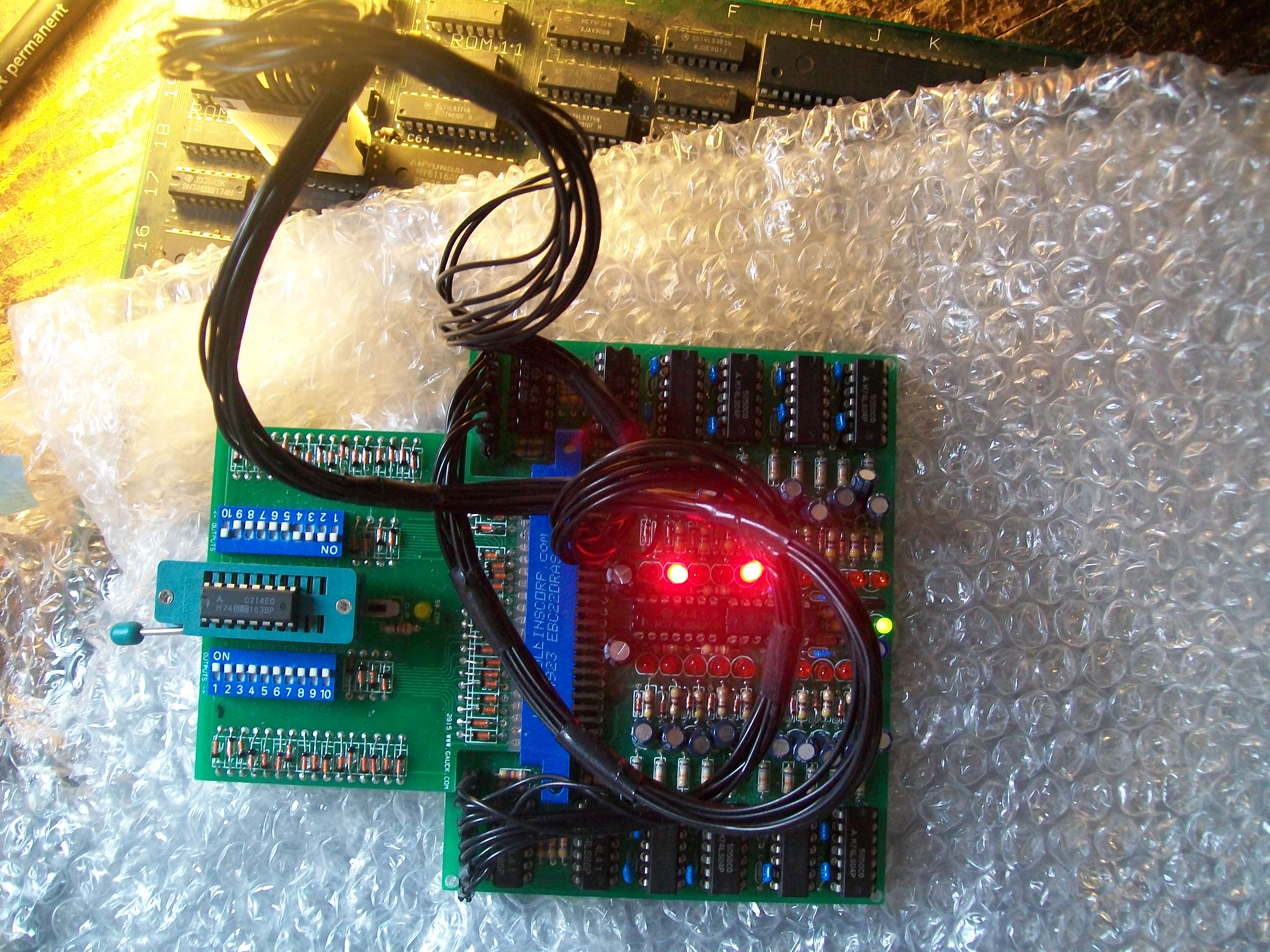 The scope confirmed the outputs were floating compared to inputs:

I removed the IC and the out-of-circuit testing failed miserably: 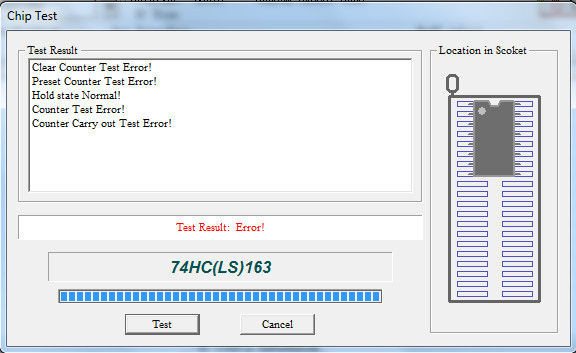 Another Out Zone saved.See you at the next repair of this great game by Toaplan!