Yes, yet another PCB on the bench from this legendary manufacturer, an Out Zone (Europe version) in very good condition: 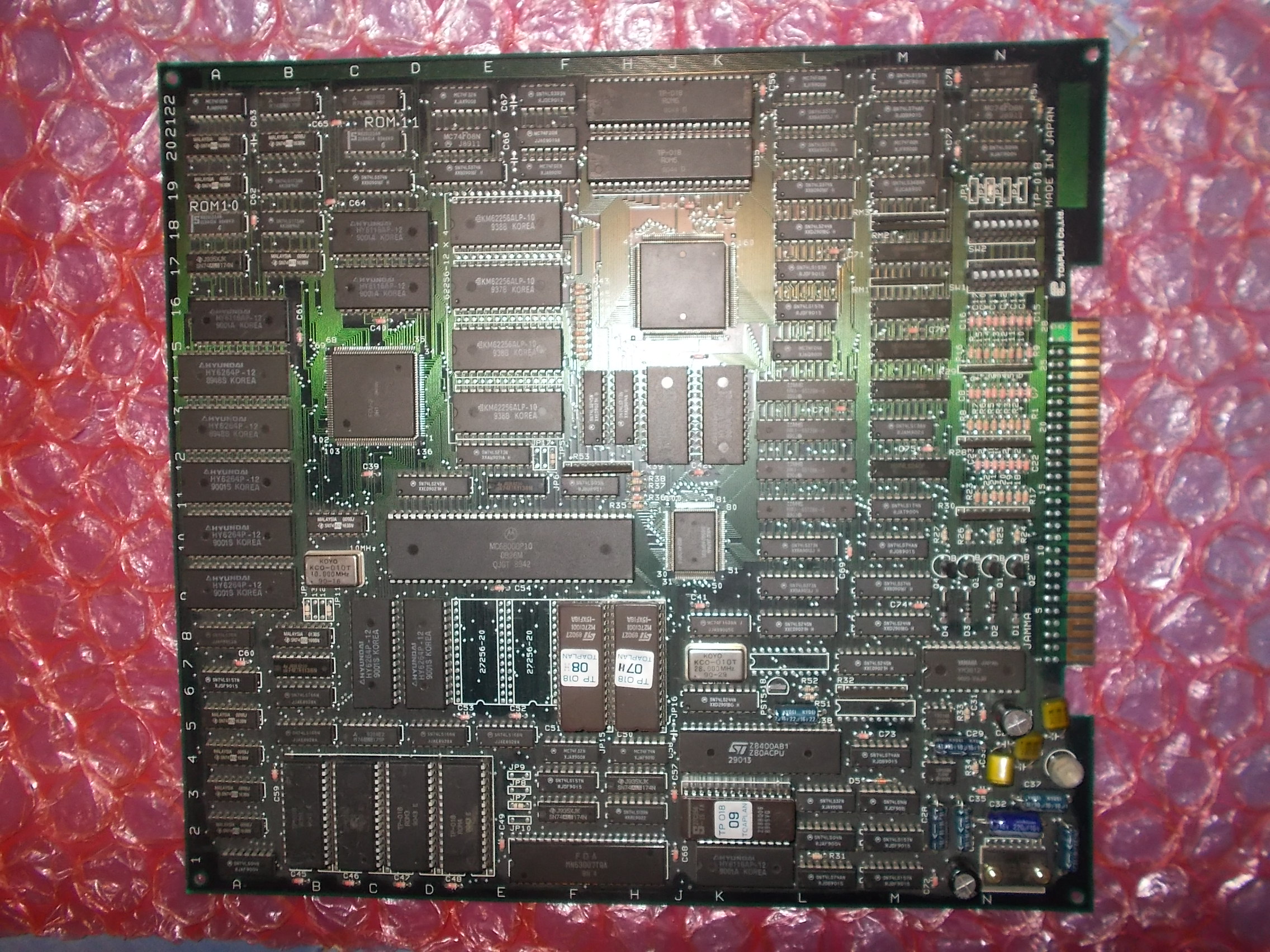 But faulty, all I got was a black/white wavy striped screen on boot: 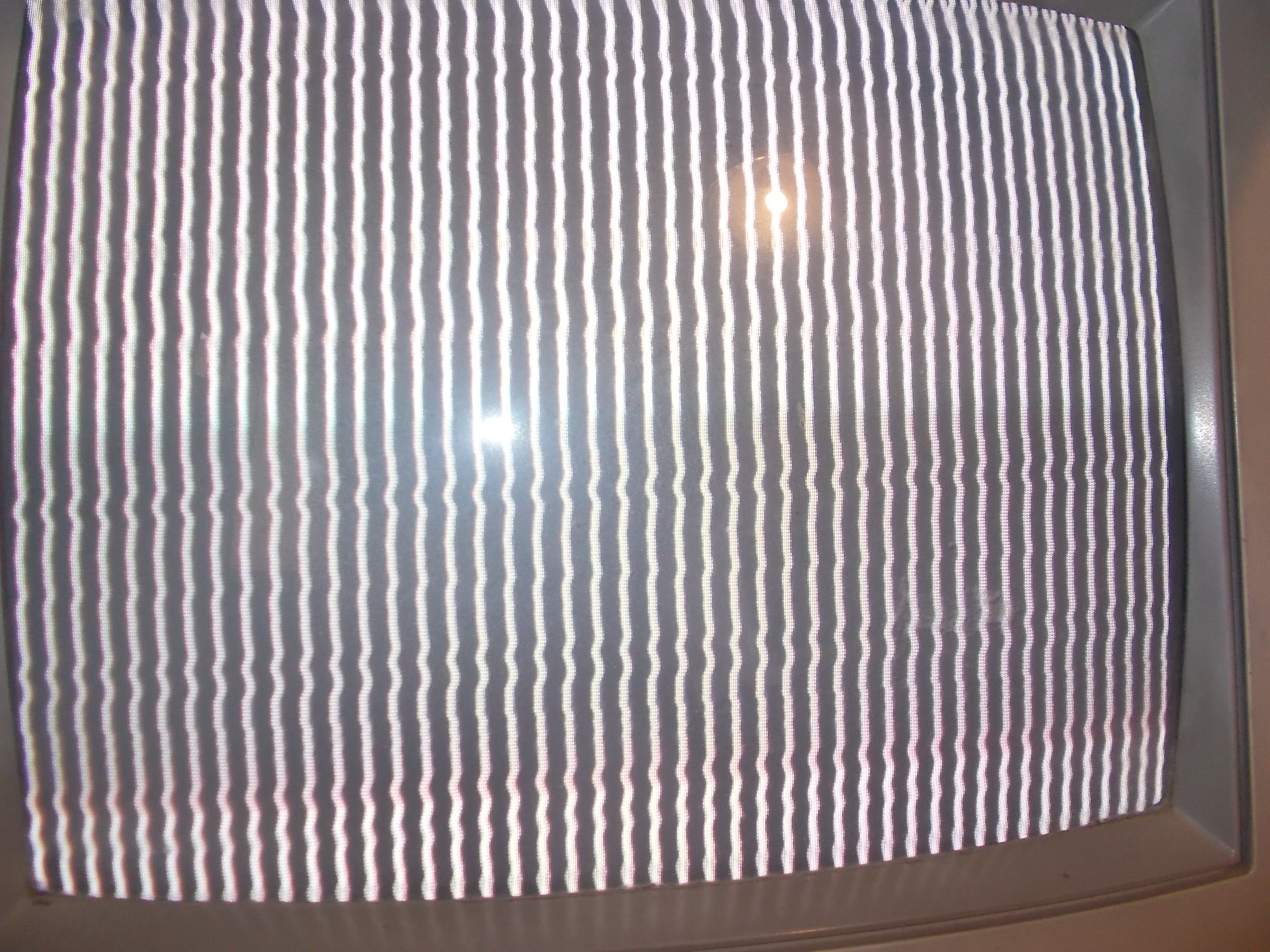 As we know, this is the clear sign that systen is not properly initialized and not running so further investigation was needed.Main CPU is a 68000 clocked at 10MHz, it was receiving a good /RESET signal but on its CLOCK pin I could measure a wrong oscillation: 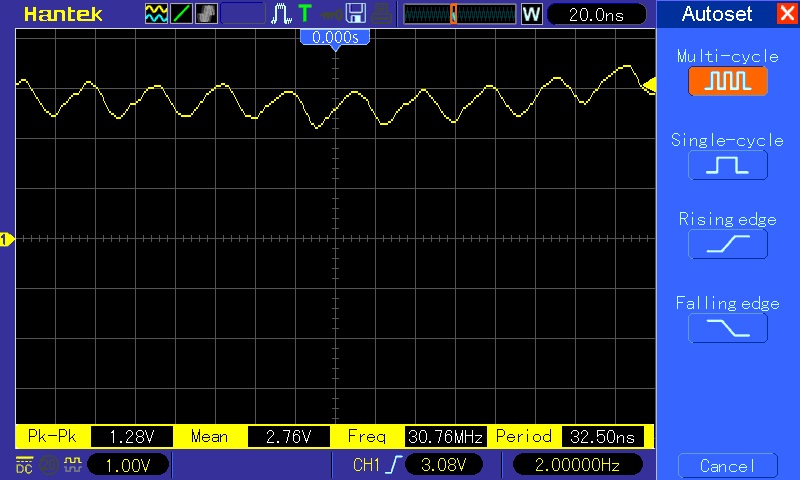 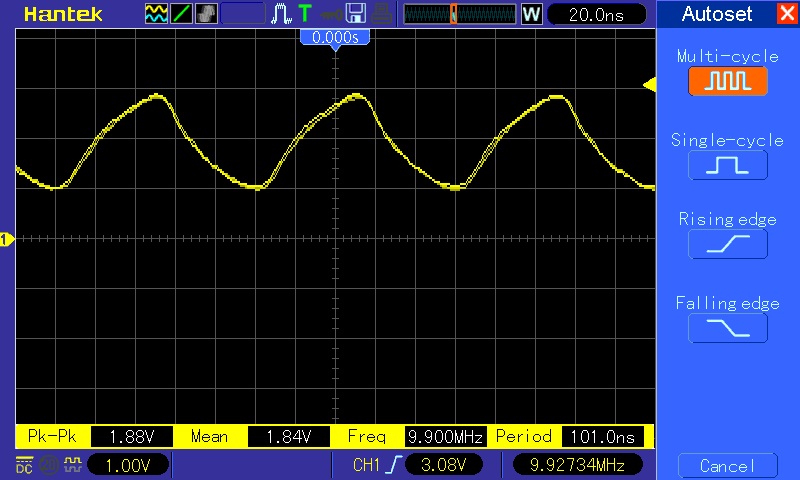 The 10MHz clock signal is generated by an oscillator whose output is tied directly to pin 15 of 68000 CPU: 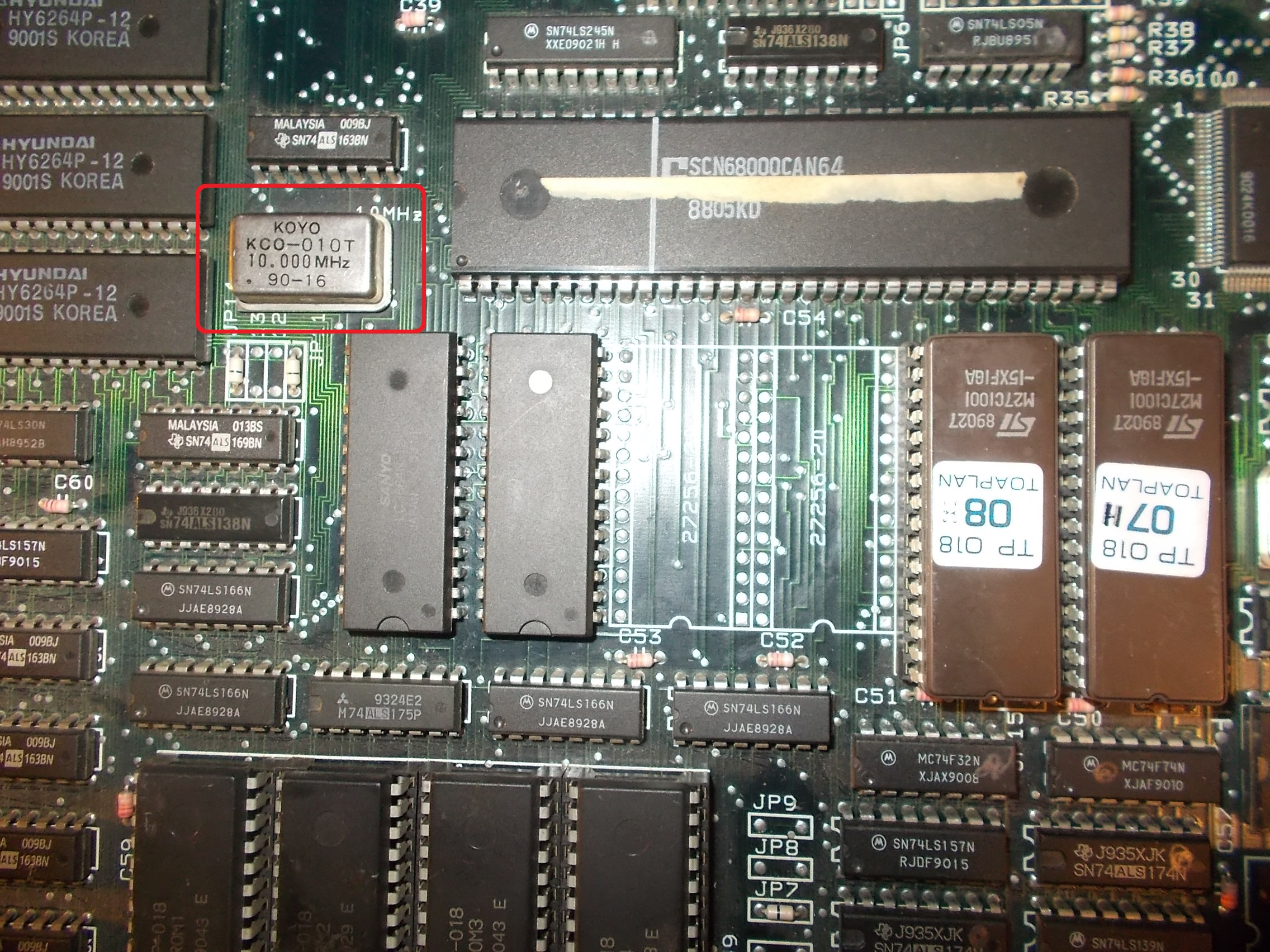 It was reallly bad so board booted up now, game was fully playable with sound but sprites had vertical lines through:

By shorting some pins I was able to locate the involved circuit, this is sprite line buffer which is made of four 2k x 8-bit static RAMs whose data are latched by four 74LS373: 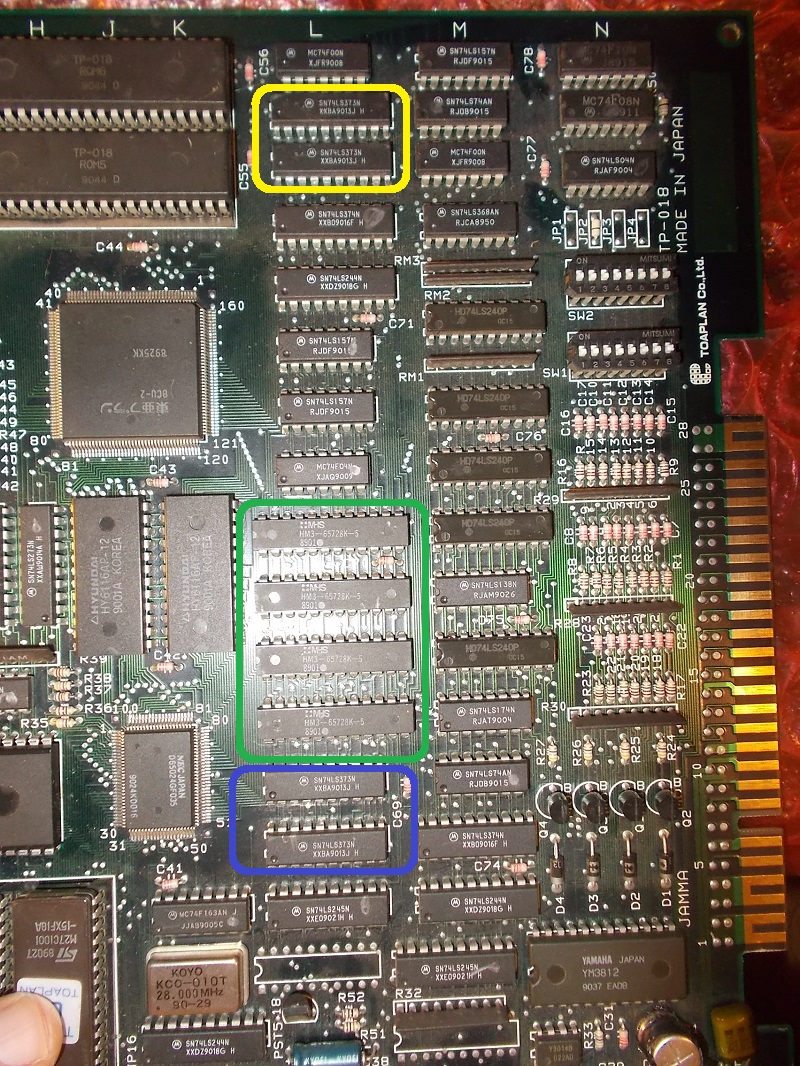 Piggybacking the RAMs didn’t lead to any improvement or worsening so I went to check the circuit against schematics and found a missing connection between pin 10 (data line D1) of the 2k x 8-bit SRAM @12-13L and pin 18 of a 74LS373 @9L :

A “quick and dirty” jumper wire did the trick: 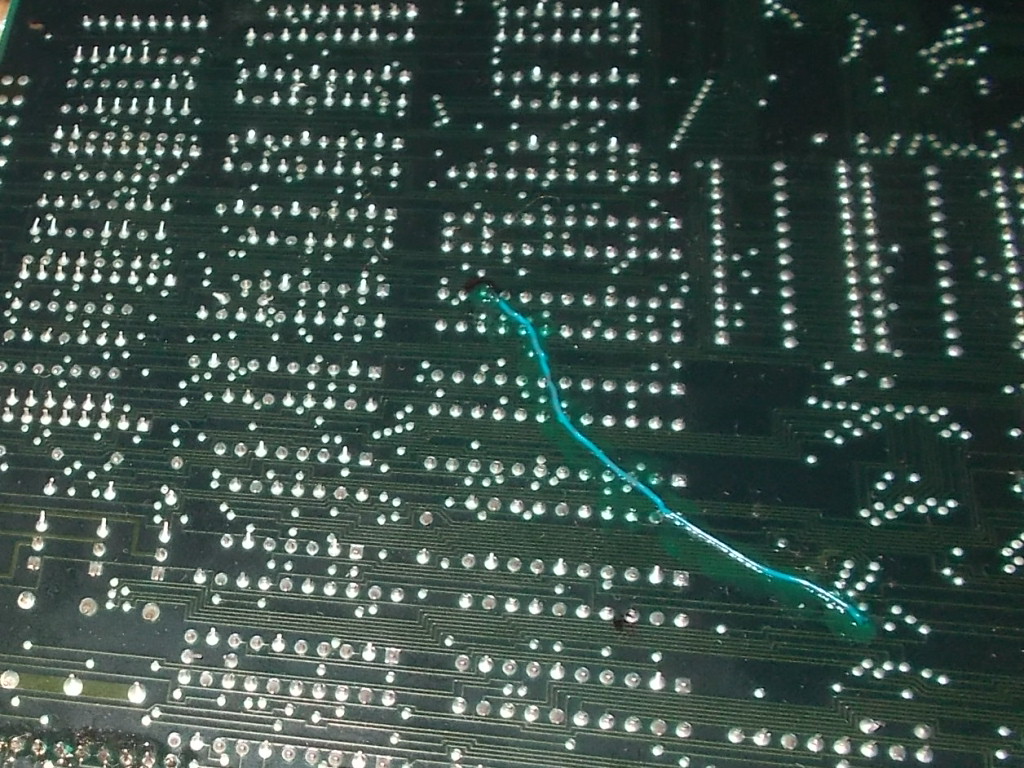 Board 100% fixed.And the Toplan legend goes on…