Received some days ago an Out Zone PCB for repair : 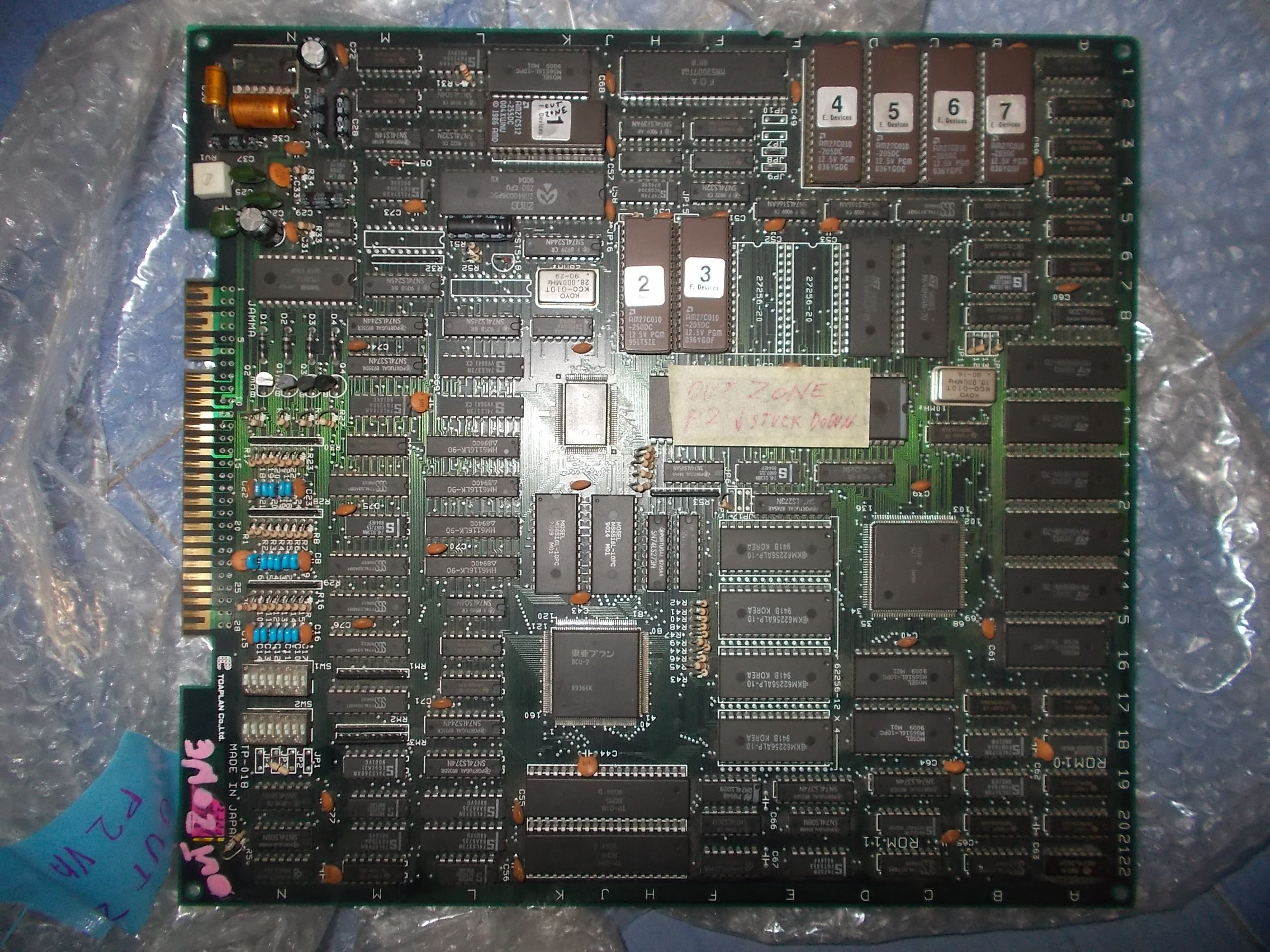 Board was marked as faulty with player 2 stuck in down direction and so it was when I powered it up:

Probing the P2 DOWN pin (19 solder side) on the JAMMA connector revealed it was floating as if it was not pulled-up : 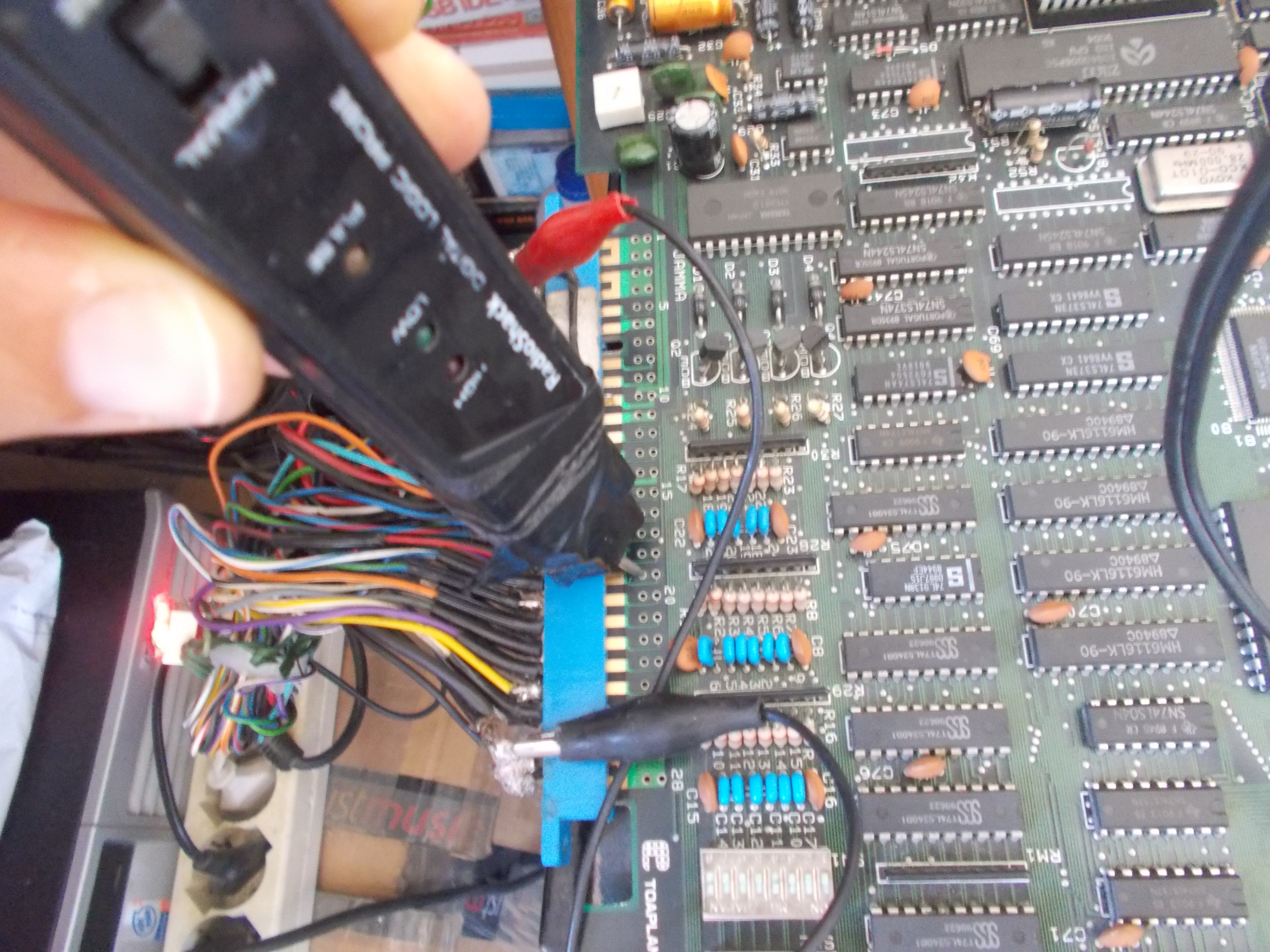 Checking the relevant pin of the 4.7KOhm resistor array (which acts as pull-up) gave me a value of 3.8KOhm, there was something pulling it low: 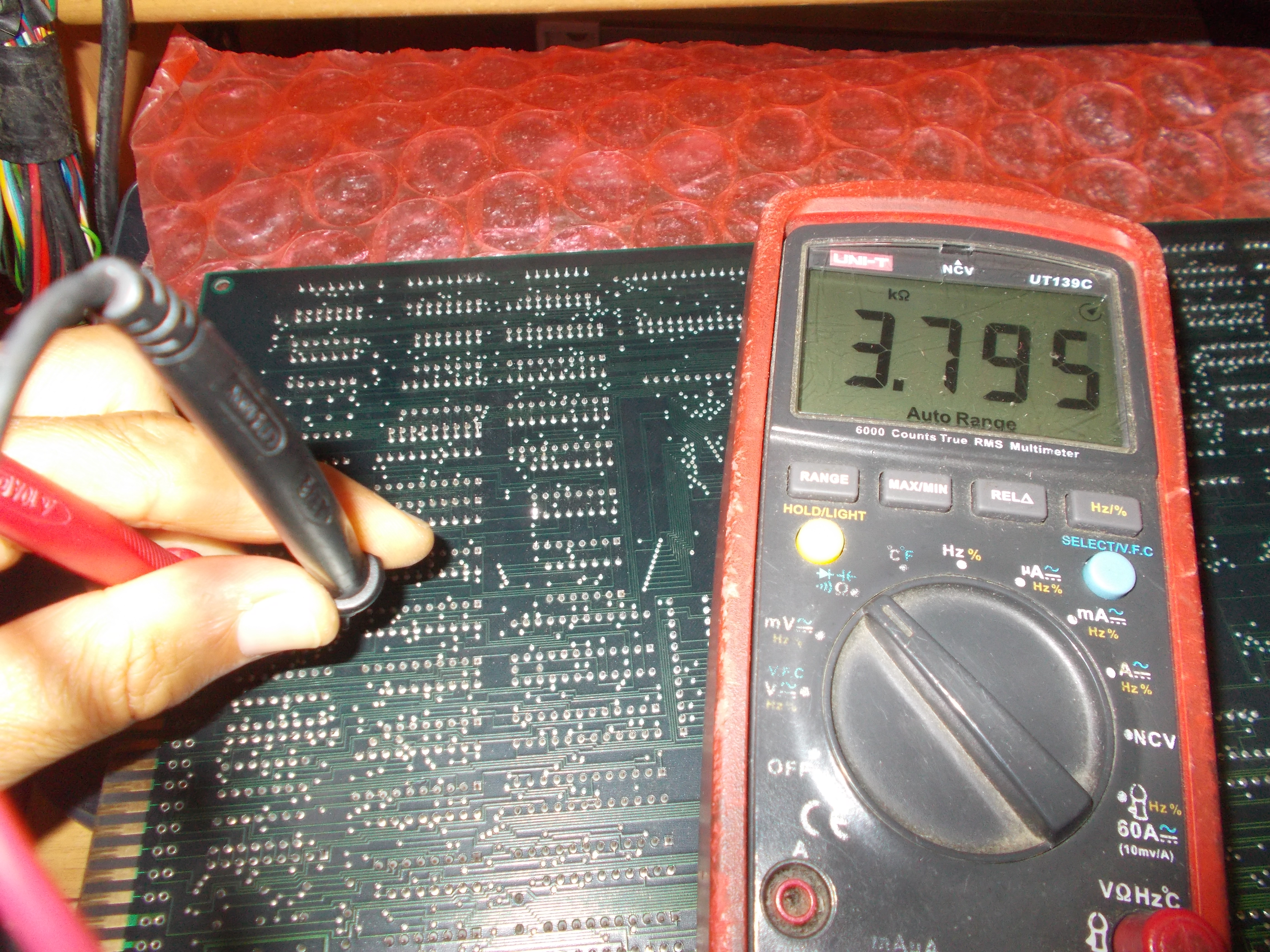 The signal from the resistor array goes then to pin 4 of a 74LS240 @15M whose resistance to GROUND was only 2.2KOhm: 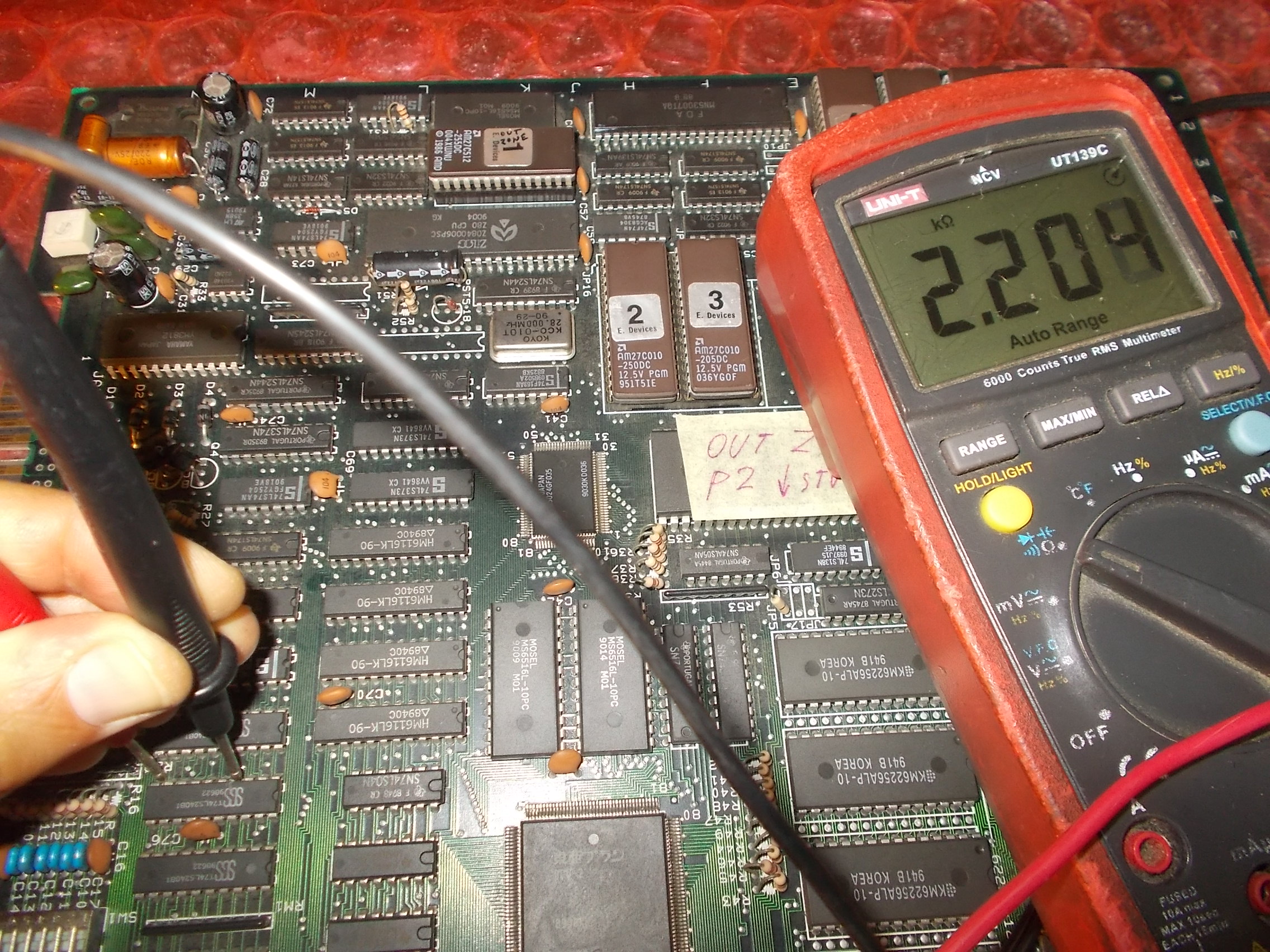 Although the chip was tested good out-of-circuit I replaced it : 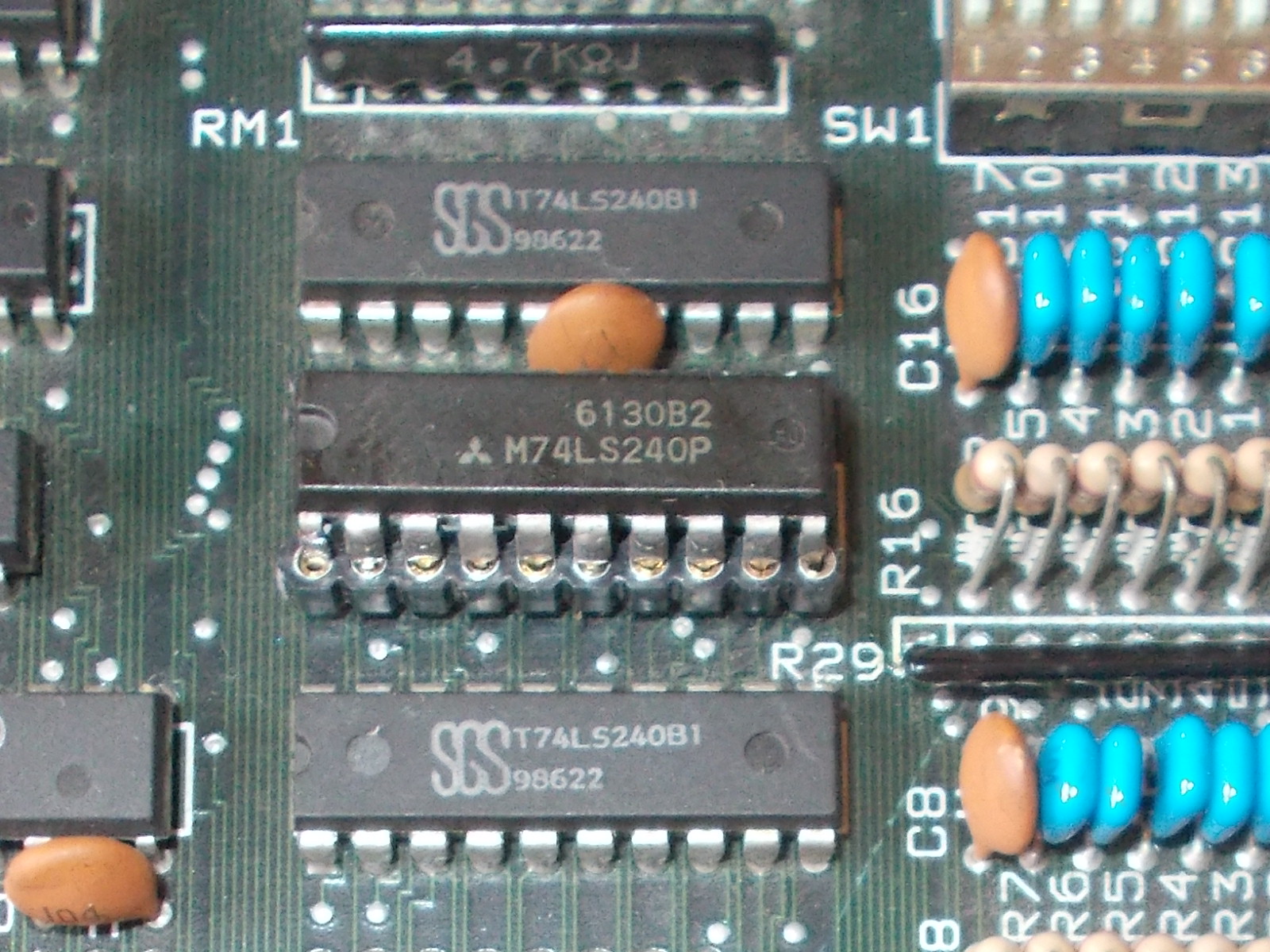 This fixed the issue with player 2 but the board suddenly died while I was testing it giving me a solid black screen on power up.From the top of my experience with this hardware I know that the audio circuit must be running otherwise the board will not boot.When I checked the Z80 audio CPU I found the clock input stuck low : 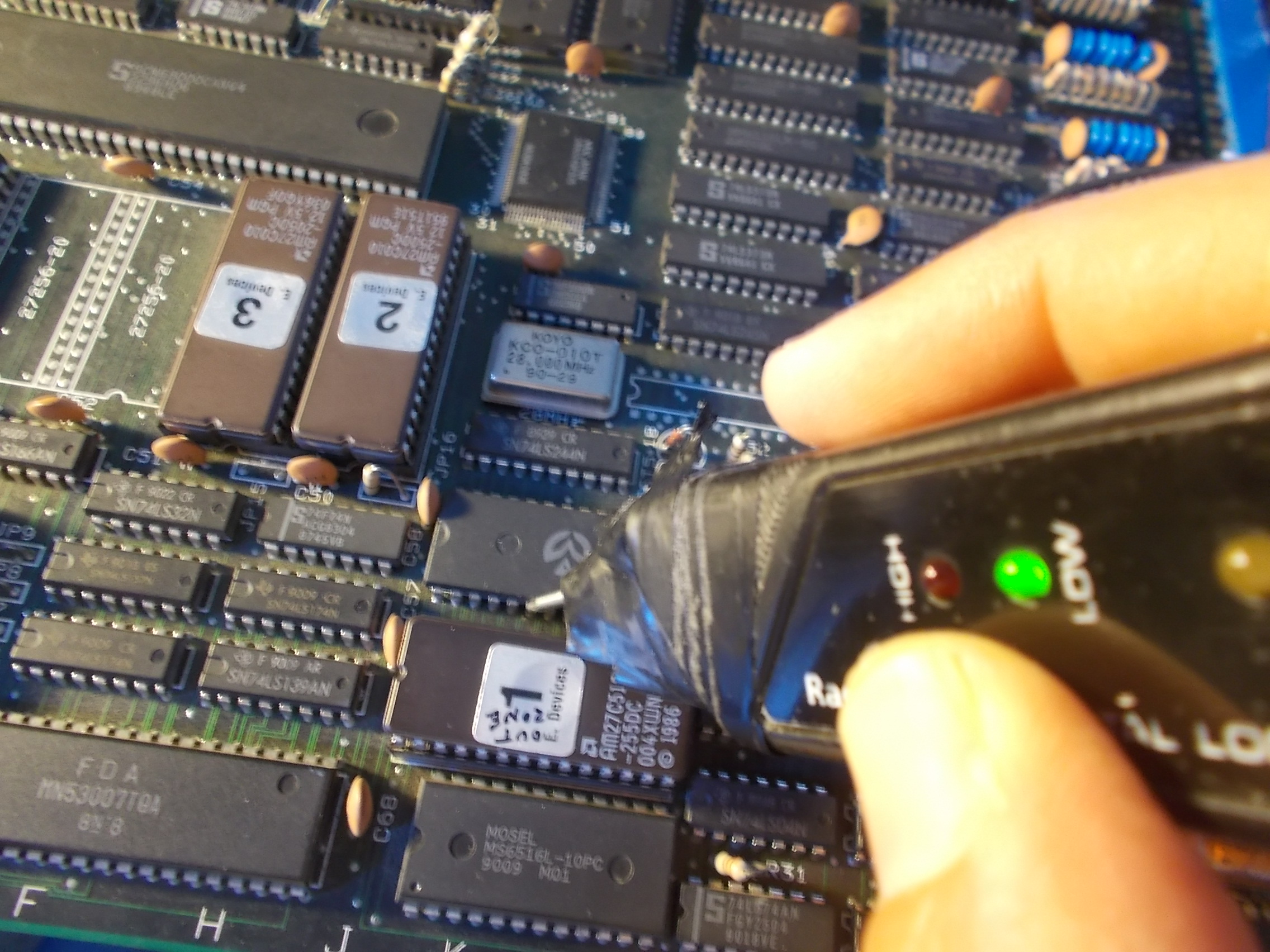 The clock is derived from a 28MHz oscillator: 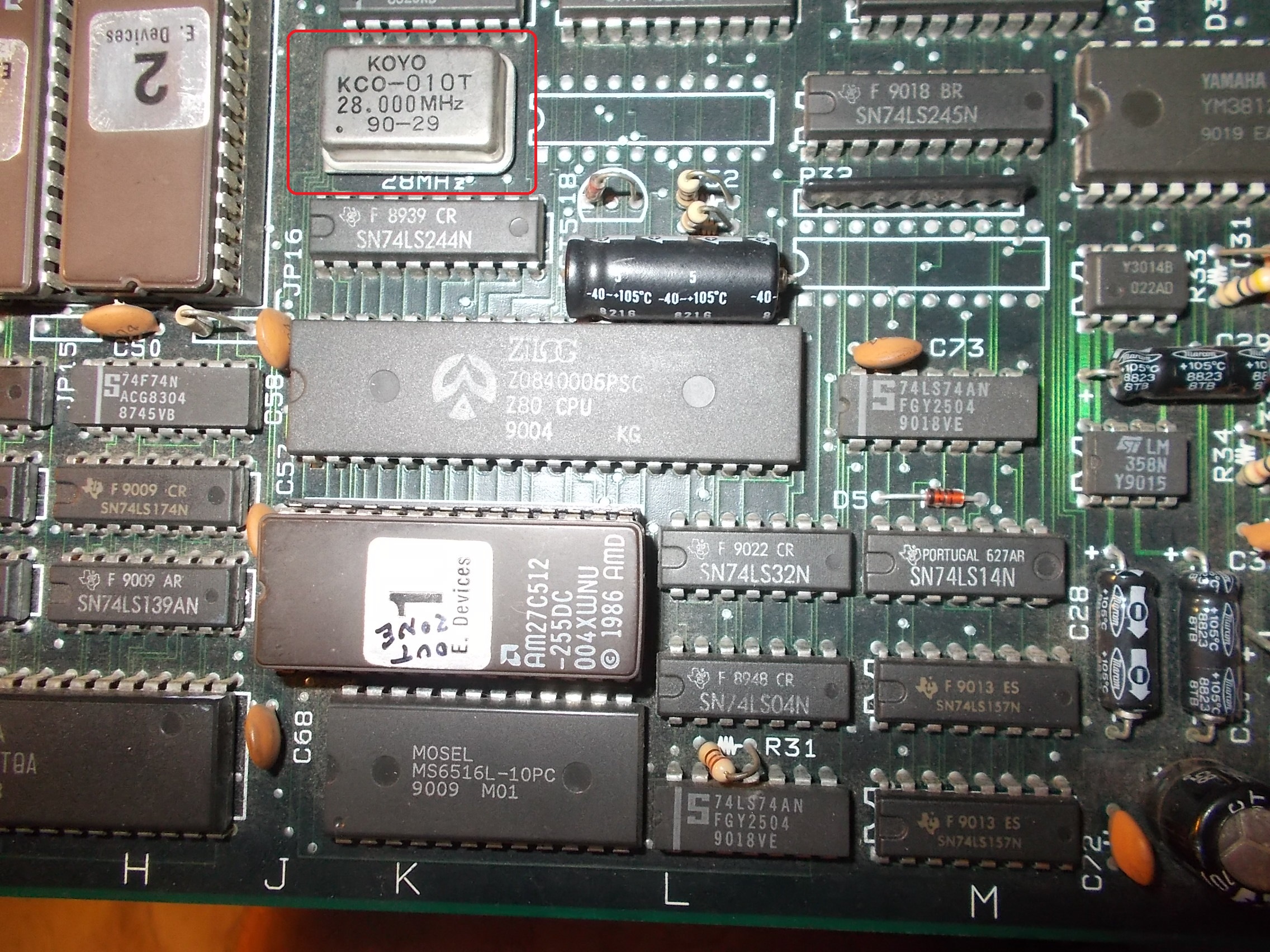 The scope confirmed there was no periodic signal from its output, ther oscillator was dead: 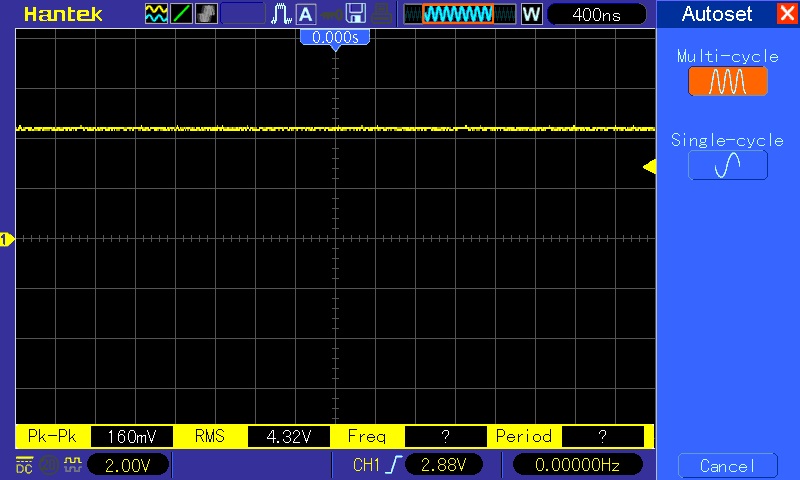 I pulled it out : 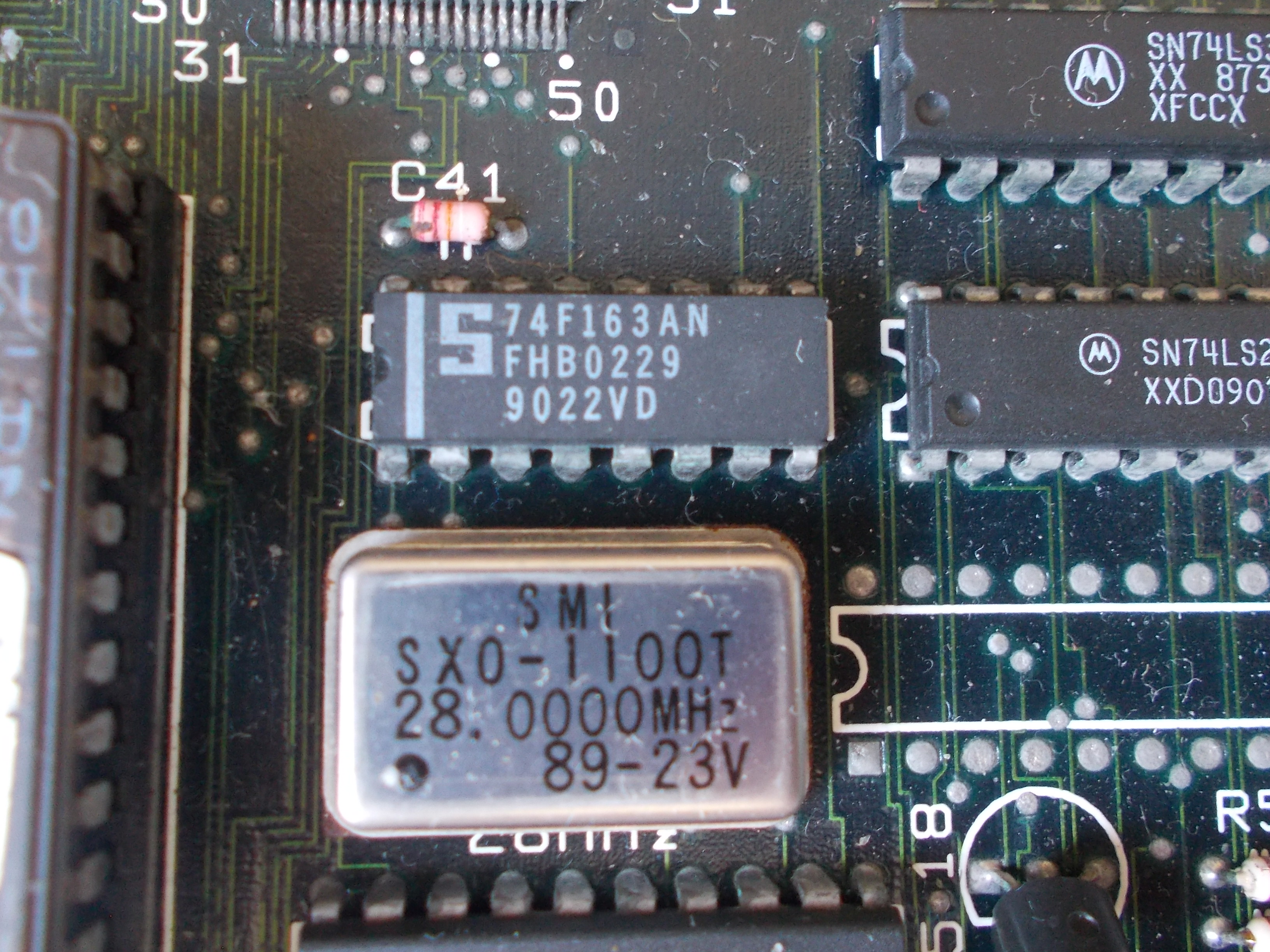 Board booted up again with no further issues.Repair accomplished.