Had this faulty Pac-Mania boardset in a trade some years ago : 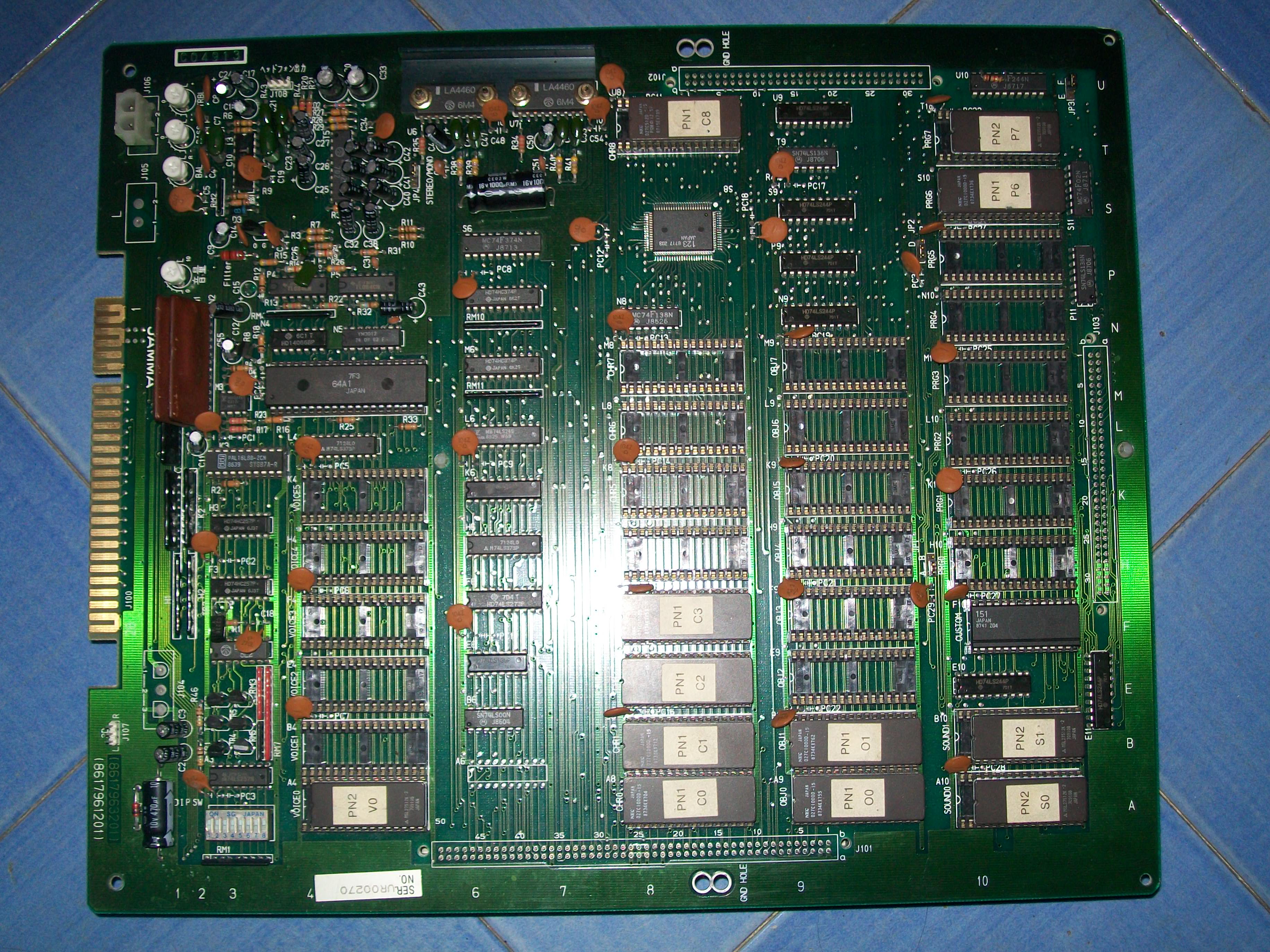 As many of you know, this game runs on Namco System 1 hardware (made of a CPU and ROM board) which features some classic titles like Splatterhouse, Galaga88 and others.Here are the tech specs :

My board had two noticeable faults : the sprites had wrong colors in certain positions and music was missing, only some FXs were present :

For first I swapped the boards with a good set and could narrow the fault in the CPU one (the smaller one) : 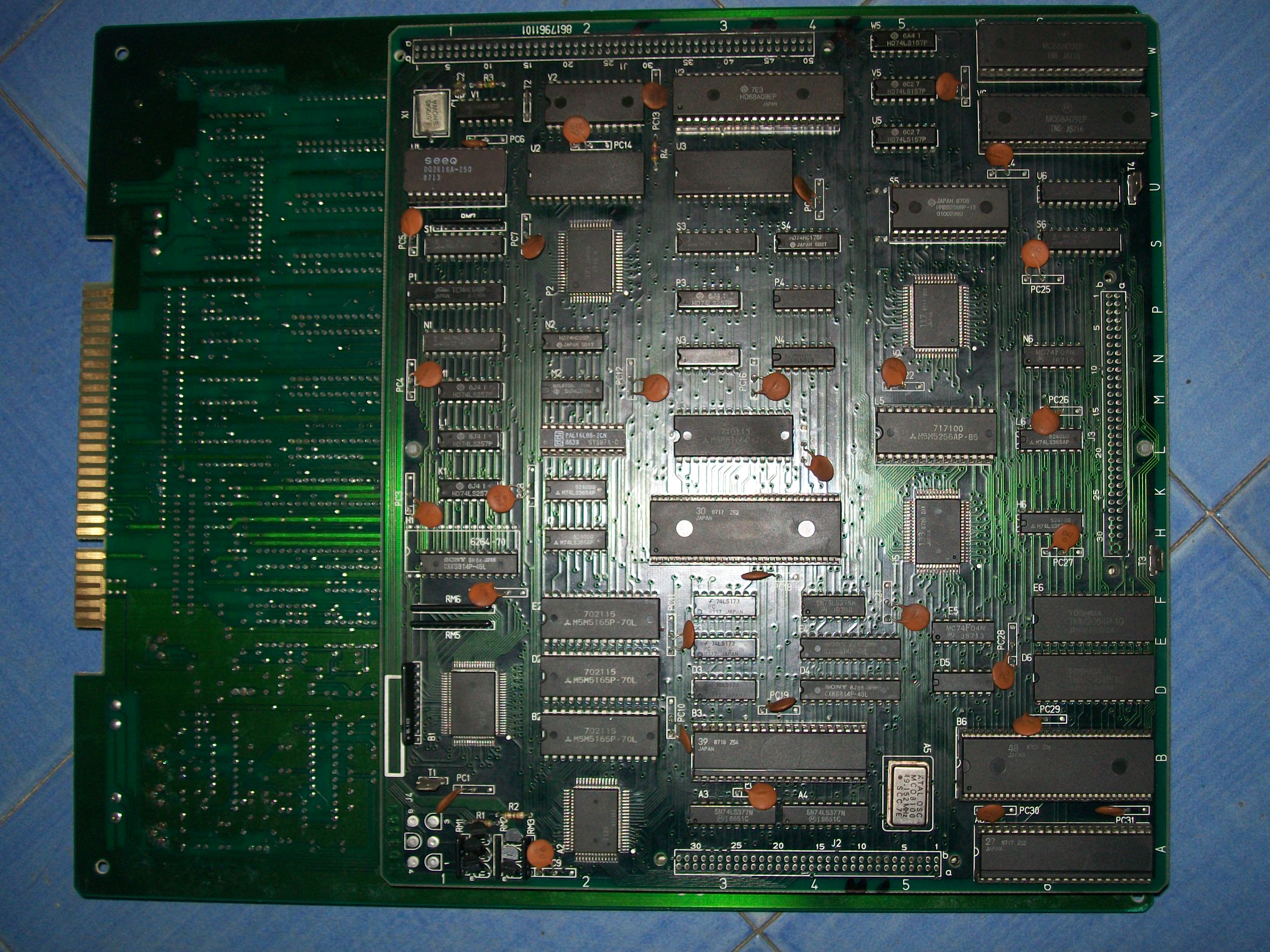 As you can see , hardware uses many custom ICs each of which with different functions, here are the ones used on CPU  board (taken from MAME source)

The sprites are generated by the custom ’39’ which I test as good in another board (as well as all the other customs).This IC addresses two 8K x 8-bit static RAMs @D4 and E4: 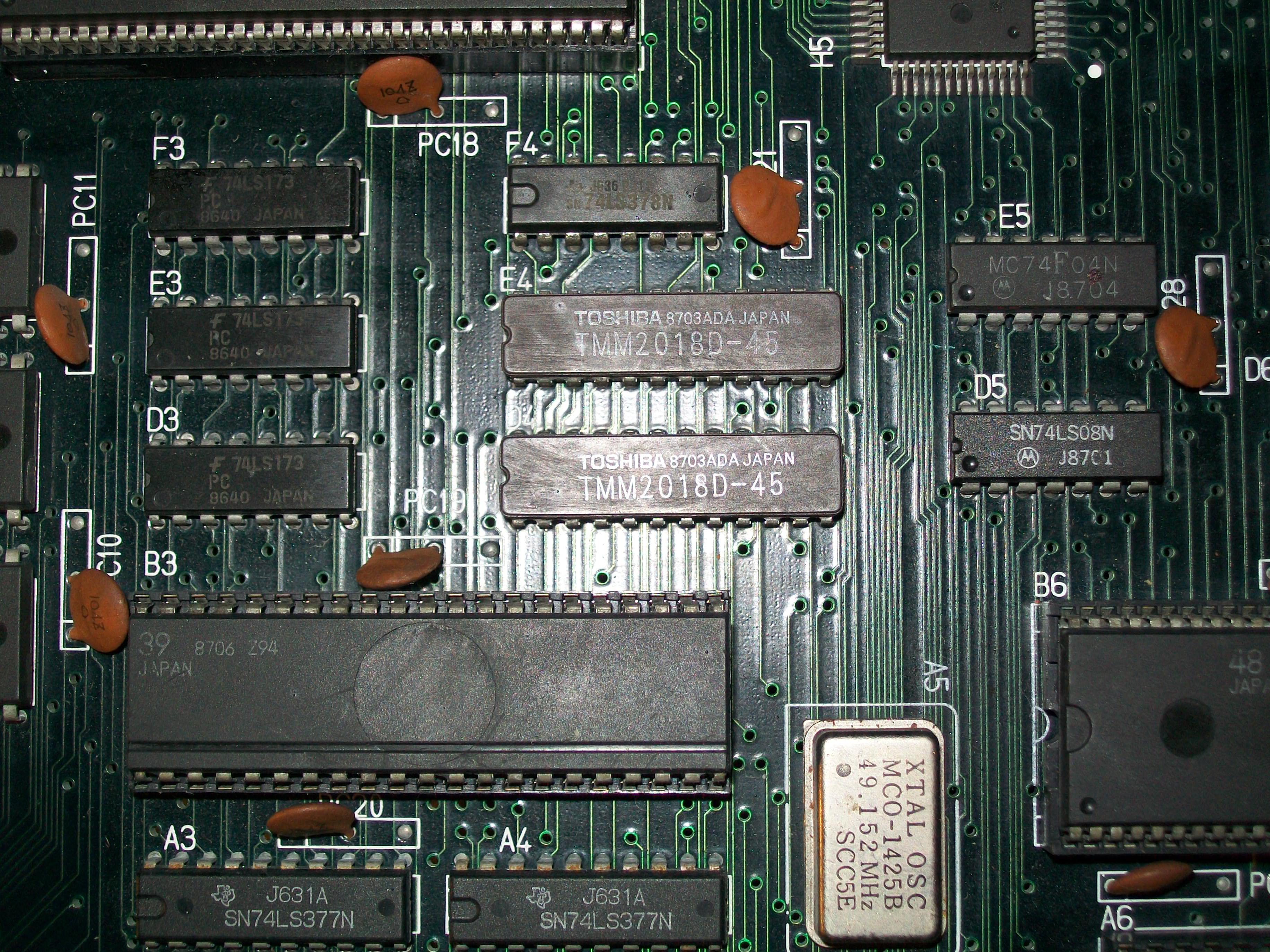 Checking this ares against schematics I found a broken trace between pin 1 (address line A7) of both RAMs:

Patching the trace restored the sprites so I went to troubleshoot the sound issue.As said music was missing and game behaved strangely since I was not able to really enter in game, the  selection screen was repeating in an endless loop:

The music is generated by the YM2151 sound synthesis IC but probing its bus revealed no data coming to/from I/O lines: 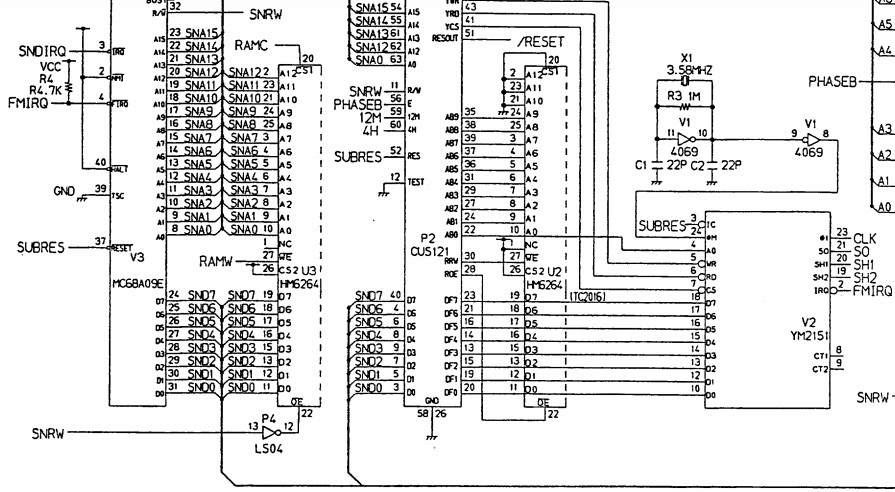 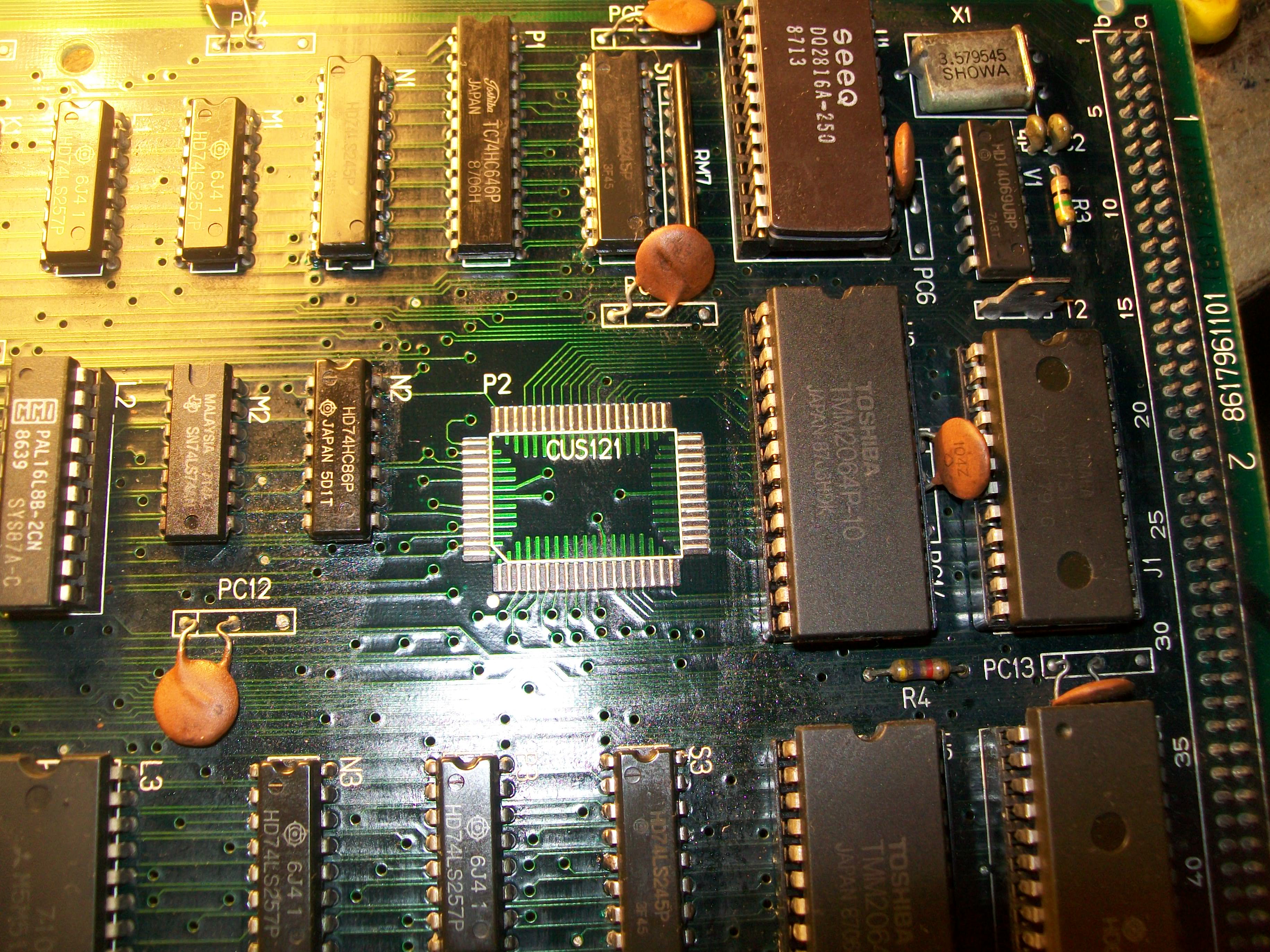 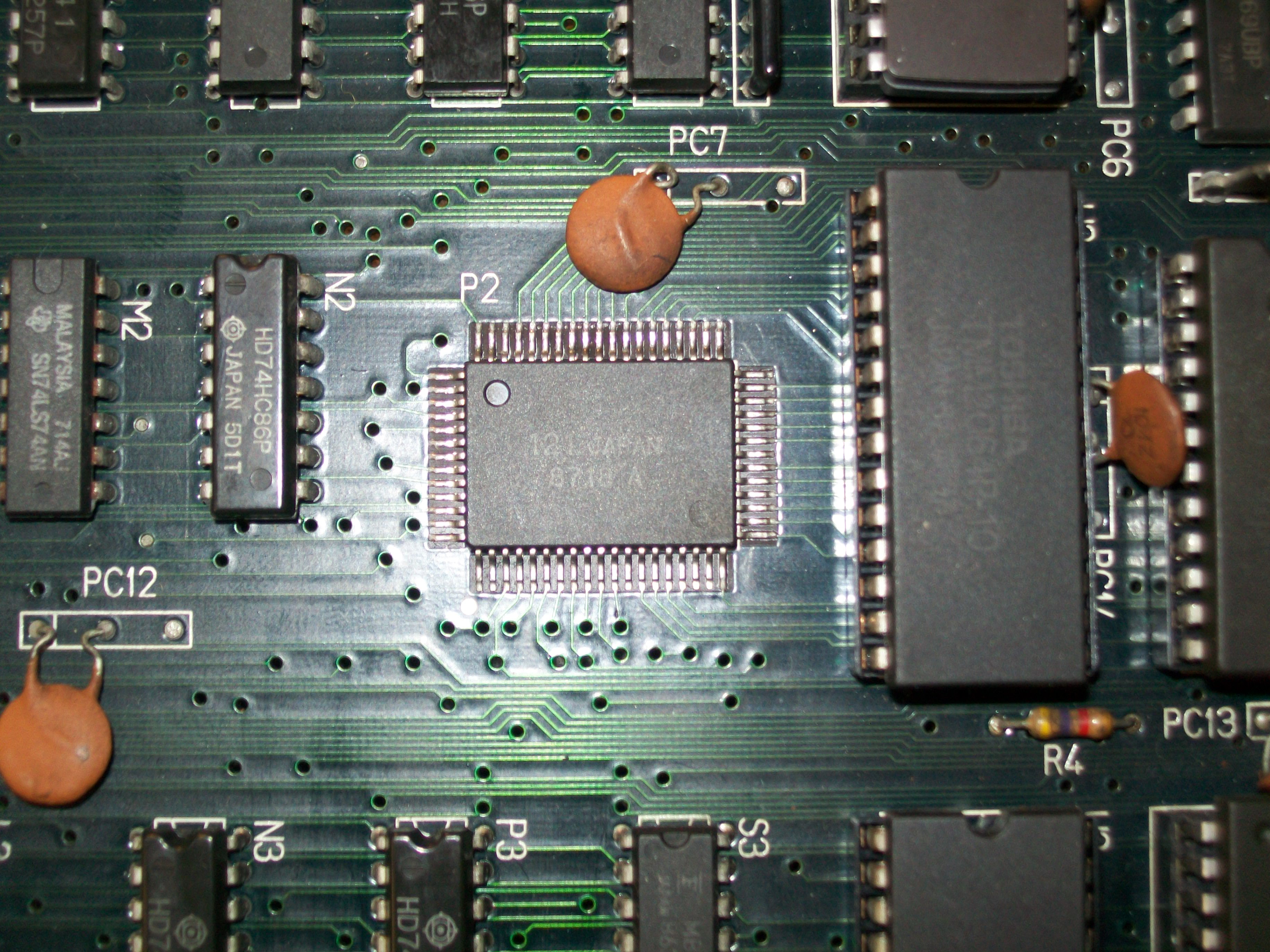 but this didn’t fix the issue, music was still missing.The TEST mode gave me a “SOUND RAM2 ERROR” which is not covered in the service manual: 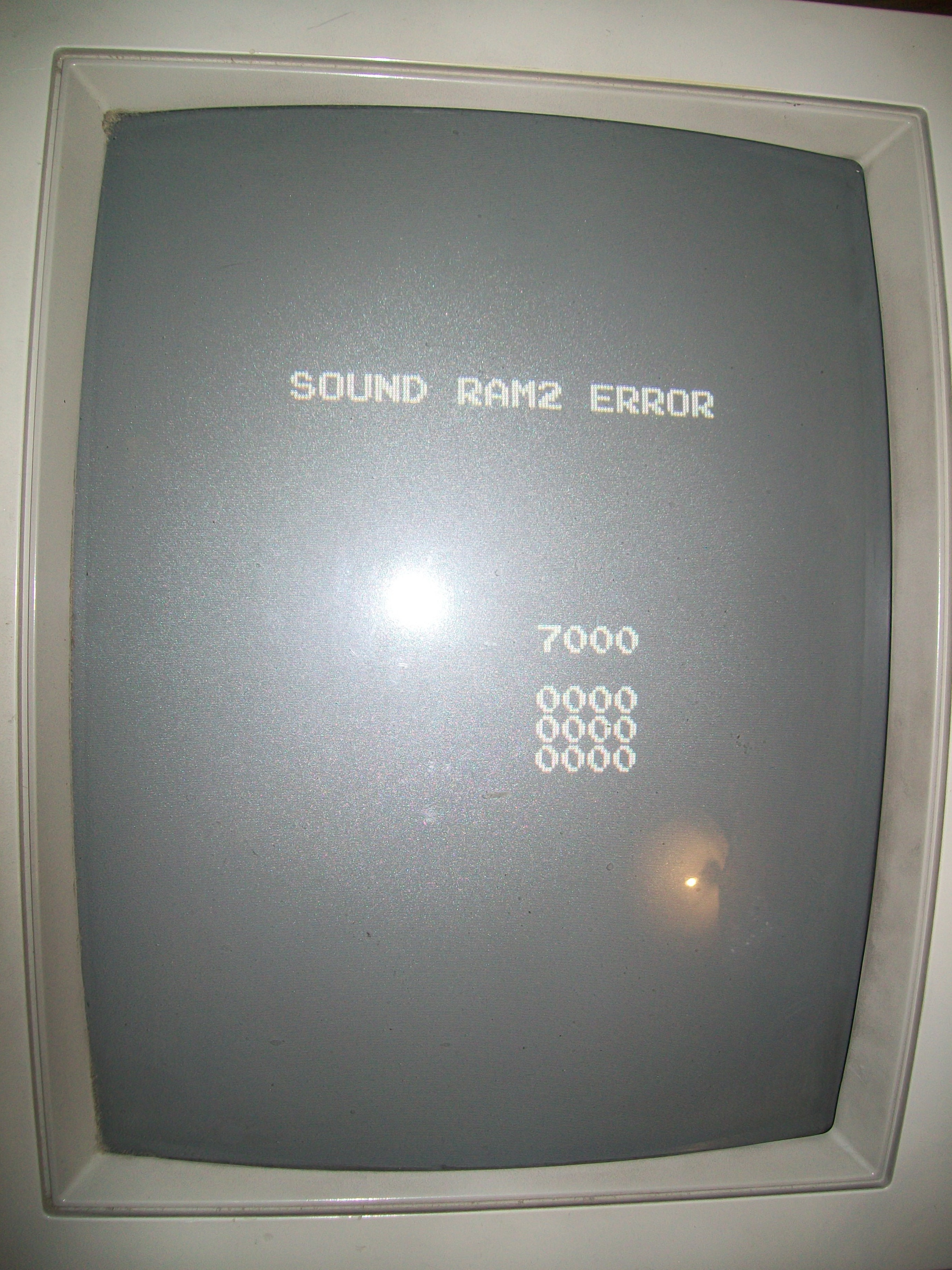 this error is related to the part of circuit called ‘TRI PORT RAM’ in schematics :

I  checked connections, probing the ICs in-circuit with a logic comparator, all was fine.The ony IC I had doubts about was a 74HC646 @P1 : 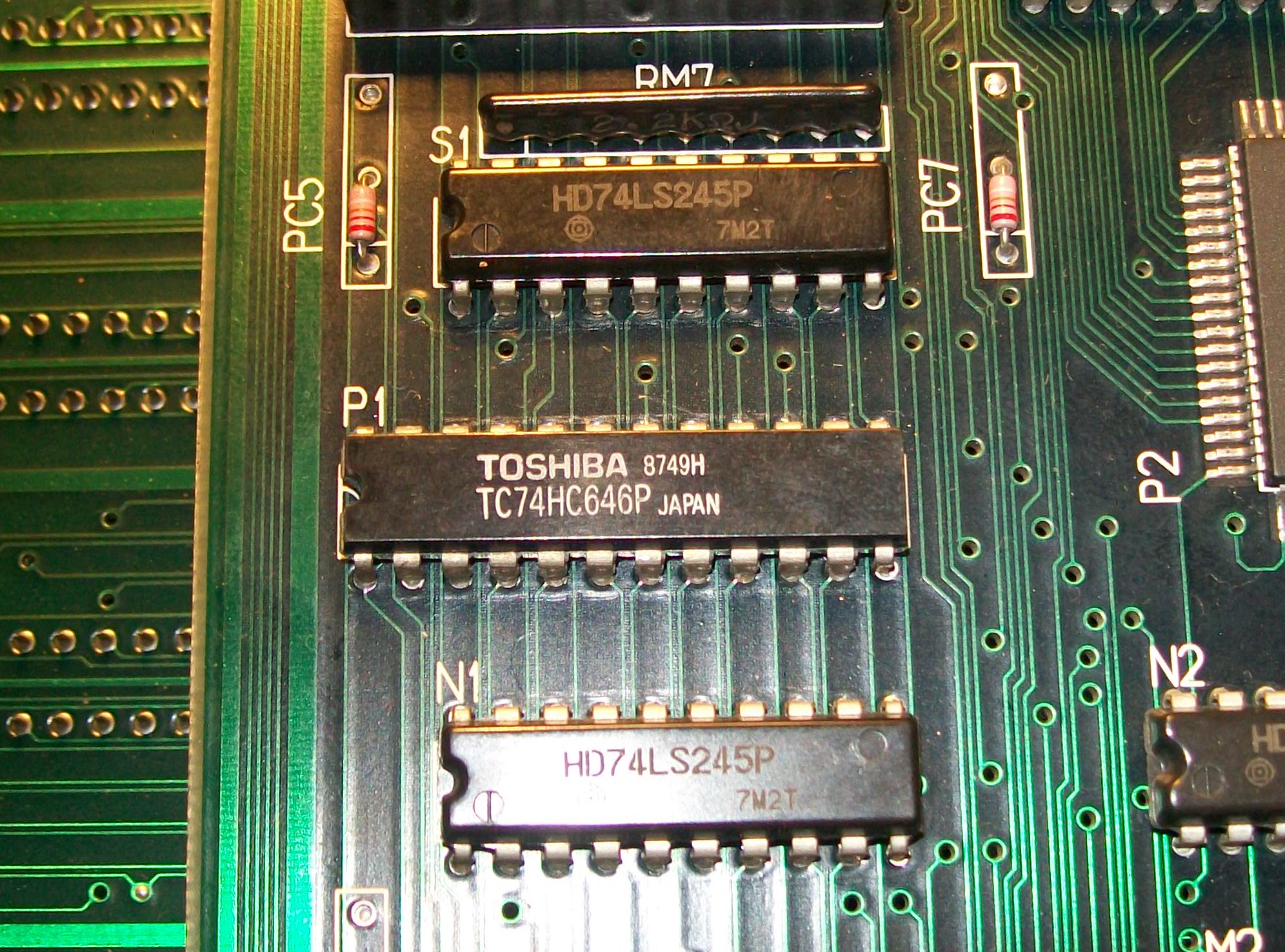 Its signal transitions didn’t seem regular to me : I decided to remove it anyway and test it out-of-circuit.It failed: 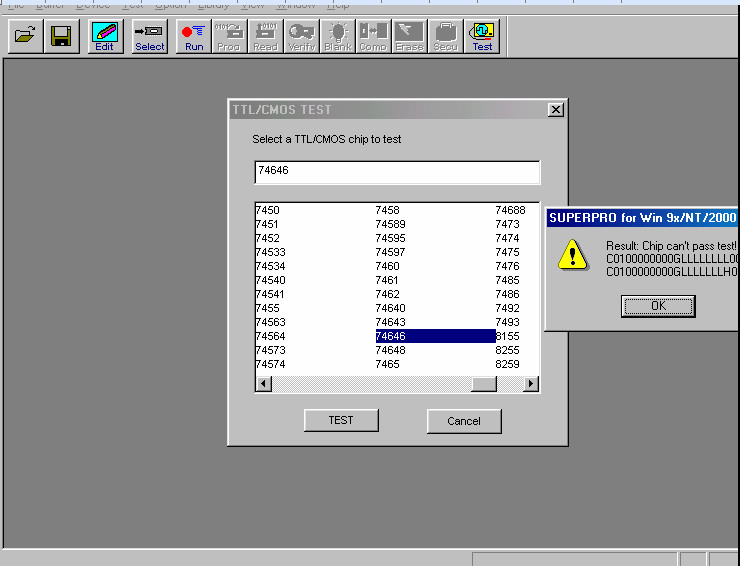 Since it’s an unusual IC (it’s a CMOS device, sensitive to ESD, this could explain the fault) , I took the spare from another faulty Namco System 1 CPU board.This restored the music so I could declare the board as 100% working.