Received from USA this Pac-Mania ROM board (Namco System 1 hardware) for repair : 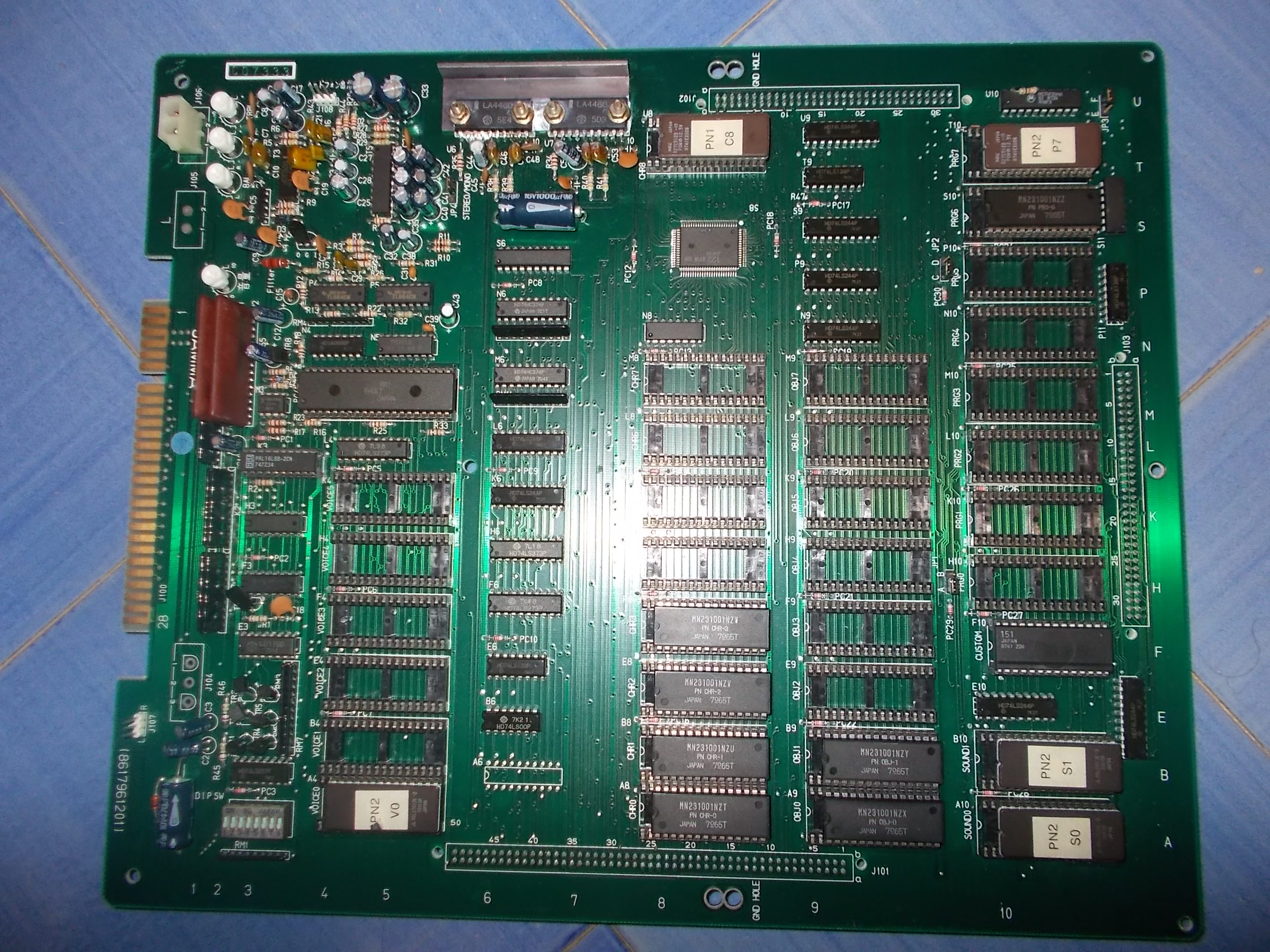 According to the owner board played fine but mute, this was confirmed once powered it up.Using my audio probe I could hear sound on the input (pin 2) of the two LA4460 amplifiers but nothing on outputs:

At closer inspection one of them was literally blown up: 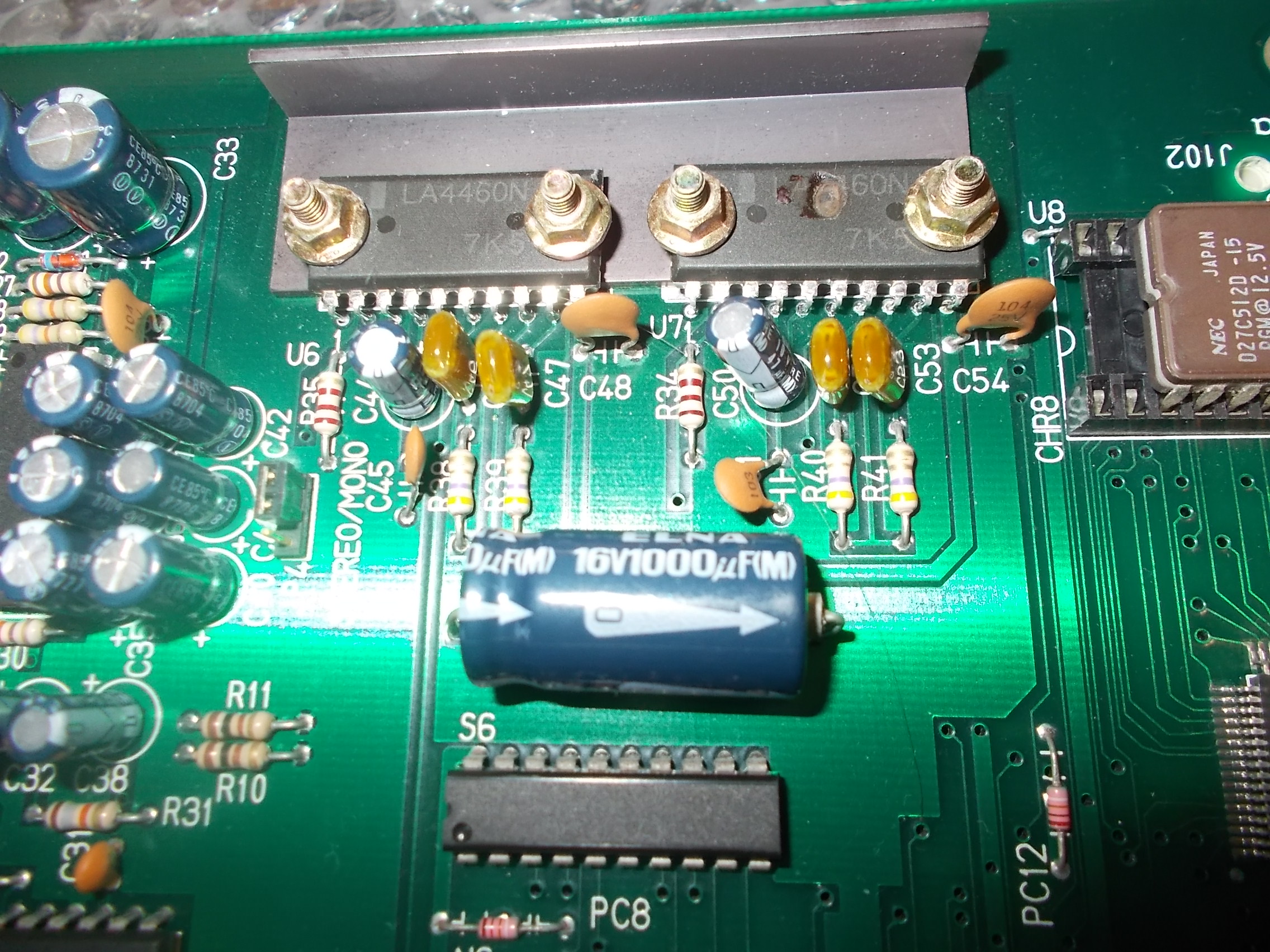 So I proceeded to remove both: 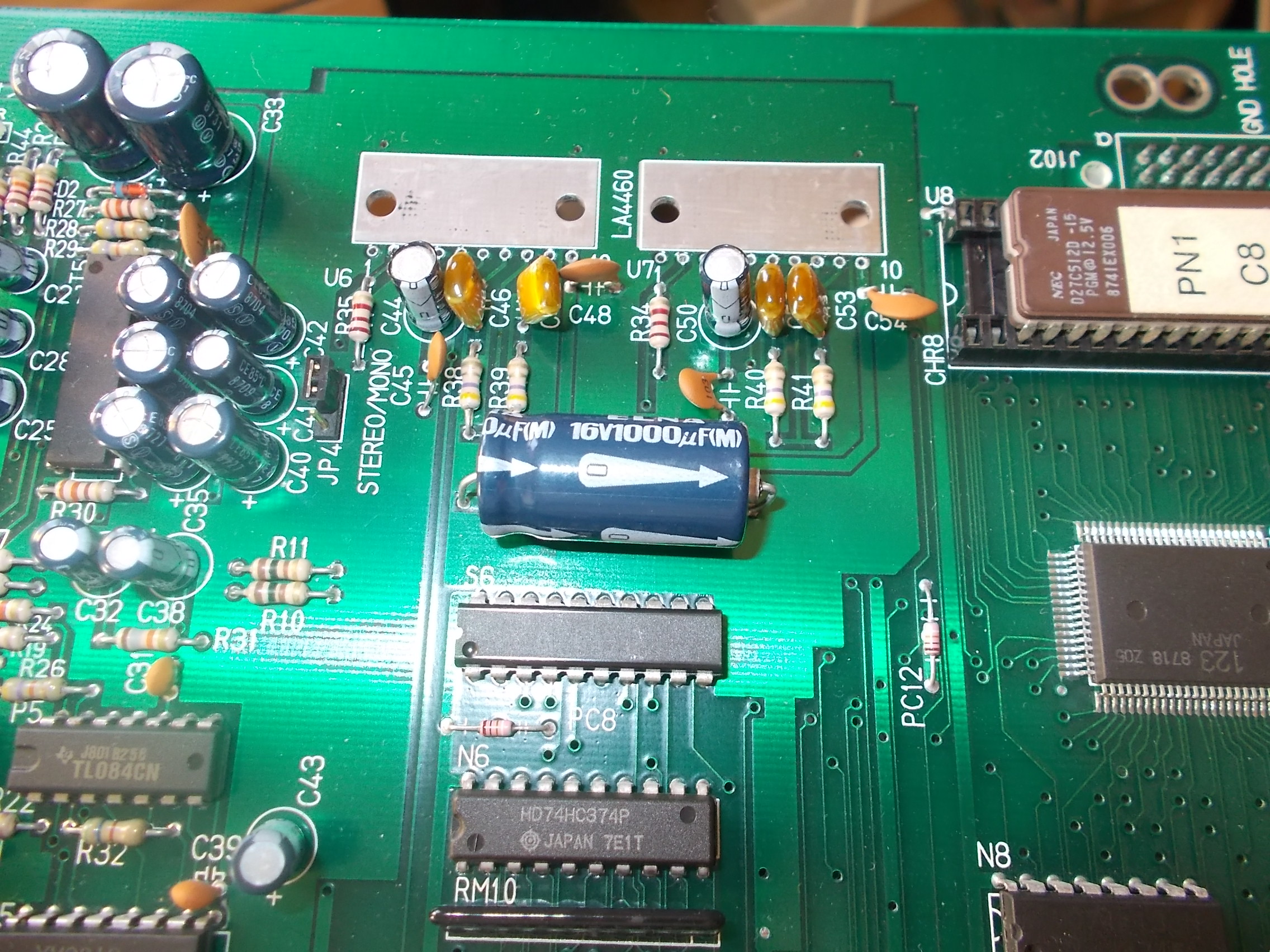 and installed two new spares and some thermal compound on heatsink:

Sound restored and board 100% fixed.End of job.

After converting this board to Splatterhouse I found that voices and other sound FXs were missing:

I quickly pinpointed the fault in a bad TL084 OP-AMP, replacing it cured the issue: 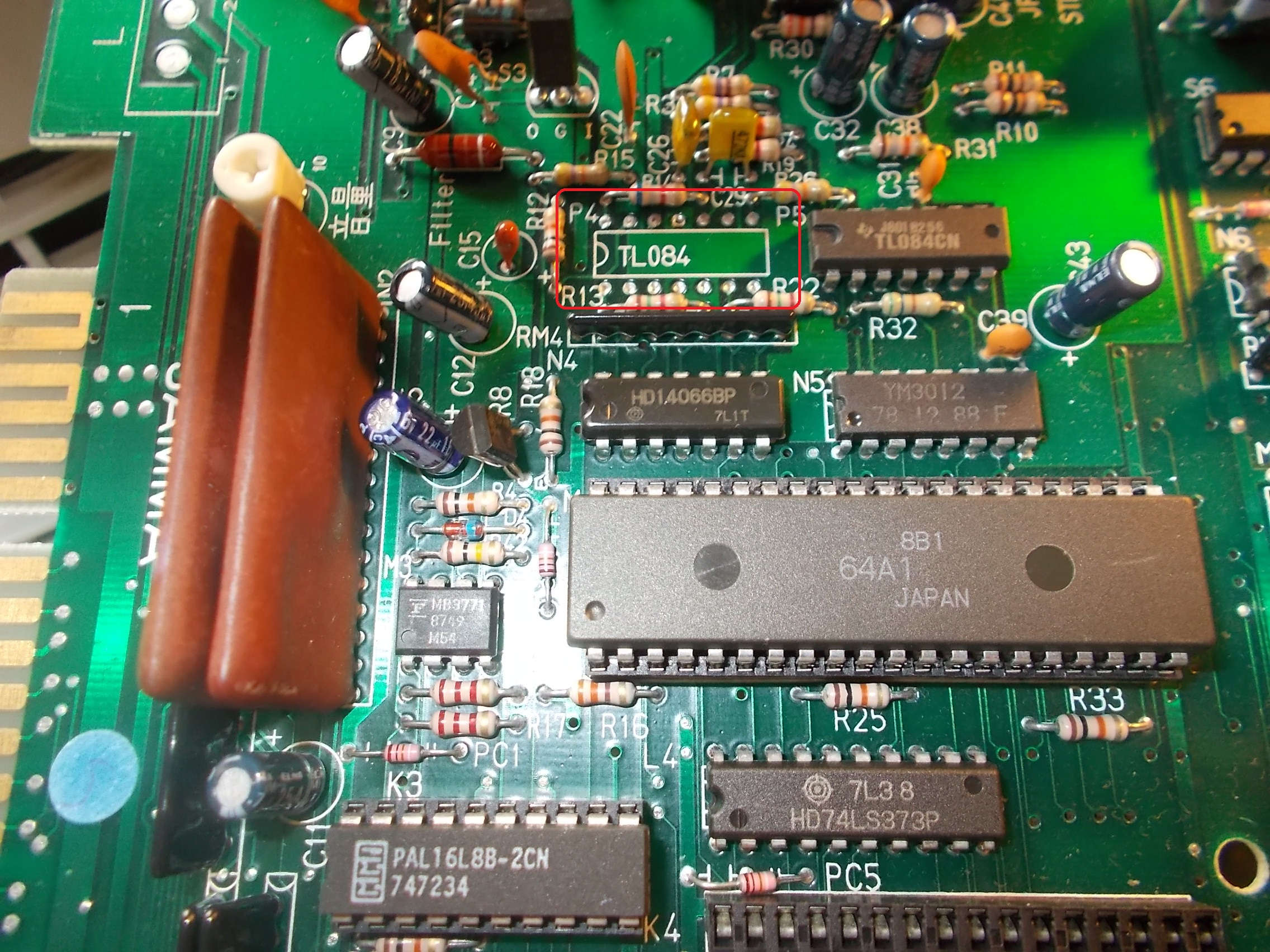