Next up in the box of brokenness is a Pacland. 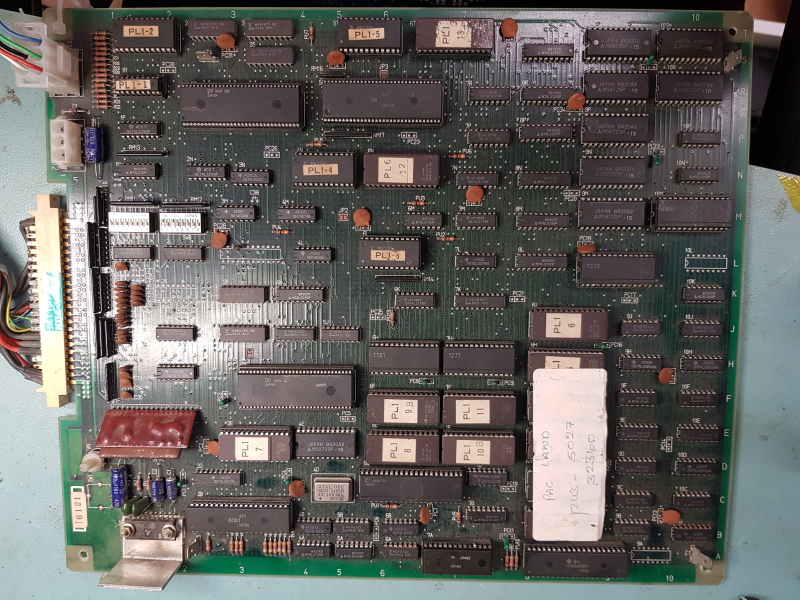 Visual inspection revealed the amp had blown up 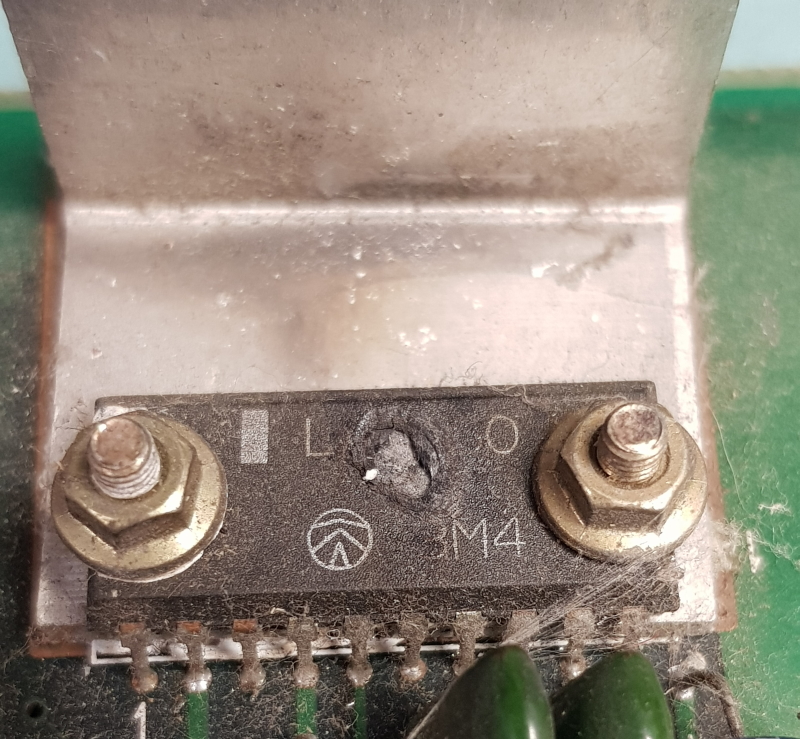 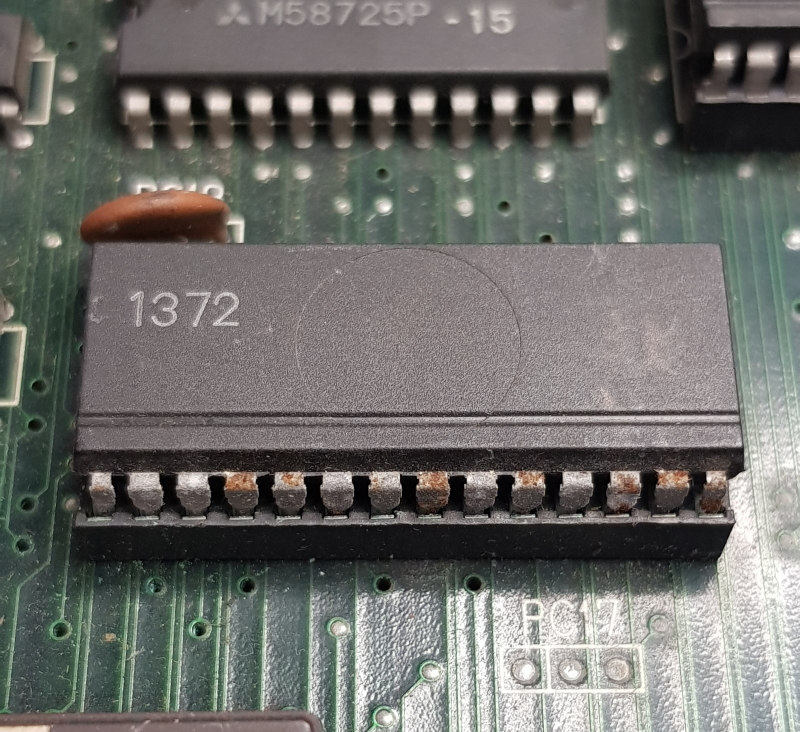 and the socket didn’t look too great either 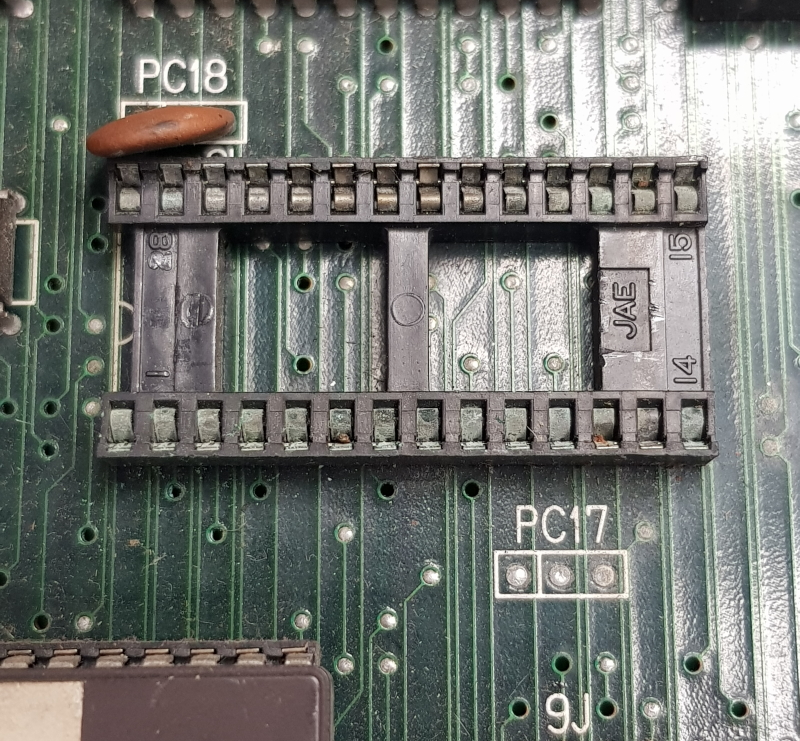 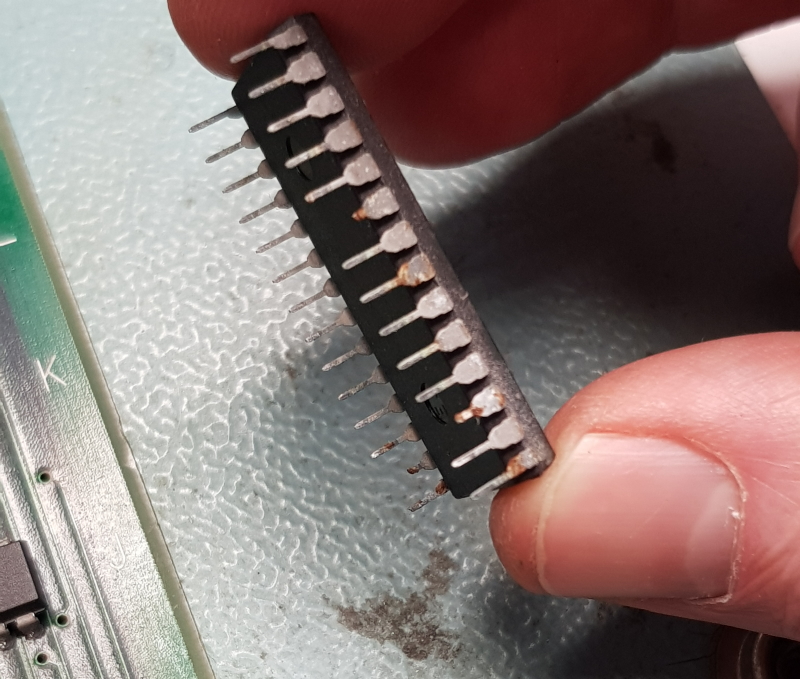 I soldered legs on best I could and opted to fire the board up. 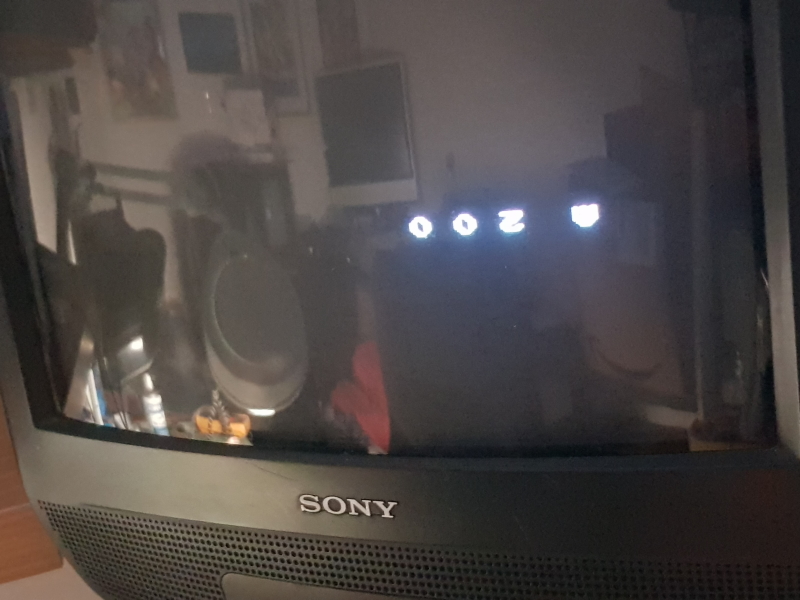 This is a good start and using the error code list compiled by my good friend cmonkey I knew that this was a RAM fault.
Checking RAM 9N I found several address lines were dead 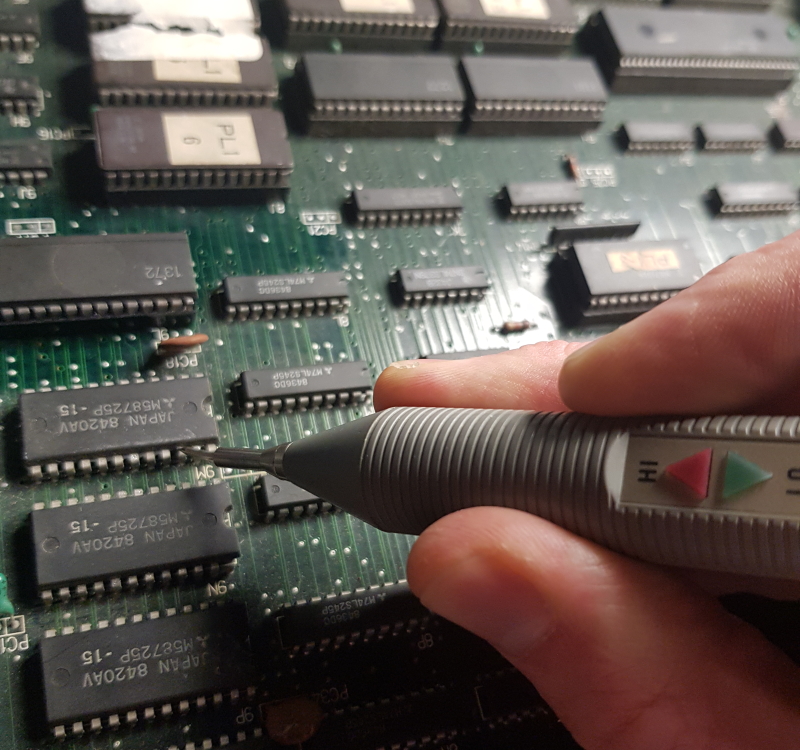 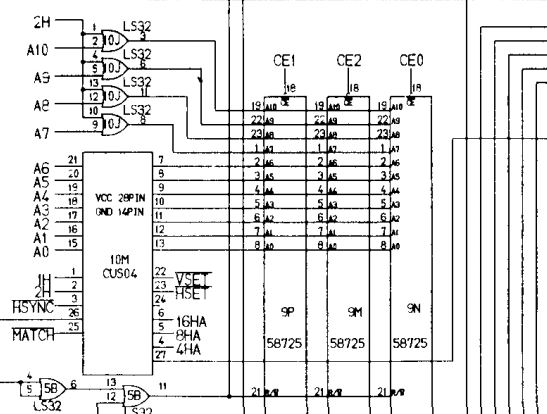 I confirmed the outputs were bad and replaced the chip.
Now I get this when booting

Game is booting but some scroll issues and some jailbars too.
I could affect the scroll issues by pressing on that custom chip I resoldered at the start. I removed it again and attempted to further clean the legs but I just made it all worse. In the end I opted to solder it into a socket.
It looks crappy but it got the job done 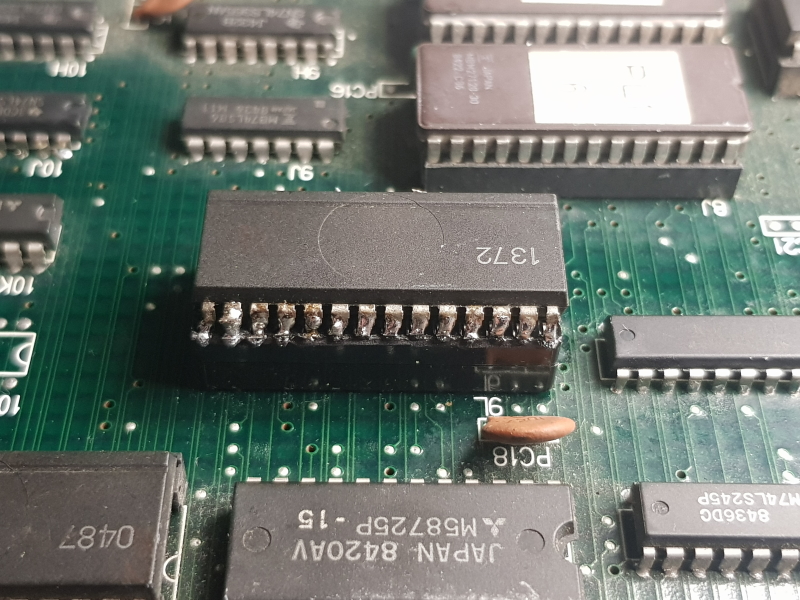 Scroll issues fixed I now turned to those jailbars.
This ended up being an easy fix. I removed the ROM at 6T and checked it in my programmer. Bit 5 was stuck high so I replaced the ROM which fixed the jailbars. 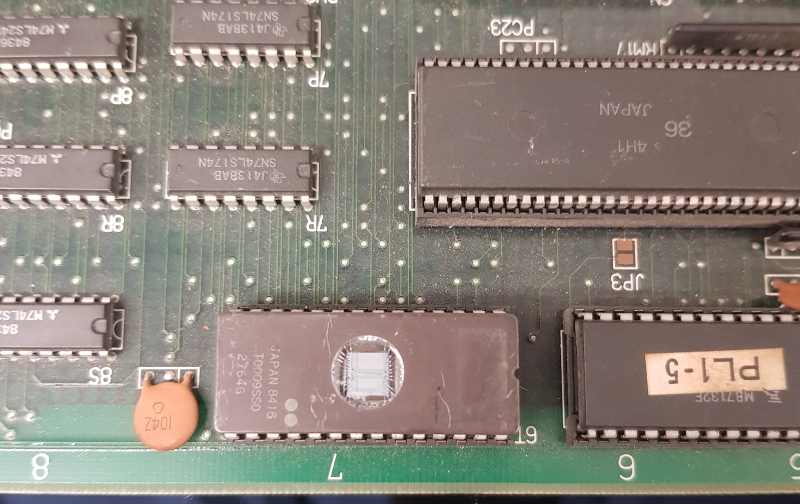 Last thing to deal with was the sound. Obviously I wasn’t going to get far without an amp and I don’t have any spares. Lucky for me, my friend Smarty sent me a replacement gratis which fixed the sound and completed the repair.

Thanks very much to Smarty for the amp.