9 years ago I got a Pang for my personal collection. It was still with original battery and I carefully changed it with a new one because I didn’t like the wire wrap mod to desuicide it.

After testing succesfully the kabuki desuicider on another board it was clear my Pang developed a problem.

For more than a year I never managed to repair it until I got a Fluke 9010A which showed a problem on the z80 bus, the READ signal was not driveable.

I immeditely noticed that it had a very low resistance to gnd.

Near the Z80 there is a resistor network 4,7kohm.  the read signal was connected to a pin of this network which had only a resistance of 427ohm. 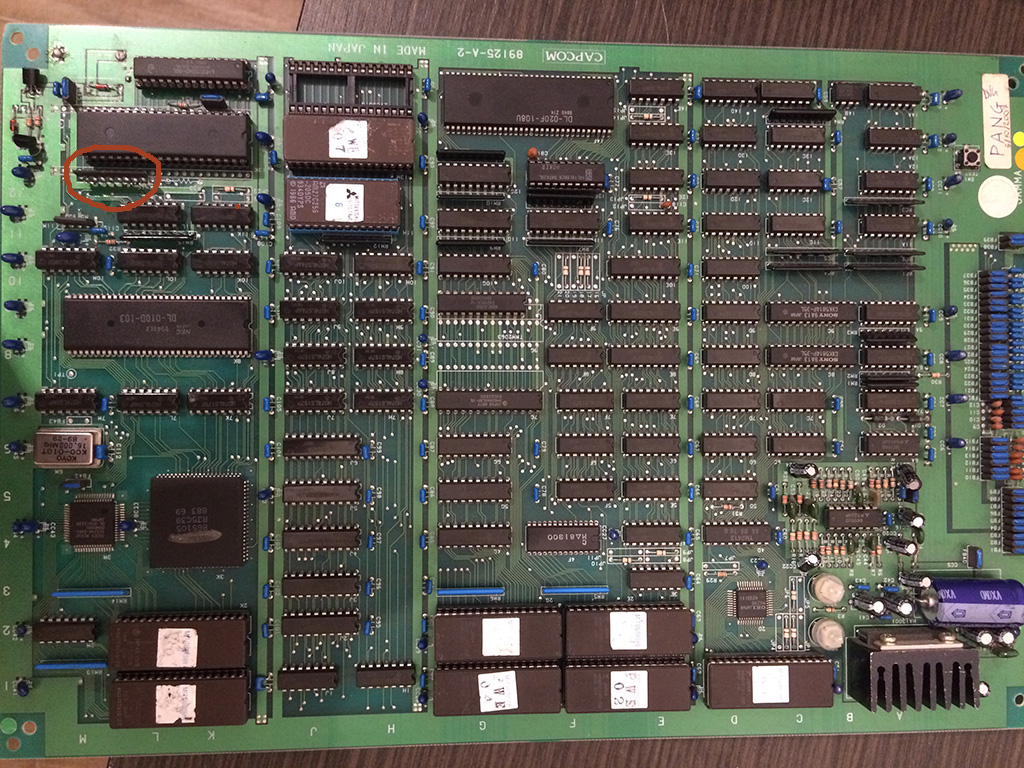 I decided to desolder it and install a new one but the game didn’t boot.

I decided to let the game rest for some more time until one day I discovered that the game sometime booted , sometimes not but when it booted it crashed soon after.

Upon closer inspection I discovered that I soldered very loosy a pin of the network resistance!

After resoldering it better , the game booted without problems!