Received a Parodius DA! PCB for repair, a shoot’em up and second title in the Parodius Series produced by Konami : 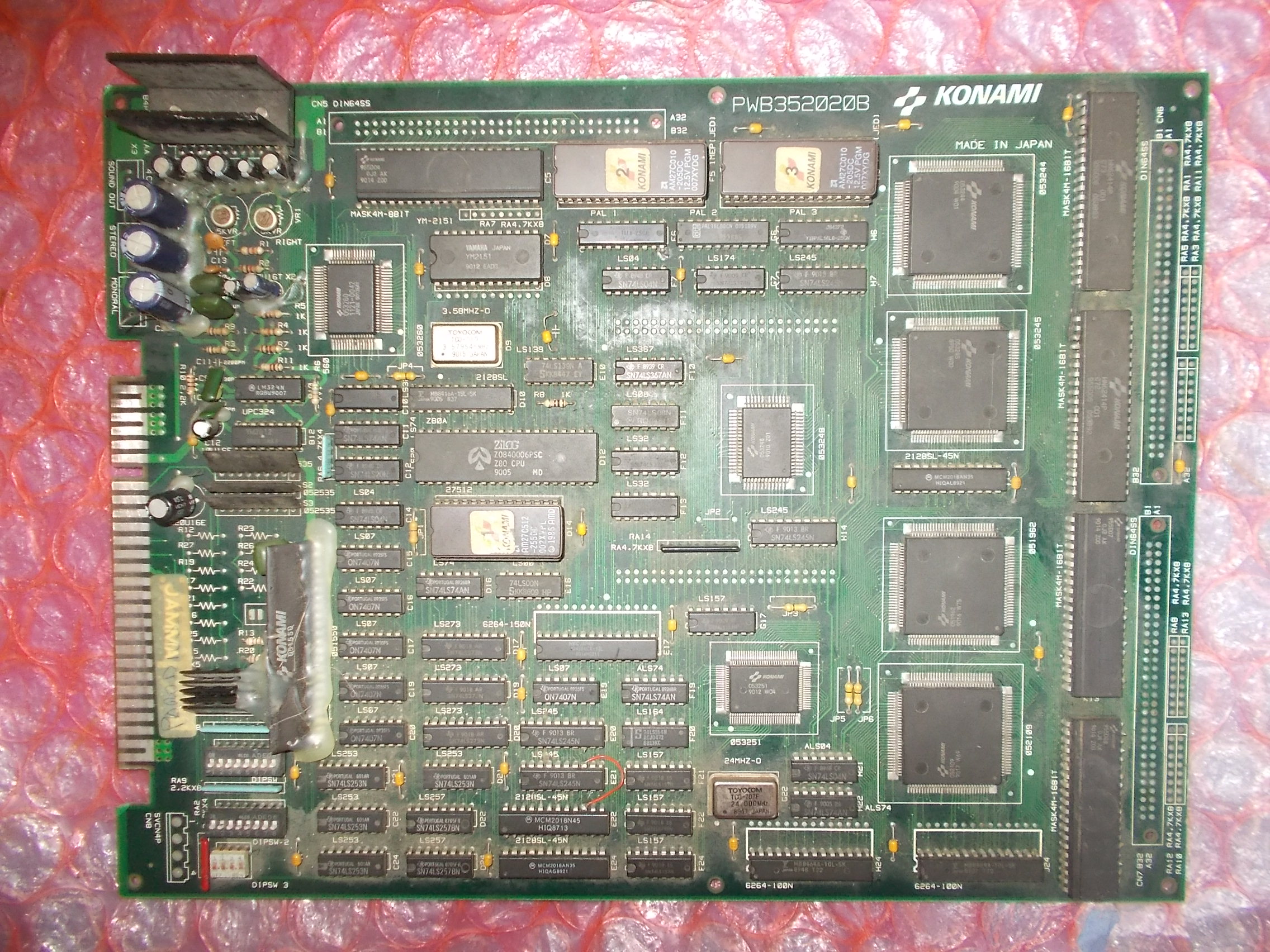 Board booted up and game was fully playable with sound but sprites were wrong:

First of all I launched a MASK ROM check which reported two bad devices @K2 and K8 : 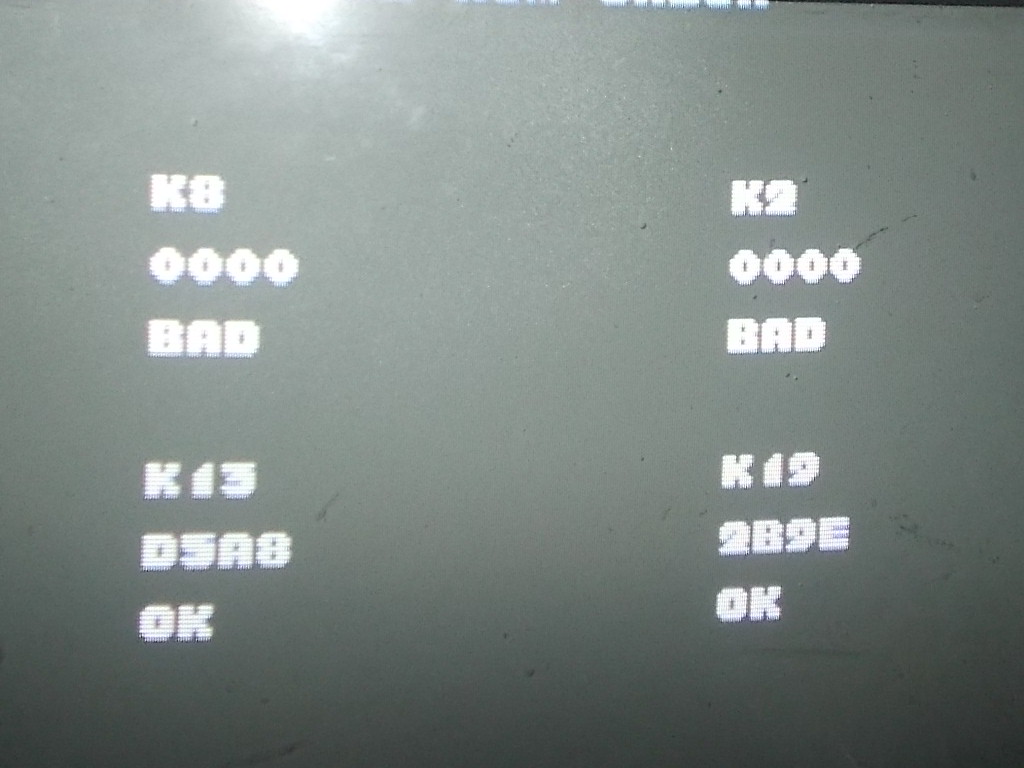 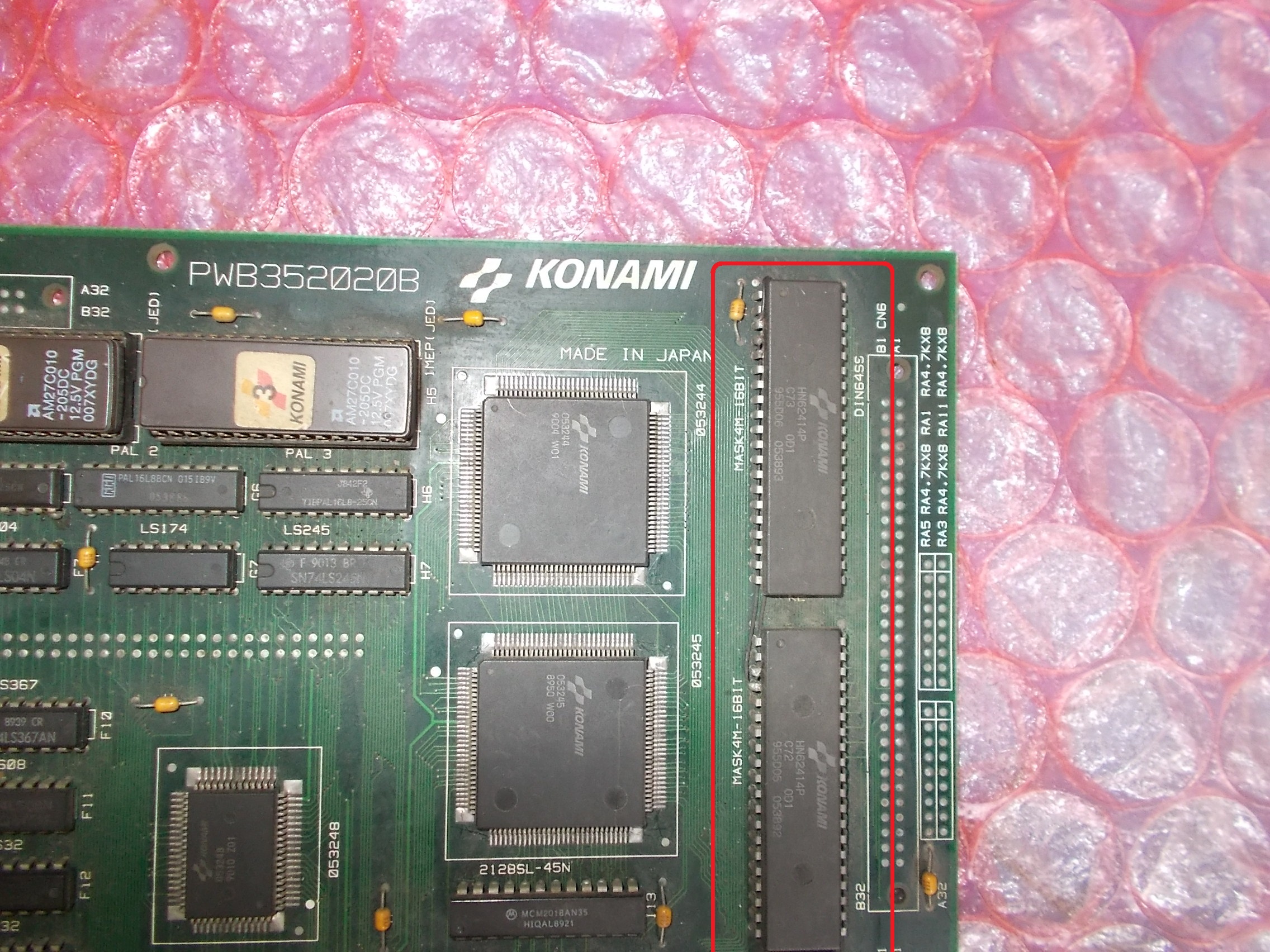 The result of the check didn’t imply the devices were really bad but also that they could be not reached.So I went to probe them and found that pin 1 of the MASK ROM @K2 was floating while same pin of the one @K8 was active :

Pin 1 is the highest address line of the MASK ROM and should be in common between the two devices whereas, at quick check with a multimeter, it was not.Hence the trace to pin 1 of device @K2 was interrupted somewhere.I added a jumper wire on solder side:

This did the trick, sprites were restored and board 100% working again.Repair accomplished.