Received this faulty Parodius DA! PCB for a repair: 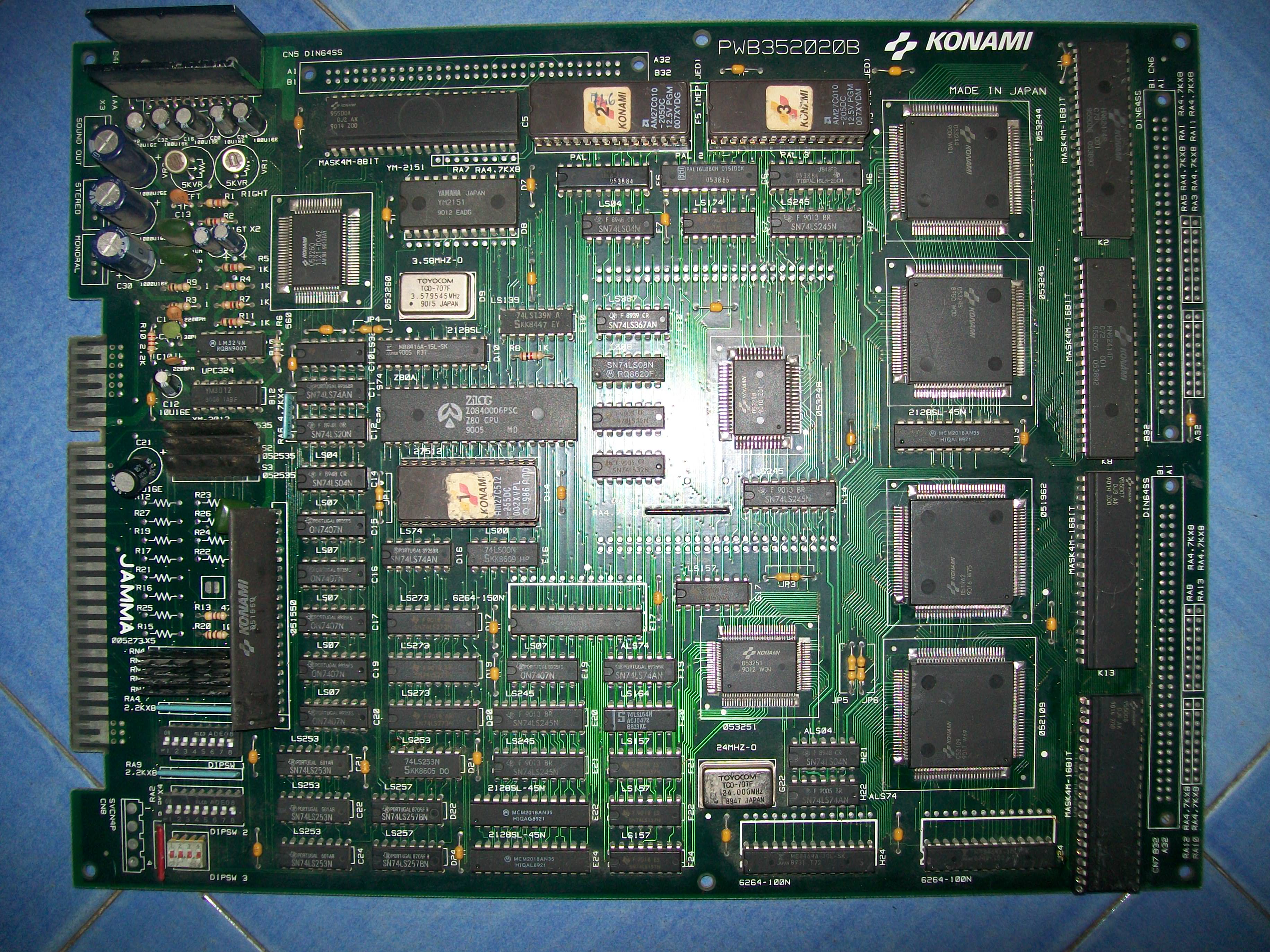 The fault concerned the graphics, there were jailbars all over the screen :

Clearly the tilemap generation circuitry was involved, this is made of two 4Mbit MASK ROMs and two ASICs that work in parallel : the ‘052019’ generates the address lines and the ‘051962’ receives the data from the MASK ROMs and process them : 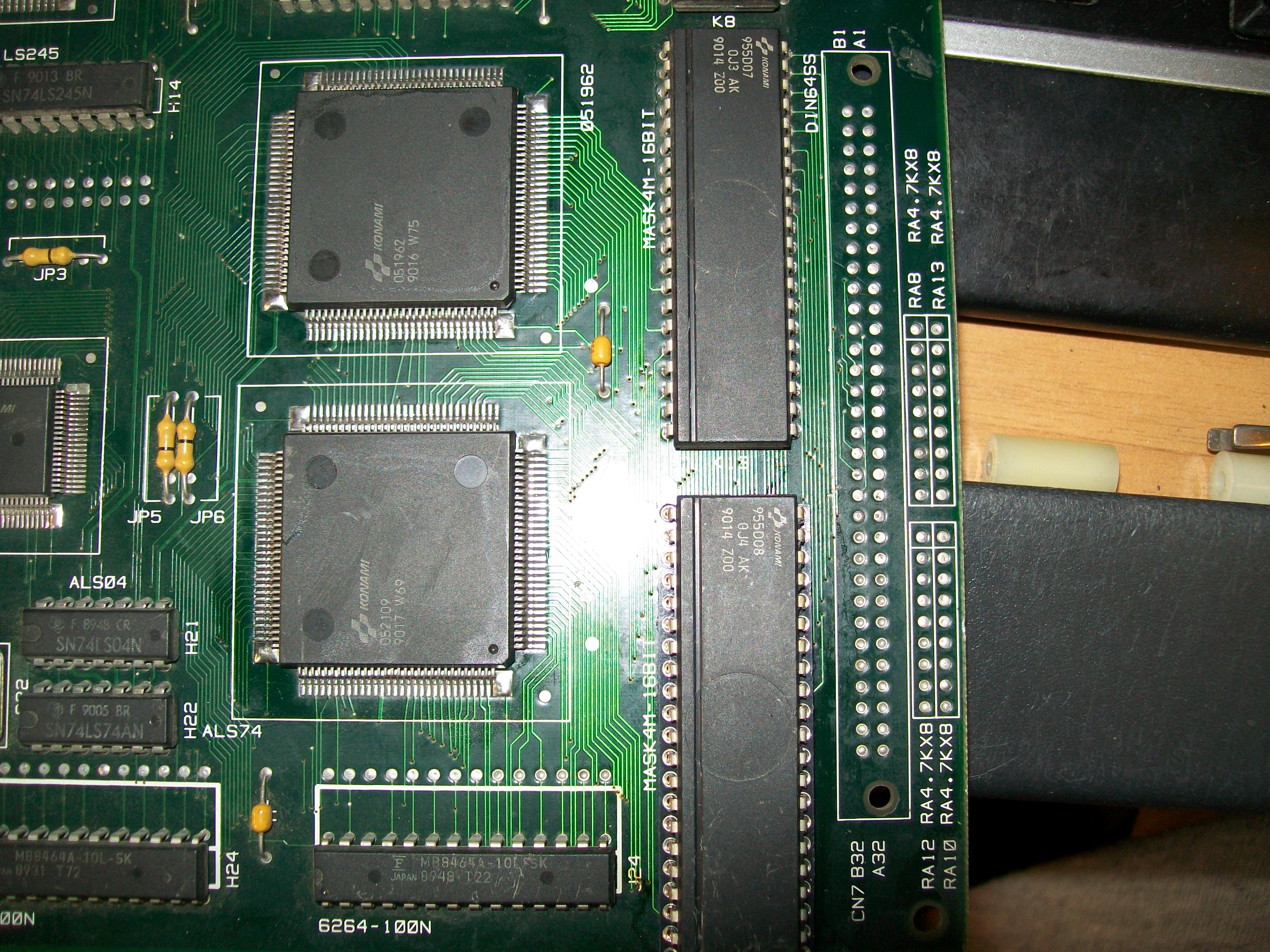 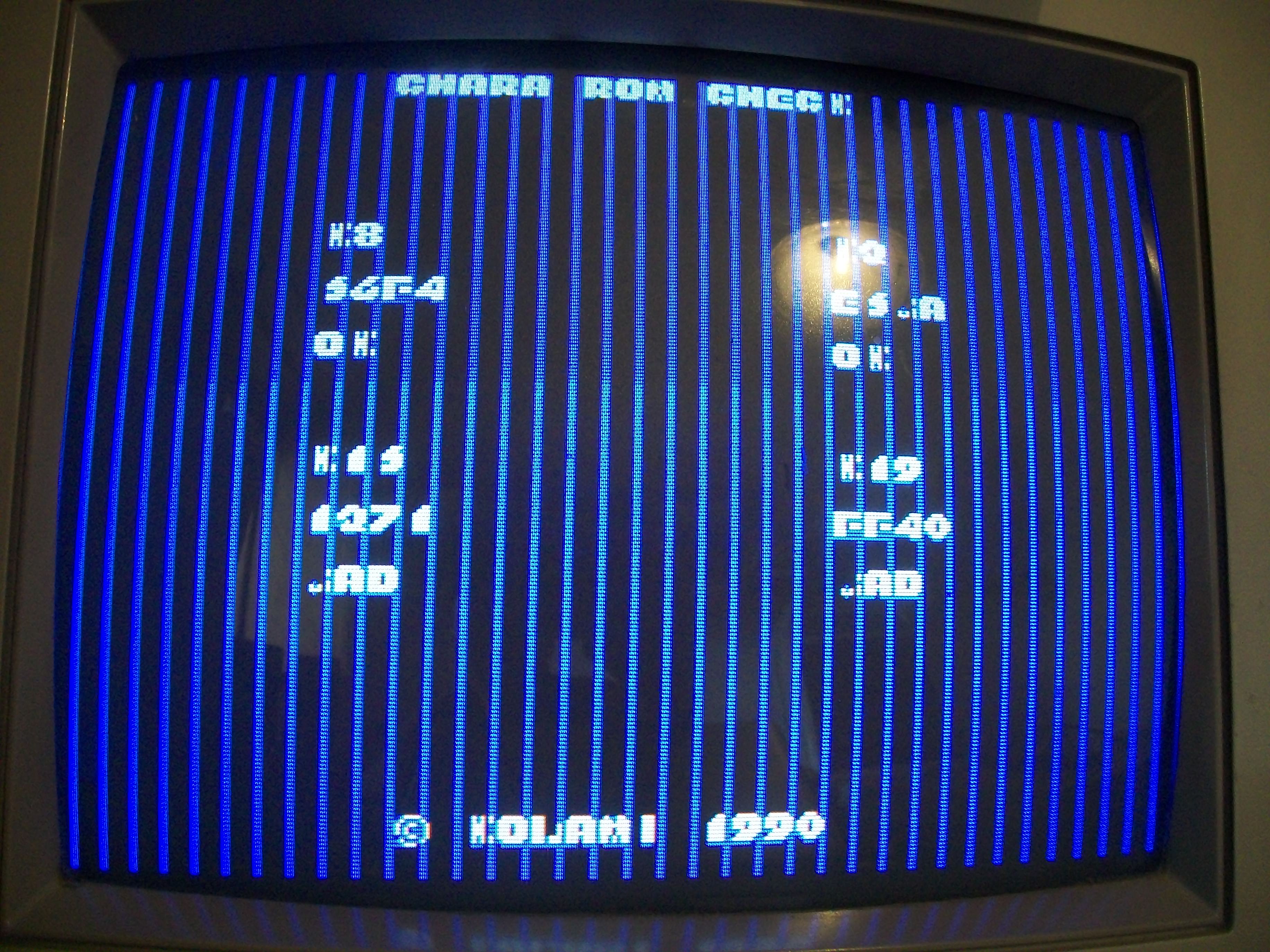 The MASK ROMs @K19 was already removed and socketed.I dumped the device and my programmer warned about a poor contact of pin 13 (data line D0) 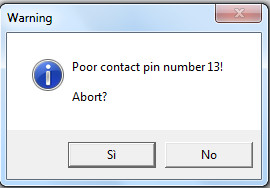 Replacing it with a 27C400 produced very little improvements, the test still reported the two bad MASK ROMs.This meant the main CPU could not reach the two devices (thru the ‘052019’ ASIC) so I went to do a continuity check.All the address lines should be daisy-chained between the two 4Mbit MASK ROM and the ASIC but I found some broken/bad contacts from the one @K19, whoever replaced the device managed to break some connections.Here the solderside overview: 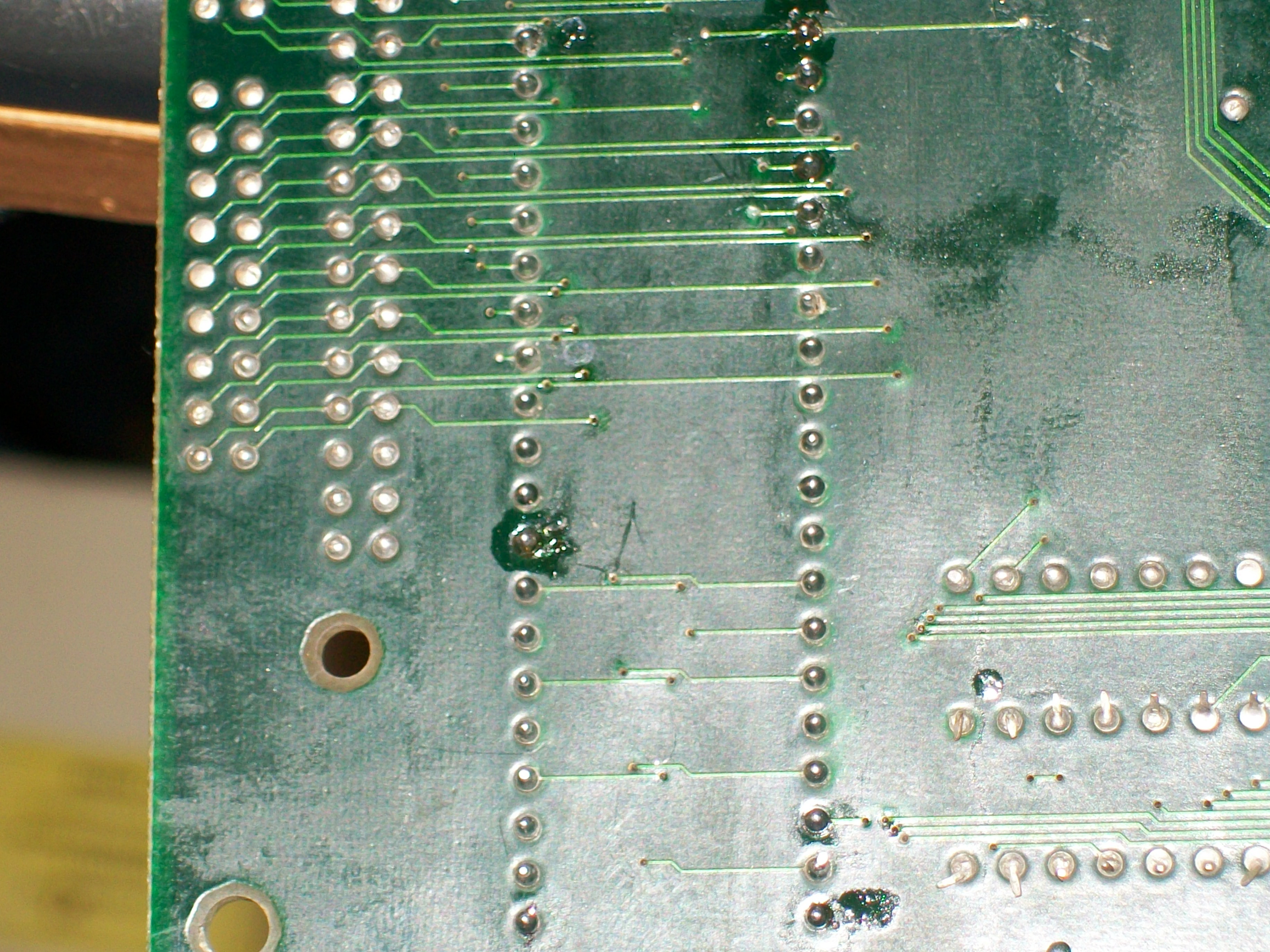 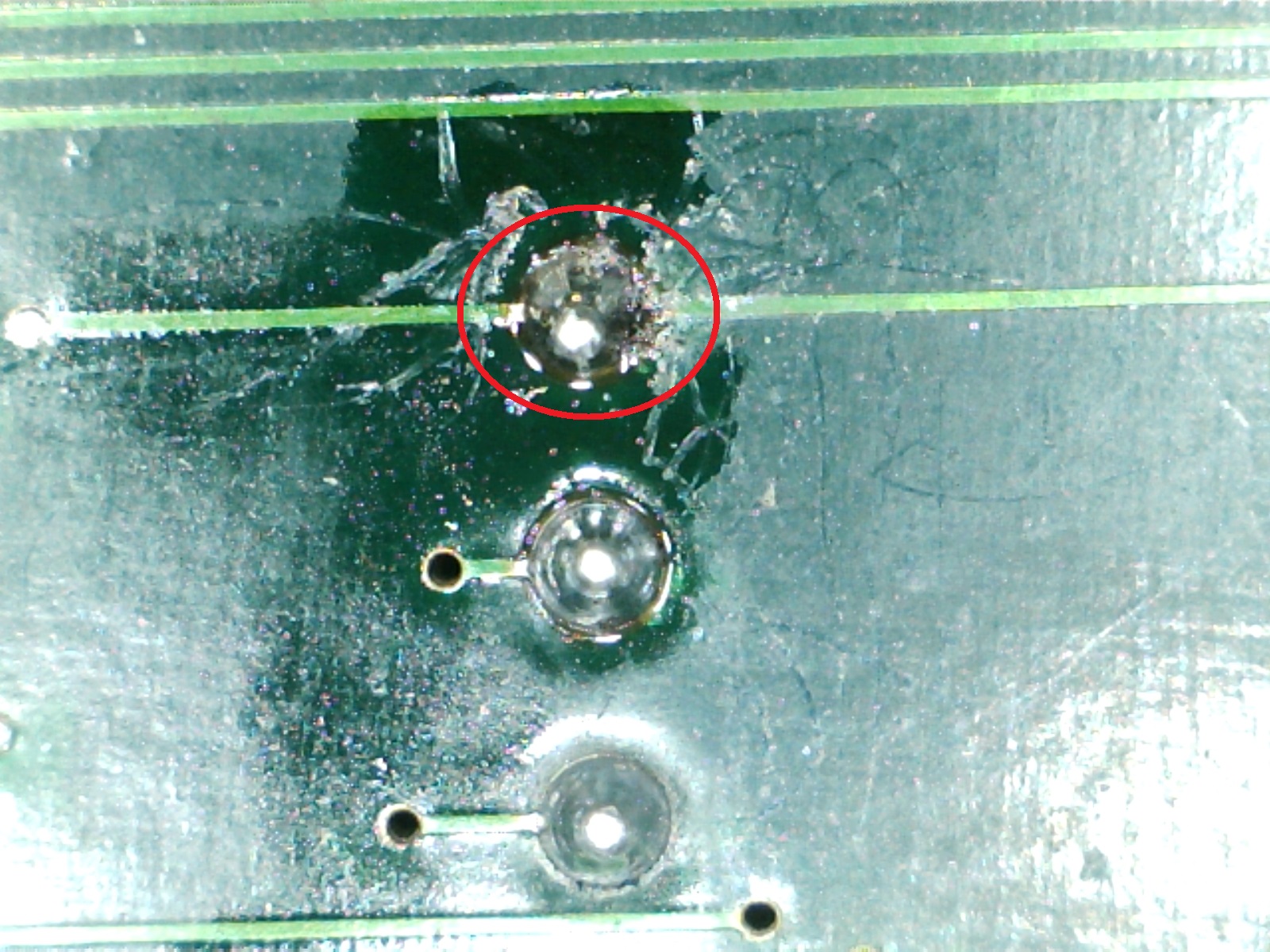 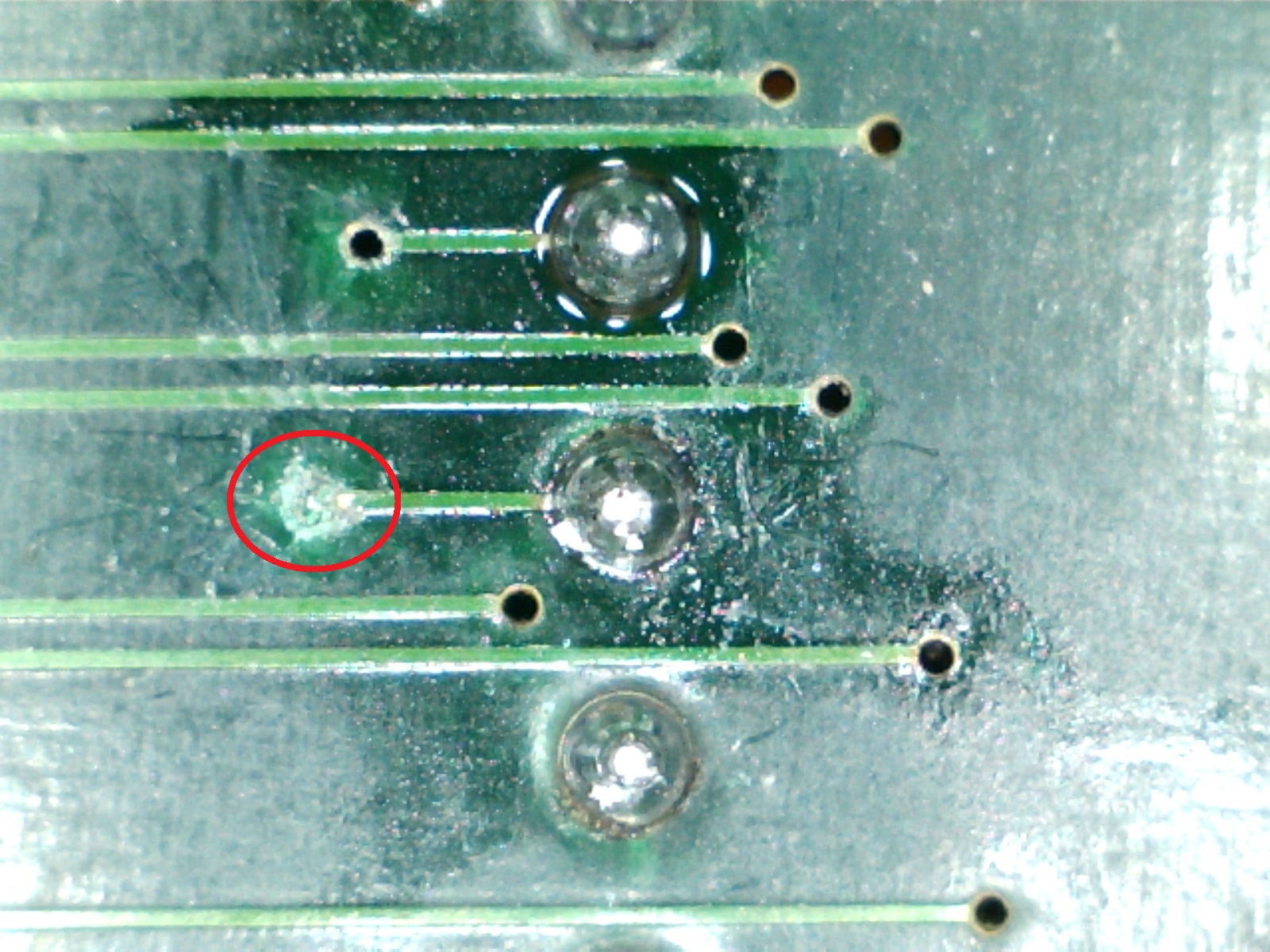 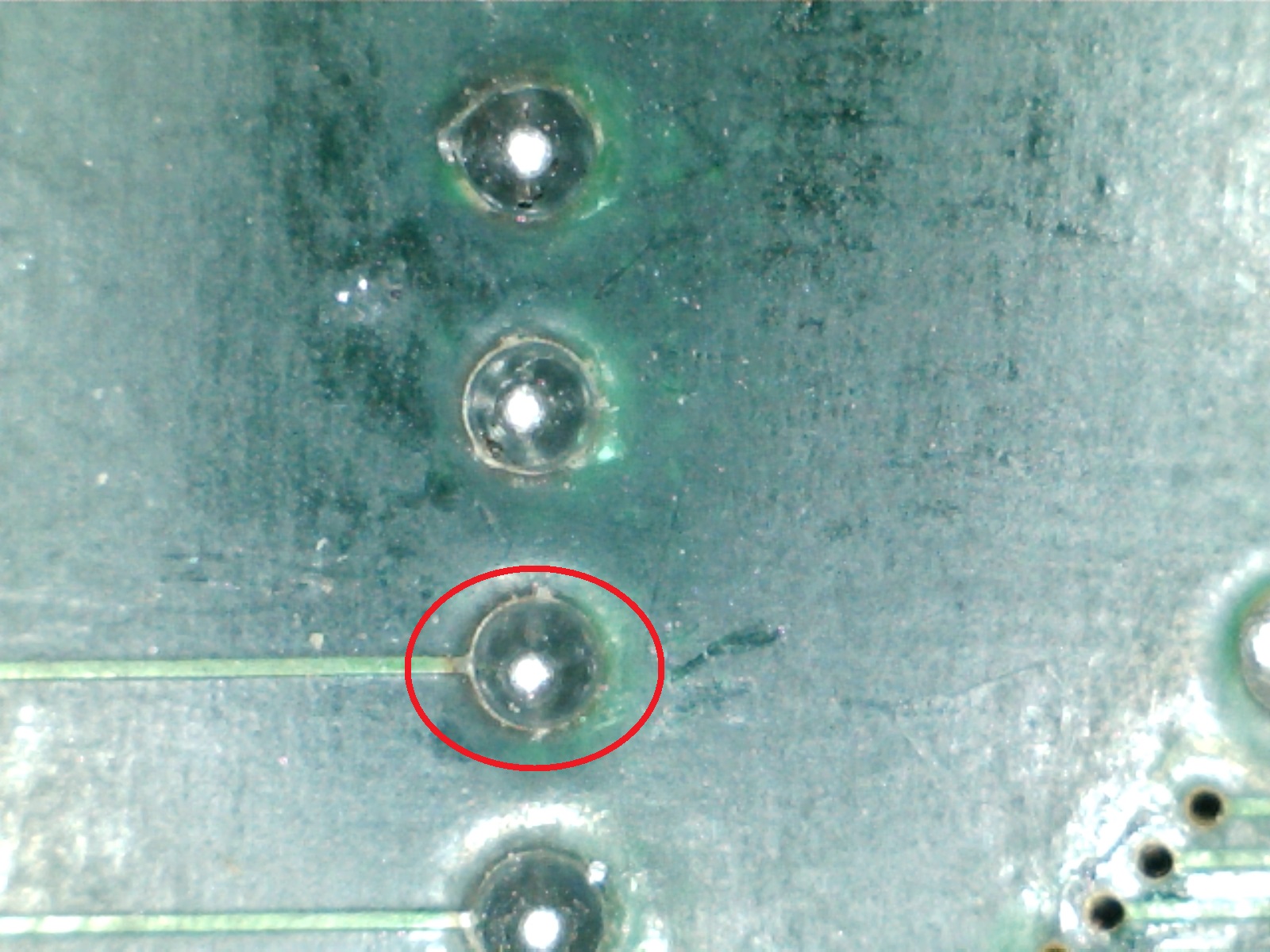 I restored the connections but still got jailbars: 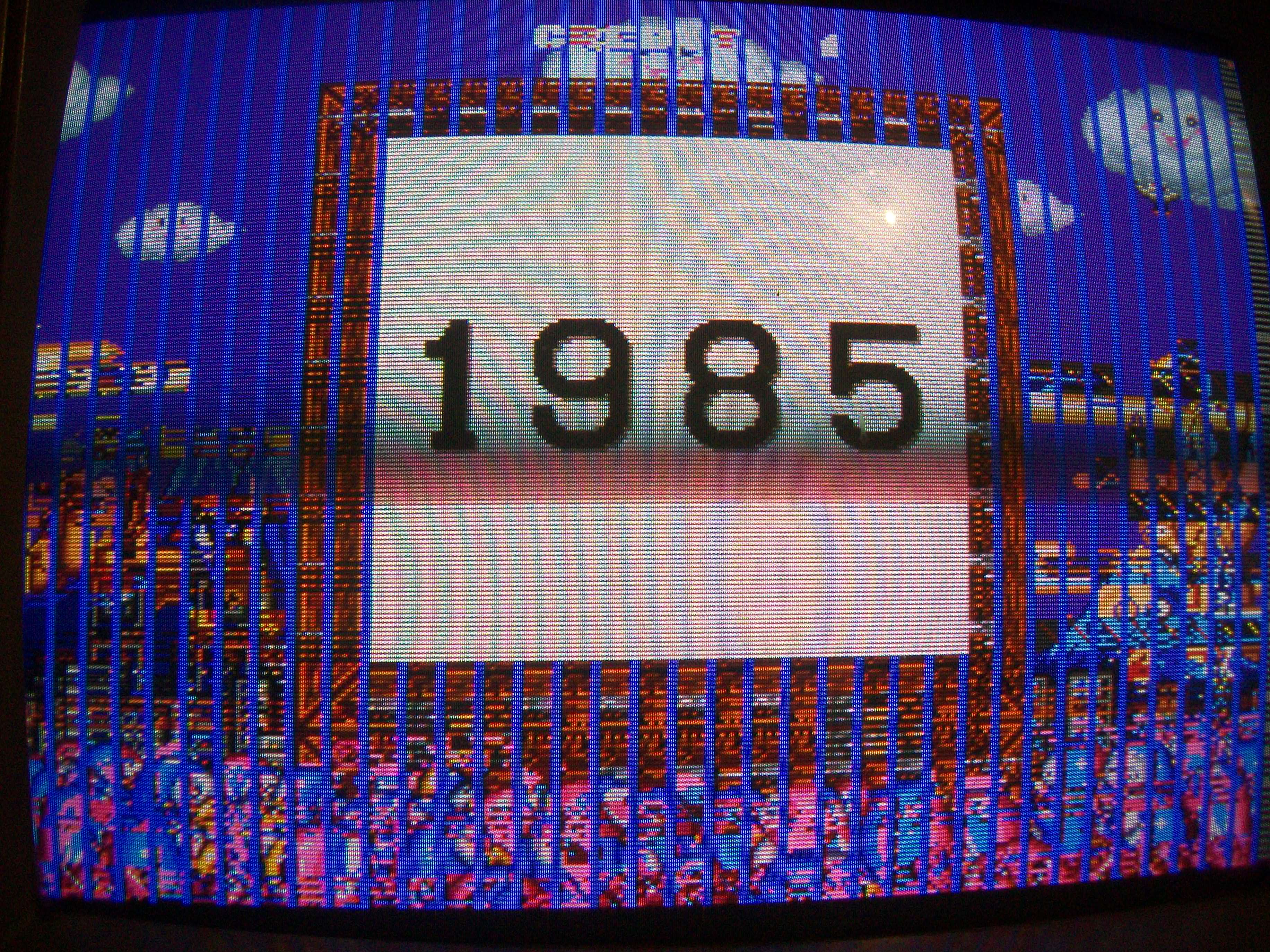 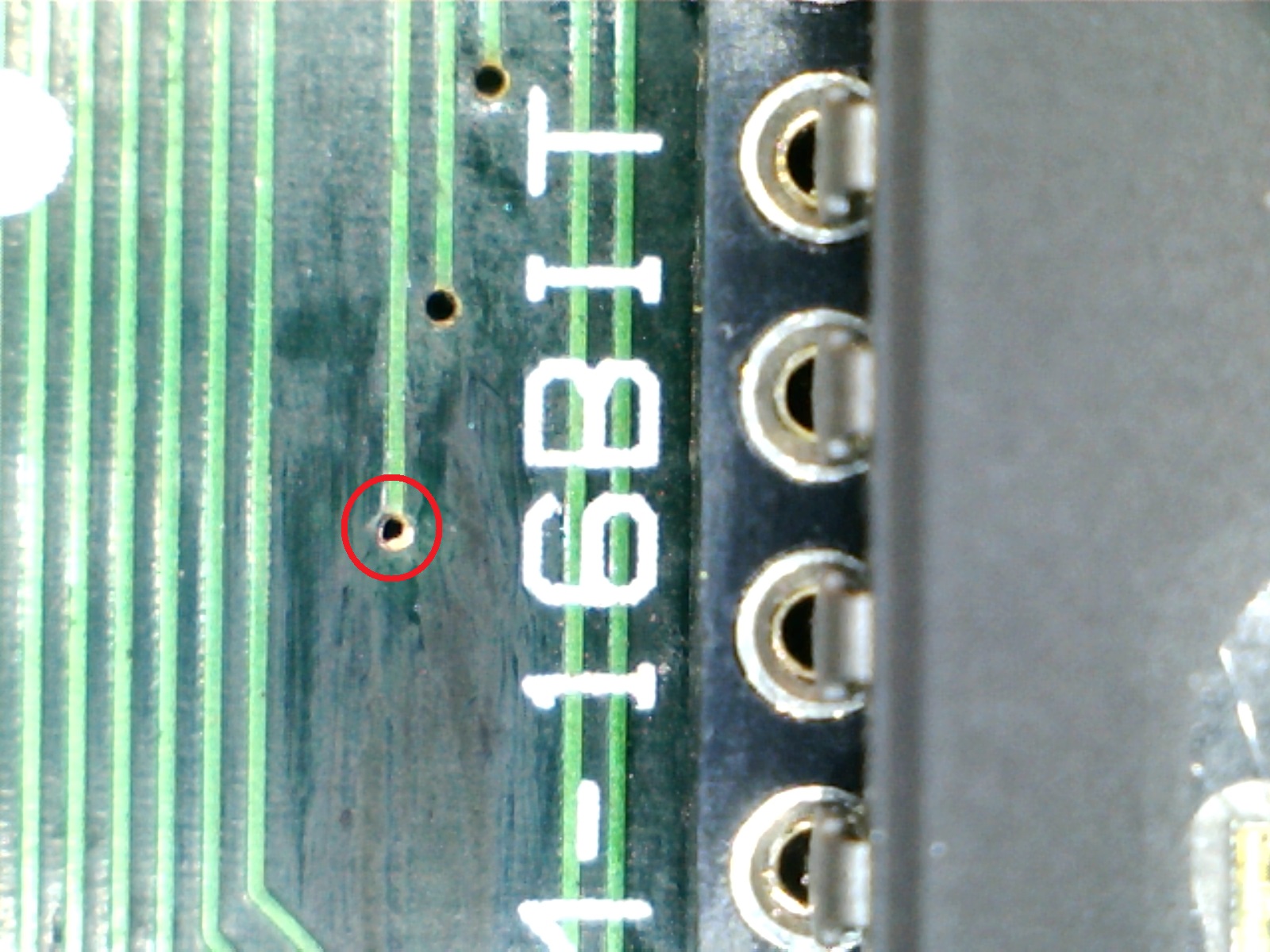