Some days ago I had on the bench this original Pitfall II PCB: 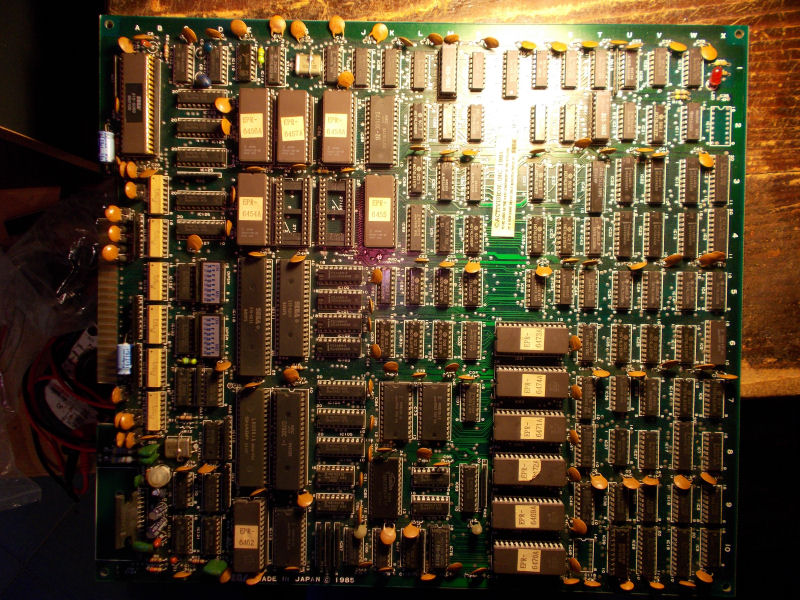 Board booted but all characters/texts were missing and also sound was totally absent:

I started to check the circuit around the six tiles/characters ROM and found nothing of abormal until I came across a 74LS273 @IC39  with missing clock on pin11: 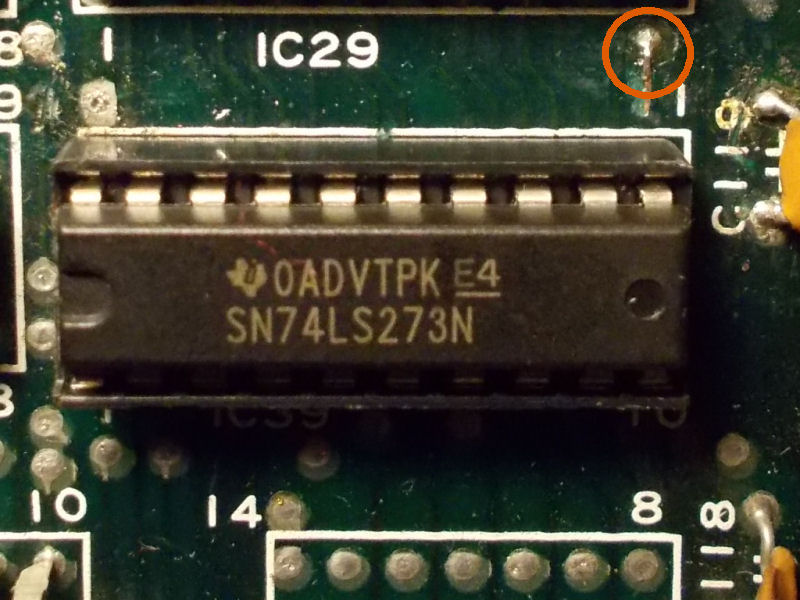 As you can see from the above picture someone had already socketed it but broken the trace going to pin 11, he tried also to patch this but didn’t make a good work ending up there was no perfect continuity (45 Ohm measured) between this pin and above pad : 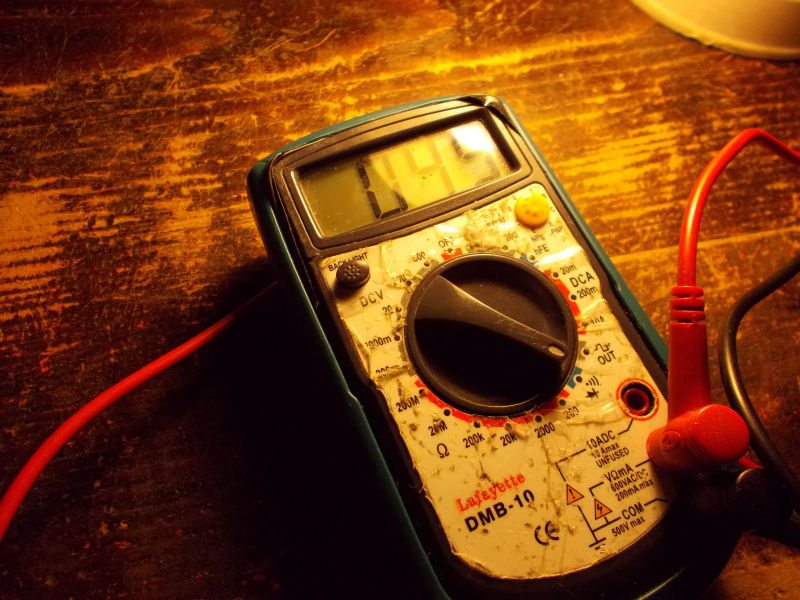 Once established  connection, all missing characters were back again: 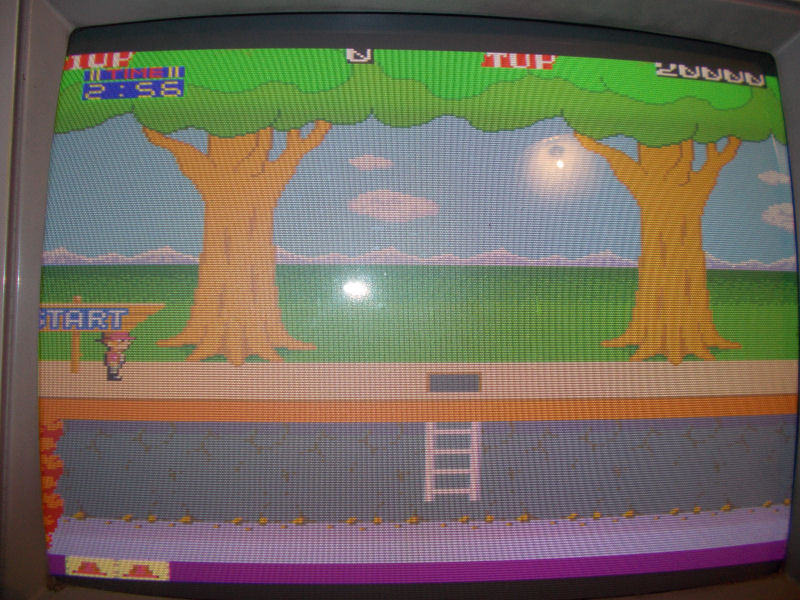 So I moved to troubleshoot the lack of sound.Putting my fingers on solderside pins of the LA4460 amplfifier didn’t produce any noise at all so I was sure that it was bad since I could get sound from its input (pin2) connecting it to an external amplifier but nothing on its outputs (pin 7-9).So, I removed the amplifier and put a good one back:

But I was wrong, still no sound at all.So, I went look at schematics of Choplifter that, though runs on different Sega hardware (System 2 while Pitfall II is on System 1), shares the same audio circuitry: 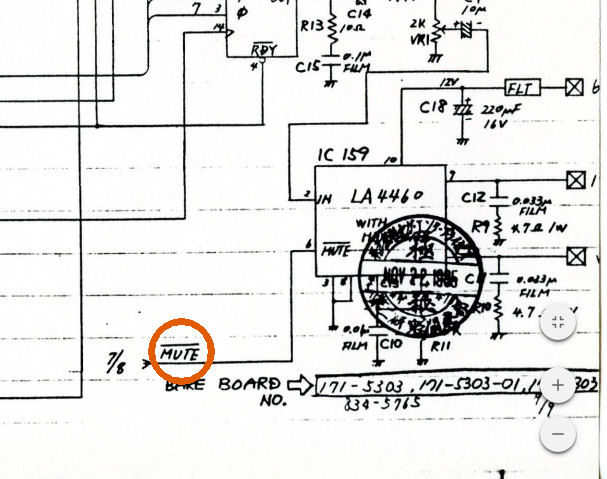 I had not taken into account the pin 6 of the LA4460 which is called ‘MUTE’.This pin when tied low, like its name says, mutes the outputs.So, I went to probe it on the board and, indeed, it was stuck low.I could trace it back to pin 16 of a BA12003 @IC129 (a  Darlington transistor arrays) : 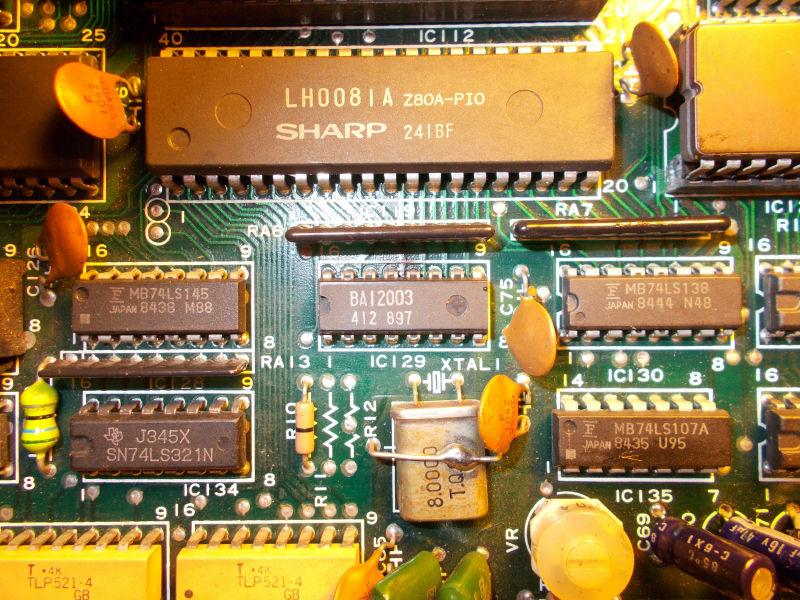 The input (pin 1) was low so signal was not inverted internally (like schematics show) and outputted high : 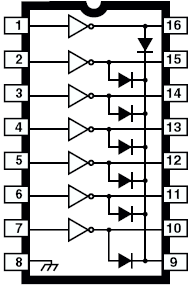 I desoldered and tested it out of circuit where it failed: 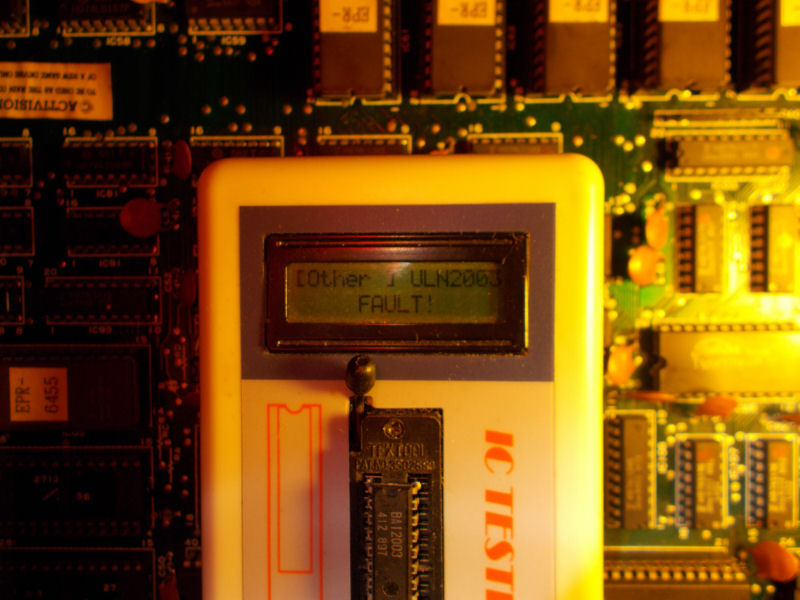 I replaced it with a compatible ULN2003: 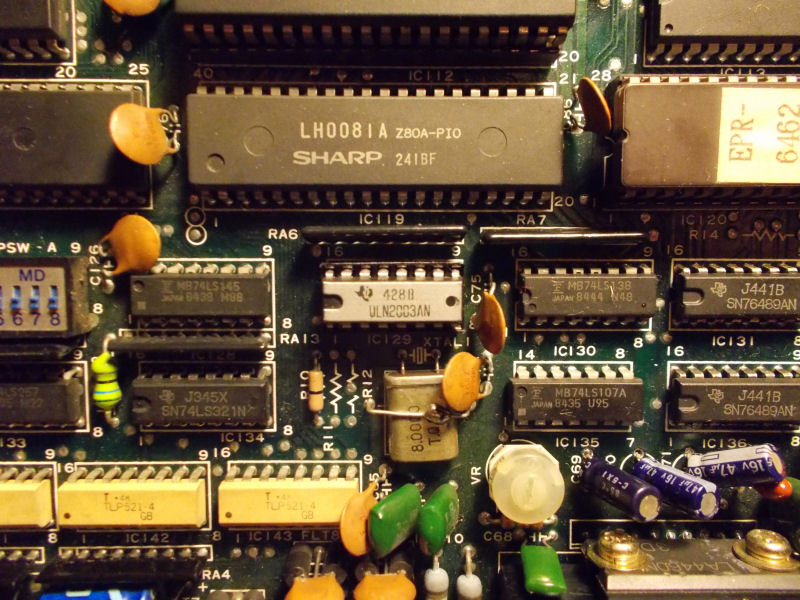 and sound was back again.End of job.