I bought this faulty Point Blank PCB for cheap on Ebay: 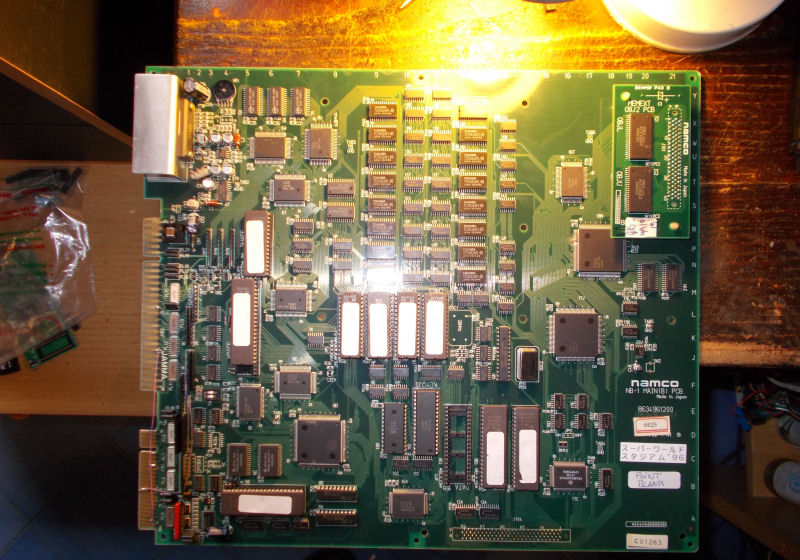 Seller said it had graphical corruption and was missing a primary color and sound.When I powered it up I actually had sound but the other two issues were there: 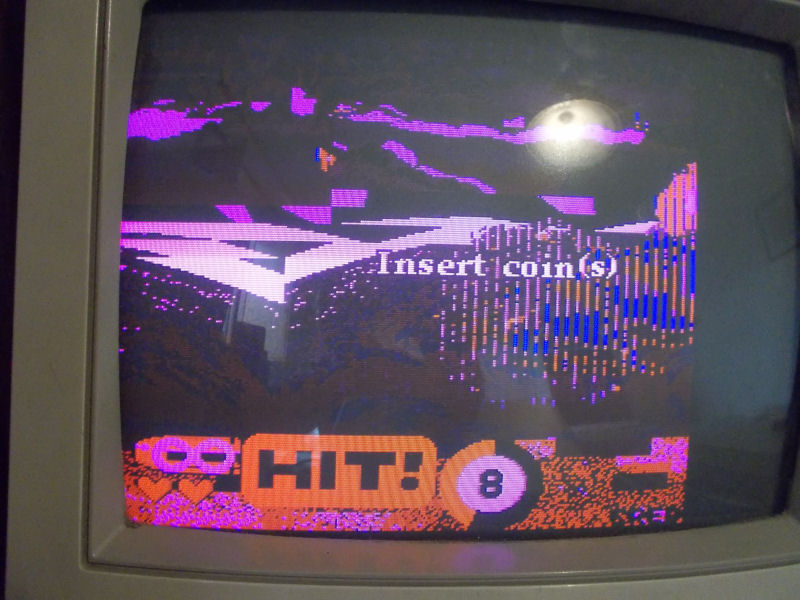 The missing color was the green, tracing the pin 12 solderside back from JAMMA connector I found the culprit : one of the three SMD transistor ( each of which drives a color output) was missing: 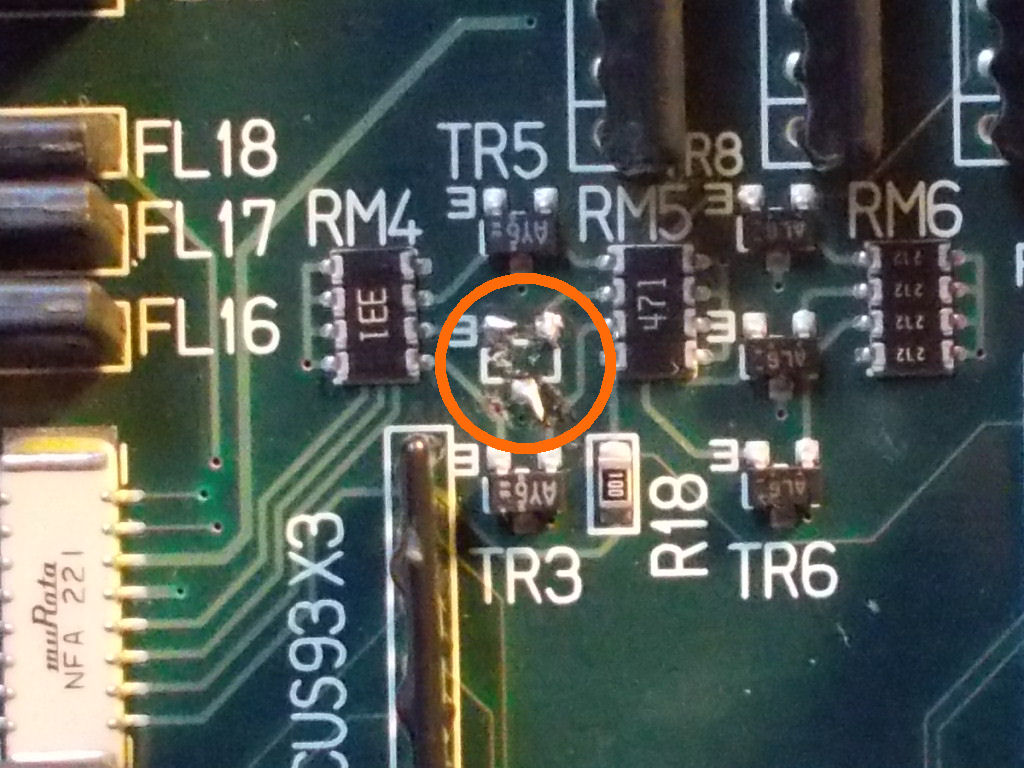 Green was so restored : 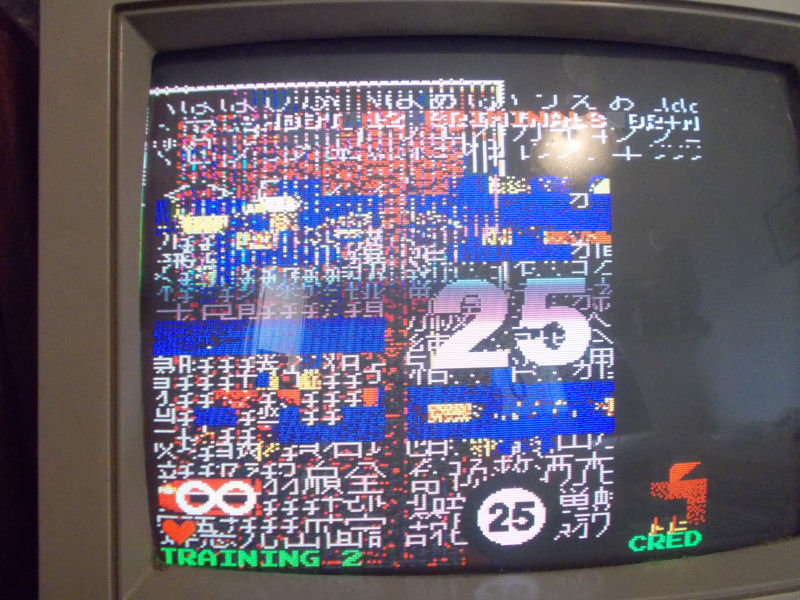 but graphical troubles were still there.Inspecting the board I found that some pins of the custom C355 were smashed: 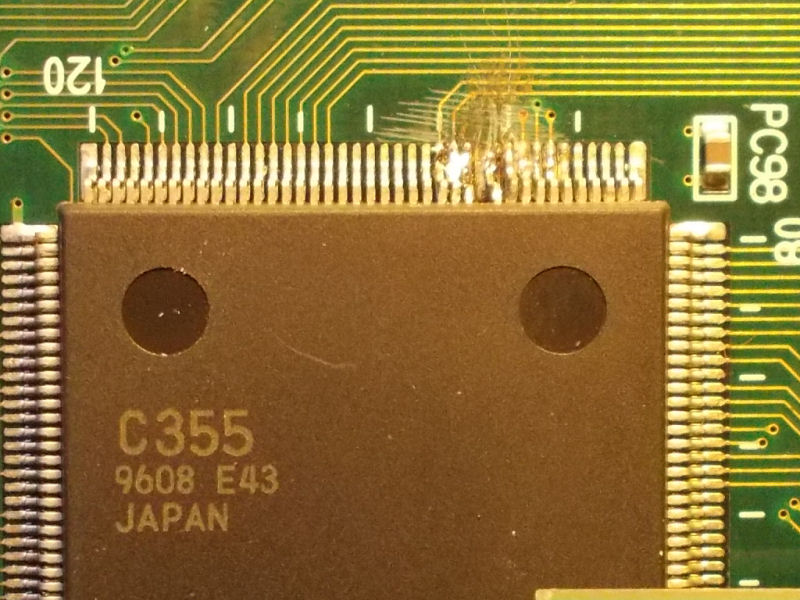 This custom handles the motion objects (sprites) and my issue concerned this part of graphics.Having a spare Namco NB-1 board I opted for a replacement of this ASIC :

After some work and pads rebuilding, I ended up with this result: 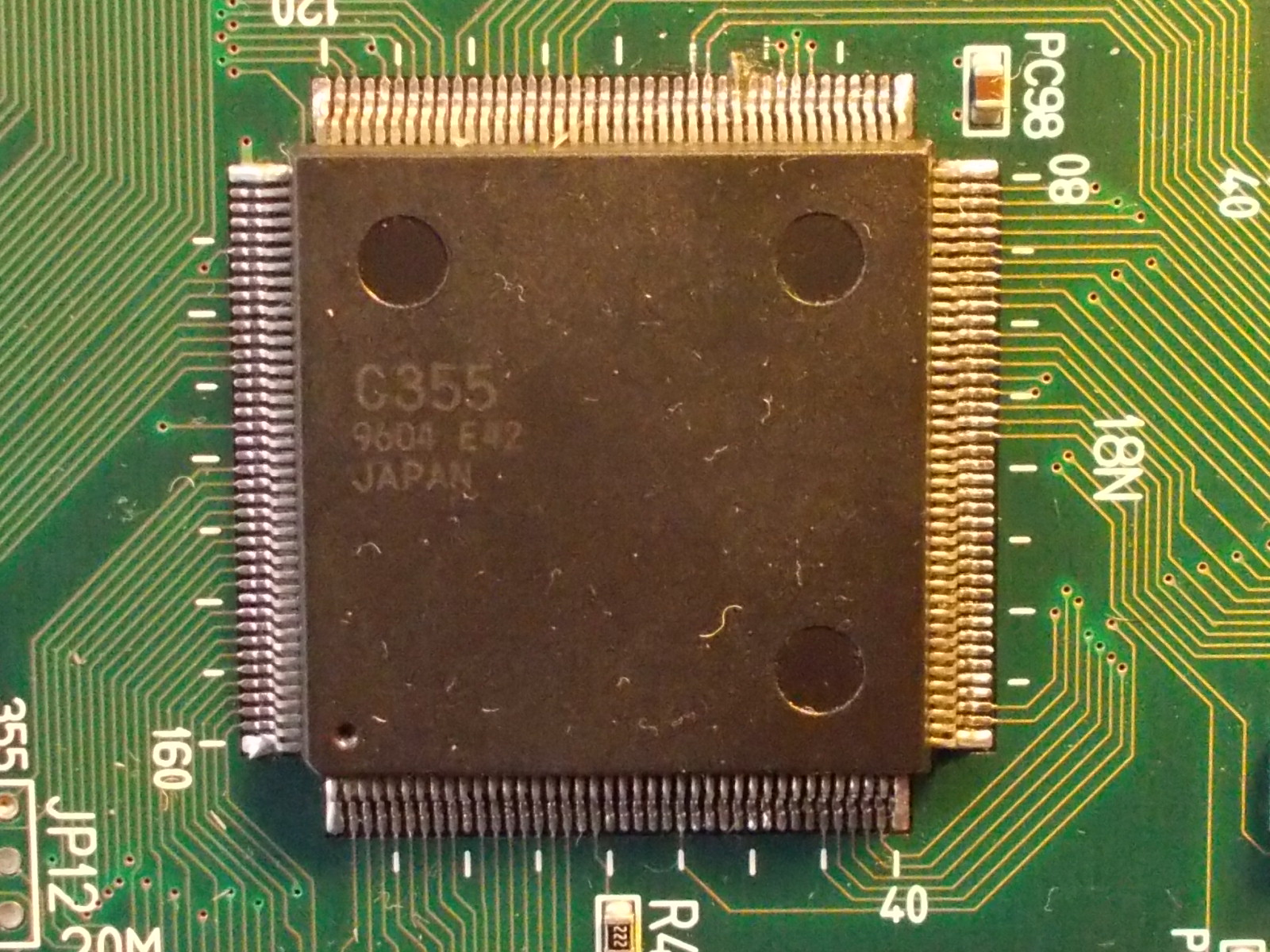 In this way graphics were completely restored but sprites had jailbairs: 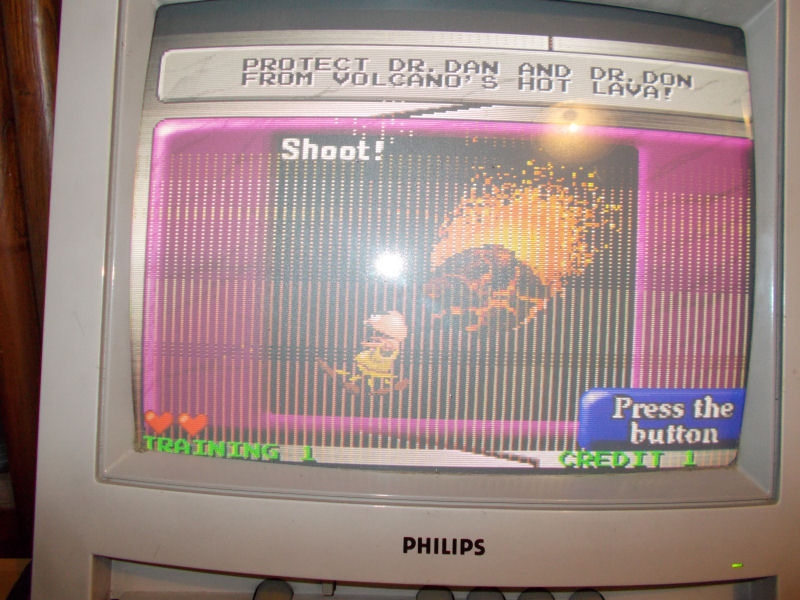 Pressing down the board fixed the issue temporarily, inspecting again the board revealed a liften pin on a TC51832 (62256 compatible)RAM @12R: 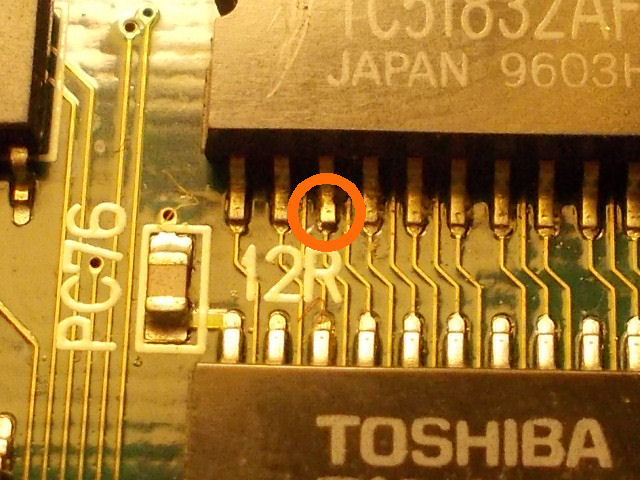 Resoldered the pin and board 100% fixed.