Received from Germany some faulty boards to repair.There was this Prehistoric Isle in 1930 PCB, an horizontal  shoot ’em up game developed by SNK and released in 1989. 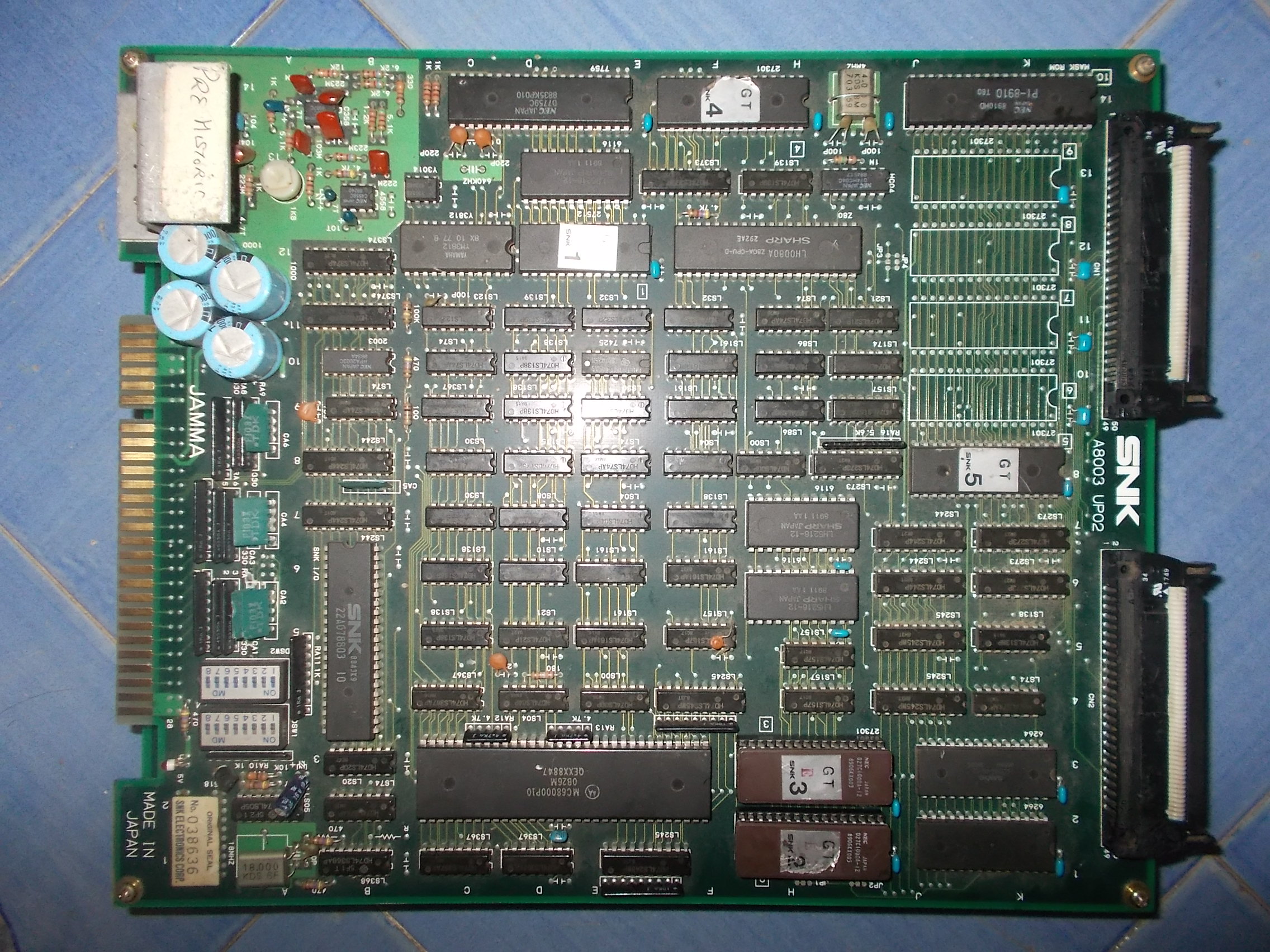 Game boots up but some foreground graphics had vertical lines through them: 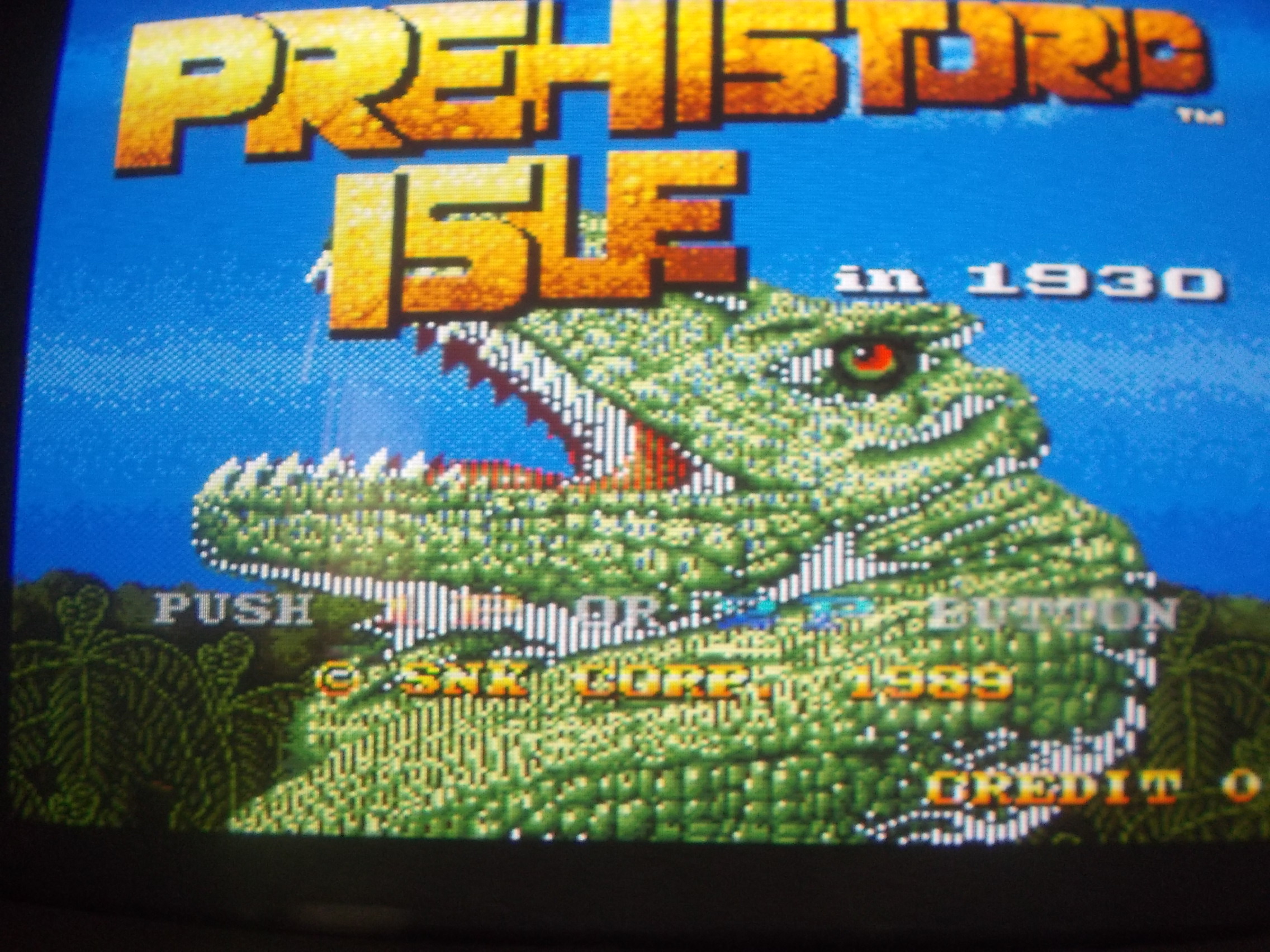 Relevant GFX data are stored in a 2Mbit MASK ROM located on video board: 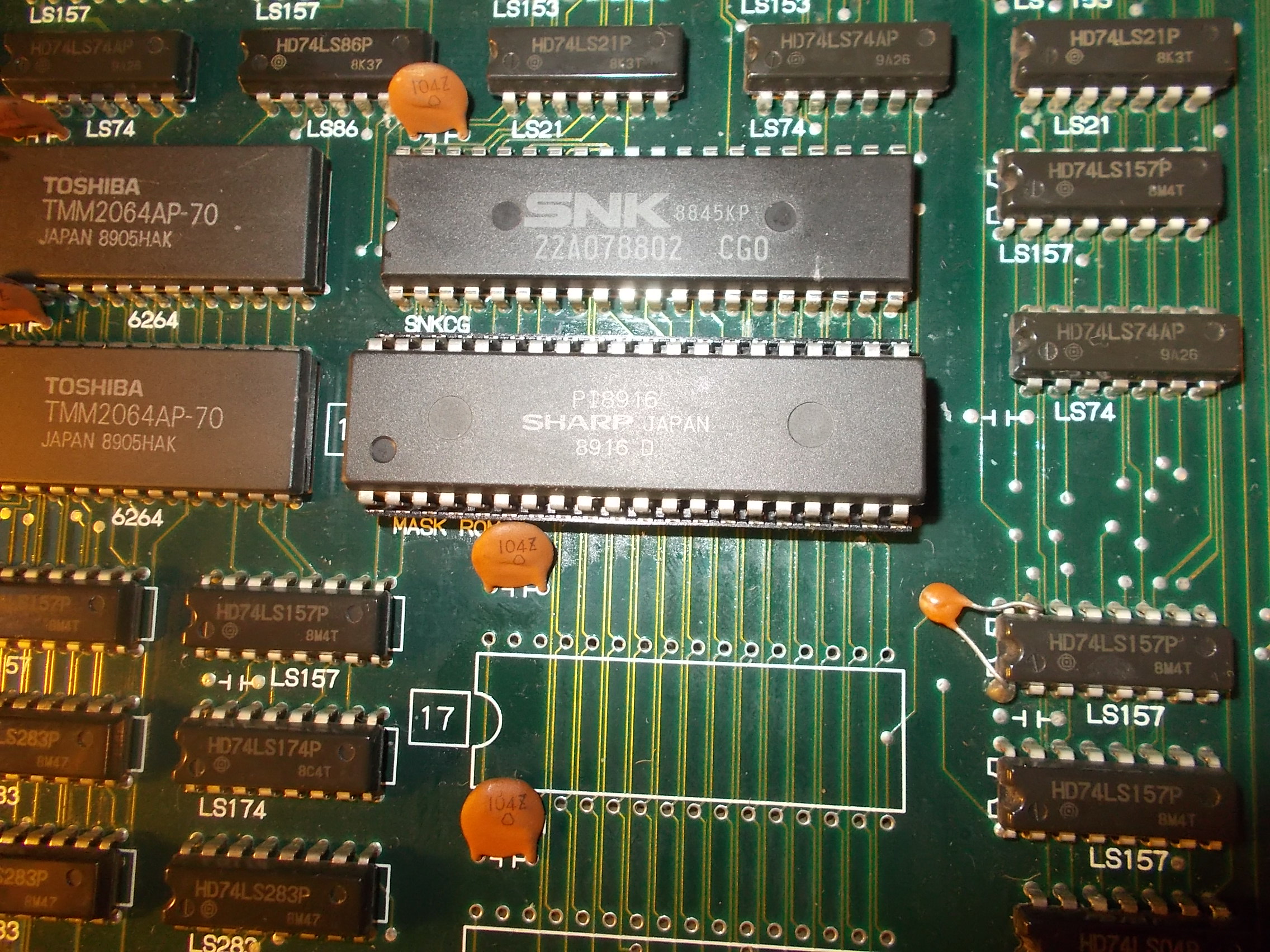 I dumped the device and it was good.The data of the MASK ROM are read by the near custom silkscreened ‘SNKCG’.A visual inspection in this area reveleaed some corrosion on a trace : 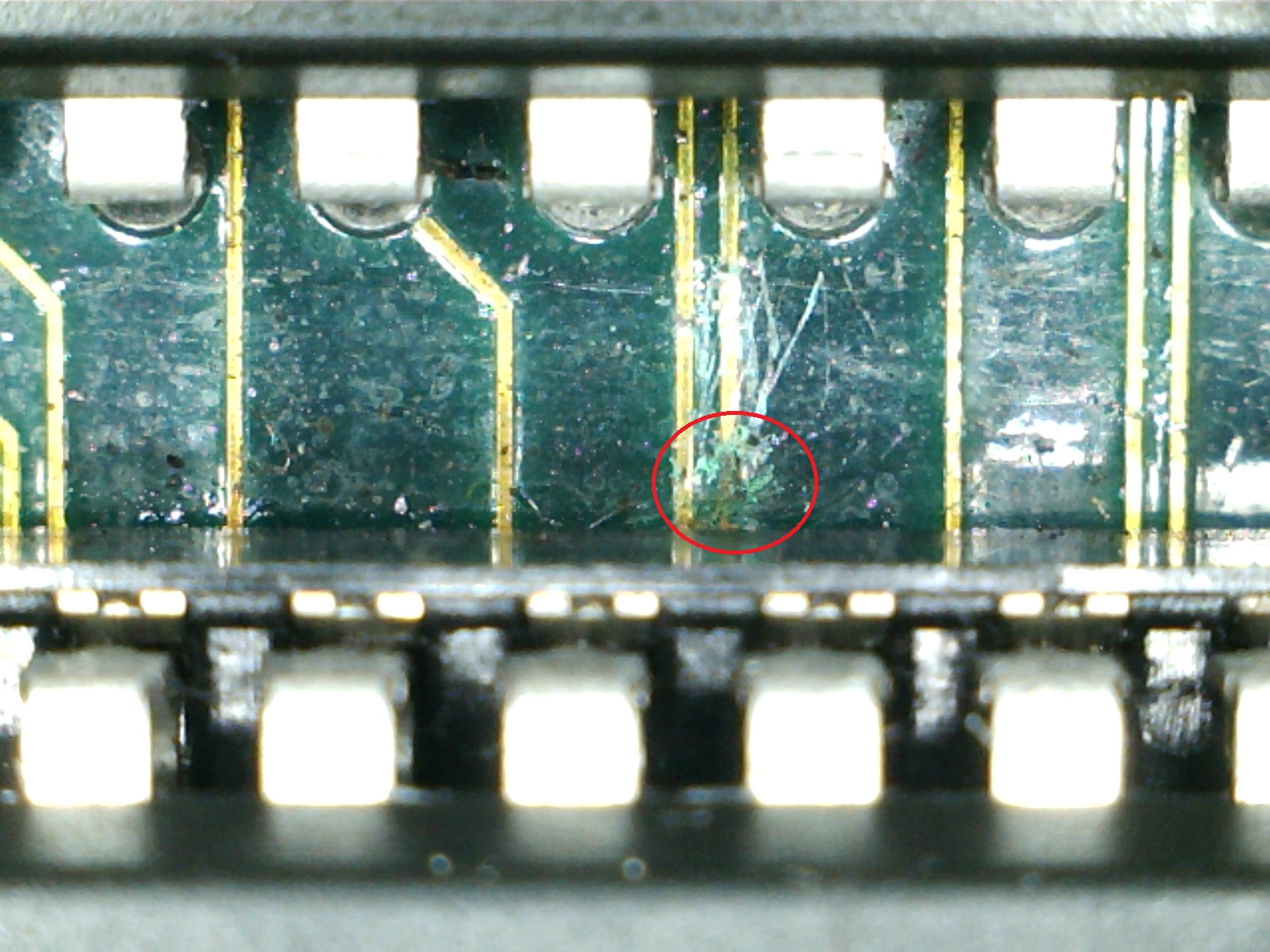 Trace was connected to pin 17 of the custom, it  was silent when I put on it my logic probe so either it was a dead output or an input not receiving any signal 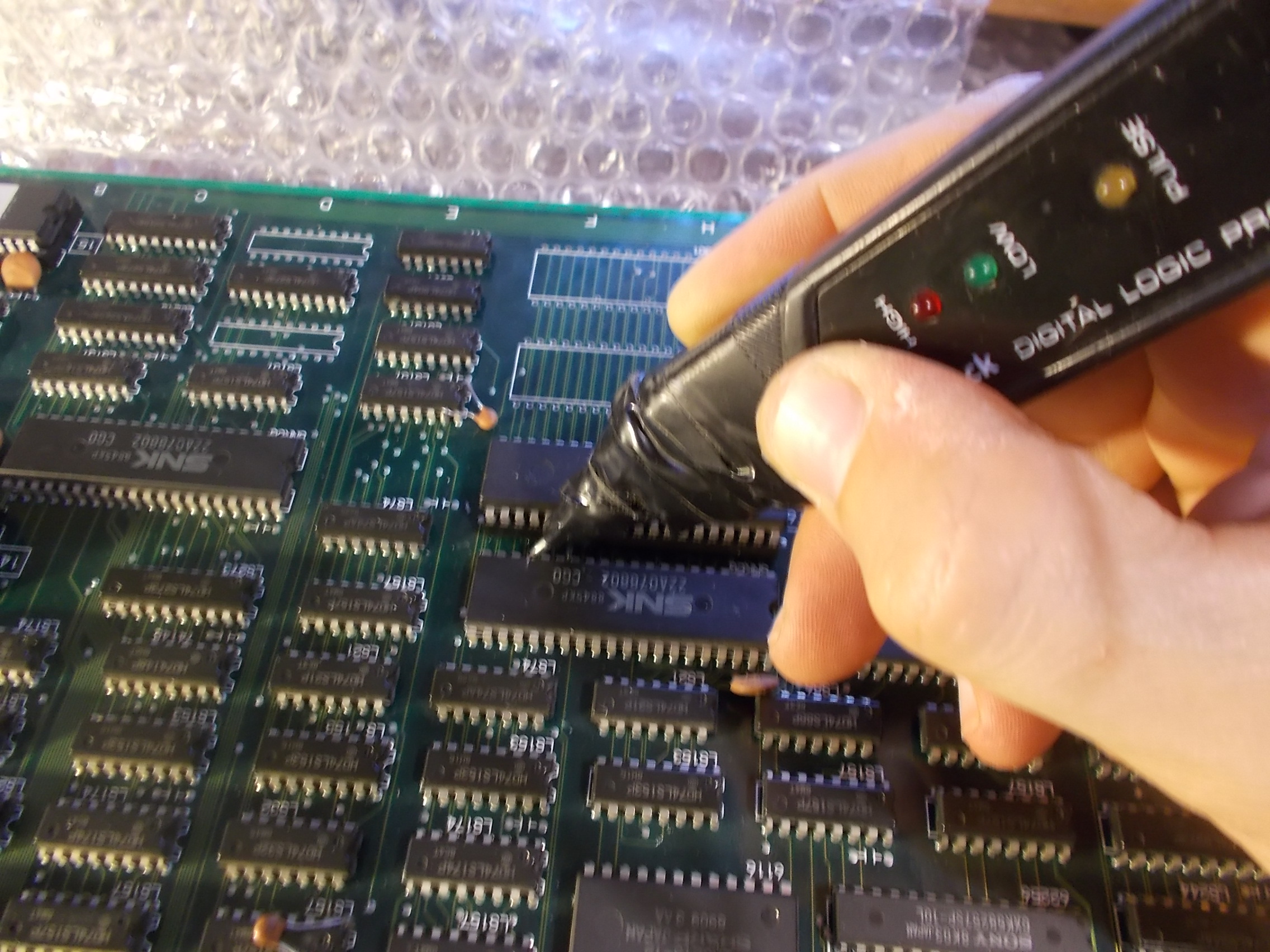 I was not able to find where this pin was connected to so the trace was really broken due corrosion.Looking at the other near pins, they were all connected to data lines of the MASK ROM, I found corrispondance for all of them except pin 26 (D6).I run a jumper wire and foreground graphics were restored: 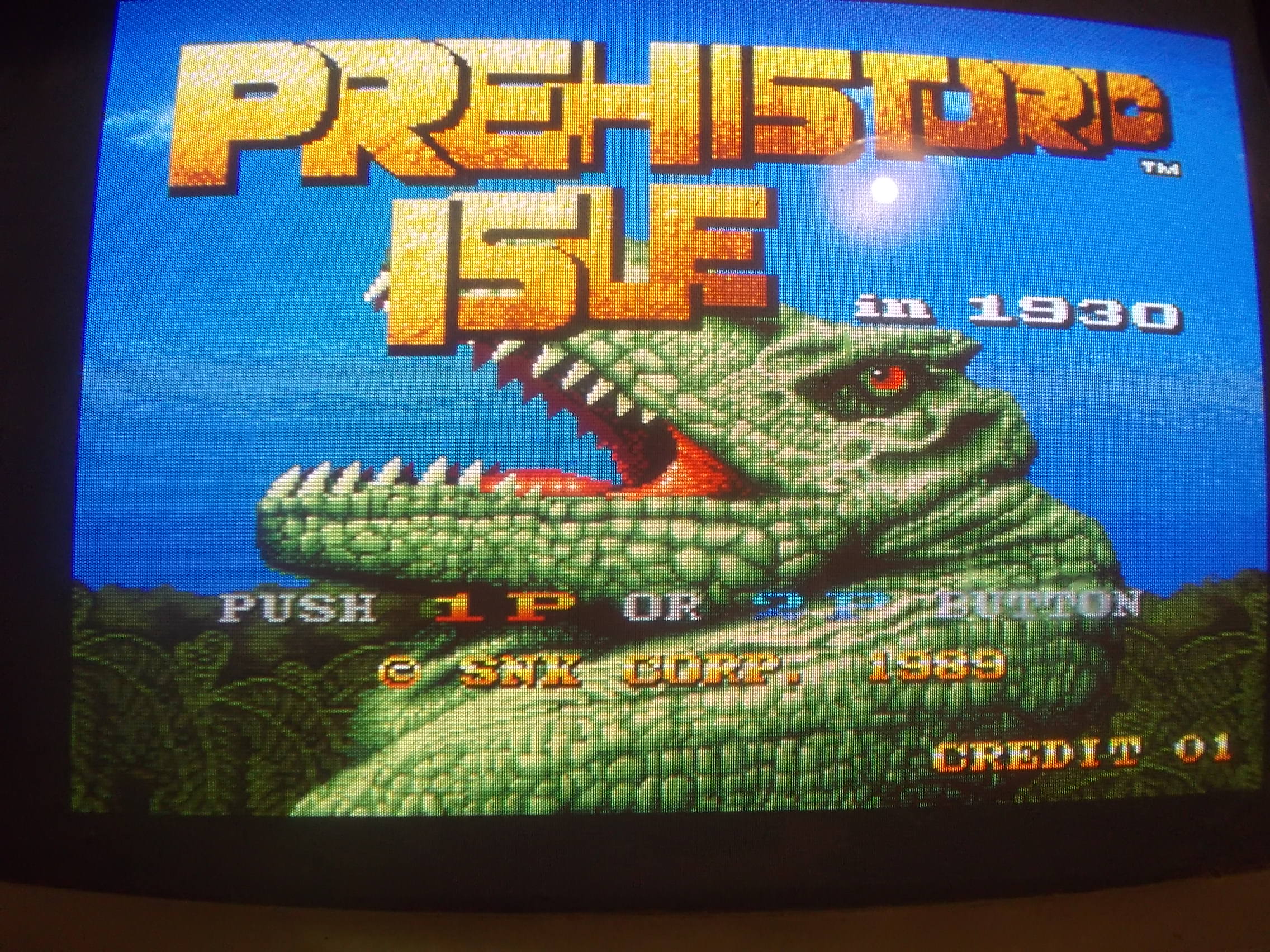 Happy with result I was about to close this repair when, during testing, I noticed that voice samples were missing, I could hear only some crackling noise instead of them:

Looking at sound section on CPU board I quickly found the culprit: 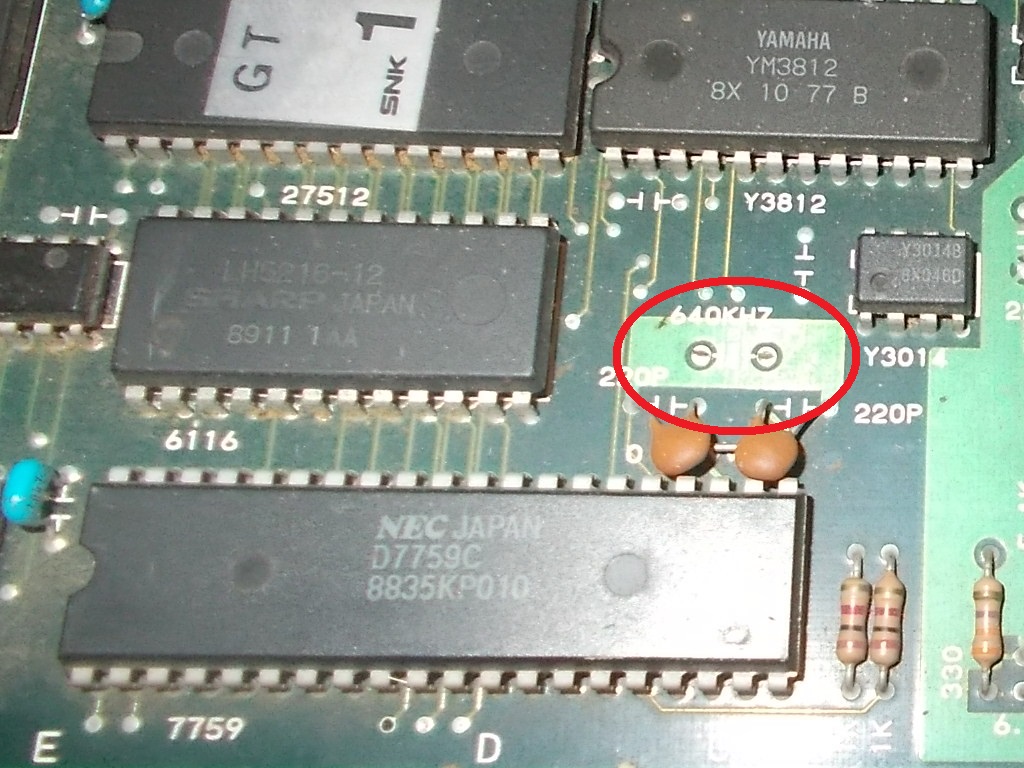 The 640MHz ceramic resonator (which provides clock the uPD7759C speech synthesizer IC) was missing, this a common issue on all boards that use it, it’s very easy that it comes off

I took the spare from a dead Sega System 16B motherboard: 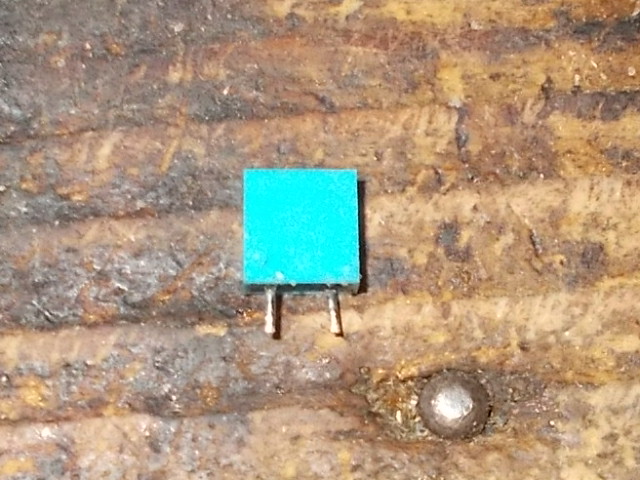