There is a lot of people out there that need to program a Timekeeper RAM but don’t have the necessary hardware to do so.
Silent Scope 1 & 2 both use one of these and if it dies will display the infamous 11P error.

Recently I decided it would be good to write an Arduino program to do this job.
I have only tested this on an M48Z58Y chip which is almost identical to the M48T58Y only the later has an extra CE (active HIGH) line.
While this worked well for me on the former, it may have issues that need addressed. I have also NOT tested this in any Silent Scope hardware. While the correct data was programmed I have no idea if Silent Scope requires any of the extended functions the Timekeeper RAM offers.
To put it bluntly, this may or may not work for you. If it doesn’t then I have no real way of testing how to make it work with the hardware.

Its a pretty rough program and it is more of a proof of concept than a finished product. Hopefully it will be a starting point for someone to finish or rewrite it. 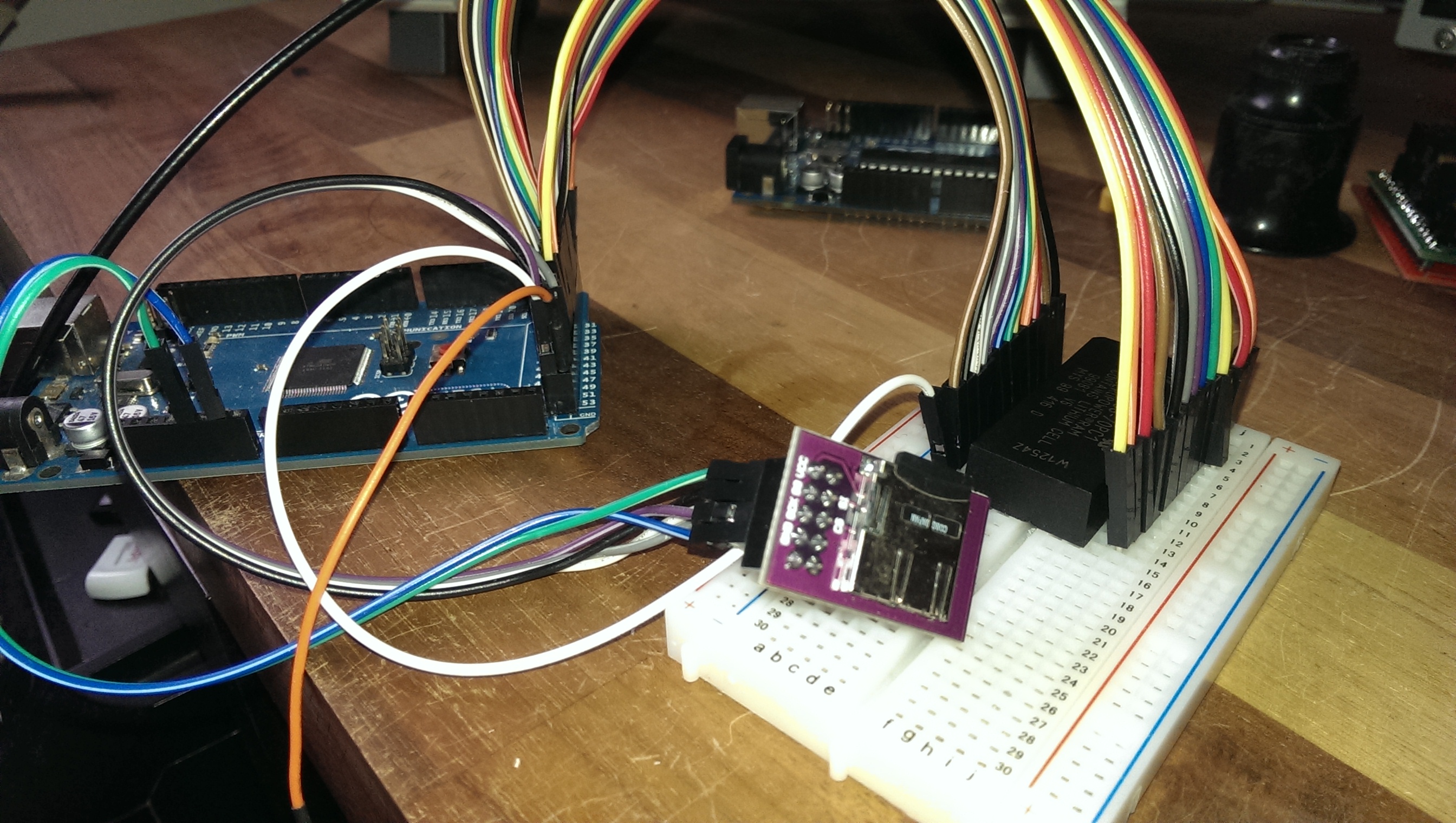 I Wired up the connections as follows:

Don’t forget to wire up you VCC and GND for both of these too.
All these pin assignments can easily be changed in the program if you wish.

Once the ‘sketch’ has been loaded up from the IDE if you open the terminal window (9600 baud) and everything is configured correctly you should see the following text. 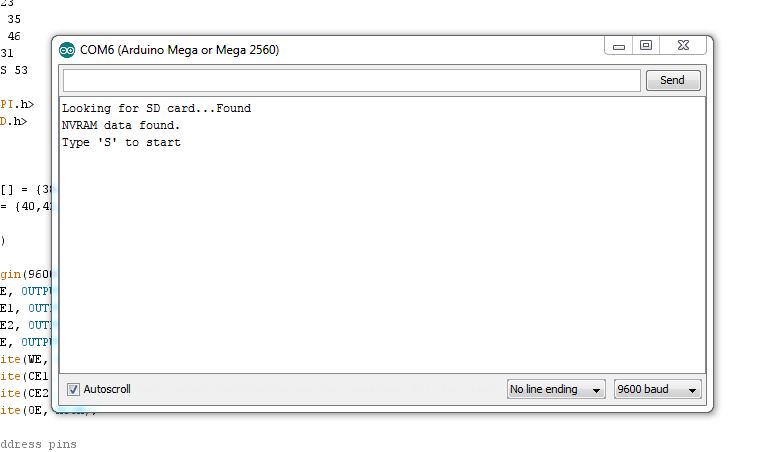 Send an upper case S and a few seconds later it will hopefully have finished and the chip should be programmed.
The ‘sketch’ can be found in the Arduino download section.