Last year after a lot of research I succeded to buy at a good price an original board of Psychic 5 , one of my favourite game of all time, which was really in mint conditions. 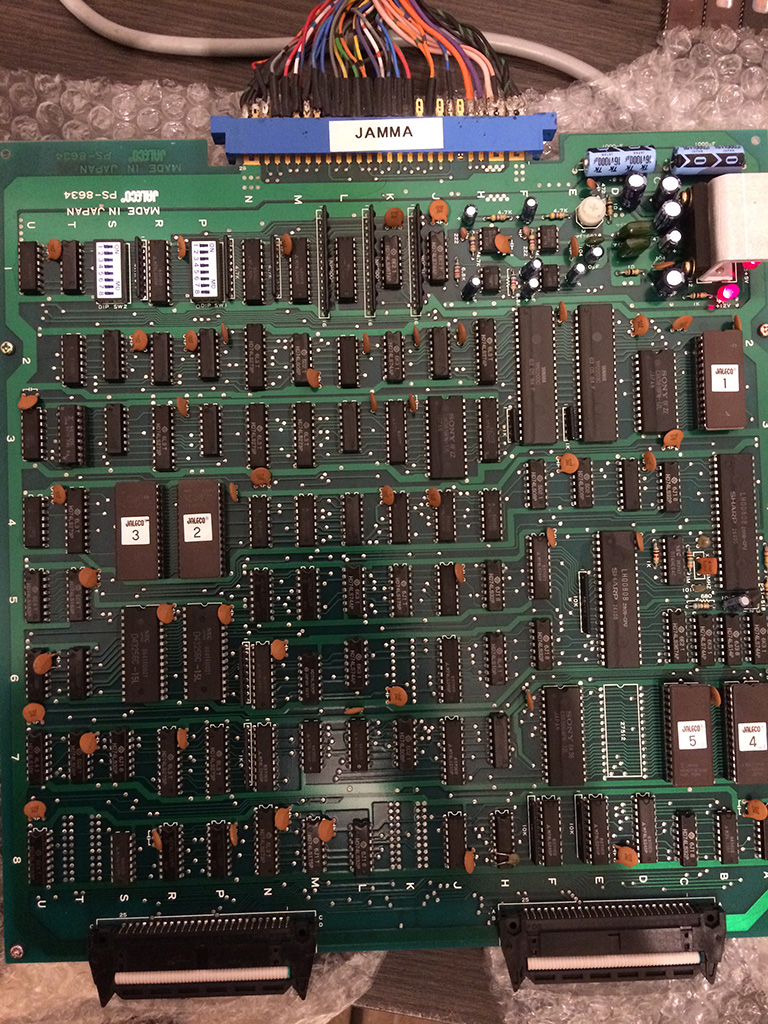 Some days ago I picked it up for a play and after some minutes the game developed this problem during attract mode: 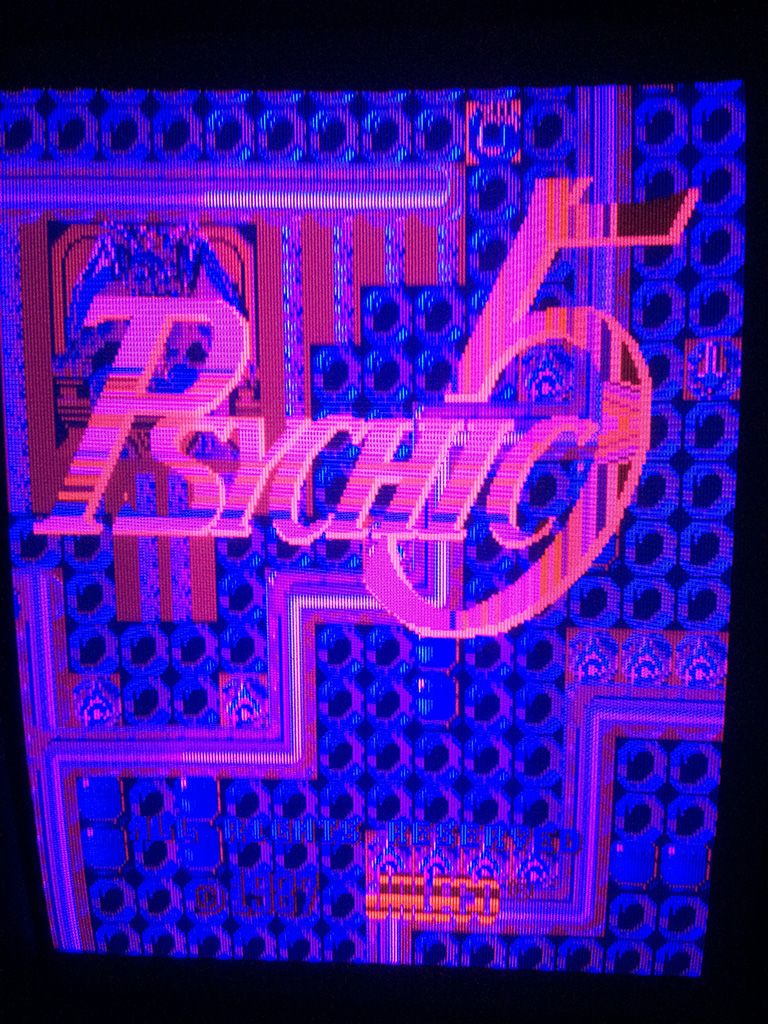 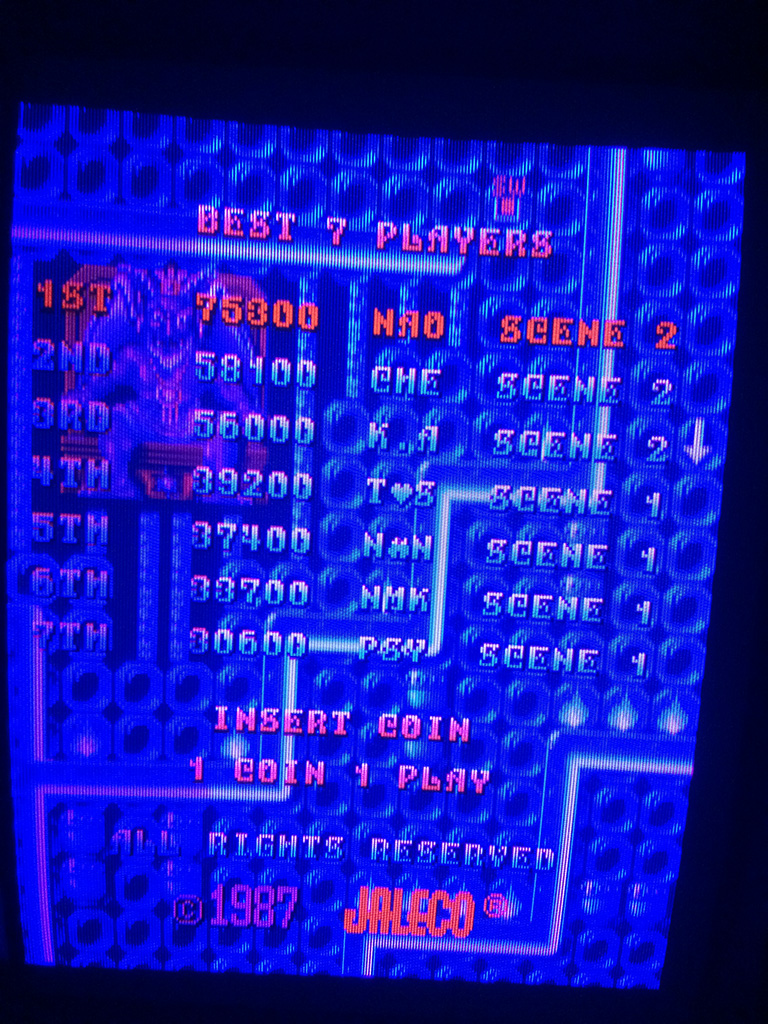 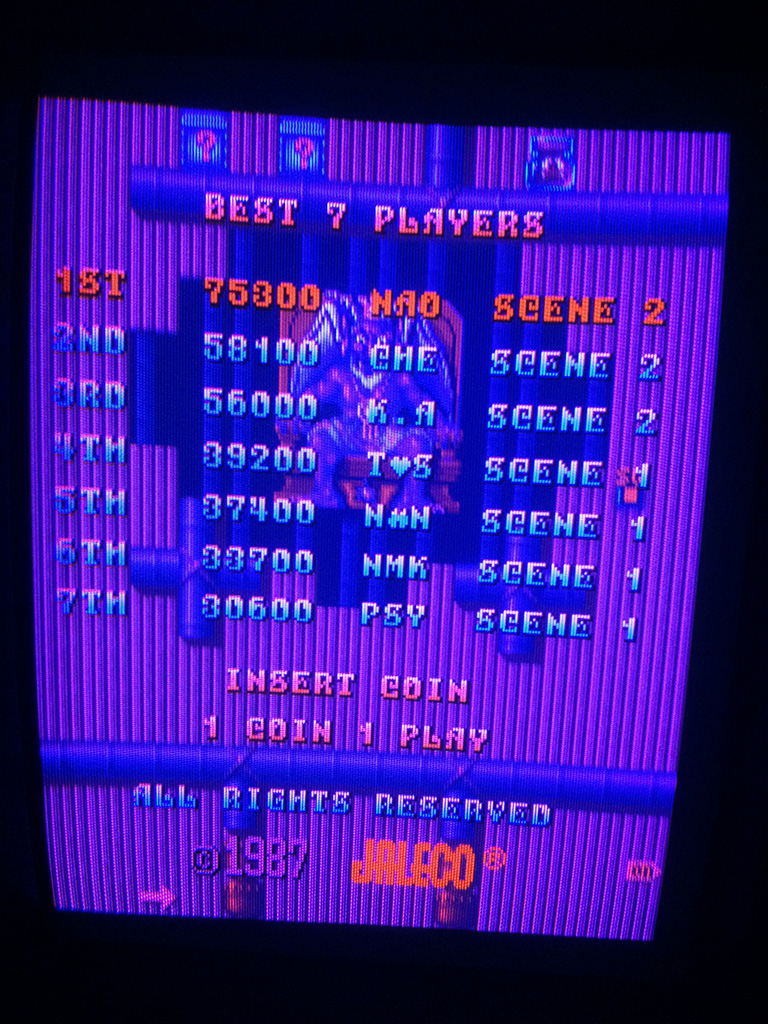 After some more time the game was total yellowish: 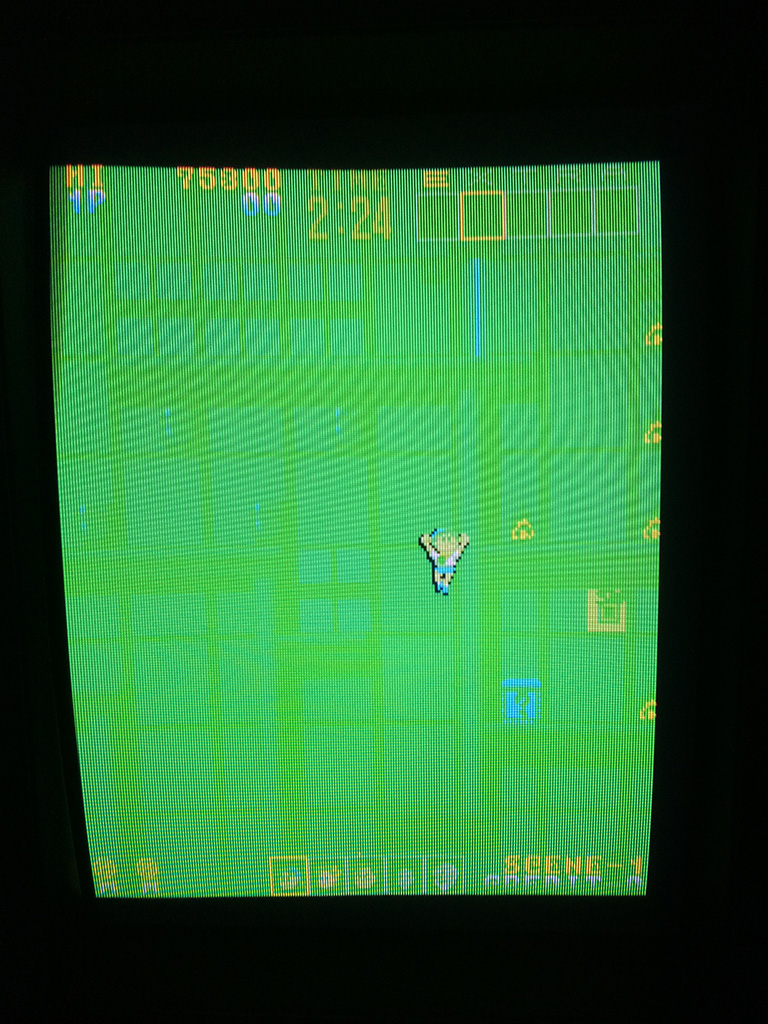 I could only go blind and try to find the reason of the fault.

So I started to short some signals of srams looking for palette changings and I found a couple of them at pos.6N and 6M, 16kbits.

The one at pos.6N had the first 4 data pins low and I was pretty sure either it was faulty or the 74ls245 connected to the data bits.

After desoldering, the sram 2018 was tested good in the programmer. That meant that the programmers didn’t use all data pins of the palette rams. The 74ls245 was good because it could drive correctly the signals without the ram installed.

I tested some TTLs nearby looking for strange signals but found nothing.

Decided to go brute force using my logic comparator and testing everything on the video board but starting with FUJITSU parts which are known to be very unreliable.

The logic comparator found a 74ls08 with all the outputs faulty 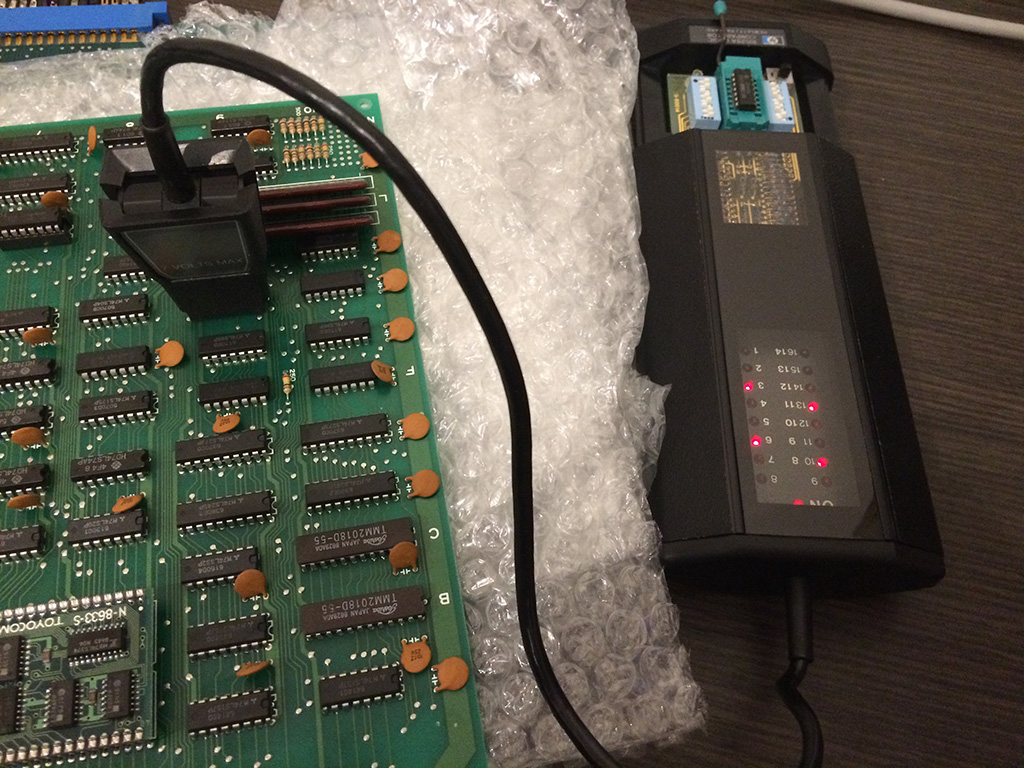 I double checked the outputs with a logic probe and they were all in the grey area (no good logic signal).

After changing it I fix the problem 100% 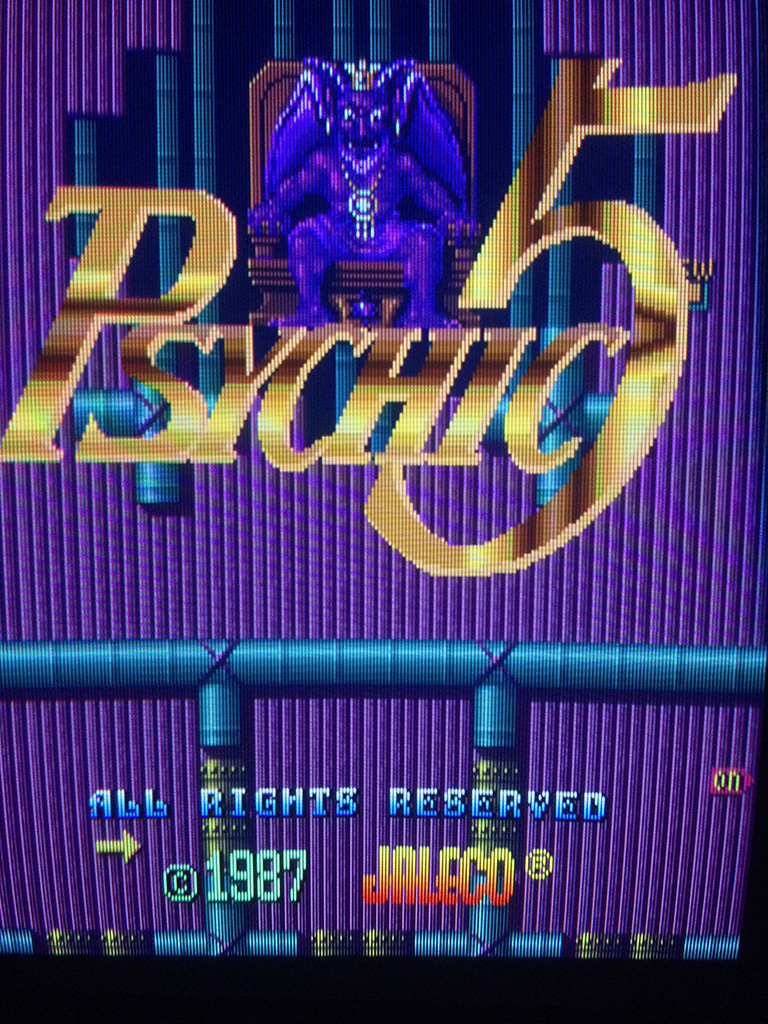 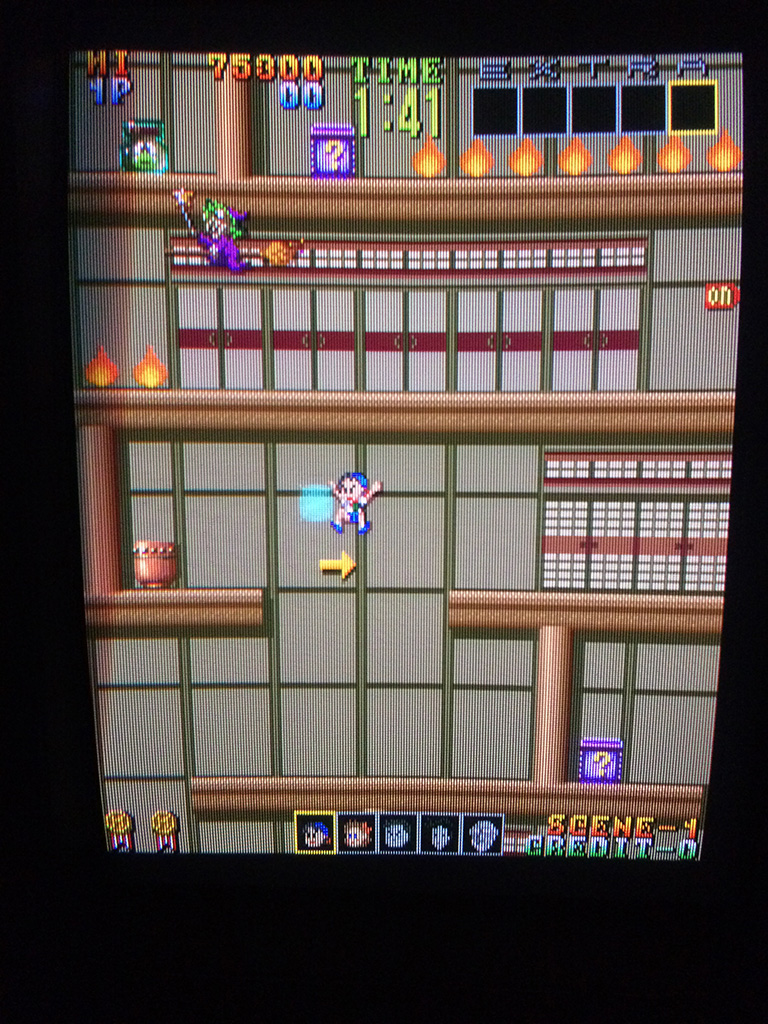 So FUJITSU brand proves once again to be really unreliable!