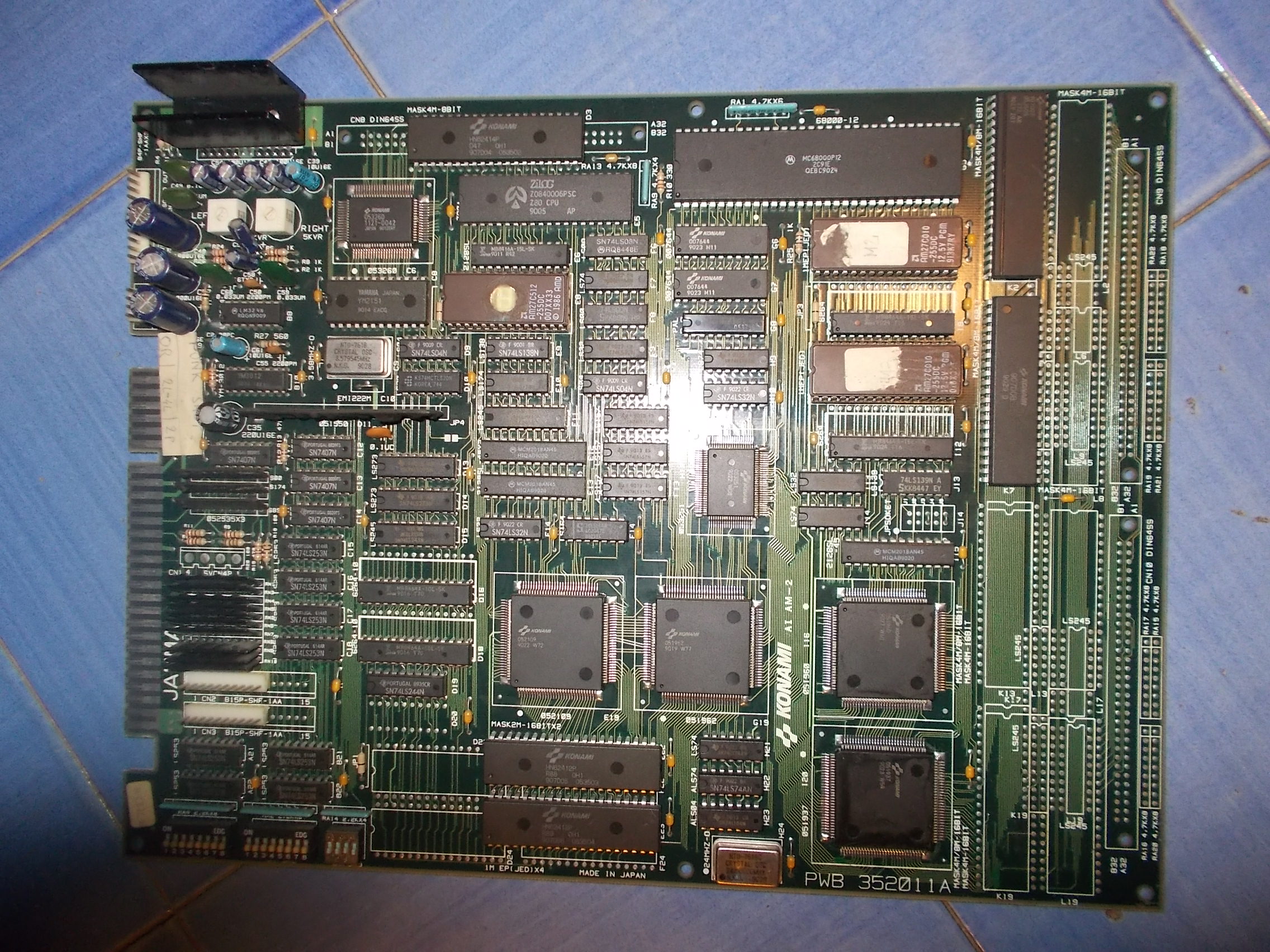 Game had small glitches over the sprites and played mute: 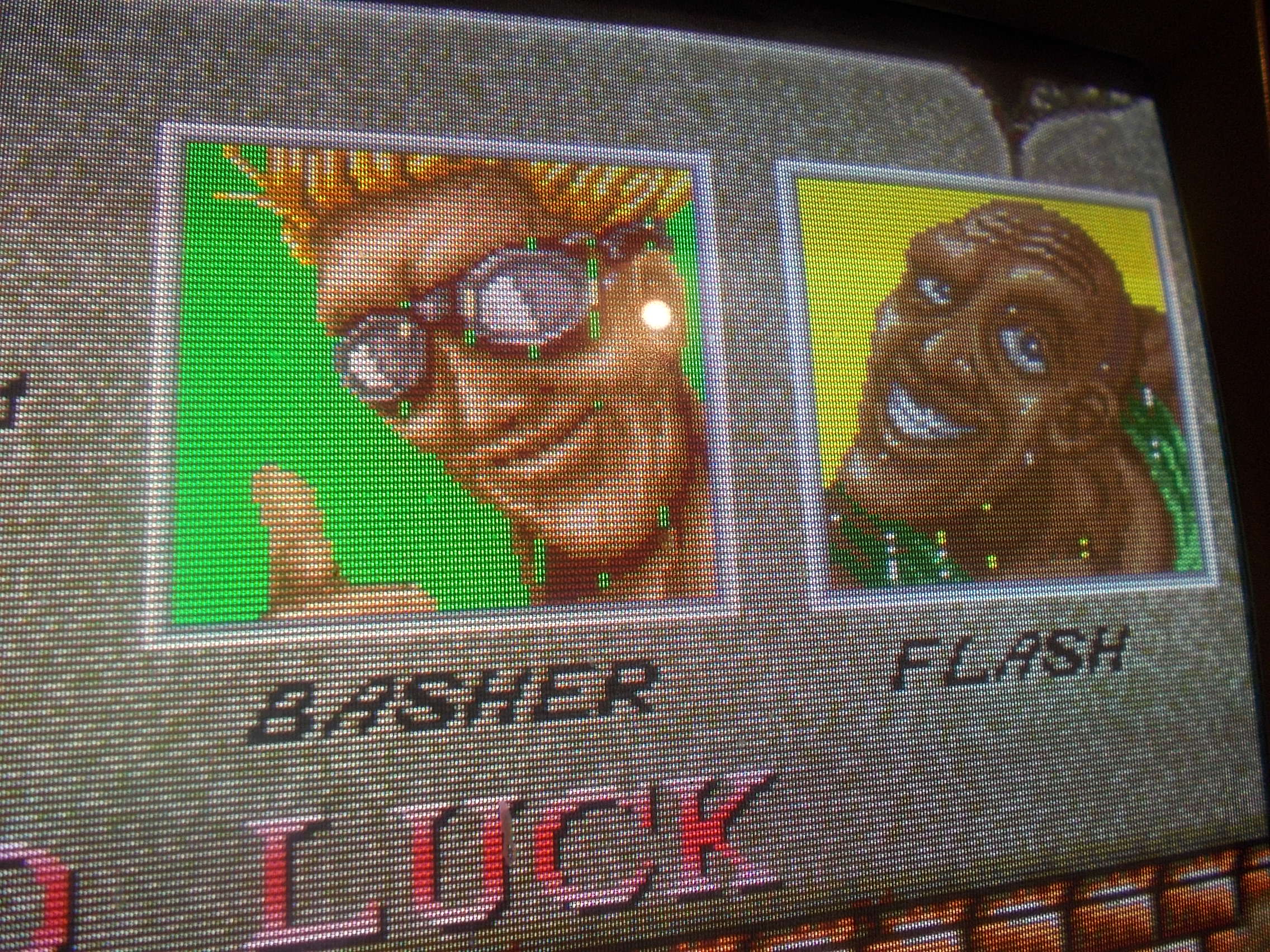 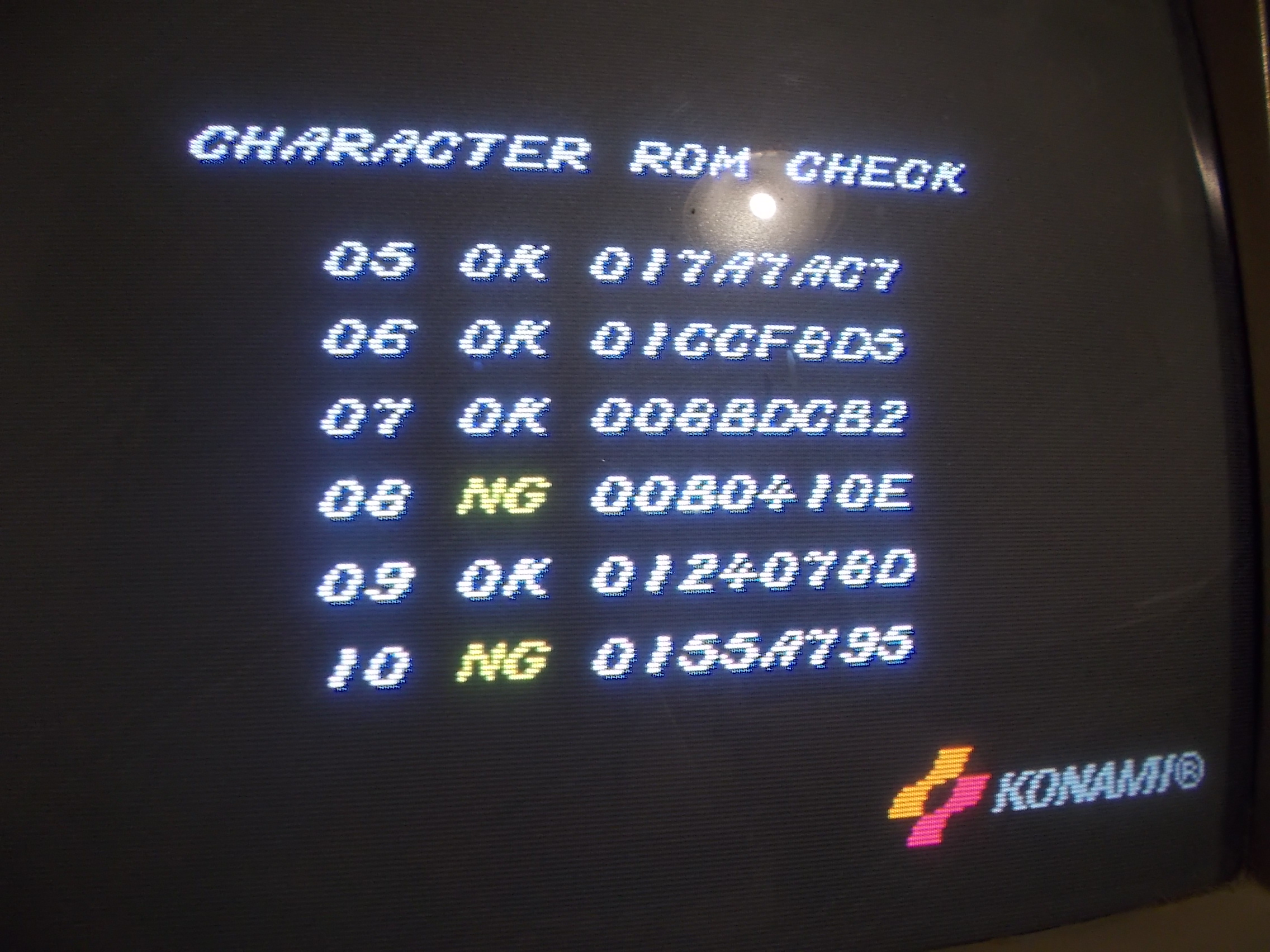 Usually jailbars mean some problem in data bus so I went to look at relevant circuit.As in many Konami PCBs the sprites generation circuit is condended in two ASICs : the ‘051960’  which generates the address lines for the MASK ROMs and the ‘051937’ which reads data.Indeed I found a missing connection beetween pin 84 of  the ‘051937’ and pin 28 of the 8Mbit MASK ROM @K7

This was caused by a broken via on solderside: 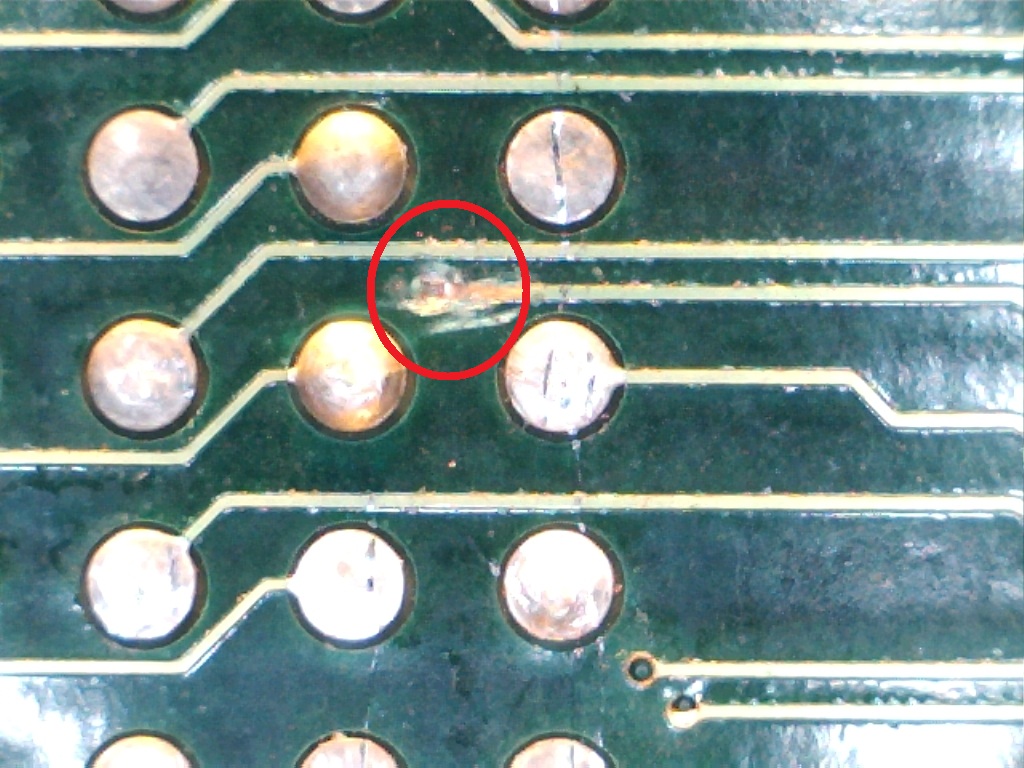 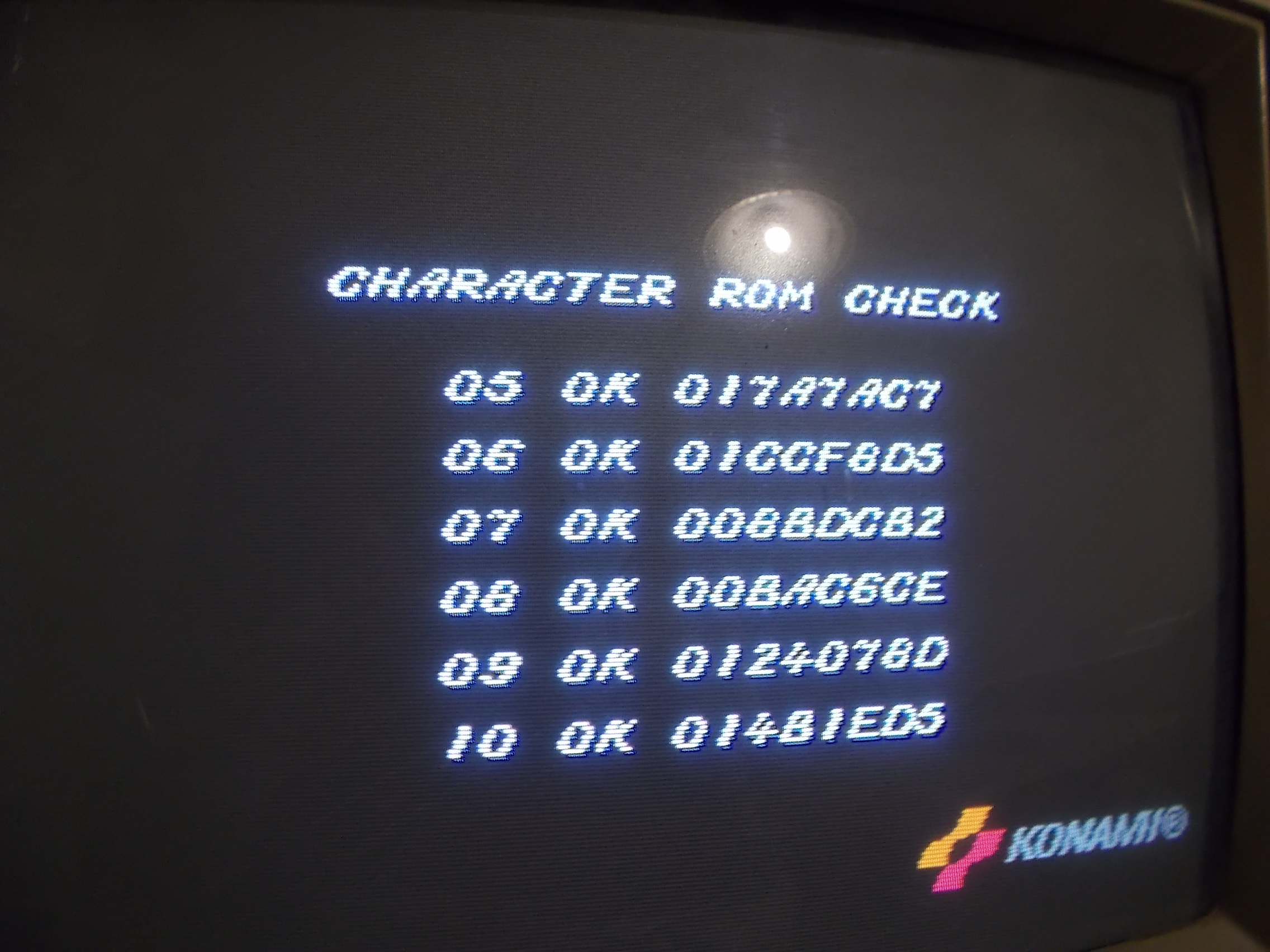 As for lack of sound I quickly pinpointed the fault in a 2k x 8bit static RAM @E6 (connected to Z80 audio CPU). piggybacking it restored sound.Once removed I had confirm it was really bad : 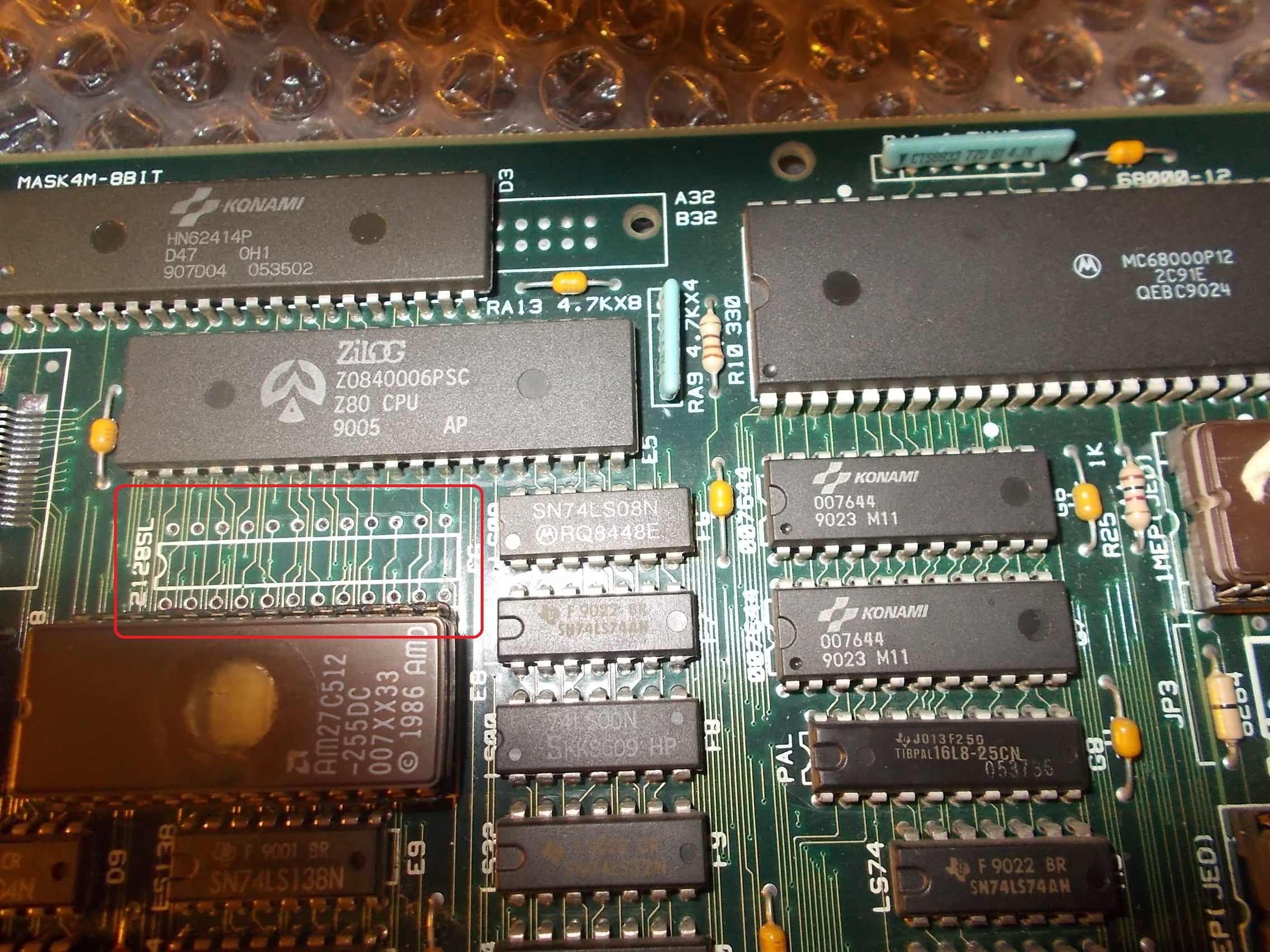 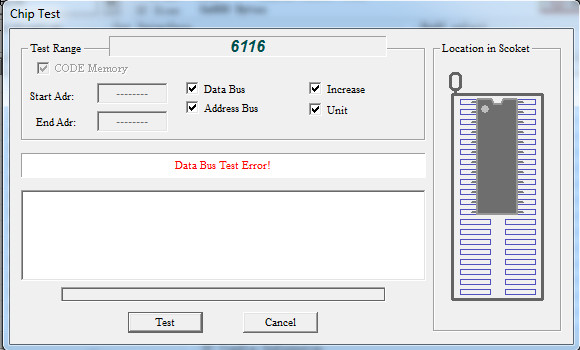