I’ve been sent from Ireland this R-Type II PCB for repair, actually a conversion on Major Title (Irem M82 hardware) 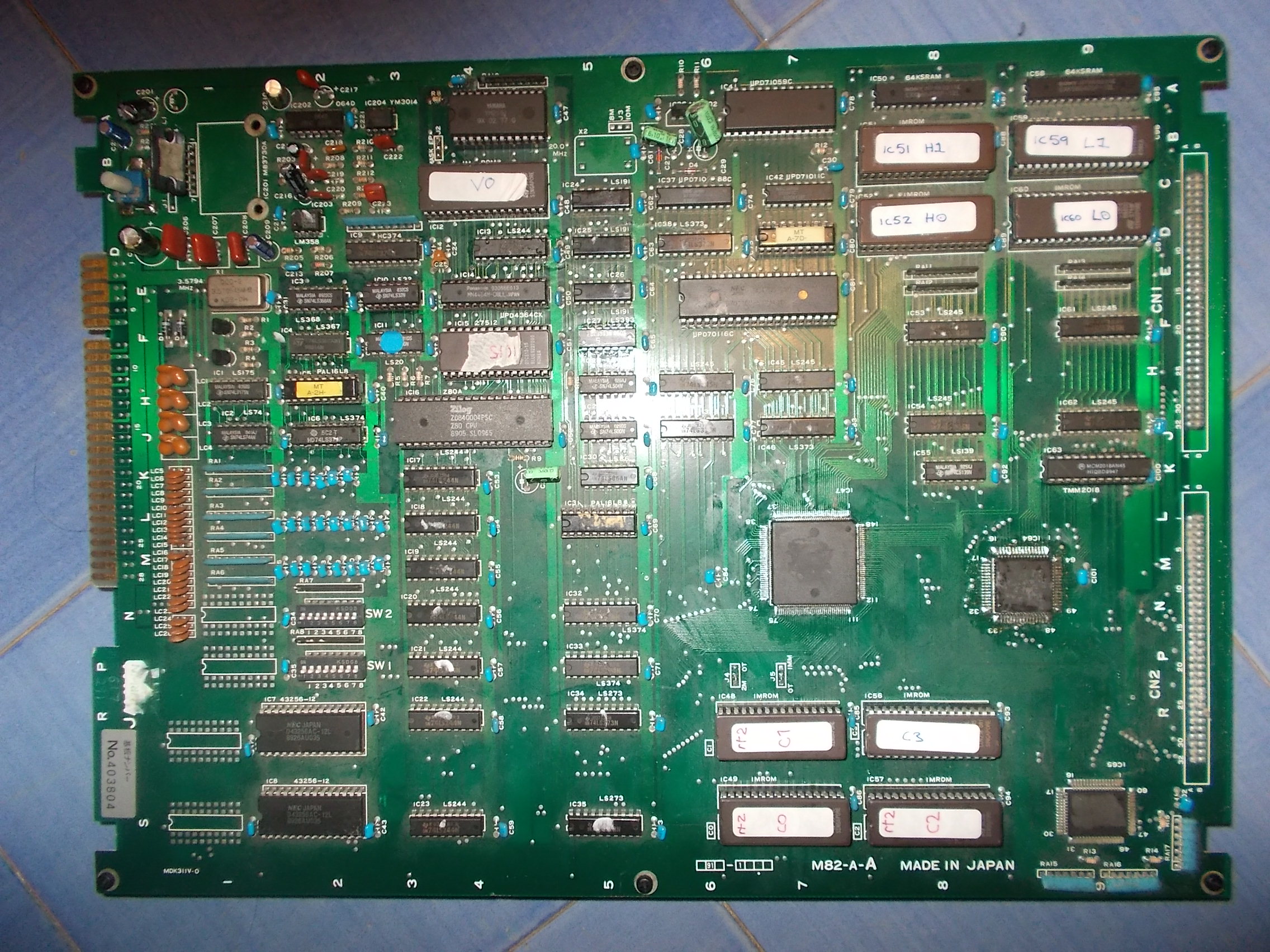 Board played fine but sound was completely absent:

Here is an overview of the sound circuit: 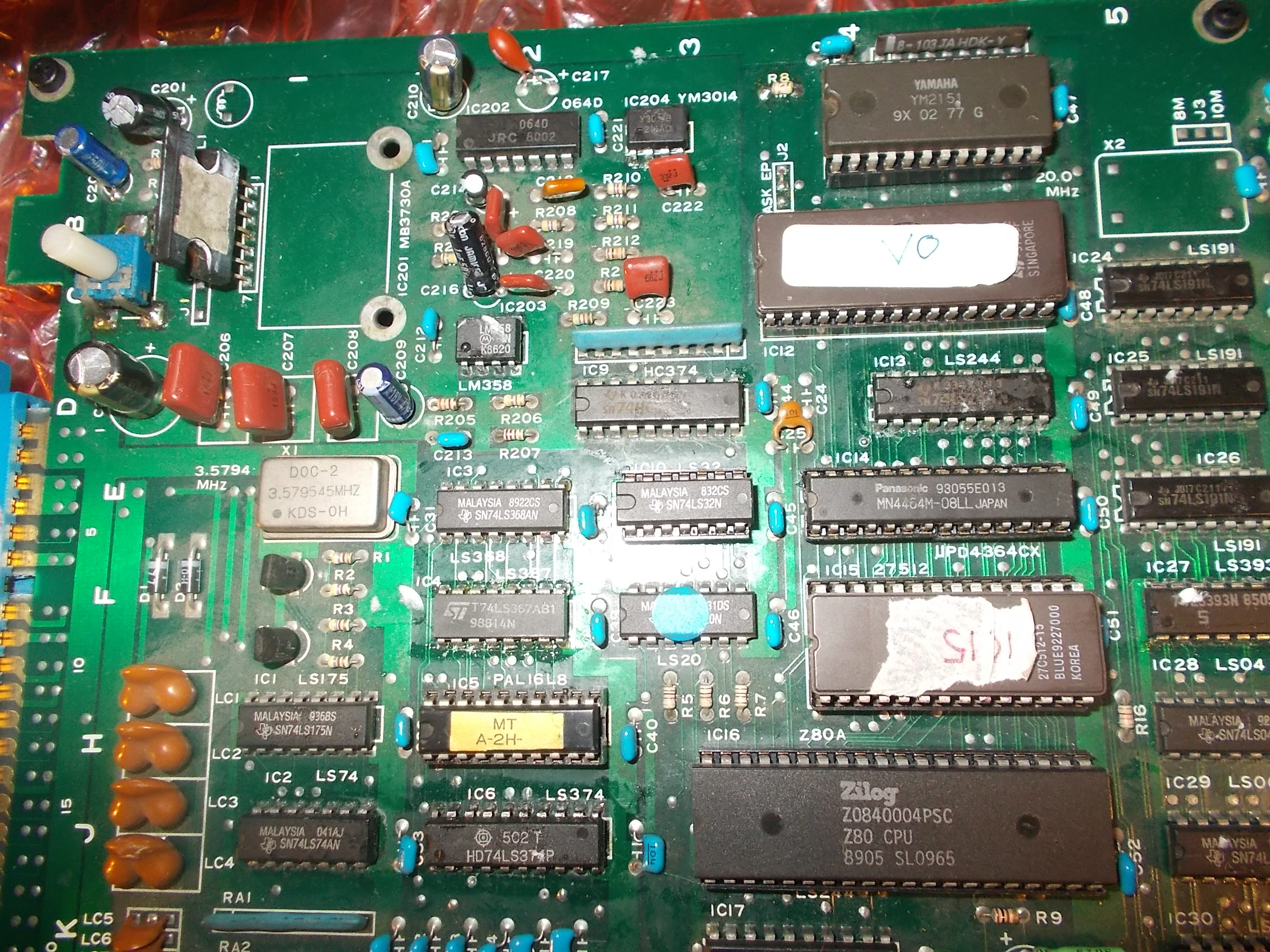 Someone previoulsy tried to fix the lack of sound by replacing many components.The analog part of the circuit was doing his job as putting my fingers on solder side of the amp produced some noise.Probing the Z80 sound CPU revealed  /INT line was stuck LOW.While testing components something strange happened, I got sound fully working : 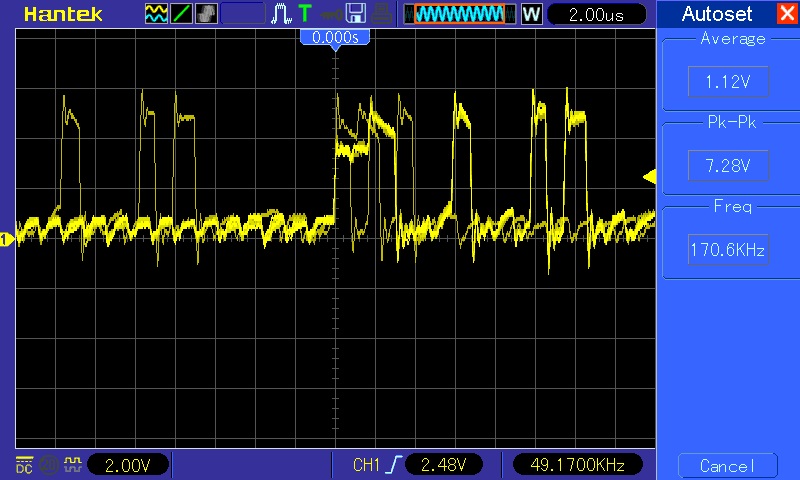 But when I put the clip of my logic comparator on the TTL they correctly toggled : 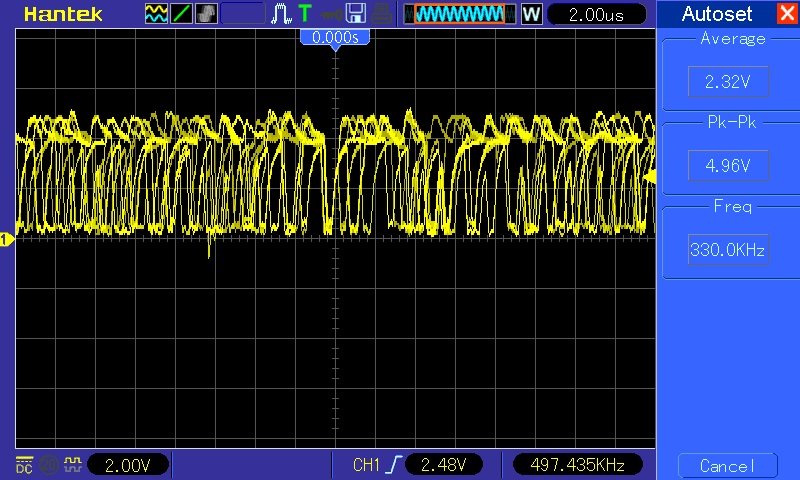 Data lines are tristate, this means they can be in high-impedance  state (Hi-Z) in addition to the 0 and 1 logic levels.When outputs are tri-stated, their influence on the rest of the circuit is removed, and the circuit node will be “floating” if no other circuit element determines its state. Usually pull-up or pull-down resistors are used to influence the circuit when the output is tri-stated.This even more when a same line is shared among different devices like in my case.The 8-bit data BUS of the sound circuit is pulled-up by a 10K resistor array: 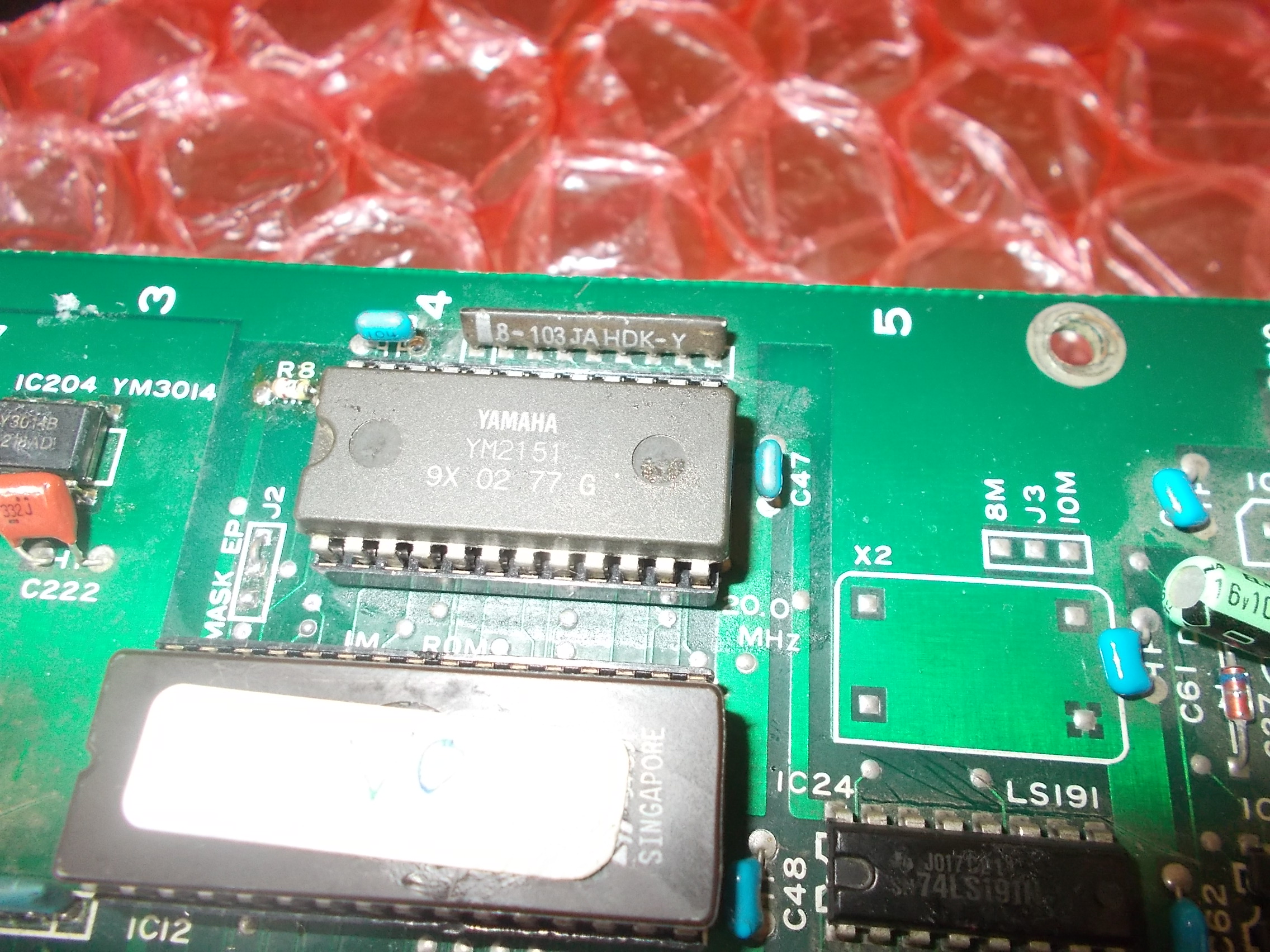 When I went to measure it I got high resistance on half of its pins : 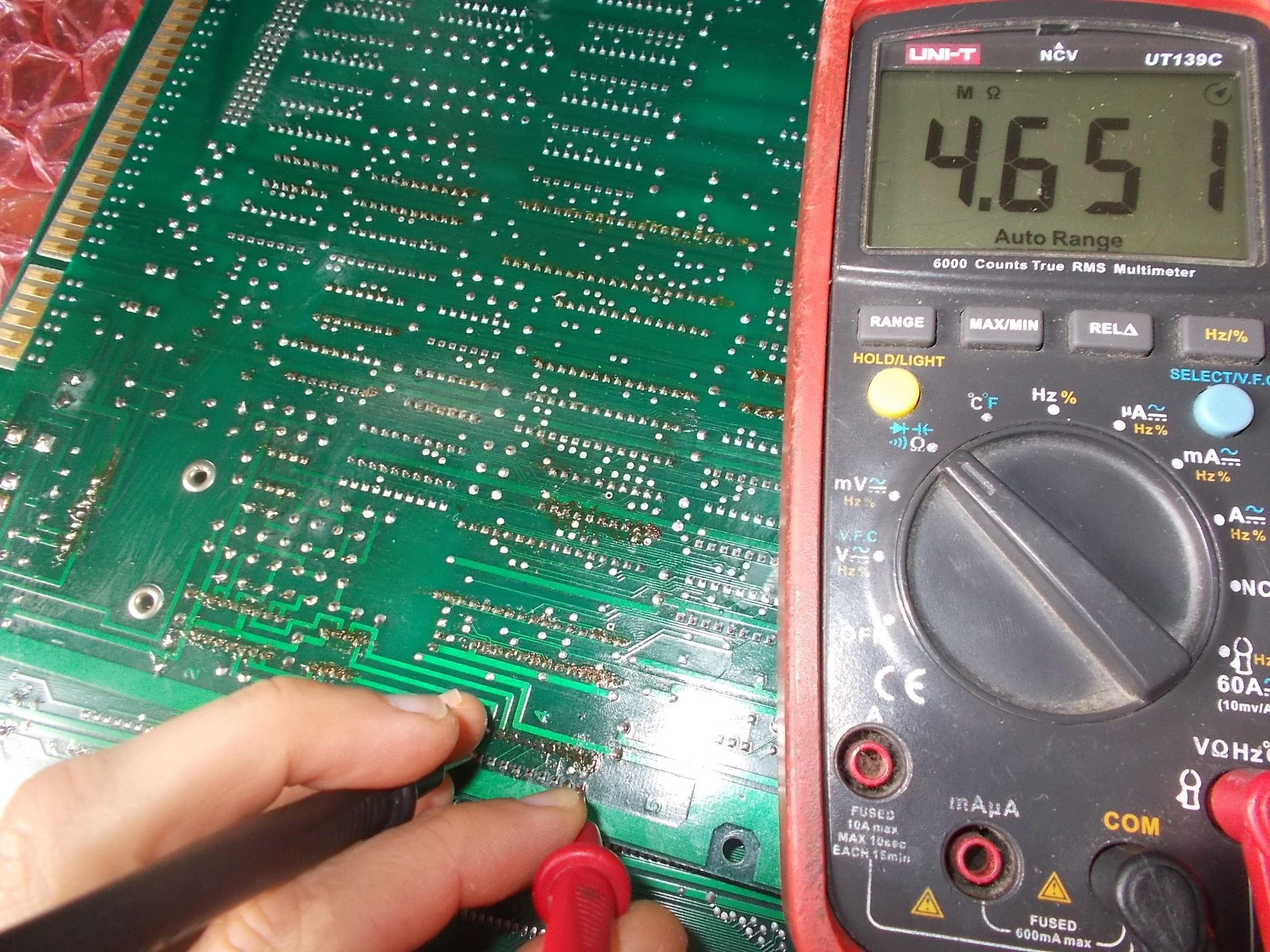 I pushed the array a little and this happened : 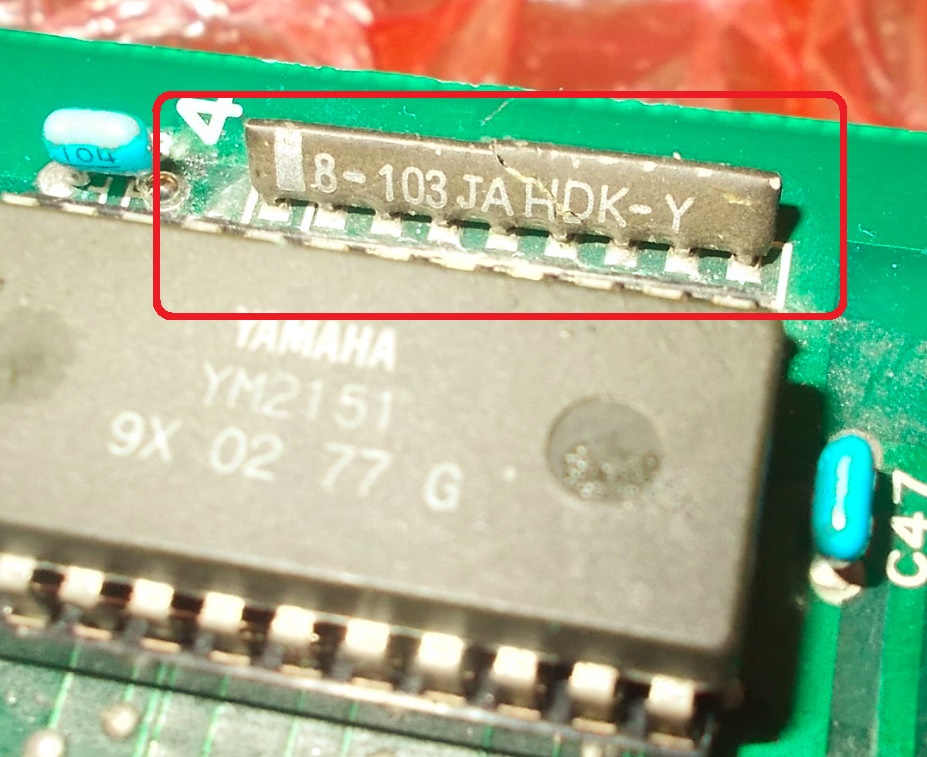 It was actually cracked in a not visible way (this explains why the logic comparator fixed the issue, it acted like a pull-up).I replaced it:

This restored the sound, board 100% fixed