Got some months ago in a trade this pretty mint original R-Type board:

Board was faulty, it was stuck on this static screen:

System is made of three boards:

Swapping all the boards with a good set I could figure out that none of mine was properly working.So I started to troubleshoot the ROM board since it’s the most simple.The program ROMs were dumped as good but I found a bad 74LS245 @1A: 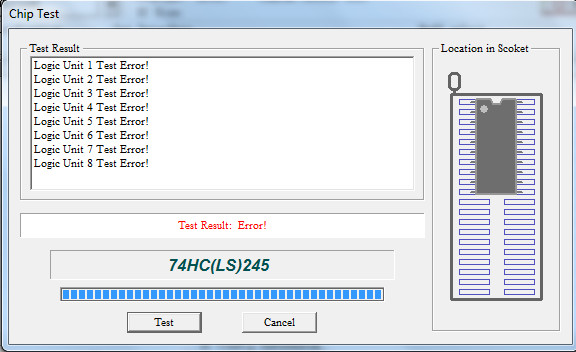 This gave me a working ROM board and a good starting point so I moved on to troubleshoot the CPU board.Analyzing the NEC V30 (uPD70116) main CPU revealed the interrupt line was asserted (active high on this CPU), here’s a screenshot from my scope triggered with RESET signal The interrupt is generated by the uPD71059C  Interrupt Control Unit , probing it revealed that input pin 3 (READ STROBE) was stuck low : It failed the out-of-circuit testing: 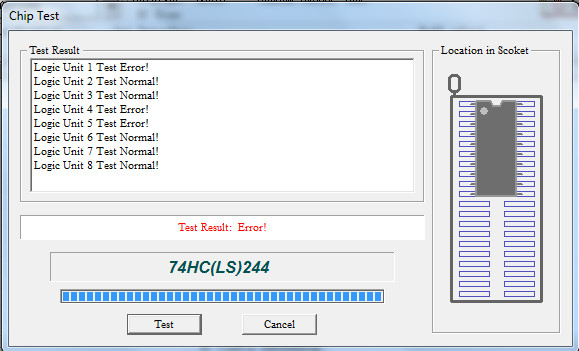 Finally the board booted but with multiple issues.First noticeable one was a totally missing sound but this was because the analog audio section was modified (by factory) to work in Nintendo cabinets.I simply reverted the mod by installing the missing capacitors @C101, C102 an C108 and removed the jumper wire:

All the other issues concerned the graphics.Some examples:

Honestly it would take too long to explain in details what I did (and maybe I even lost track of it…) before the board worked fine again : 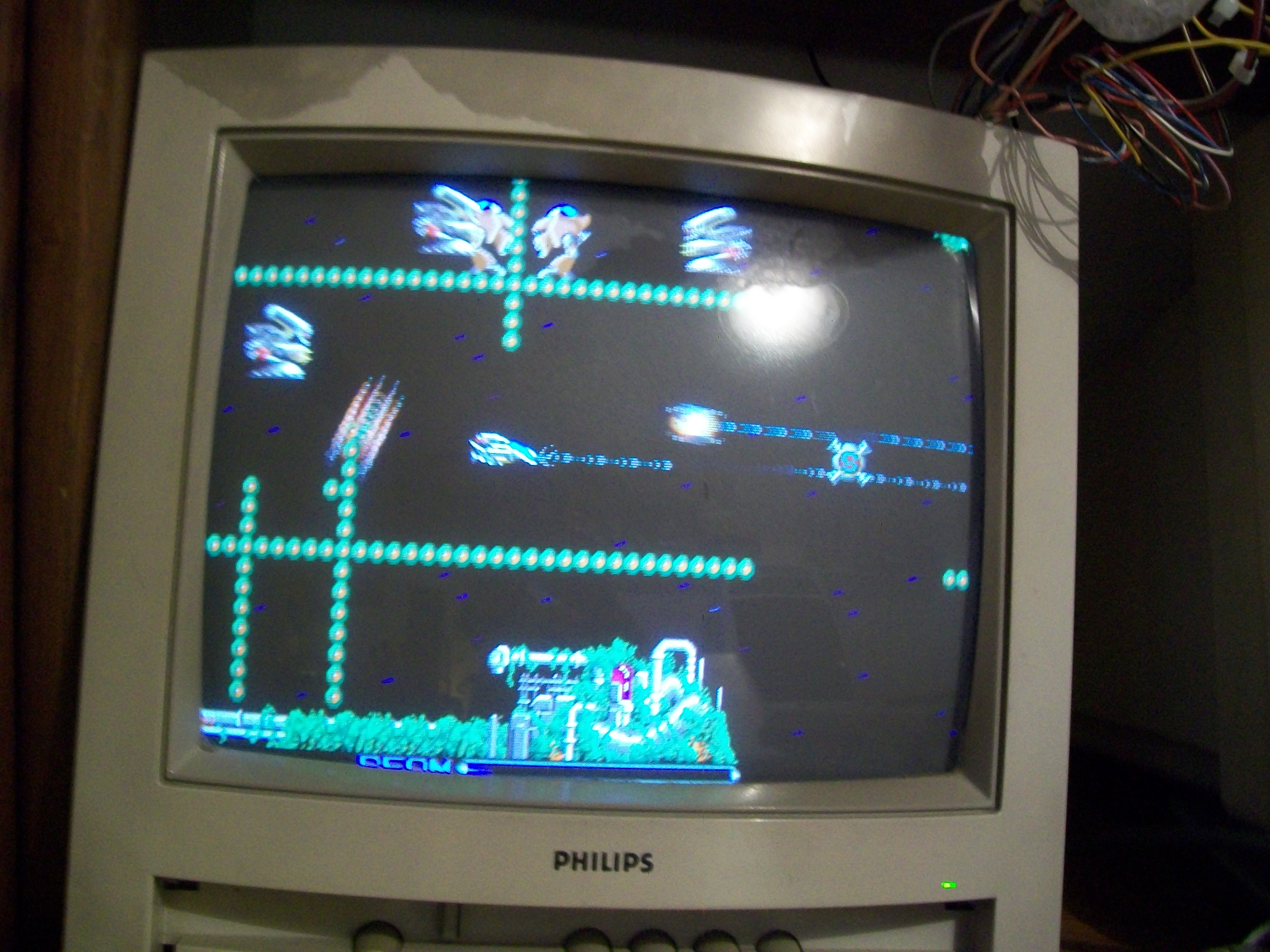 All I can say is that I had to replace  in total 15 TTLs (all from Texas Instruments, are we facing another Fujitsu perhaps?)

But I claimed victory too soon , the board went bad again showing jailbars all over the screen:

I quickly pinpointed this further failure in one of the two ‘KNA6034201’ custom tiles generator on video board: 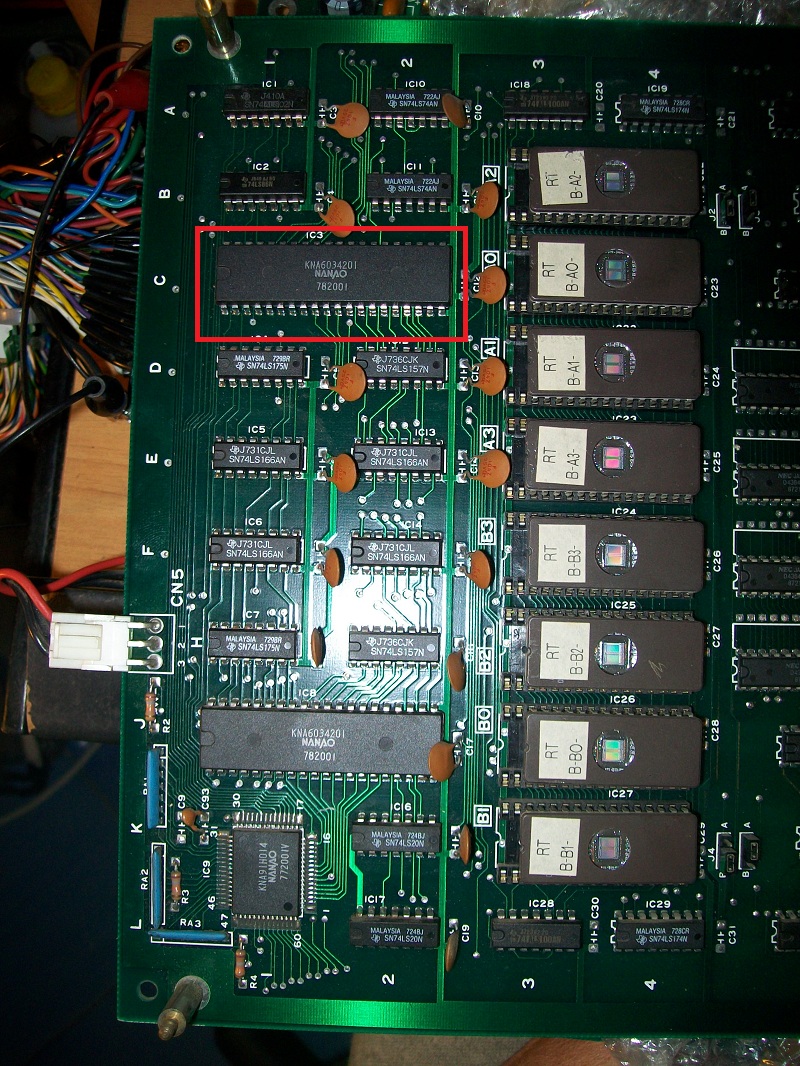 Testing it on a Kung-Fu Master PCB  (where it’s used for sprites too) gave me confirm it was really bad :

Looking at this PCB I noticed that the other custom ‘KNA6034201’ was replaced by a little sub-board:

Technically speaking the custom acts like a big shift register, it can take up to 24 bit of data from tiles or sprites ROM.As you can see in the sub-board picture above the custom functions have been reproduced using six 74LS166.So I wondered myself : why not reproduce it in a more modern way?I fired up my CAD and drawn schematics and touted them to a PCB layout.I sent files to manufacturer and after some time I got the bare PCBs:

Here is the final result compared to orginal custom: 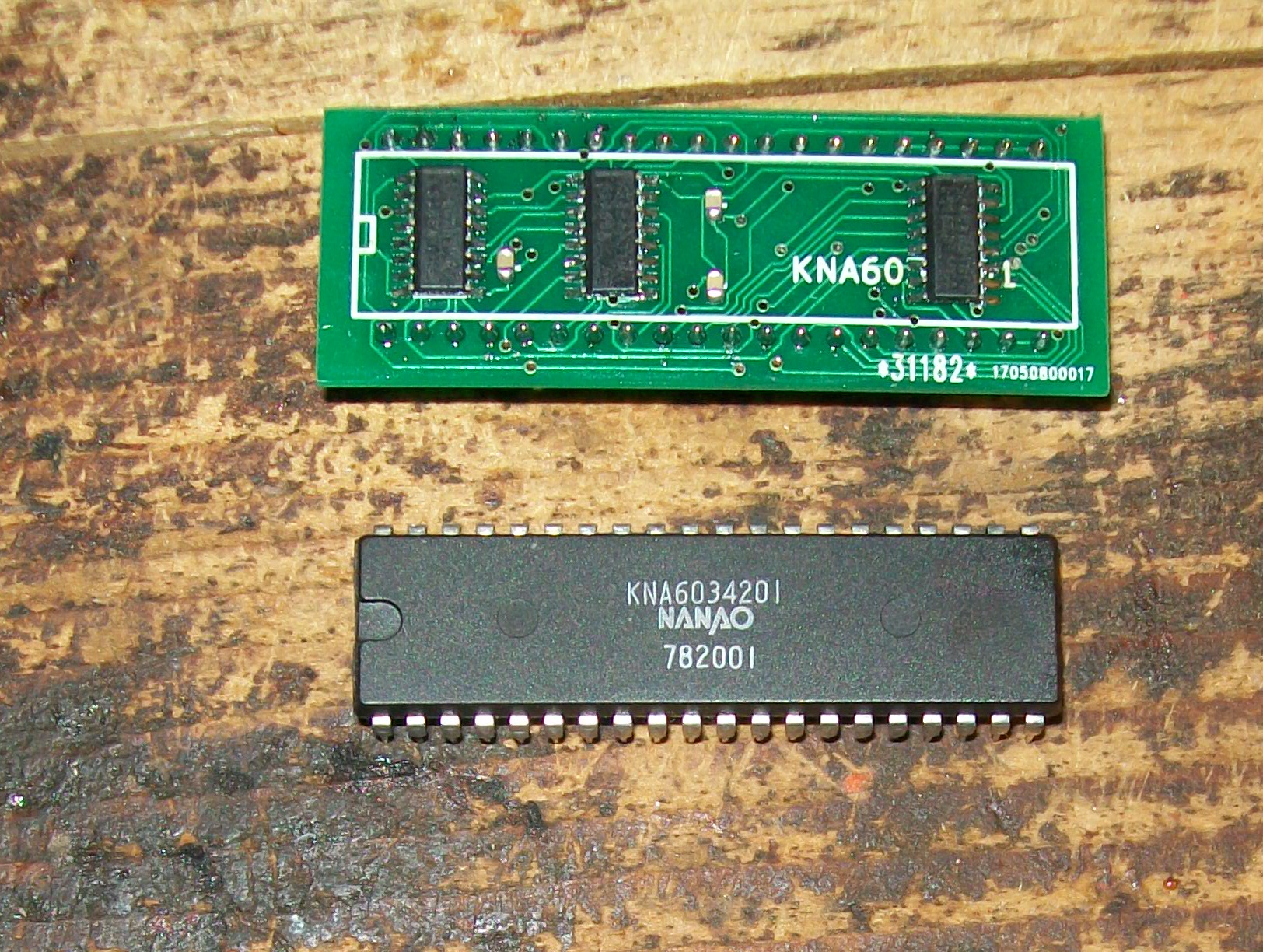 Luckily I made no design mistake and testing was 100% successful.Another board repaired and another custom IC delivered to eternity!