Got a Rabio Lepus (japanese release of Rabbit Punch, a cute shoot ’em up released by V-System Co. in 1987) in lot of faulty PCBs.Hardware is made of a CPU and a VIDEO board:

Board had a graphical issue, sprites were splitted and misplaced: 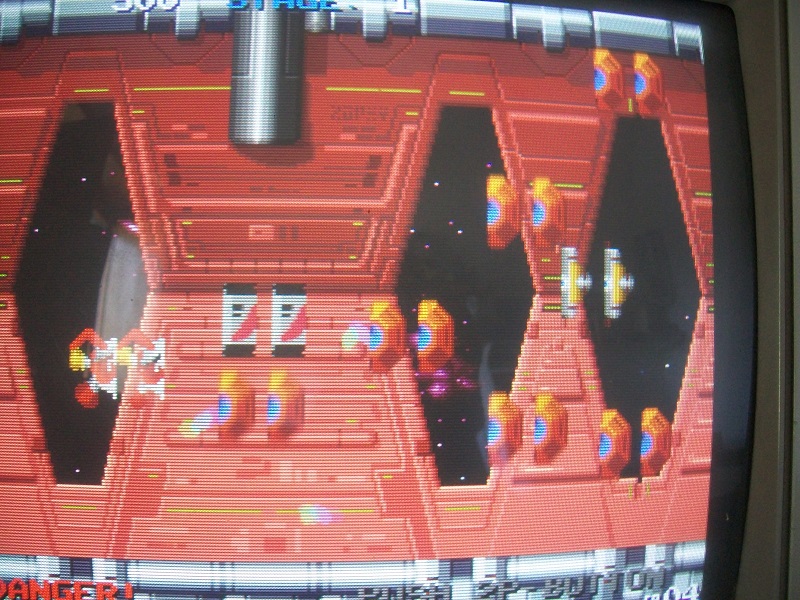 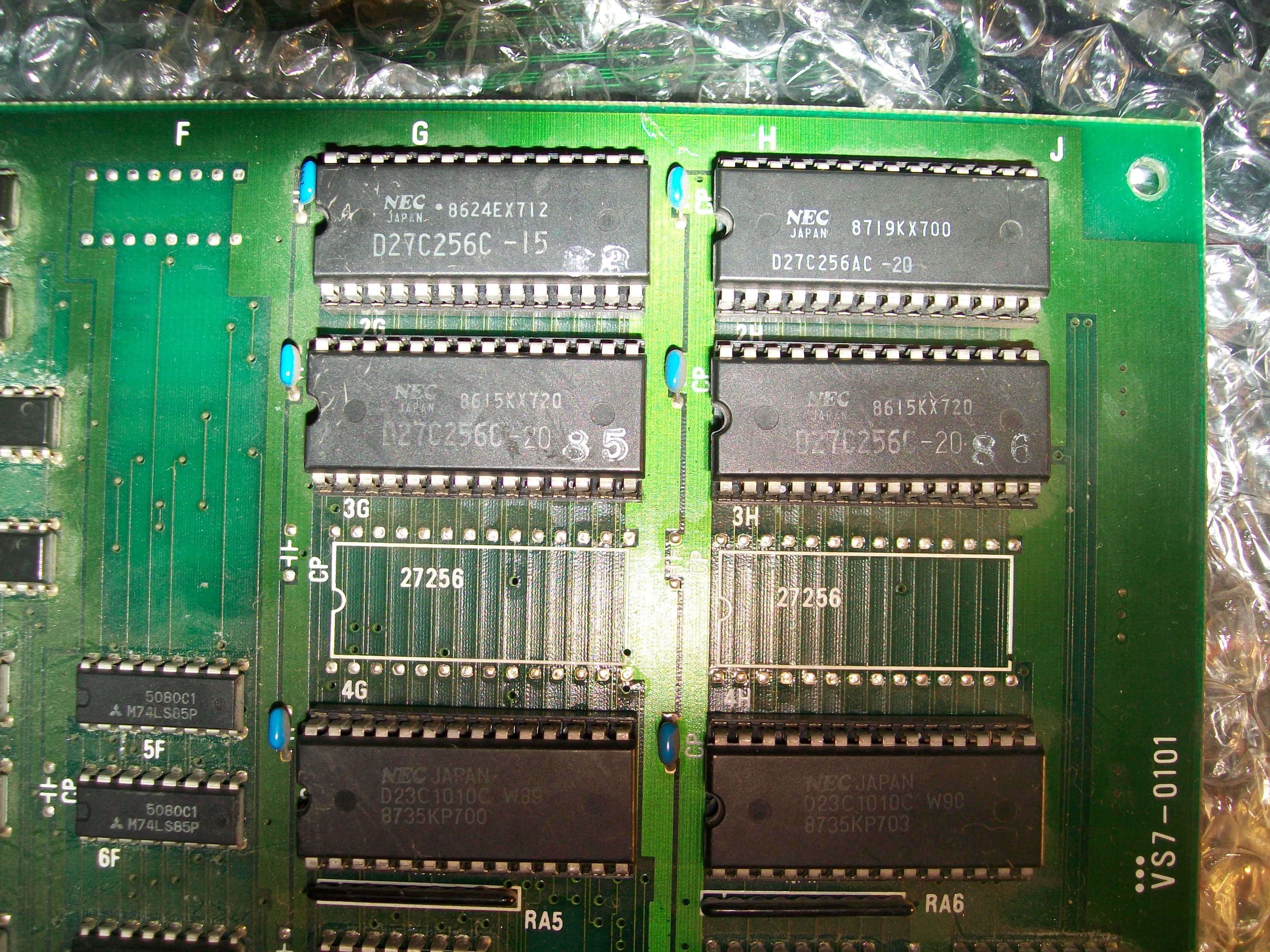 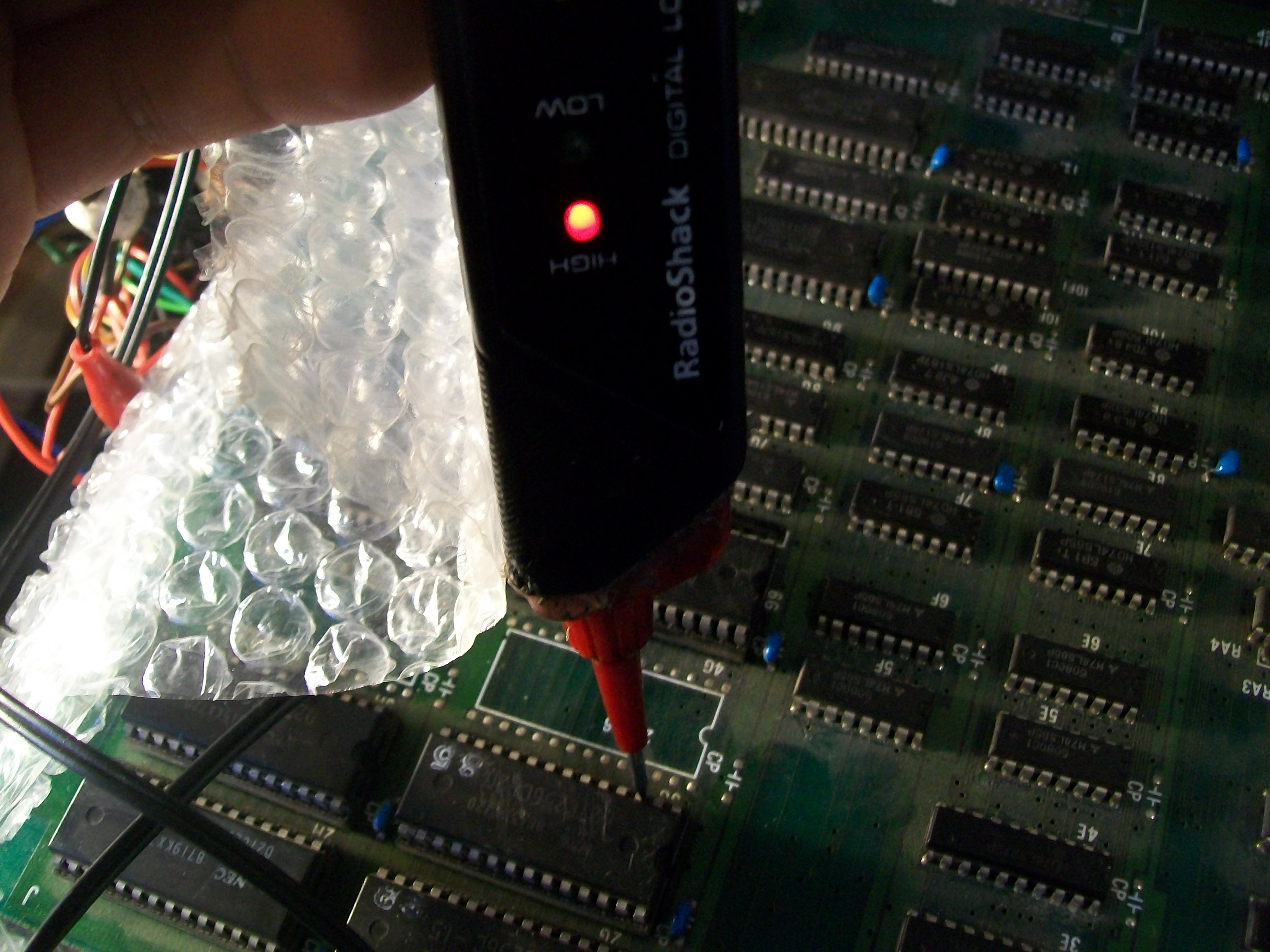 Tracing this address line back lead me to an output (pin 19) of a 74LS273 @8A, the corresponding input (pin 18) was floating.All the other outputs were active (generating the other address lines for sprite ROMs) and inputs were toggling too.Each input is connected to a data line of a near 2k x 8-bit static RAM @10A so following this logical arrangement I figured out that pin 9 (data line D0) of the RAM should have tied to pin 18 of the 74LS273 but it was not so : 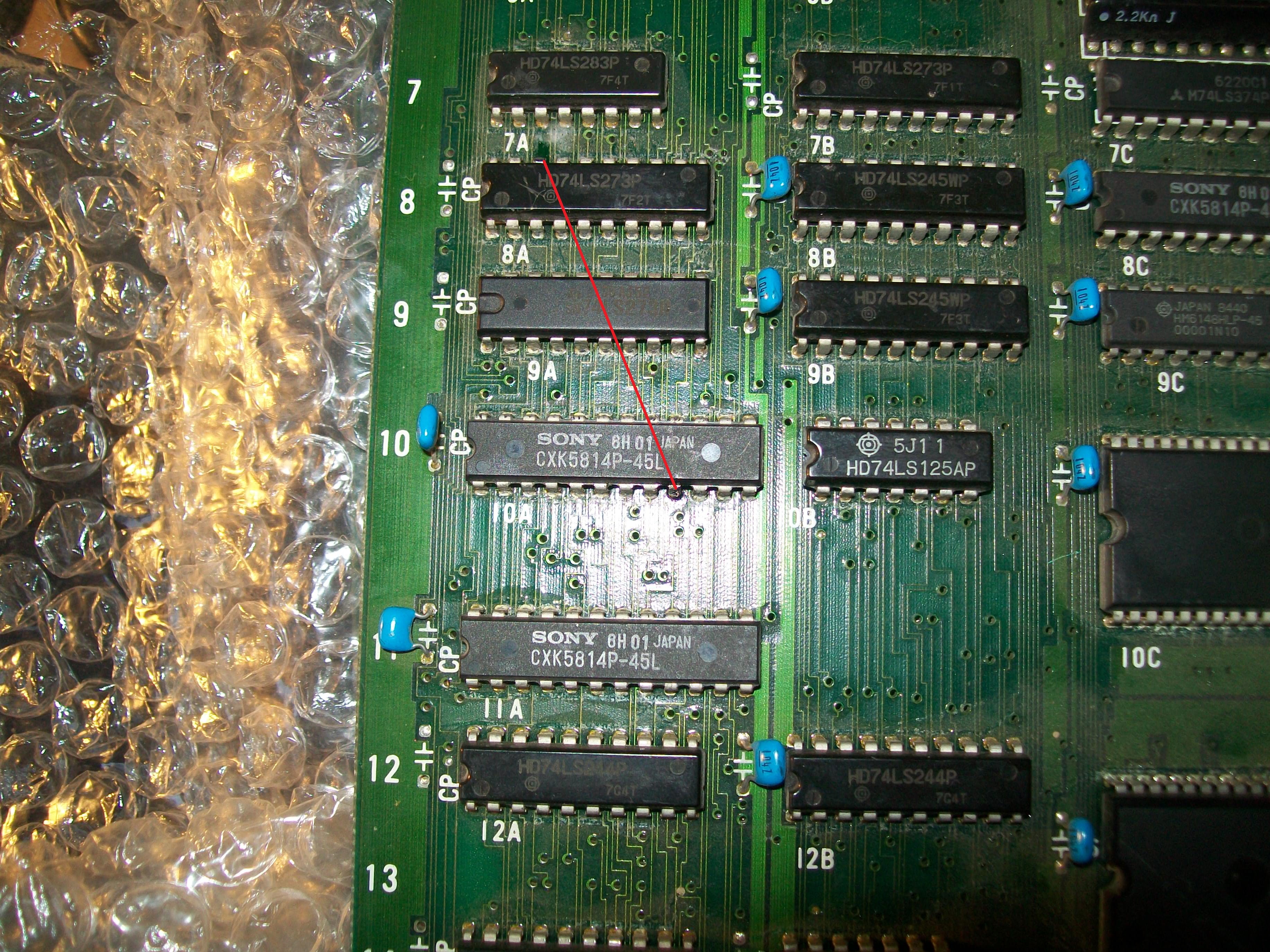 I restored the connection with a jumper wire and this fixed the issue: 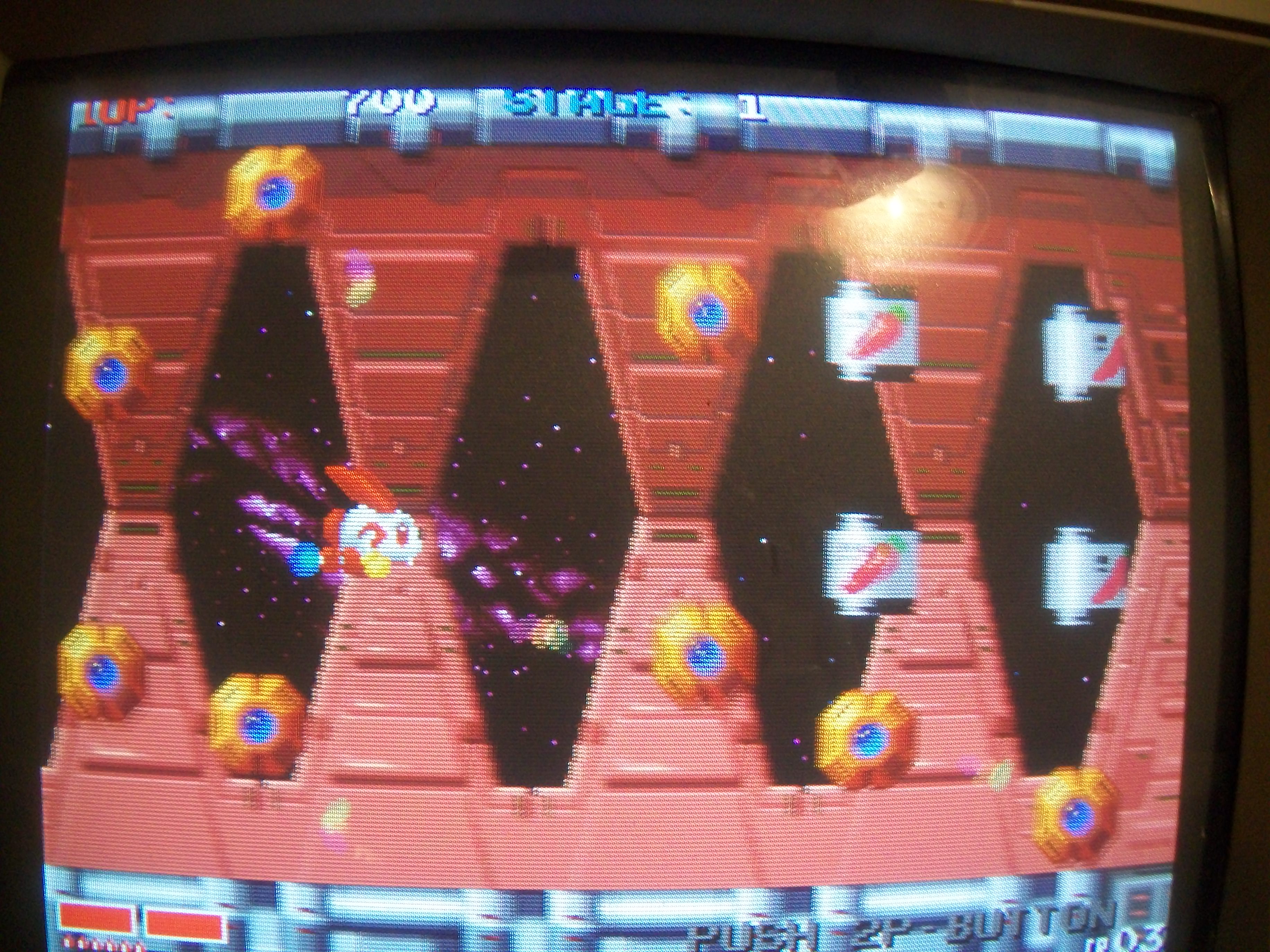 As I expected, doing a visual inspection on solderside revealed a severed trace: 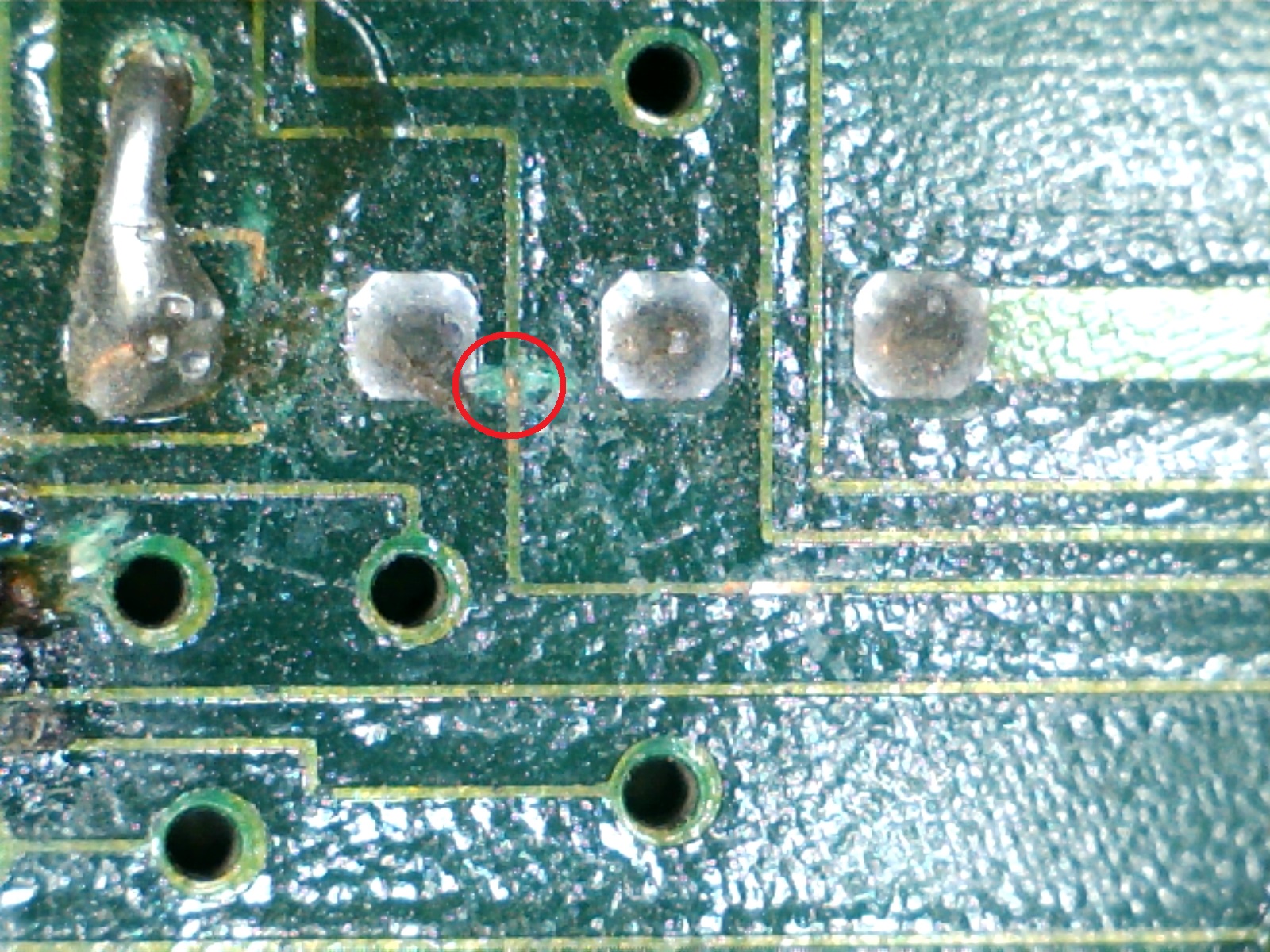