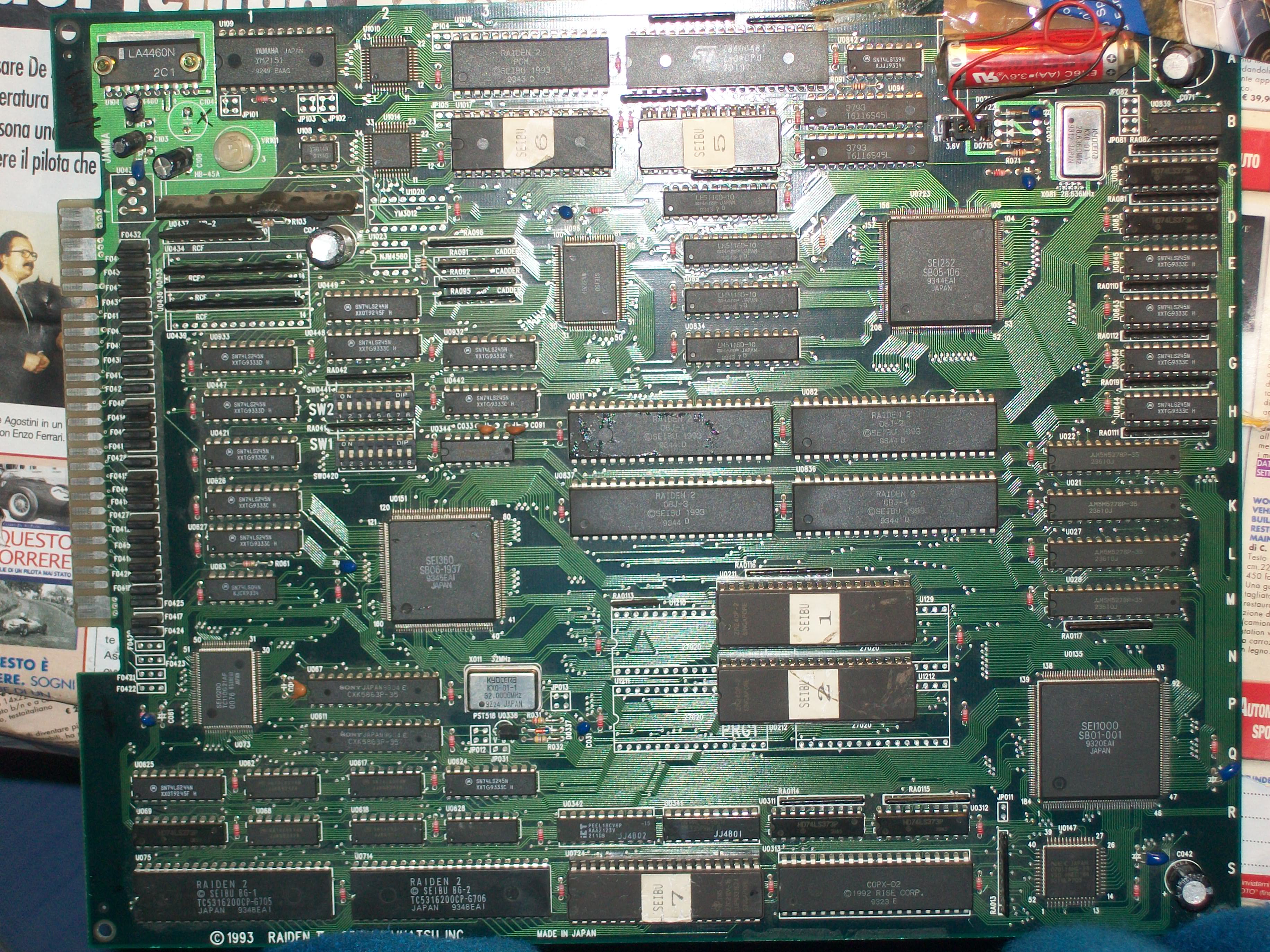 Seller claimed PCB had a video SYNC issue so I fired up it sure of the scenario I was going to face : 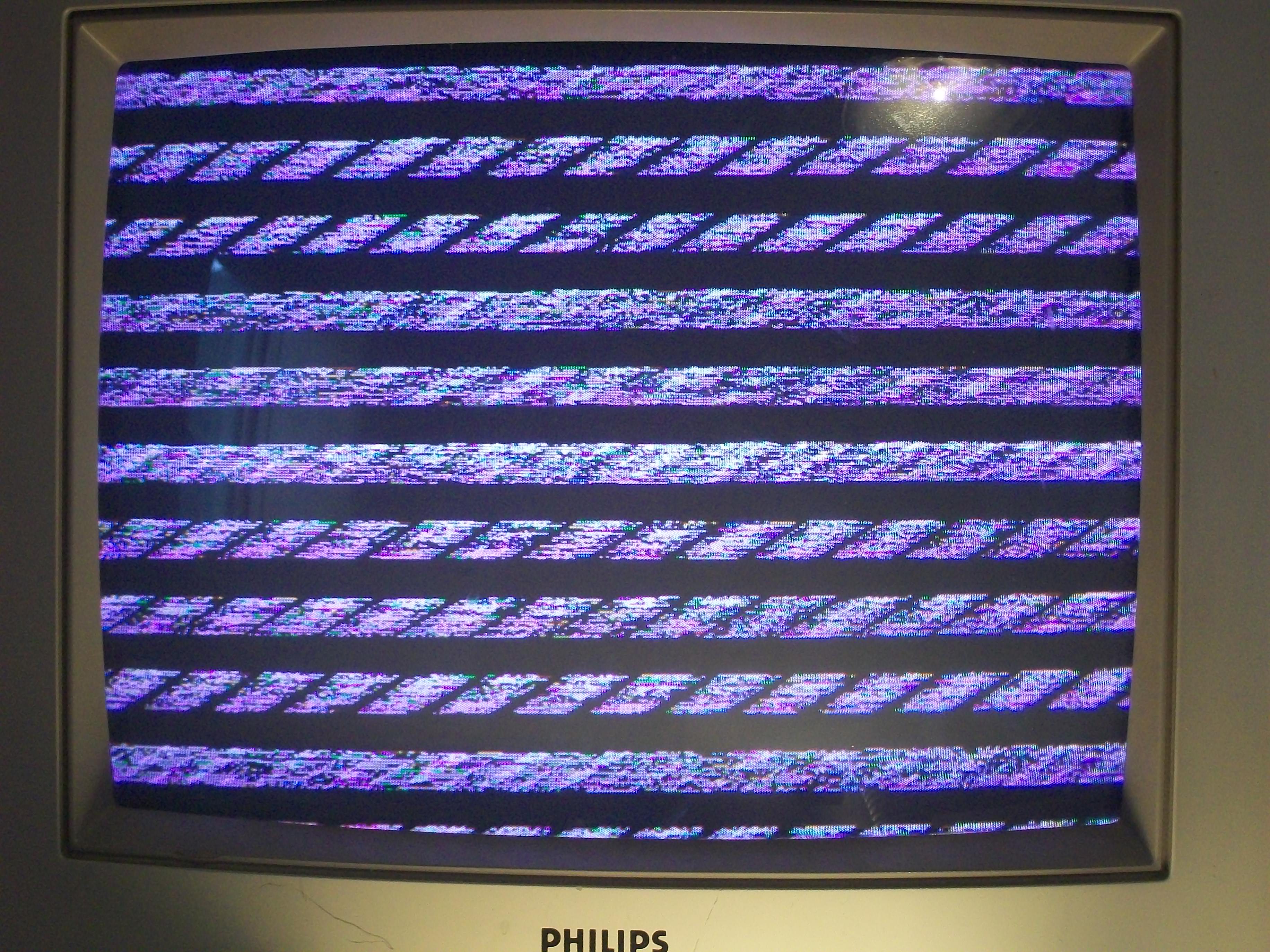 There was no SYNC at all (measured 549Hz on pin13 solderside of JAMMA edge) but the thing that made ​​me suspicious was that there was no activity on address/data bus of CPU (NEC V30) and program ROMs like the system never got initialized.

So, as usual, I start my visual inspection and found this:

If the missing capacitor  (which filters the +12V for the LA4460 audio amplifier) was not the cause of the issue for sure, I thought the broken track would have been the culprit but  I was wrong since, once restored, I got the same rolling screen above.

PCB has few common ICs (74LS245 and SRAM mainly) but a sufficient number of ASICs so I consulted the MAME source which is like a bible for every arcade repairer since it’s a an inexhaustible source of hardware information.And I found that among the various ASICs, the one marked ‘SEI1000 SB01-001’ is responsible of the main protection, this would have explained why the PCB didn’t boot at all: 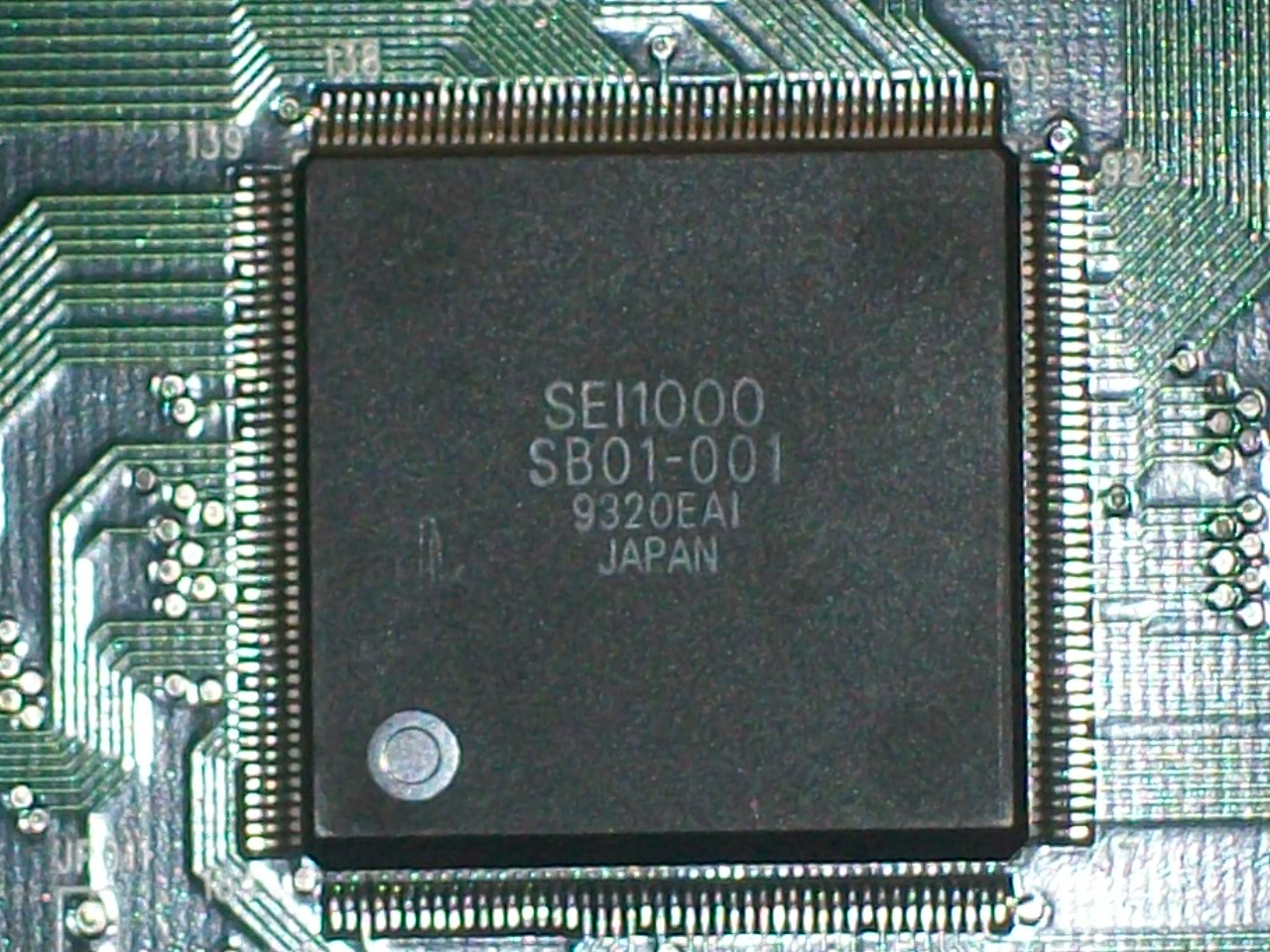 Its package was a 184 pin QFP with a fine pitch as you can see from picture.Armed with a small needle I started to test the tightness of each pin and found that almost half of them got detached from the pads when I gave force.So, it was time for a reflow at 390° with my hot air station which I had to repeat 4-5 times plus some final passes with the tip of the soldering iron to get a good result.

Powered up again and : 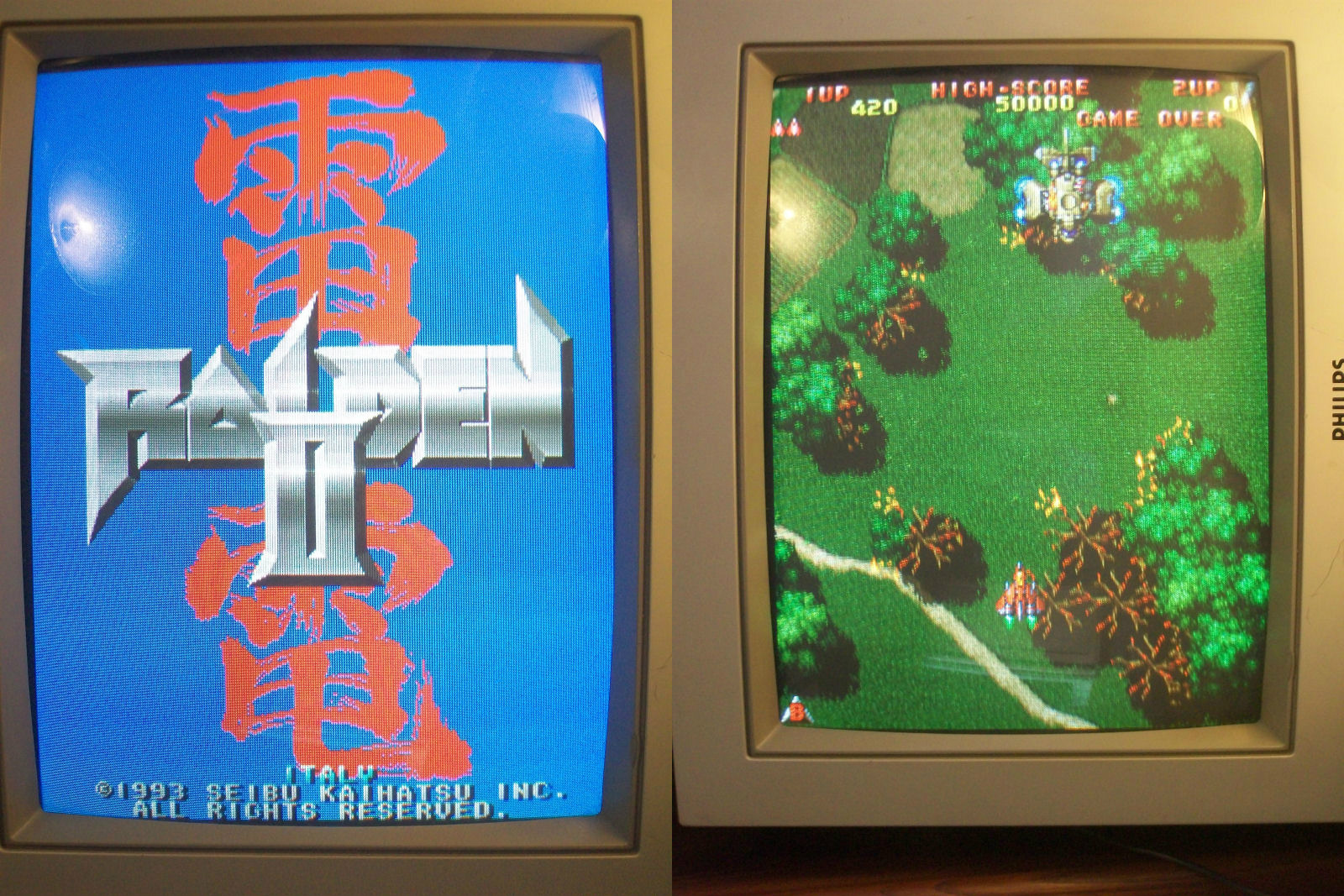 SUCCESS!Another PCB saved from the trash and a very good vertical shoot ’em up!