First of all I wanna thank the people who donated me this (and other) PCB : “mille grazie” to Mr. Giuseppe (a long-standing arcade operator of my town) and his nice daughters Elena and Antonella!

When I got  this PCB in my hands, I immediately tought it was a Rainbow Islands one: 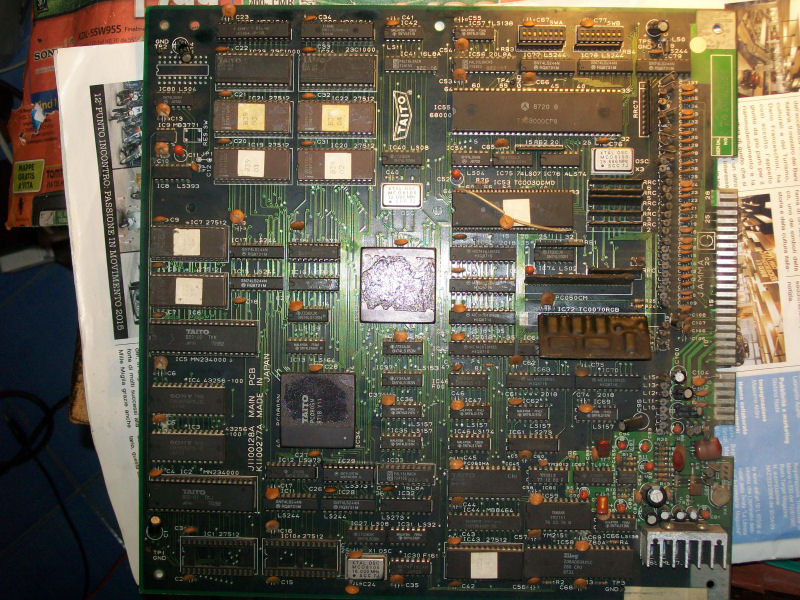 But I was wrong, it actually was the Extra version (different ROMs and C-Chip).Before start the troubleshooting, I resoldered a wonky TC0070RGB module: 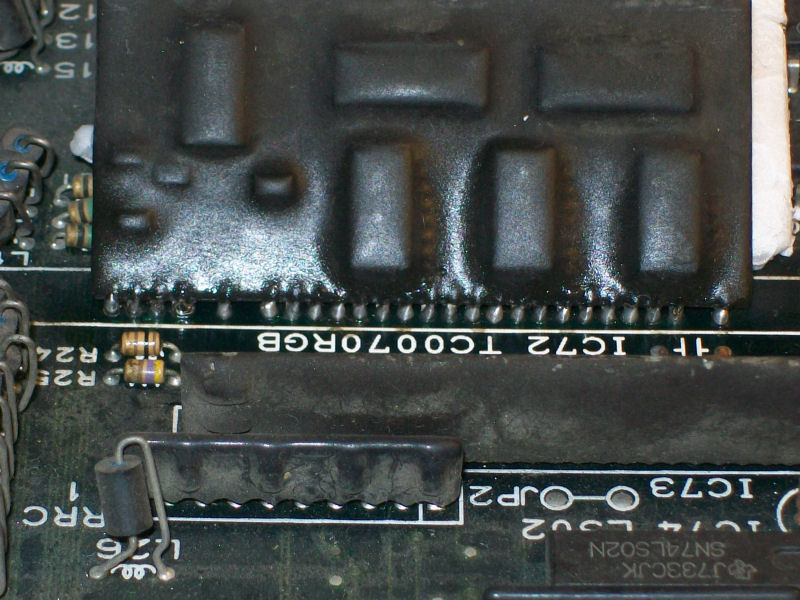 Once powered on, I got a solid white screen with a clicking sound indicating that the watchdog circuit was active: 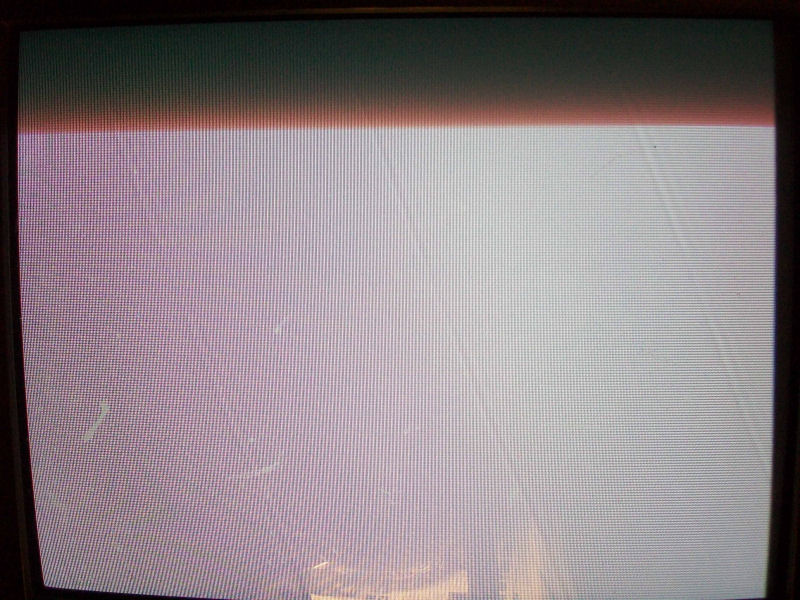 There was clearly some trouble in main code execution so I started to test with my logic probe the two WORK RAMs  and I found some data lines stuck HIGH on the 6264 SRAM @IC25.I desoldered the chip and out-of-circuit test confirmed it as bad: 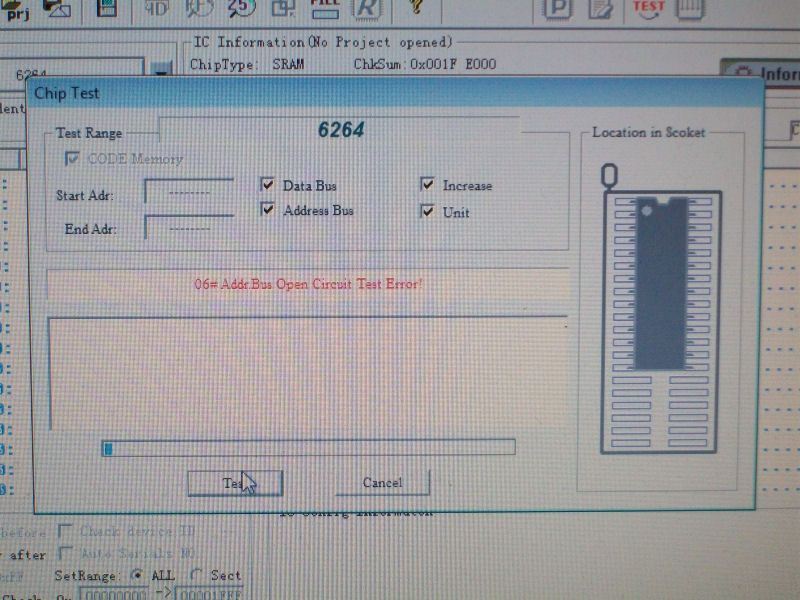 With a new RAM the board succesfully booted but graphics (tiles and sprites) were all blocky:

This board (and other Taito ones on similar hardware ) uses two custom chips  in PGA package which generates sprites (the one marked ‘PC0900J’) and tiles (the ‘PC080SN’).They respectively address GFX ROMs through a couple of  74LS373 latches.Probing the 74LS373 @IC29 I found that all the outputs were absent.So I piggybacked a good one and tiles were restored but sprites were always blocky:

So, I went through the 74LS373 @IC18 and found it had output PIN19 stucked LOW while its input was toggling.Piggybacked this and also sprites were restored.Desoldered the two 74LS373 and they were indeed bad: 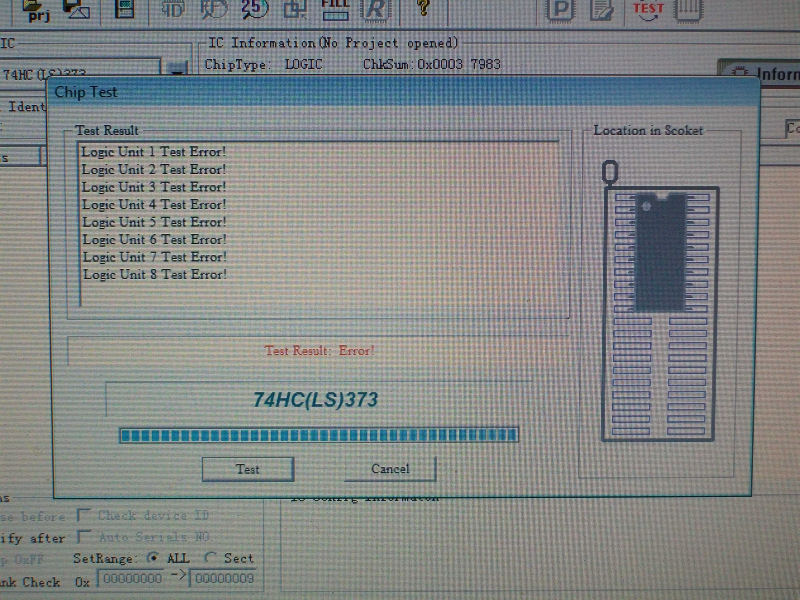 Replacing them both back this game to its former glory!