Another Rainbow Islands on the bench, this one from my friend “Mikidaffy1983”: 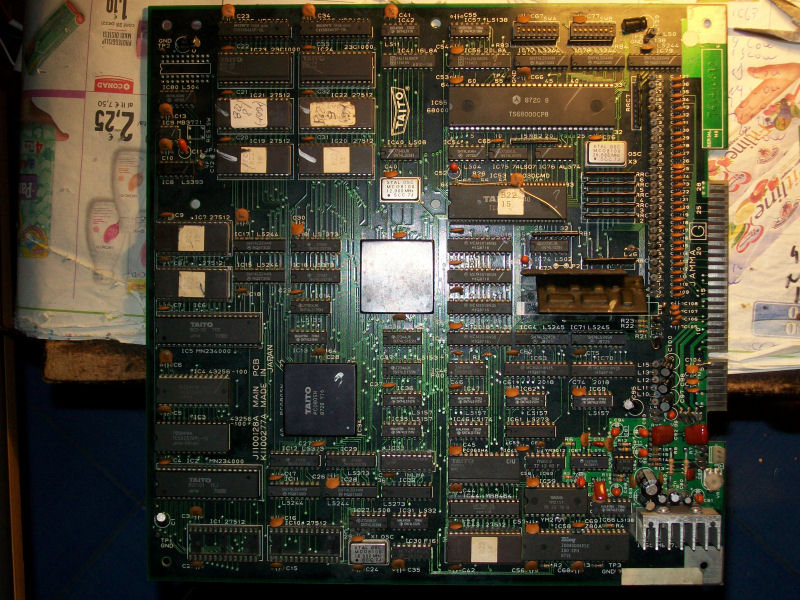 Board was in excellent state but when powered on all I got was a screen of wavy lines: 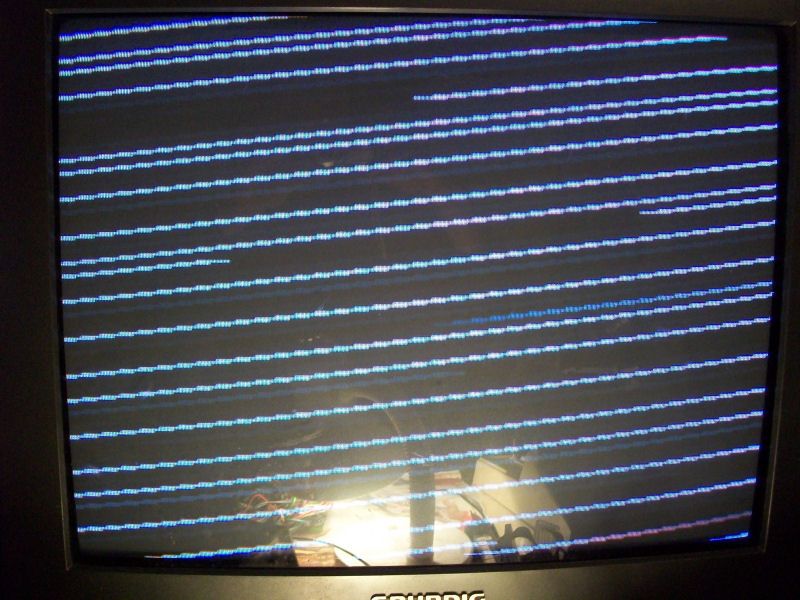 Started my usual visual inspection and didn’t notice nothing odd but when touched the PAL “B22-05” @IC33 I found it quite hot.Probing its outputs I found they were almost all dead so I programmed a GAL16V8 with the replacement hosted on this site (thank you Porchy and Macro for this).With the PAL replacement fitted the board succesfully booted but sometimes stuck on a static black/white striped screen , others times with bad/missing backgrounds:

Since I repaired other Rainbow Islands (and similar hardware like Bonze Adventure) I knew tiles are generated by the custom marked ‘PC080SN’ @IC34.This custom is connected to two 62256 SRAMs so I analized them with a logic probe and found that most DATA lines of the one @IC3 were stuck HIGH or LOW.Without thinking twice I desoldered and tested it having confirm it was bad: 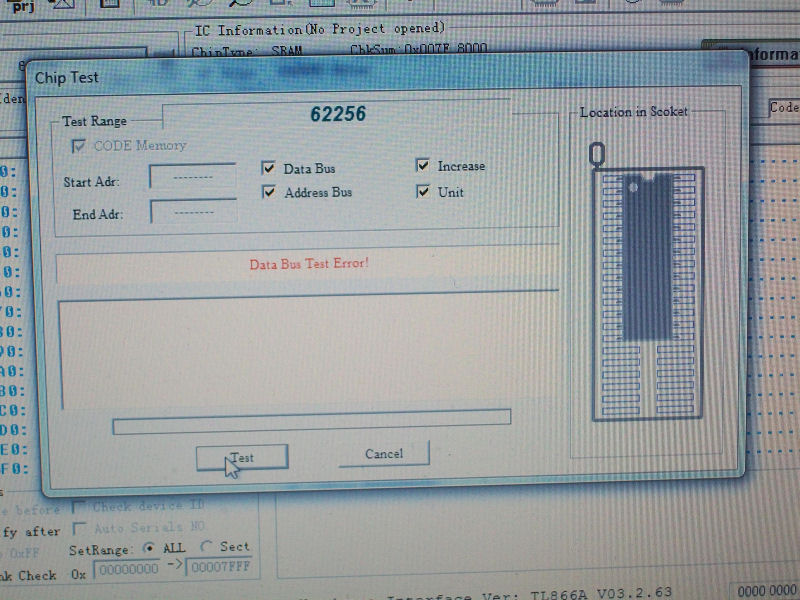 All backgounds/tiles were restored but there was a clear issue with the blue color.As we know RGB colors are generated by the custom module ‘TC0070RGB’ which on this PCB was resoldered but after a comparison with a good board I couldn’t find anything strange so I decided to move ahead and look into other issues.In particular there was no sound at all, only a buzzing noise sign that the main MB3735 amplifier was good.There was also no sound ouput from YM3012 DAC and this convinced me look into the digital part of the audio circuit.Probing the 6264 SRAM  @IC44 revealed weird activity on its DATA/ADDRESS lines, testing it out-of-circuit confirmed it was bad: 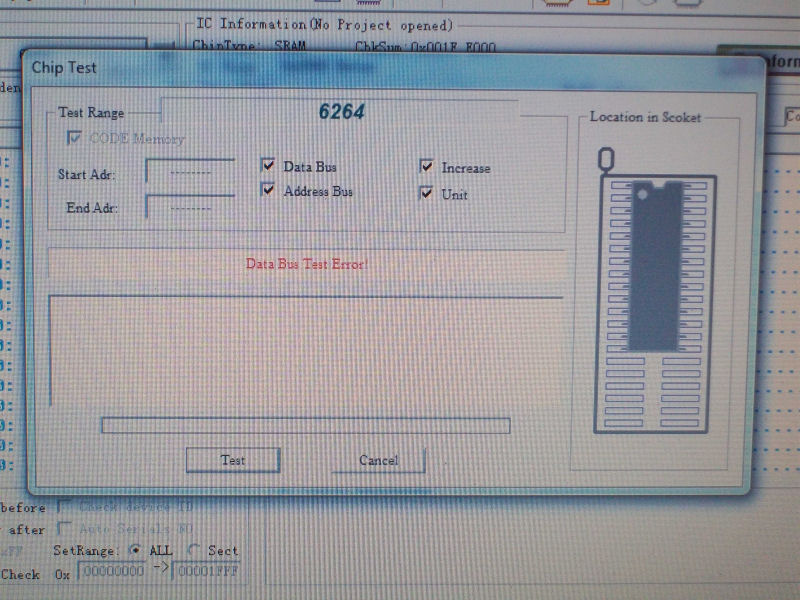 Sound was fully restored but it was quiete and faint also at the highest volume.Connecting an external AMP to the inputs of the TL074 OP-AMP @IC67 gave me strong and steady volume so I rightly replaced this IC.

Back to the blue color issue I decided to go straight and remove the TC0070RGB module installing the Macro replacement resulting in a success.Board 100% fixed. 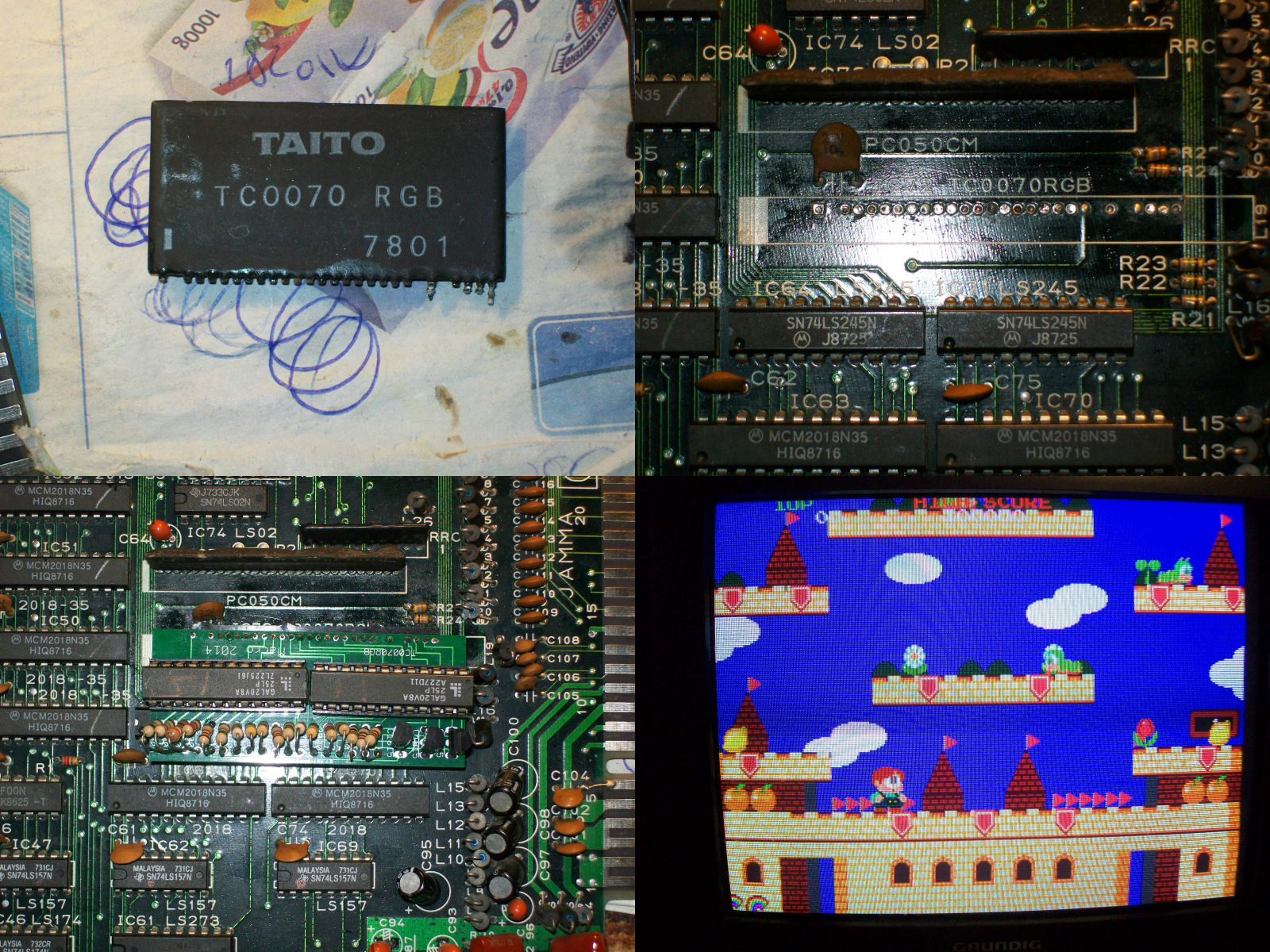