All good things come in threes!

Yes, this is the third Rainbow Islands PCB (the fourth if we include the Extra version) I repaired.The PCB was in good state (dust apart): 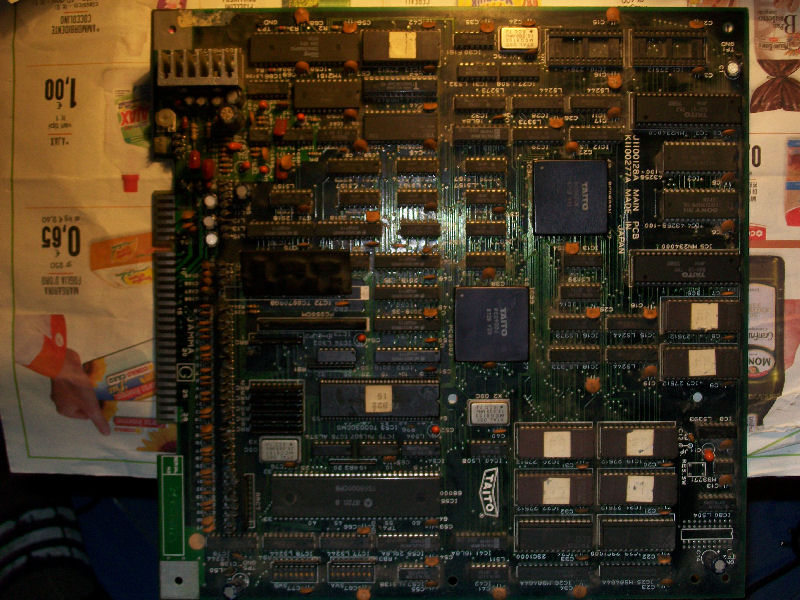 But all I get was a solid blank screen upon powered it on, no activities on DATA/ADDRESS bus of 68000 CPU, RAM and ROM.The program ROMs were dumped as good so I went to the two 6264 WORK RAMs  @IC25 and @IC26 and, mindful of what had already happened with the other Rainbow Islands PCBs, I desoldered them and tested out-of-circuit.Both were bad! 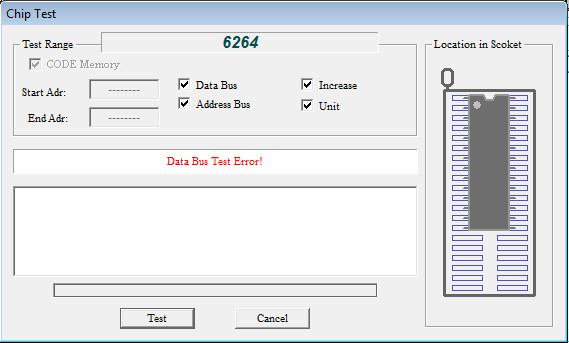 With new WORK RAMs fitted the board sometimes booted stuck on “OBJECT RAM ERROR” other times with jailbars all over the sprites:

Jailbairs are a clear symptom of wrong written data.Sprite generation circuit on this PCB is made of a PGA custom ‘PC0900J’ , four 2018 SRAMs , some latches and buffers.Piggybacking the RAMs had no effect but when I made it on a 74LS244 @IC15 the jailbars faded and then disappeared completely when I piggybacked the other 74LS244 @IC17. 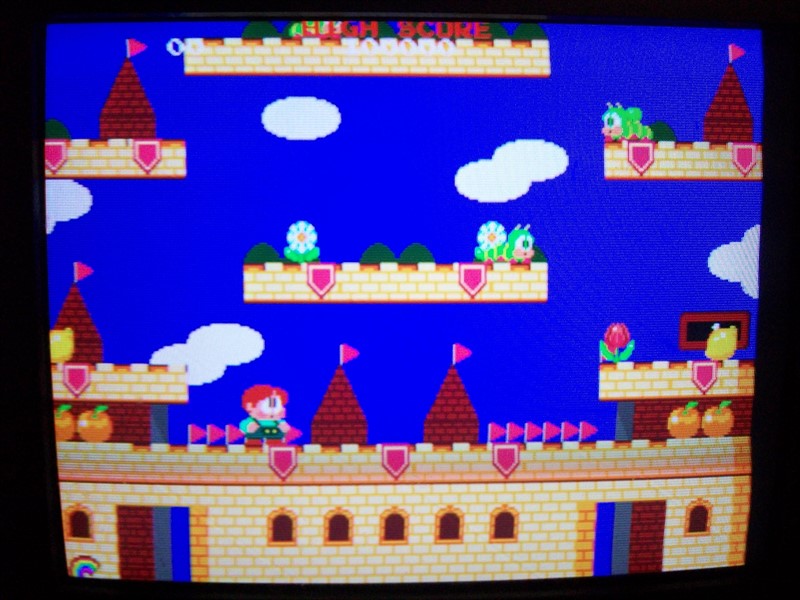 Desoldered them and tested out-of-circuit confirmed they were both bad:

Graphics were perfect at this point.Last issue to troubleshoot was the absolute lack of sound.When I was gonna to analyze the sound circuit I noticed  @IC44 the 6264 RAM  of the Z80 audio CPU was already socketed so I decided to test it resulting in a bad chip.Replaced it restored the sound.Board 100% fixed!