Got this original Taito/Toaplan Rally Bike PCB for cheap: 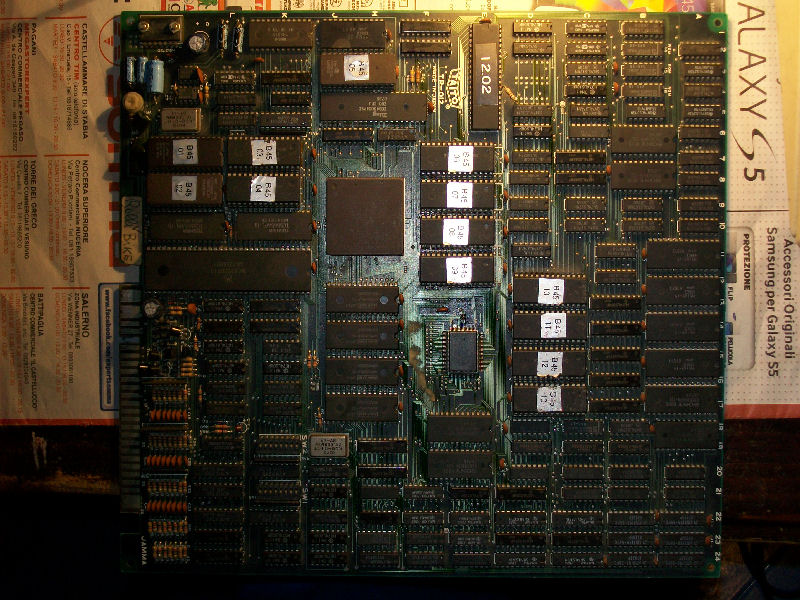 Seller claimed that it was working fine except that it didn’t coin up with both players.So, I was confident that it would have been an easy repair (but in hindsight I can say not really..).

When I started my troubleshooting I found none of the inputs (and dispwitches, too) were working.Checking all JAMMA connector pins with a logic probe revealed they were all fine (high when input is not activated  and low when button/direction switch is pressed) so resistors arrays were doing their job but something happened after and the signals could be not propagated.Tracing back the inputs I found that they were tied to inputs of some 74LS240 near the JAMMA connector.Probing them revealed that outputs didn’t change they state when inputs were activated because all the enable pin (PIN1 and PIN19) were stuck high.All these enable signals were tied to some outputs of a 74LS138 which I tested good out-of-circuit.So, I was in a dead end and giving up but doing some research about Toaplan hardware I came across this page:

where it said that Z80 audio CPU handles not only sound control but also all I/O reading:

So I started to probe the digital audio circuit and found thath some address lines of Z80 (and so also of the connected RAM/ROM) were stuck low as well all data lines of the YM3812 sound synthesis chip were in high impedance state due the /CS pin stuck high.The audio ROM was dumped fine and piggybackinbg the 6161 RAM had no changes at all but when I made it over the YM3812 suddenly the game coined up and started a game.I swapped it for a good one and all the inputs were working again.But sound was totally missing, only some hissing noise sign that the main MB3730 amplifier was good at least.Since digital part of audio circuit was fine, the fault was located in analog section.Probing the YM3014 DAC and the LM358 OP-AMP I could measure only 2.45V across their power pins sign that there was almost a short on thes two ICs: 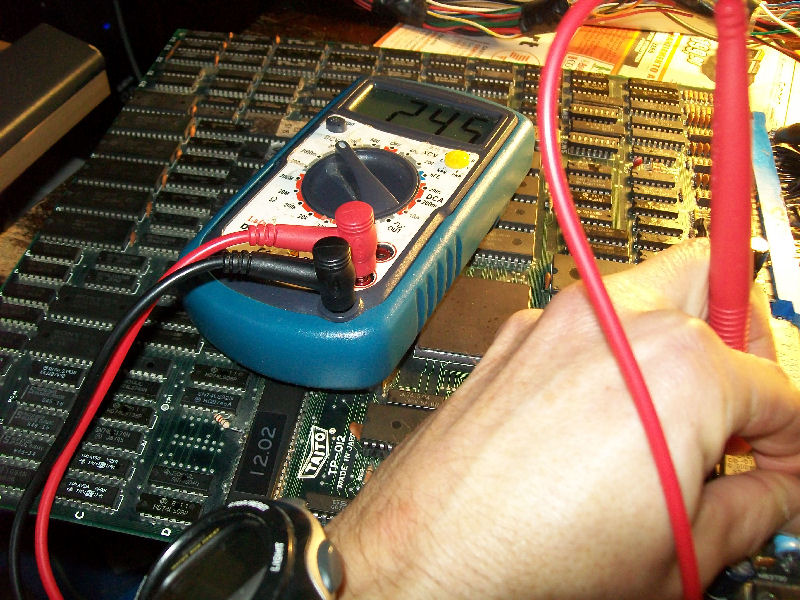 Infact, after removing them, I could measure the right voltage on the power pads: 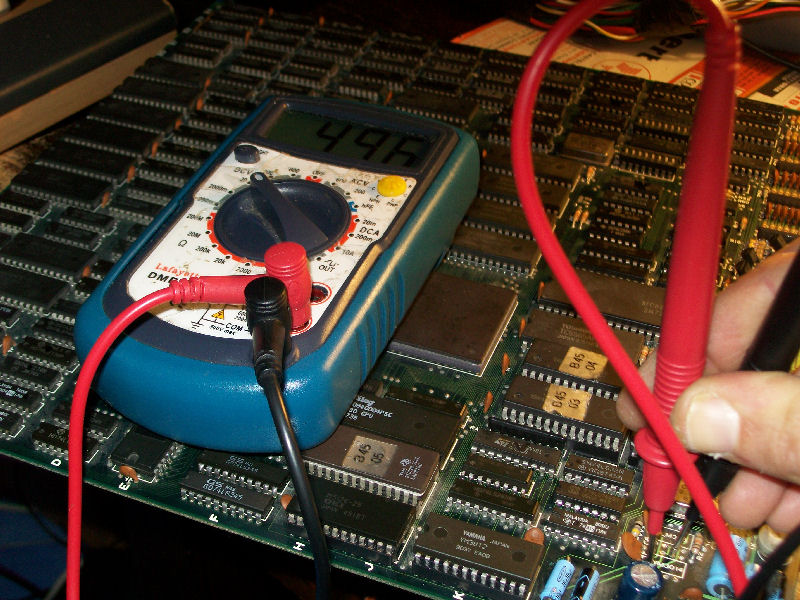 Replaced both YM3014 and LM358 restored full sound.End of job.