Got for repair this original Rapid Hero PCB, an obscure vertical shoot ’em up released by NMK in 1994 and a very sought-after board :

The board booted up but some sprites were affected by jailbars : 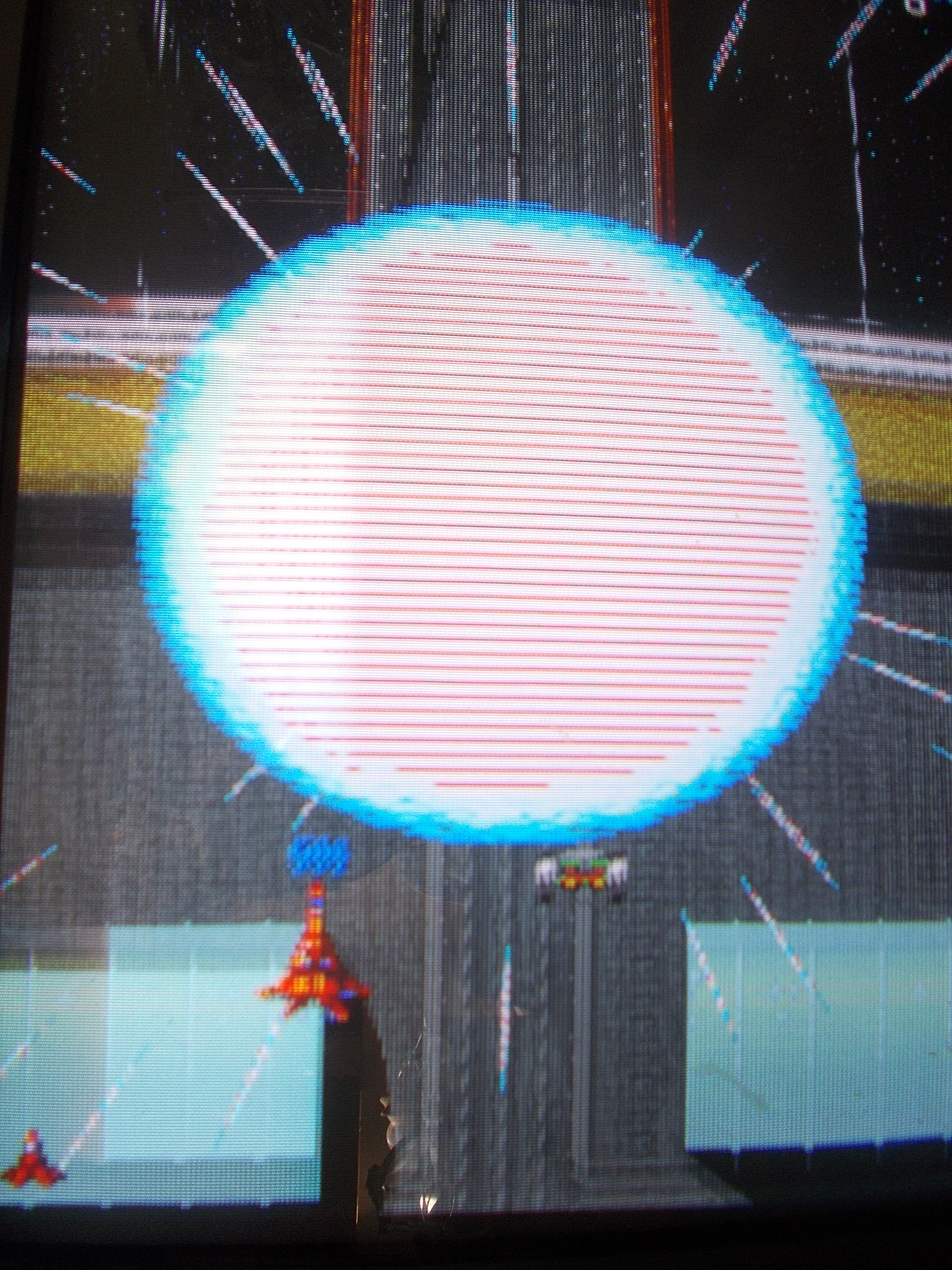 Besides, an entire music track was missing or sometimes corrupted as well as some sound effects:

The board had some sign of previous repair on solder side : 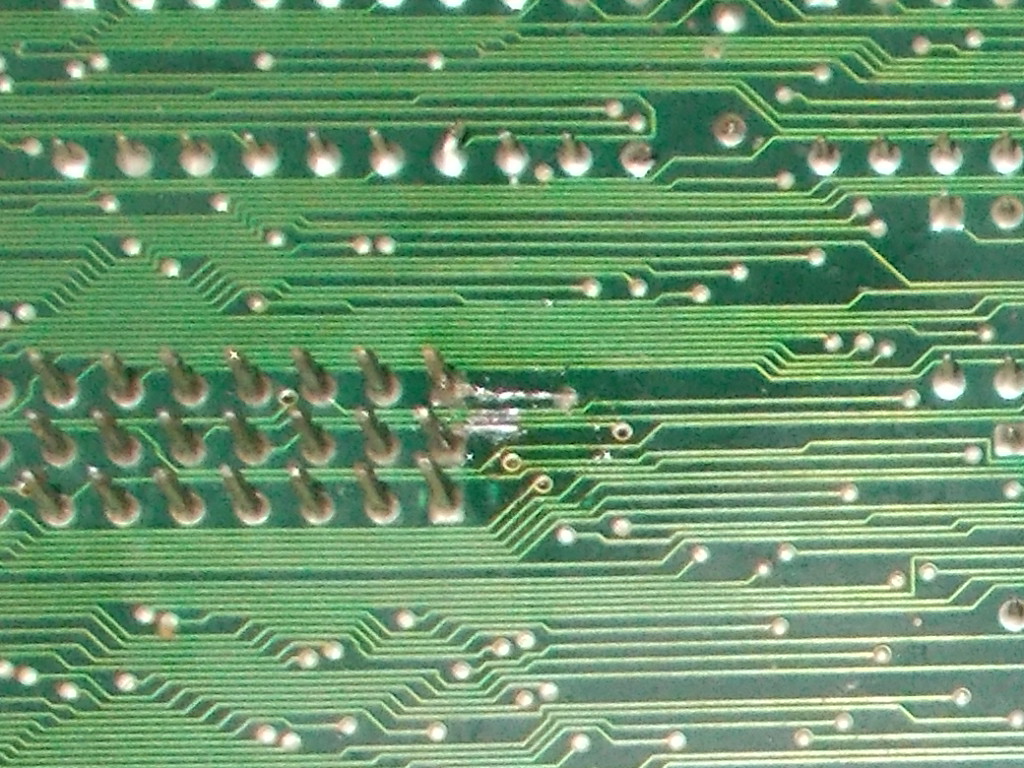 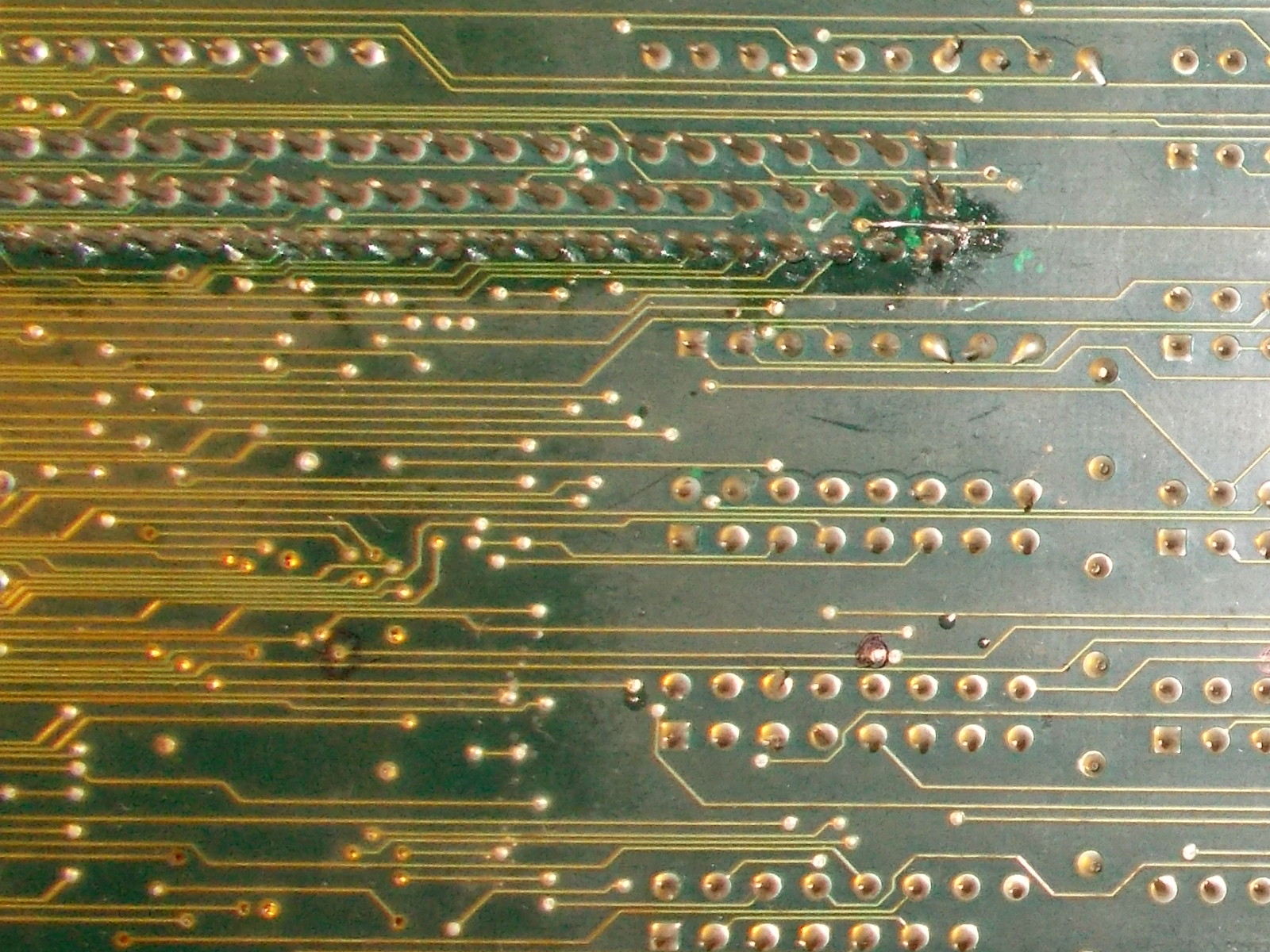 This is the area of the ‘CN1’ and ‘CN2’ connectors where the ROM board, which contains all the game code and data, plugs into the mainboard:

The repairs let assume a weakness and subsequent failure of the headers connections probably due to repeated disconnections and insertions of the ROM board.So I checked with a multimeter in continuity mode all the traces from the ‘CN1’ header and found another broken one that I promptly patched : 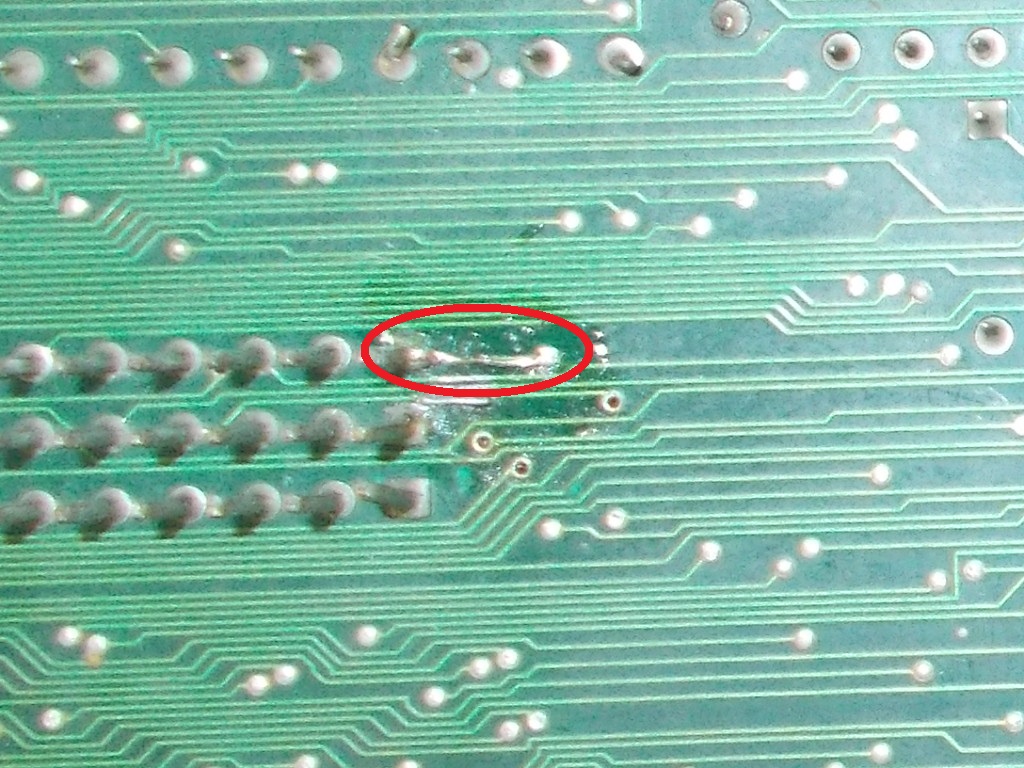 This fixed the graphics, no more jailbars on sprites :

The audio circuit was previousy reworked, one of the OKI MSM6295 was likely replaced and one trace was repaired but this was not the culprit : 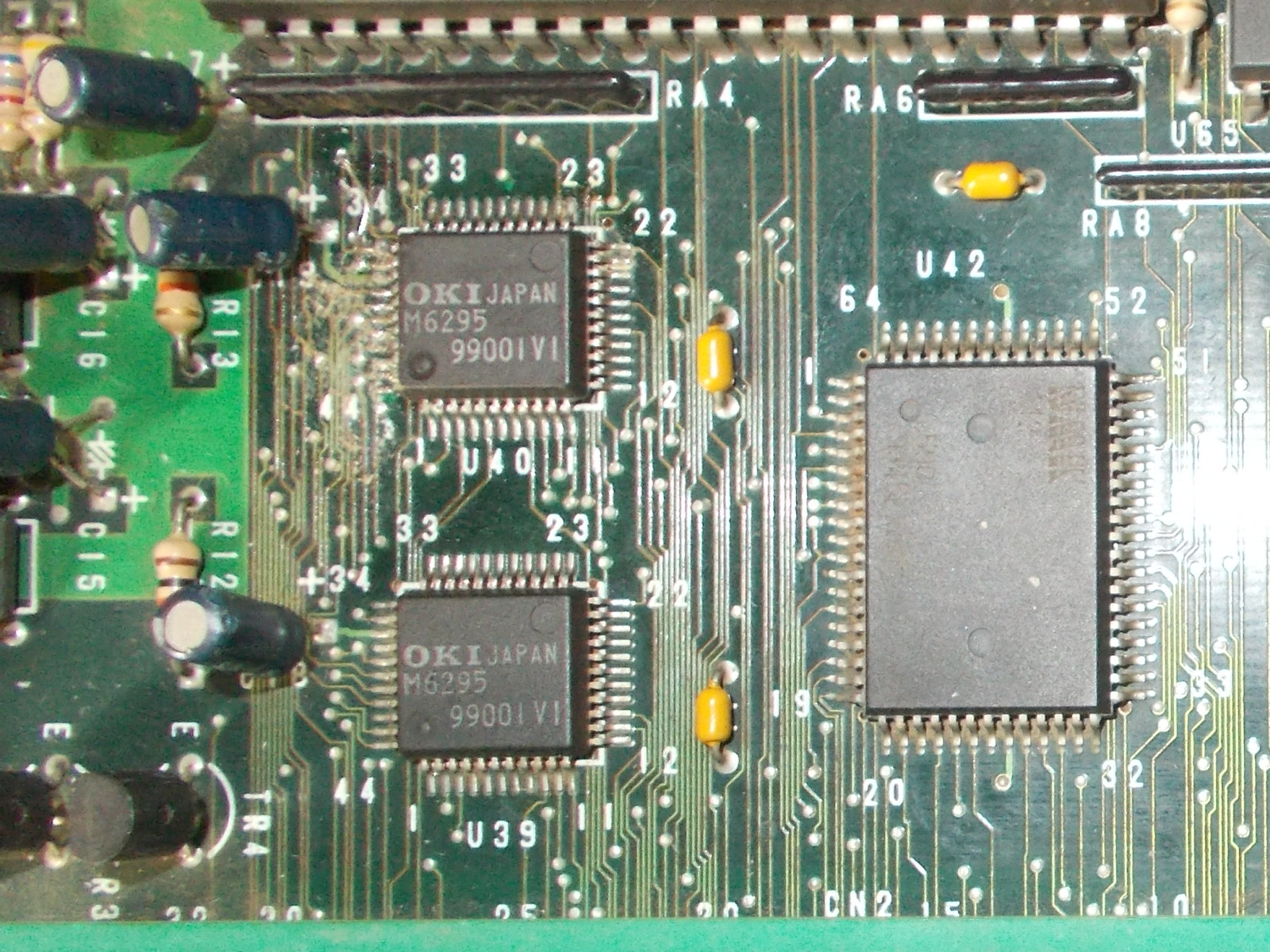 I noticed that if I pressed the ROM board on the ‘CN2’ connector some of the missing sounds were restored.I checked traces from ‘CN2’ to mainboard and found two missing connections to the ‘NMK112’ custom ASIC (responsible of  bankswitching the sample ROMs of the two OKI6295 ADPCM chips) 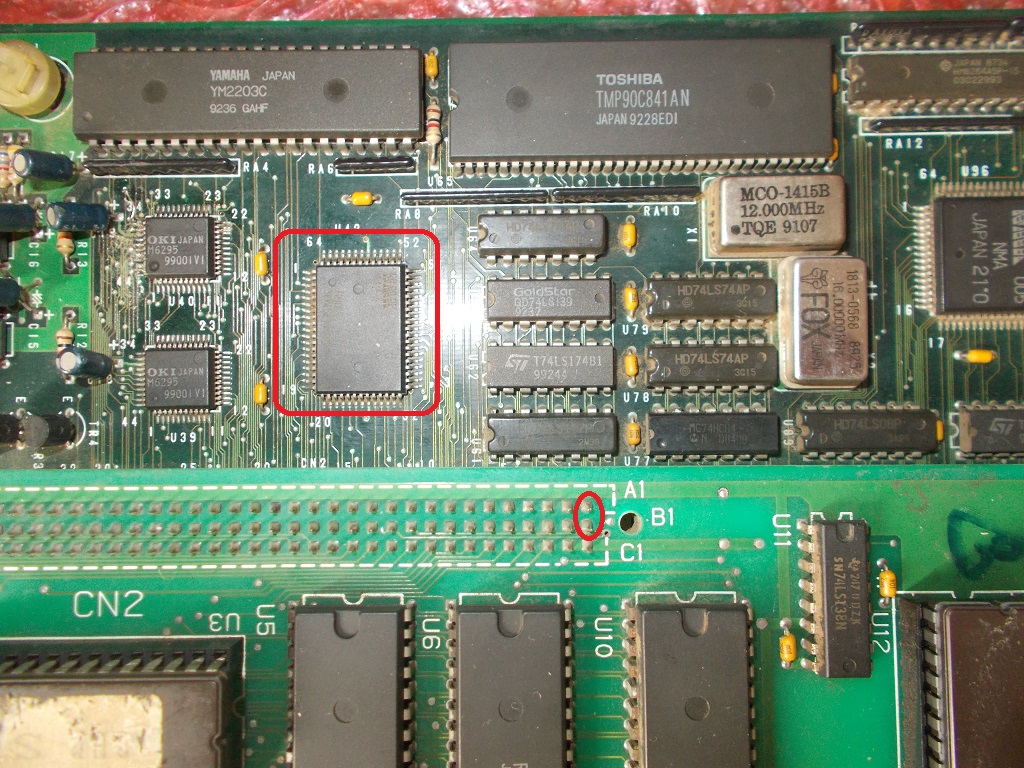 I patched the traces with some AWG30 wire: 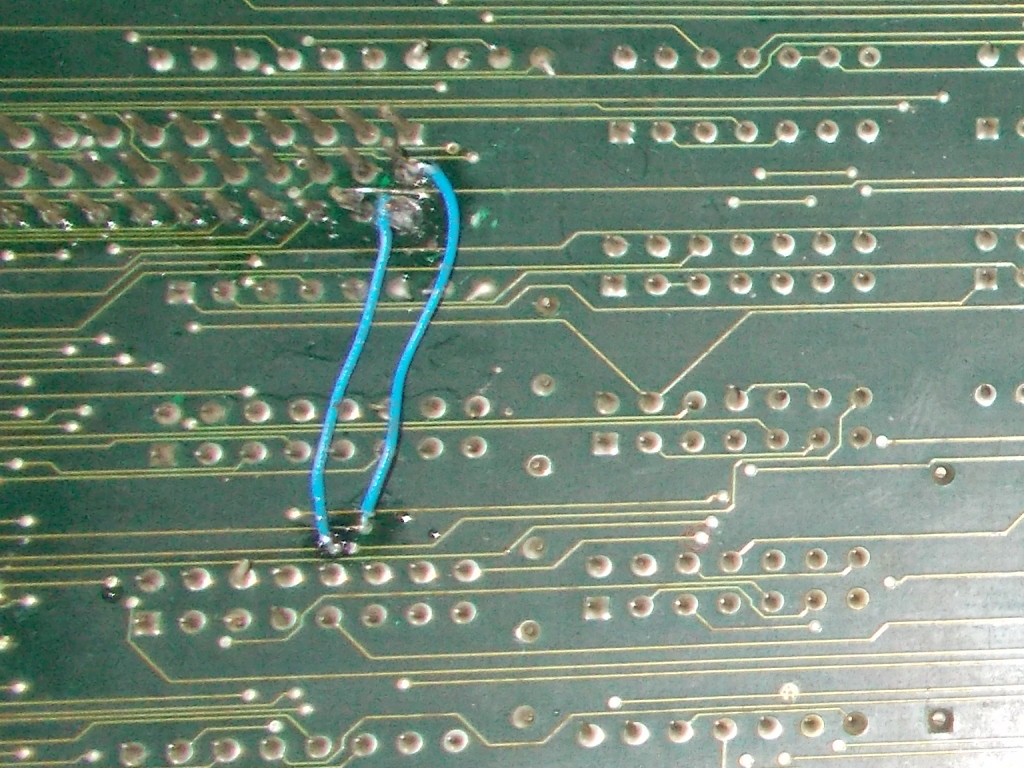 Sound was totally restored and board 100% fixed.Repair accomplished.