I had on the bench this Rastan PCB: 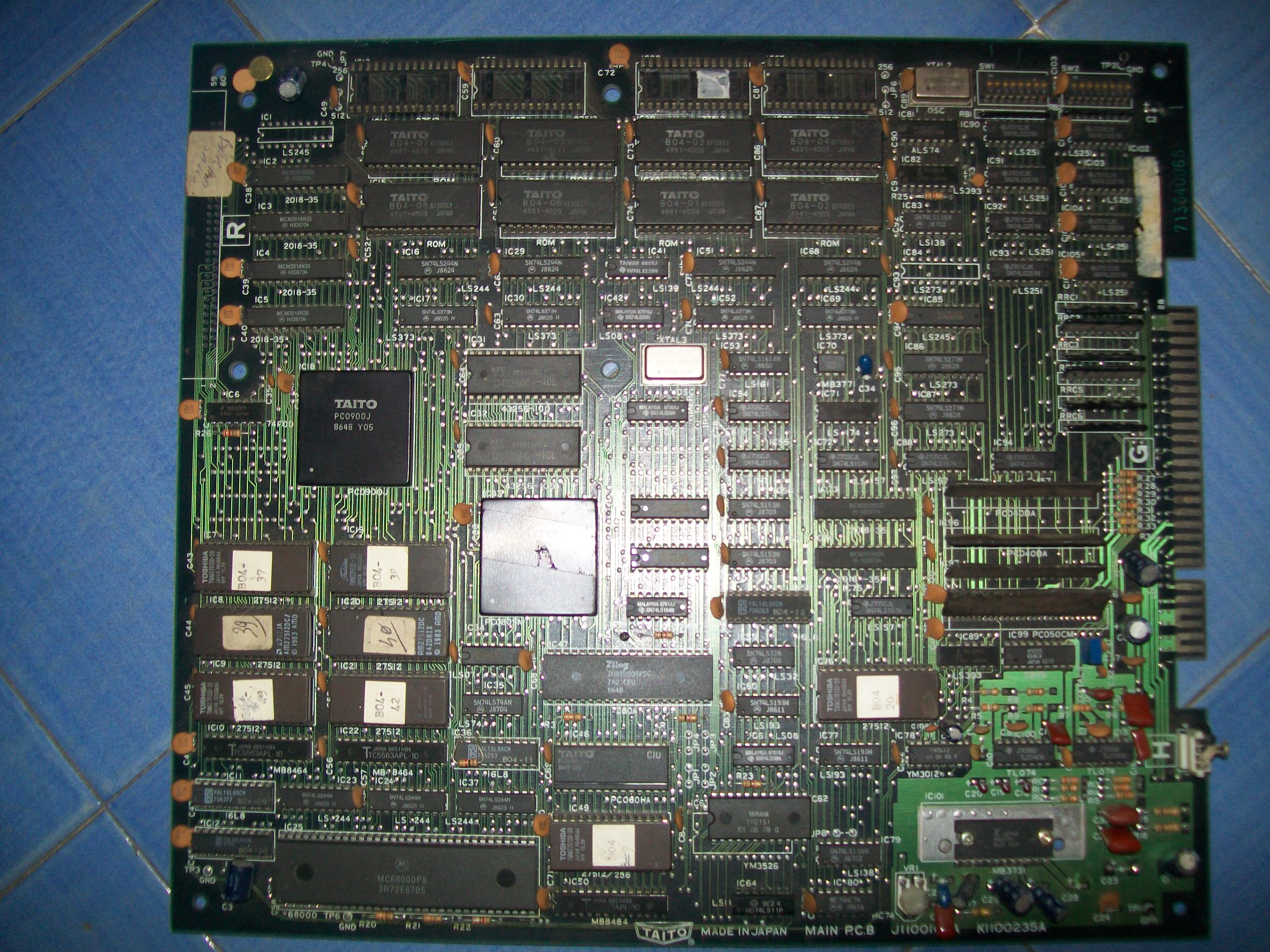 Board suffered from severe graphical issues, sprites were absent and jailbars all over the screen.Sound was corrupted too:

I had the feeling that the backgrounds were actually good although the jailbars since the lines were changing as sprites moved so I went to check this part of circuit.Objects are generated by the custom ‘PC090’  which takes data from some 1Mbit MASK ROM and write them to four 2018 static RAMs: 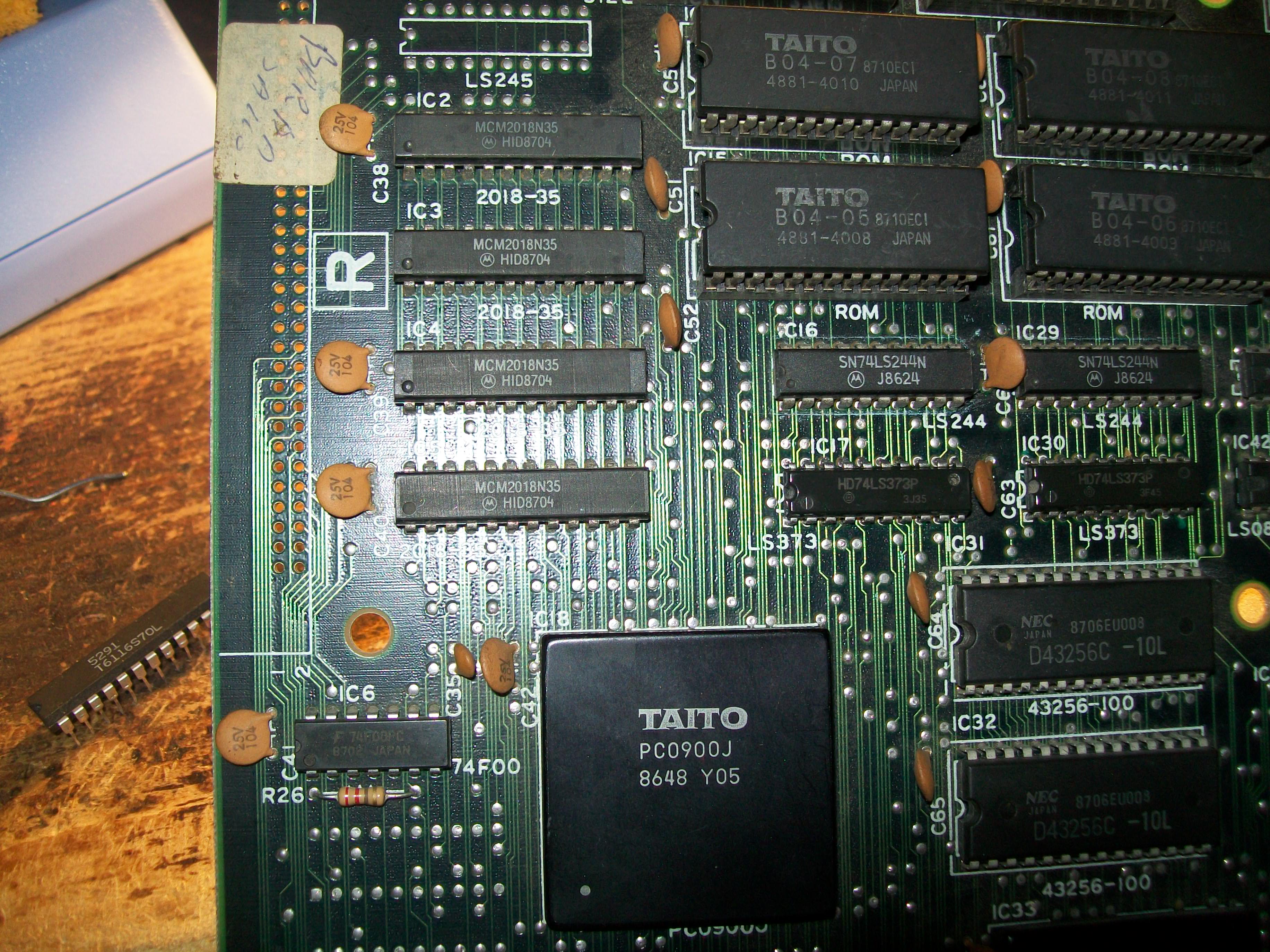 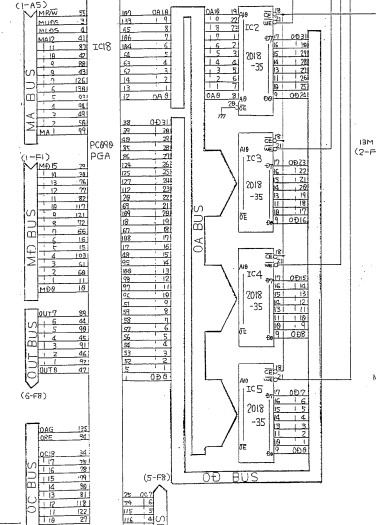 Probing the four RAM revelead weak signals on data lines of the one @IC5: 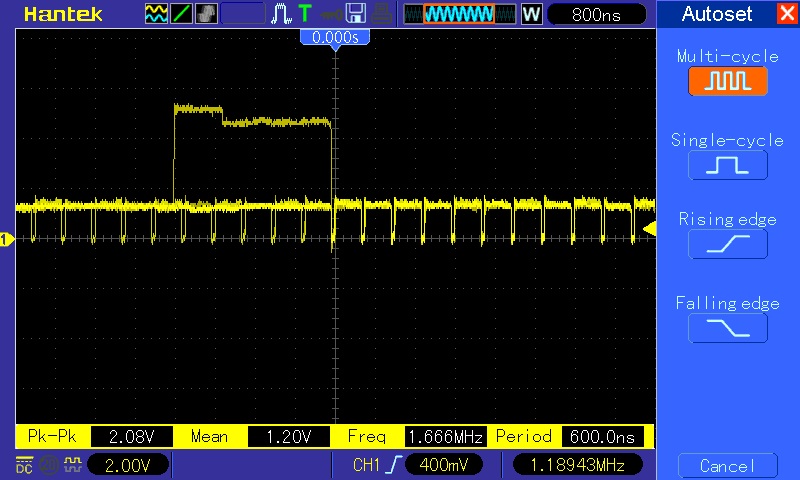 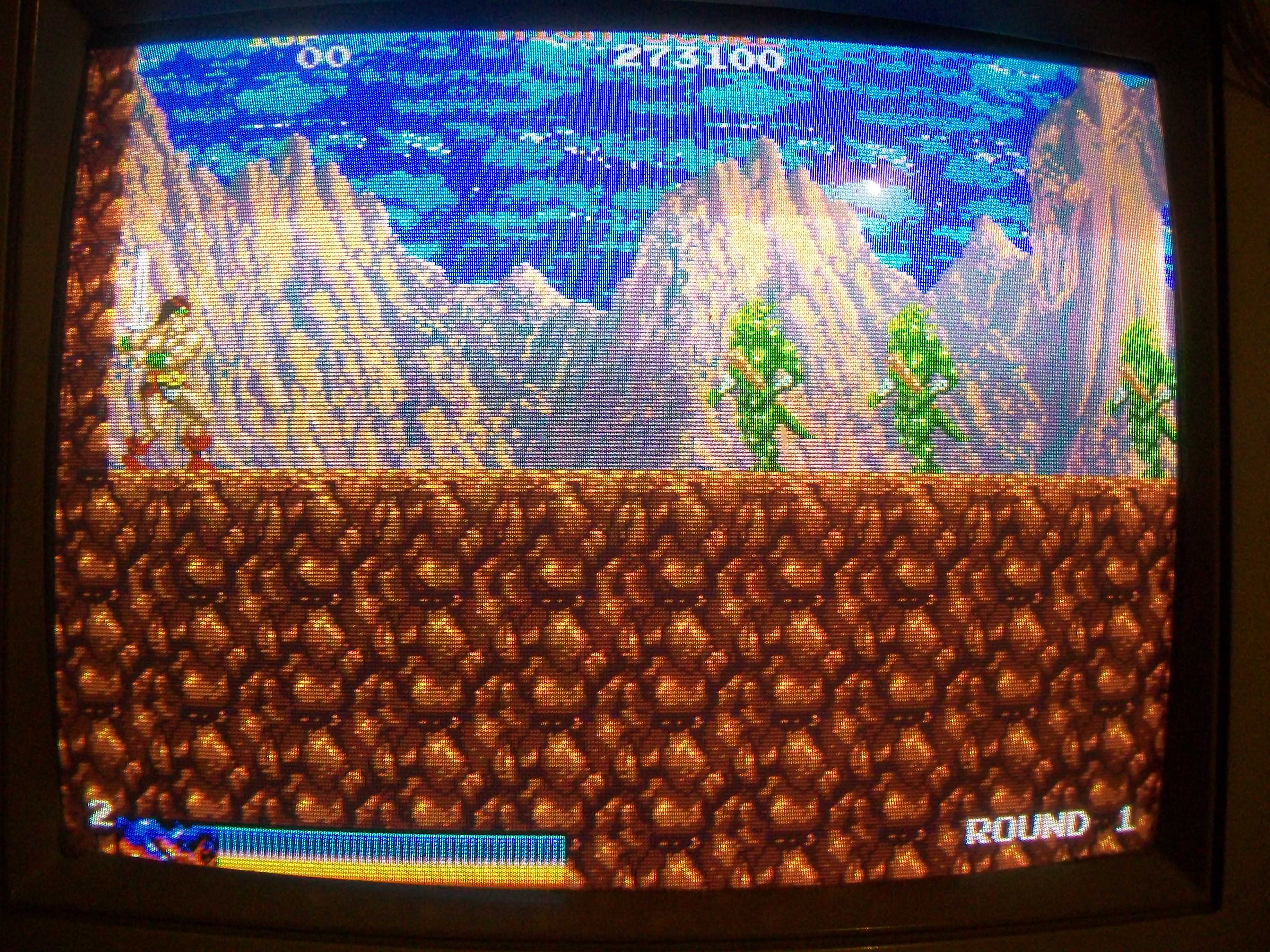 The chip failed when tested out of circuit: 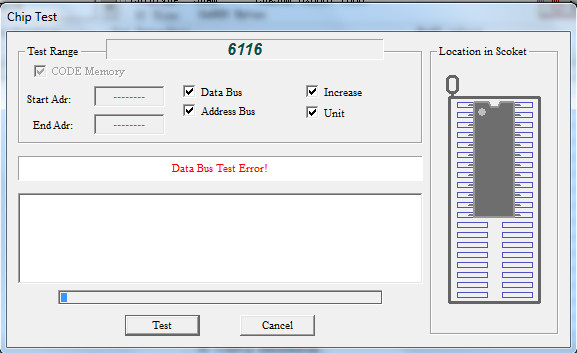 But after I installed a new RAM on board, sprites were not good as when I made piggybacking, just blank with no colors : 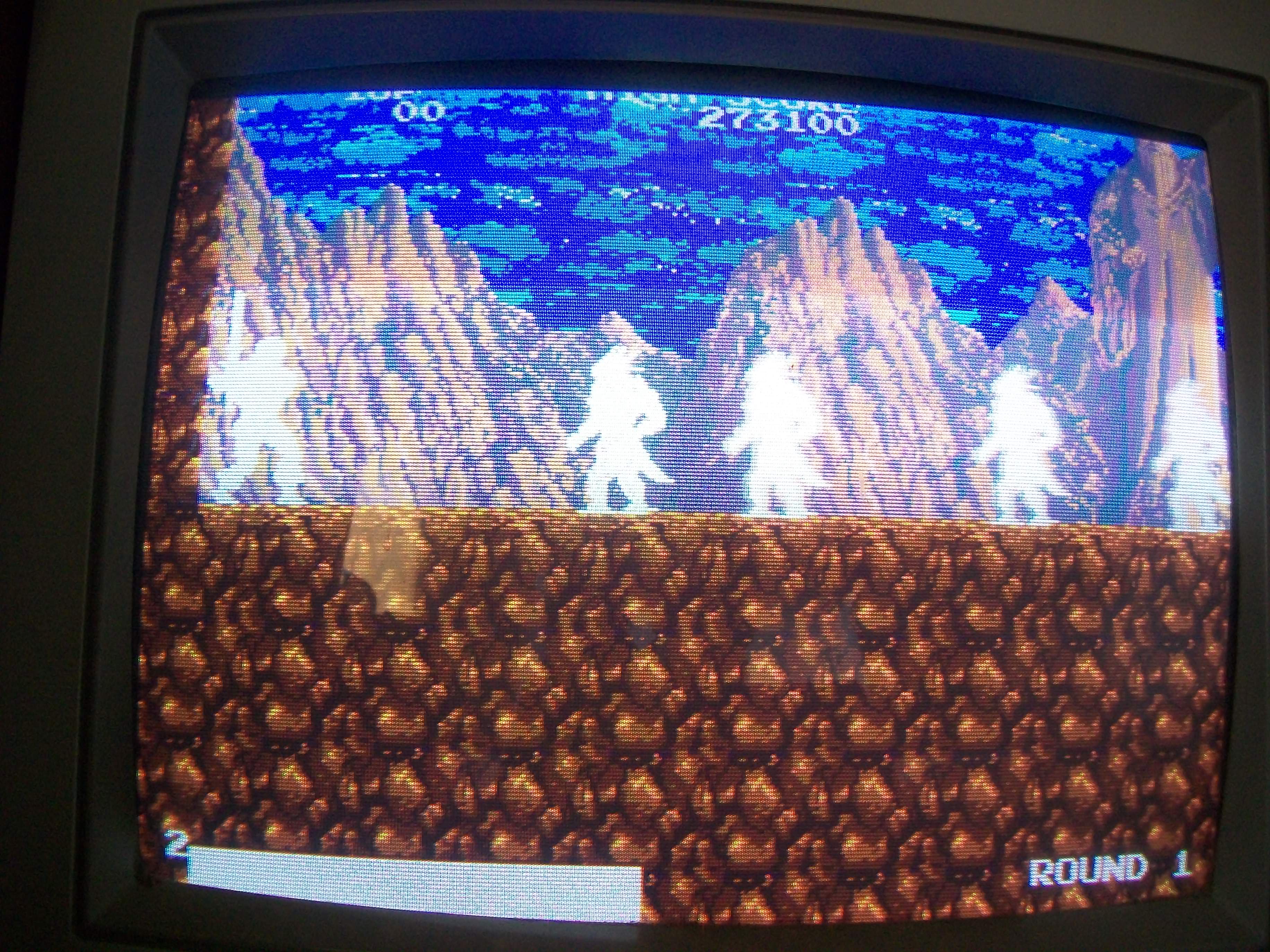 This is used to exchange data between two bus called ‘IO BUS’ and ‘MD BUS’ on schematics: 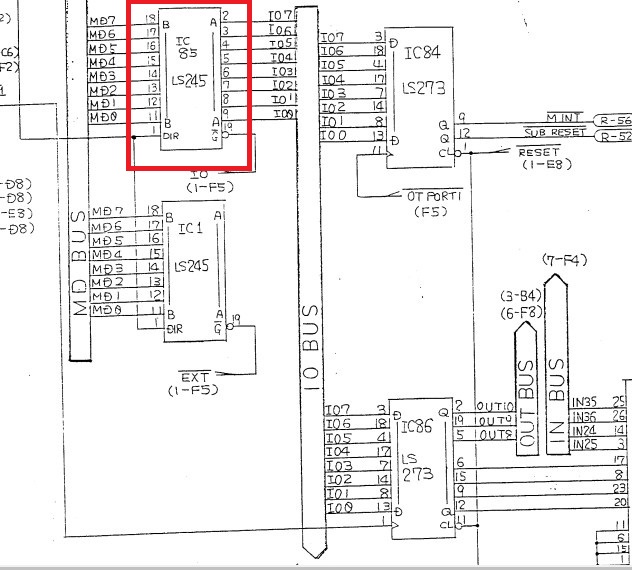 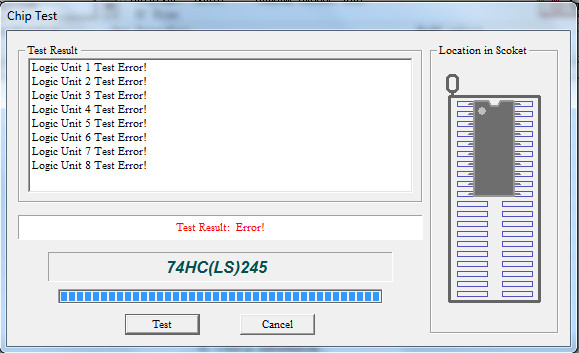 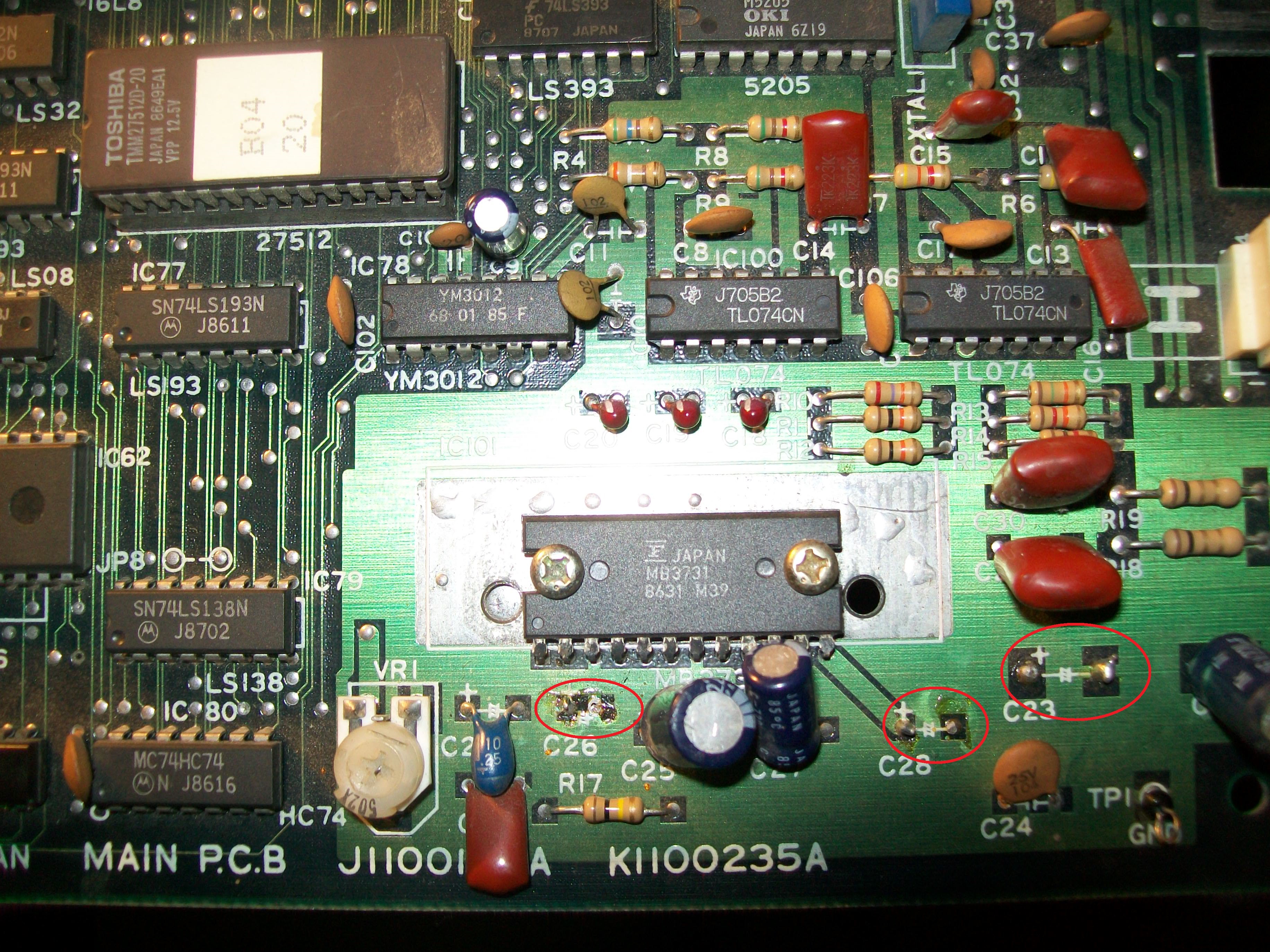 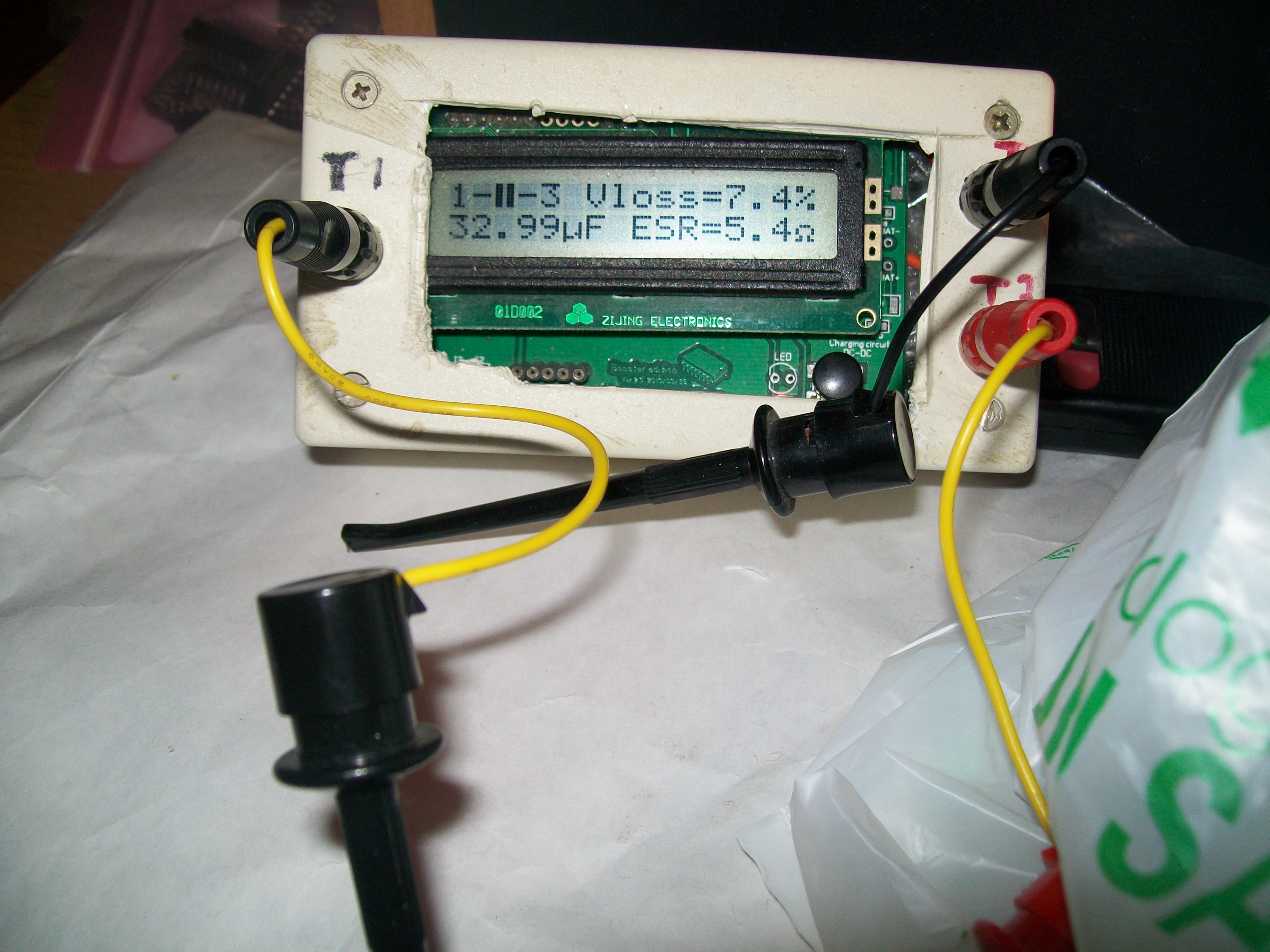 But this was not enough to restore a good sound.So I decided to use my new audio probe: 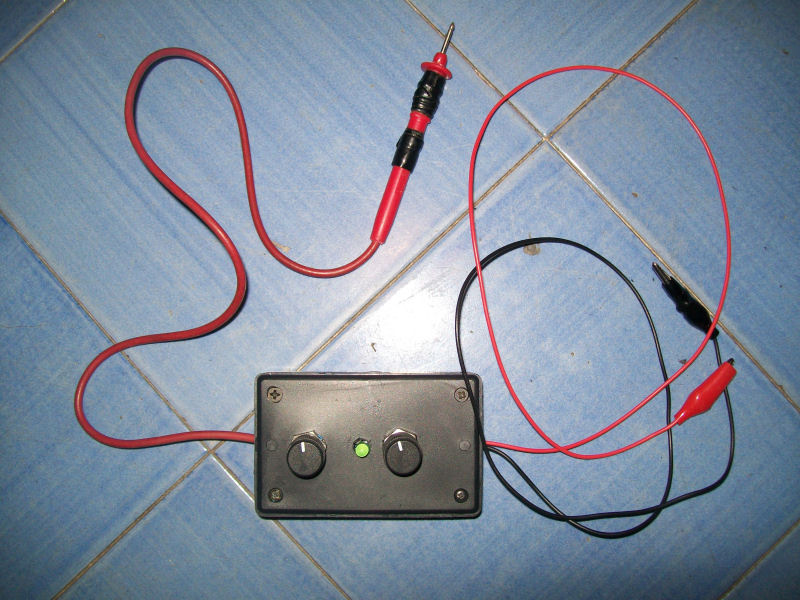 An audio probe is essentially a portable amplifier useful to test parts of an analog sound circuit by ‘hearing’ them and hence figure out what is actually faulty.Mine was designed by Phil Murr from UKVAC forums, credits to him:

Using it revealed that sound was still good on input pin 6 of the TL074 OP-AMP @IC106 (used on final stage to mix FM music with PCM samples) but then was outputted distorted from pin 7 : 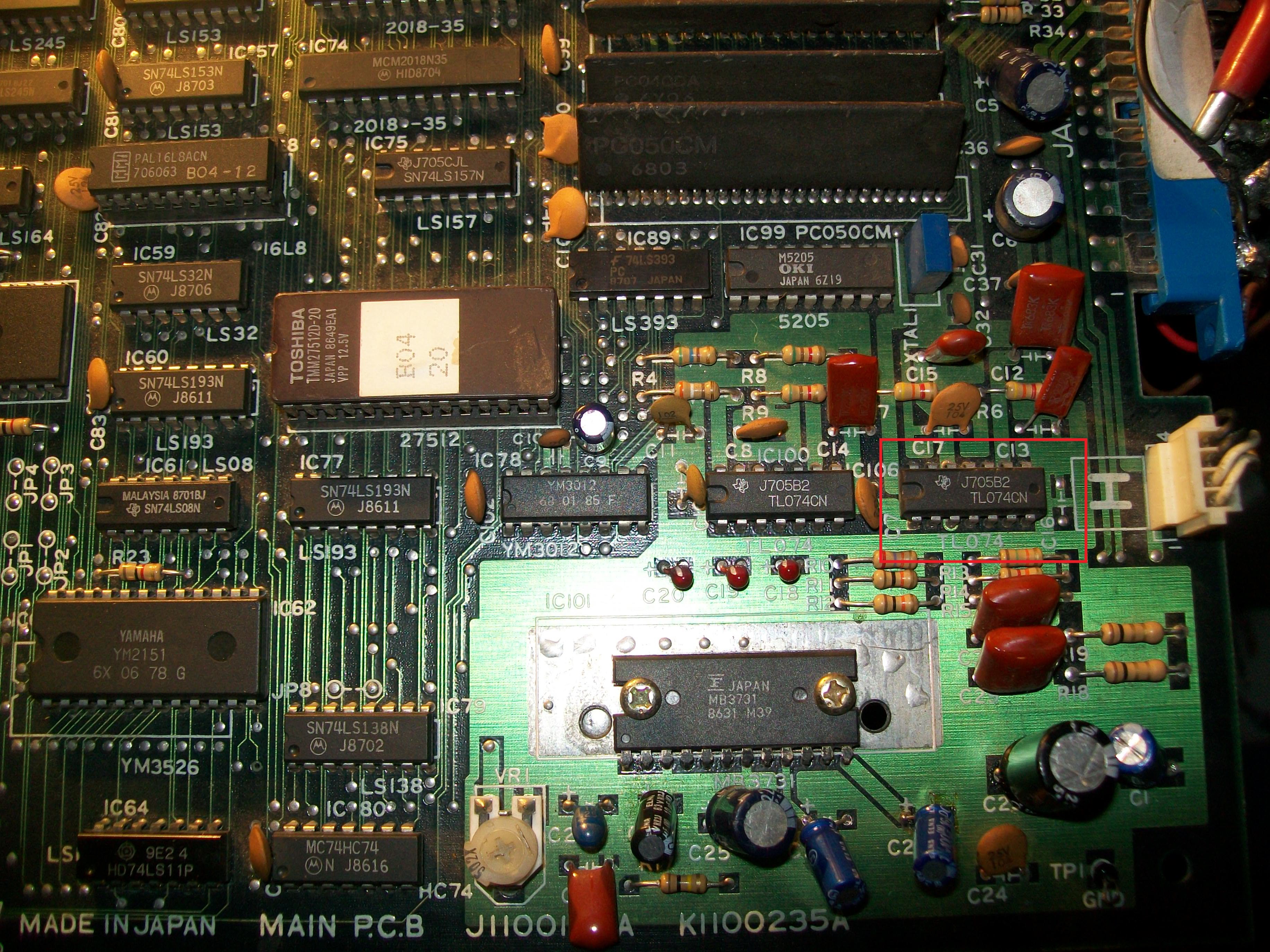