Got this original Data East Rocobop for cheap: 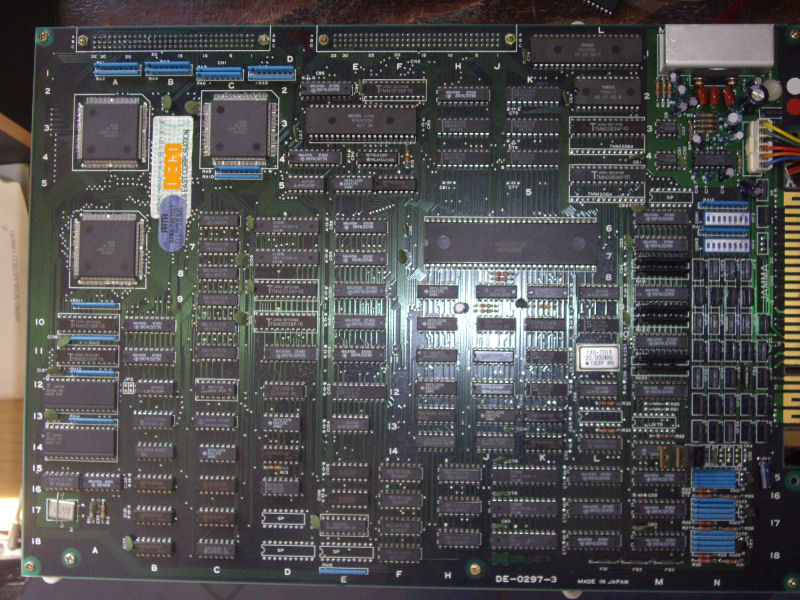 Board was marked as not working but when I fired it up all was fine except for sound what was completely missing.Swapping boards with another working set I had , I could pinpoint fault in the top CPU board.Analog section was fine so fault was of digital nature.Sound system is made of a main 6502 CPU, a YM3812 and YM2203 sound synthesis chips: 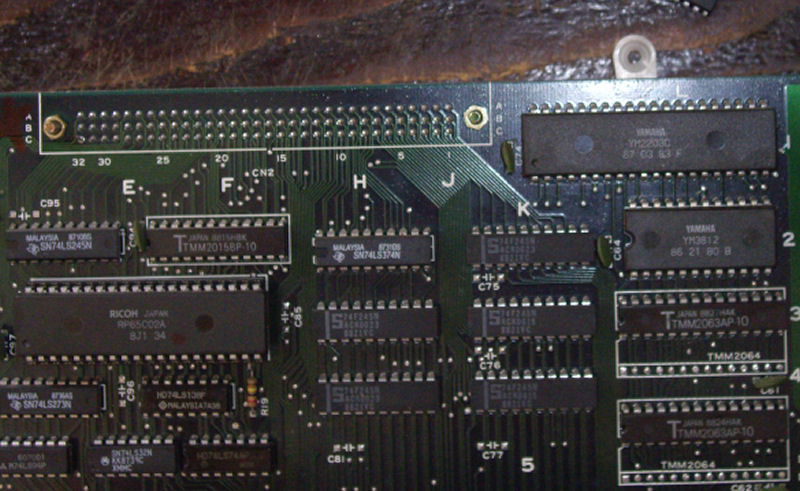 Probing the 6502 CPU I found that it was undergone an hardware interrupt since its NMI line (pin 6) was low.Technically speaking an interrupt is an asynchronous signal generated to CPU from external peripherals indicating an event that needs immediate attention.

This lead me to think that the YM3812 or the YM2203 were bad (the IRQ line – pin 4-  of the 6502 is connected to both these devices) so I desoldered them.But I was wrong since they were good.Analyzyng with a logic probe  the TMM2015 SRAM @2F connected to the 6502 CPU revealed nothing abnormal but this didn’t convince me so I used my analog oscilloscope and found weak signal on some data lines compared to healthy ones:

I piggybacked the RAM and sound was fully restored.Time to desoder and test the IC out of circuit in where it failed:

Fitted a new RAM and archivied also this board as fixed.