While I was playing this game from my collection  ,I discovered it was missing all the samples (gun shots, walk and so on). 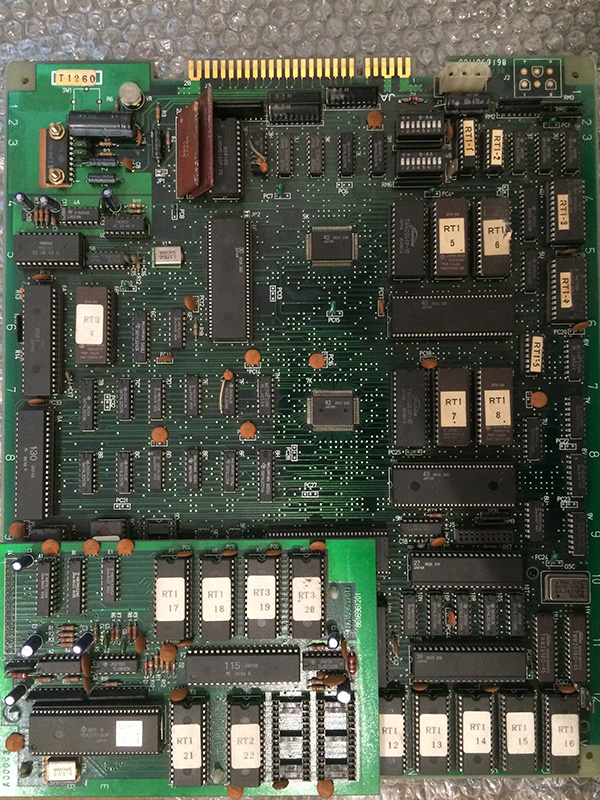 where all the caps on the daughter board weere changed , restoring the samples.

found that the on the daughterboard there is a little circuit which produce 24V out of the 5V for the op amp.

Around that circuit there was a hissing noise therfore I checked if the 24 volts were present which was confirmed.

I proceeded with my sound probe to see if from the op amp I could hear the samples but when I turned on the game,

it continued to reset itself….the watchdog was active.

but with missing background and crashed as soon as the attract mode began.

I took some customs from various Namco games and checked if the game booted but no luck.

Also I hadn’t another Rolling Thunder to check the two customs on the daughter board therefore I put the pcb apart for sometime.

which had pin 12 not oscillating properly while the input was healthy (Fujistu part….) 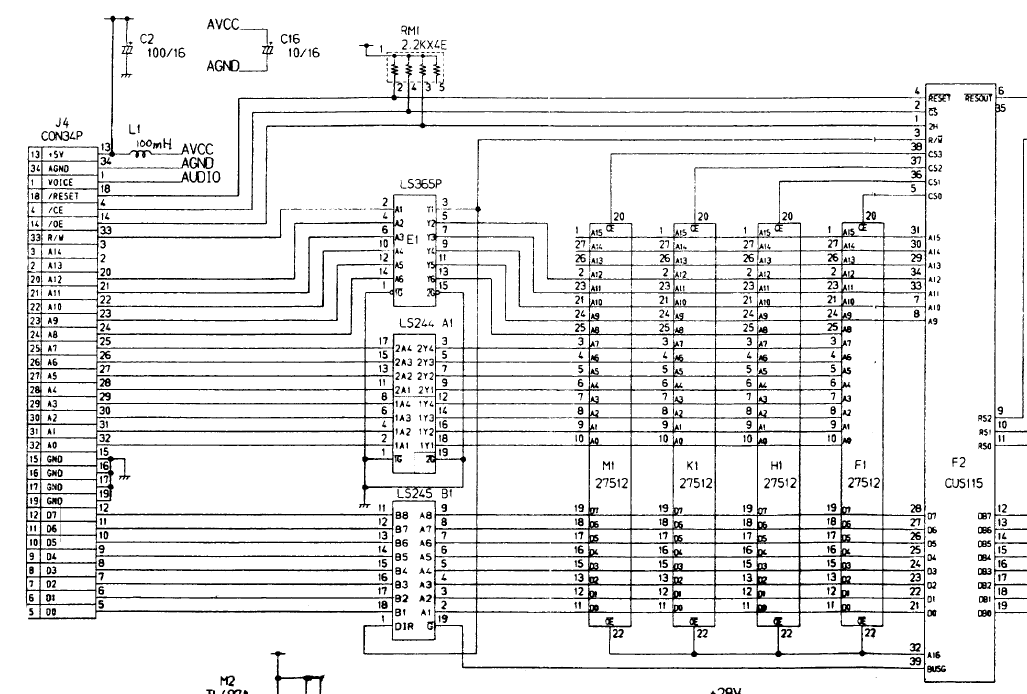 I piggybacked it with a good one and the game booted briefly correctly.

After changing it, I returned to the original state with the gameplay without samples.

I tested the output of the op amp TL074 with the sound probe and I could hear the samples.

Ttherefore there could only be one cause which was the capacitor @C1 placed between the output and the daughterboard connector, which infact was tested as open with an ESR meter

Changing it restored all the samples. 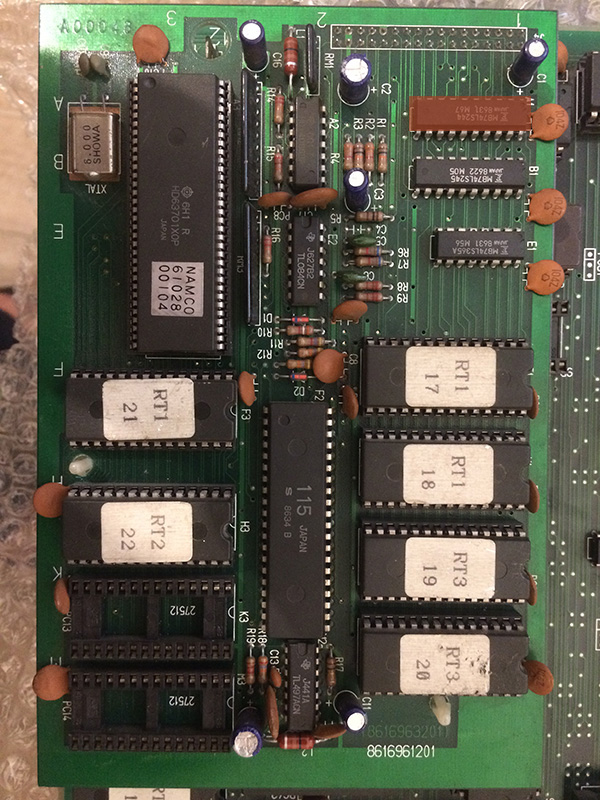