Received from Spain this faulty Rolling Thunder PCB for repair: 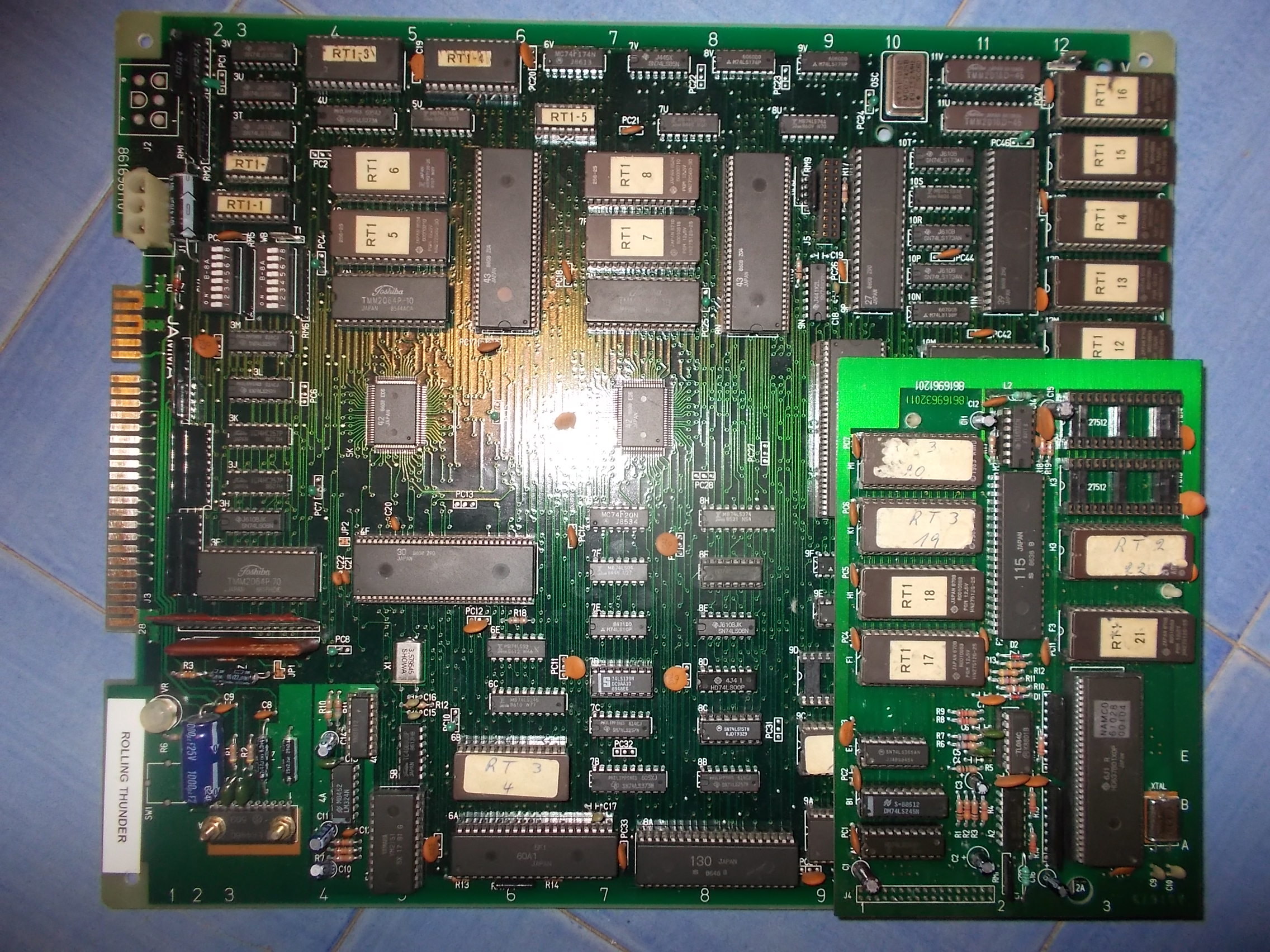 After ruled out all the custom ICs, few was left to test.The background sound noise very likely  suggested a problem in the digital sound circuit that on this hardware must be working for proper operation of the whole system.Probing this circuit with a logic comparator revealed nothing abnormal until I tested a 74LS257 @7C, I was warned about a problem on its output pin 12: 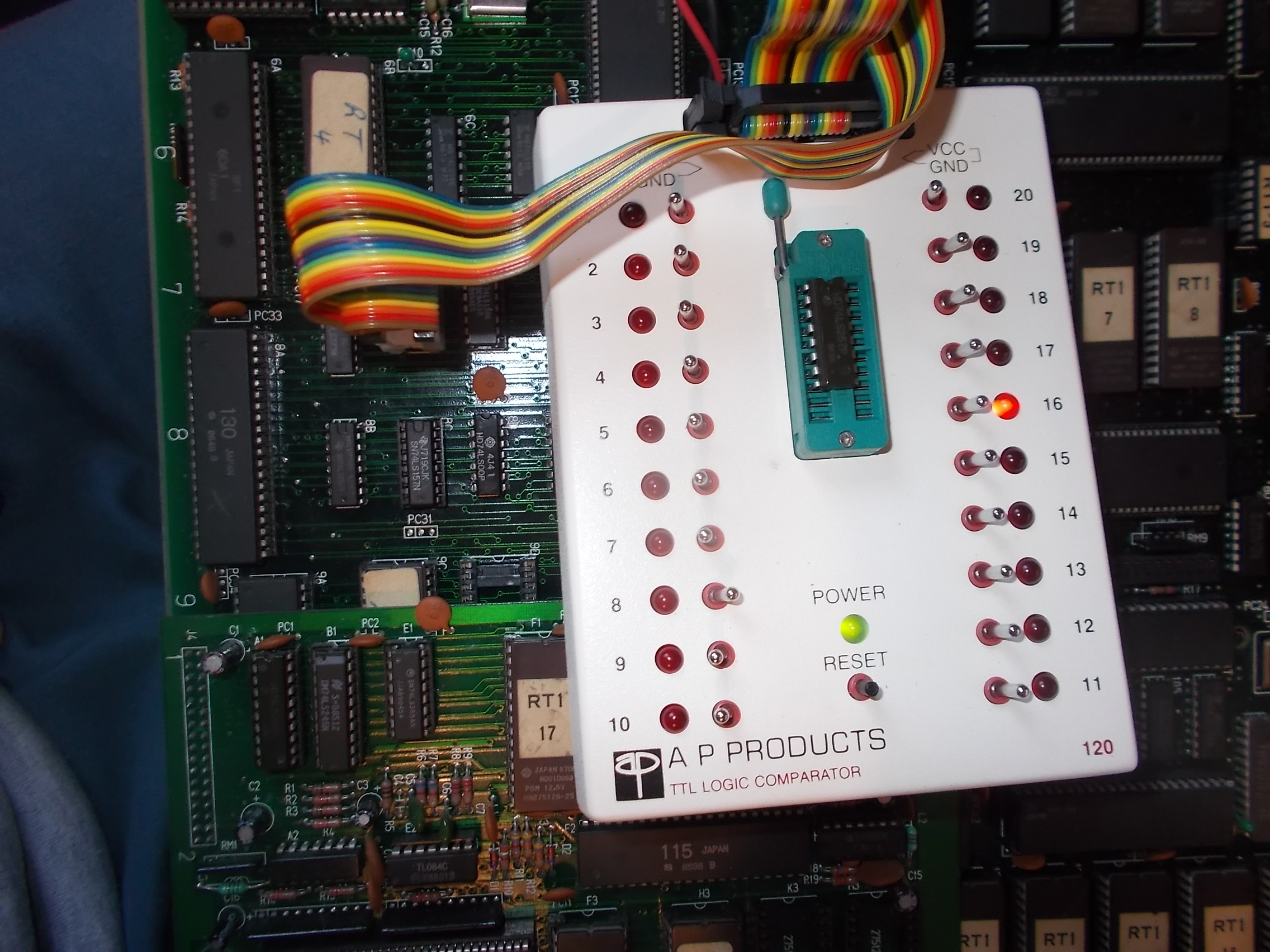 Also comparing with a scope this ouput with the one of the reference IC gave discrepancies, signal was not properly toggling (good on left of the below picture)

Sure enough I removed the TTL which failed the out-of-circuit exactly in pin 12:

After replaced the TTL the board successfully booted, no further issue were found so 100% fixed. 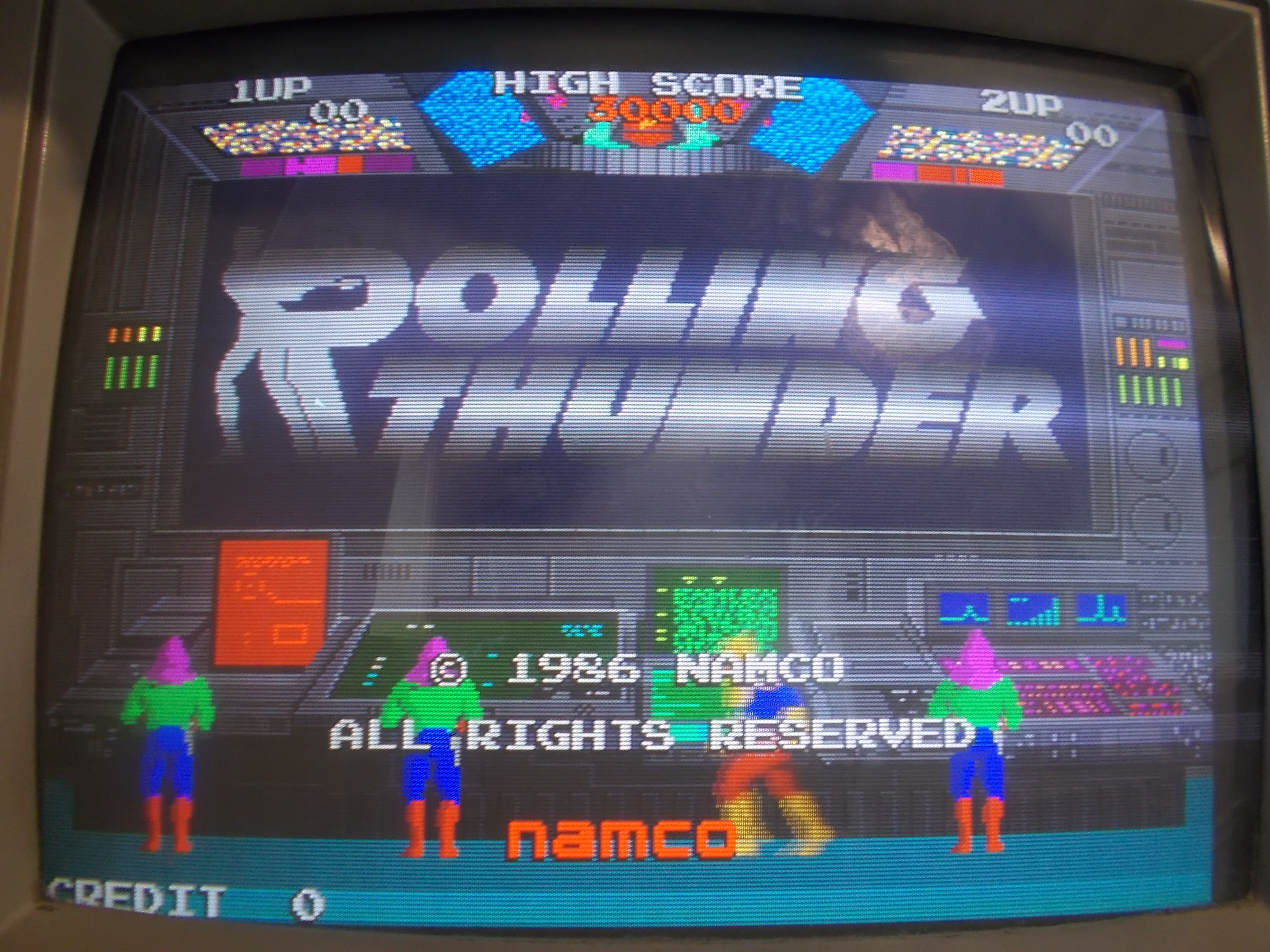