Got this original Namco Rolling Thunder from my friend Alexander for a repair : 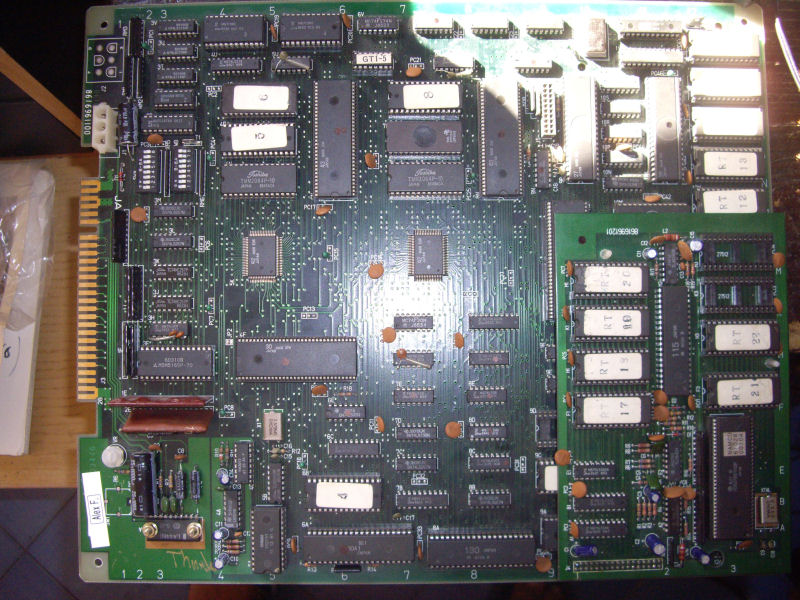 Board didn’t boot up but got stuck on this screen which repeated itself in a endless loop sign that the watchdog circuit was active : 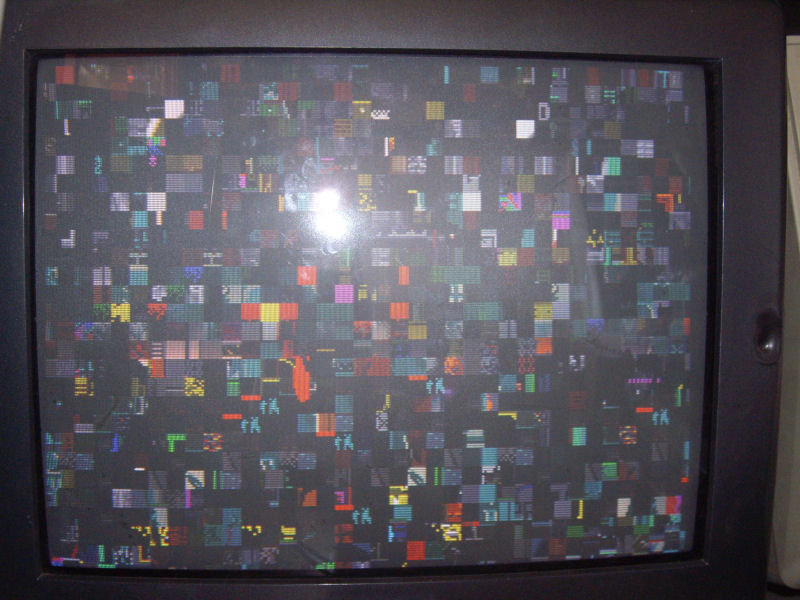 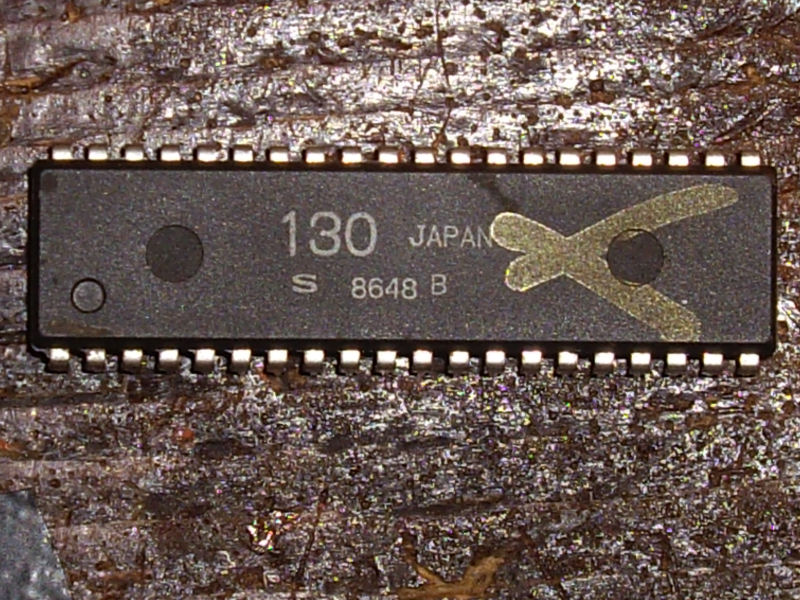 As I swapped in a know good one from a board of mine, game successfully booted but showed a strange graphical fault where the main character didn’t disappear when entering in a door: 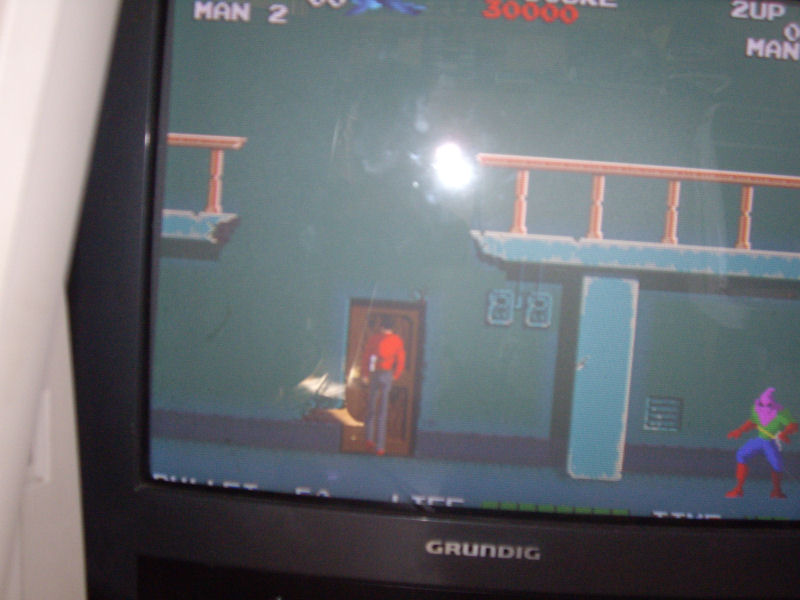 As usually I started my troubleshooting with a visual inspection and found a deep scratch on the solder side and after checking with a multimeter I could notice that involved trace was severed: 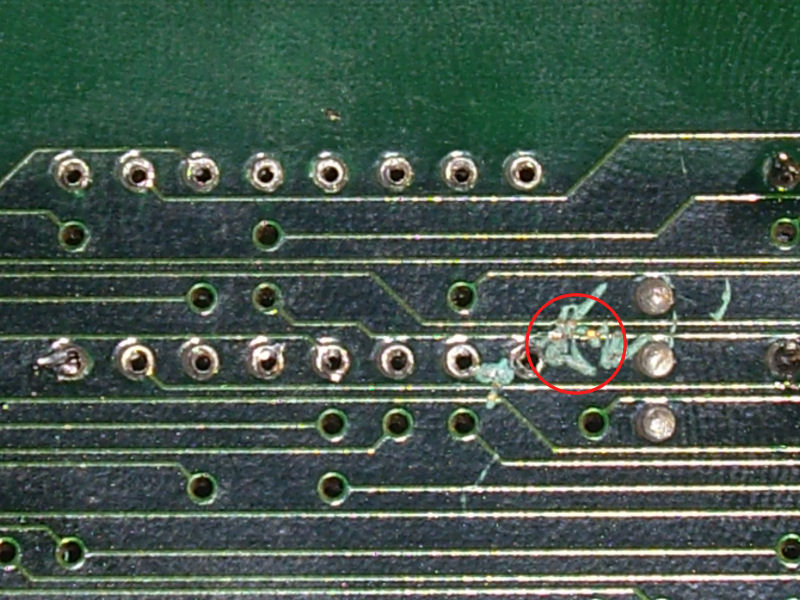 After consulting the schematics I was sure that the broken trace was indeed in the sprites circuitry : 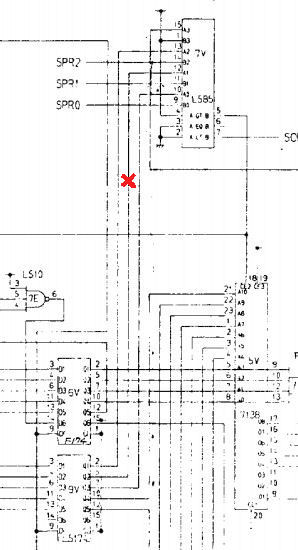