My friend Joachim sent me this Mega Play system for a repair: 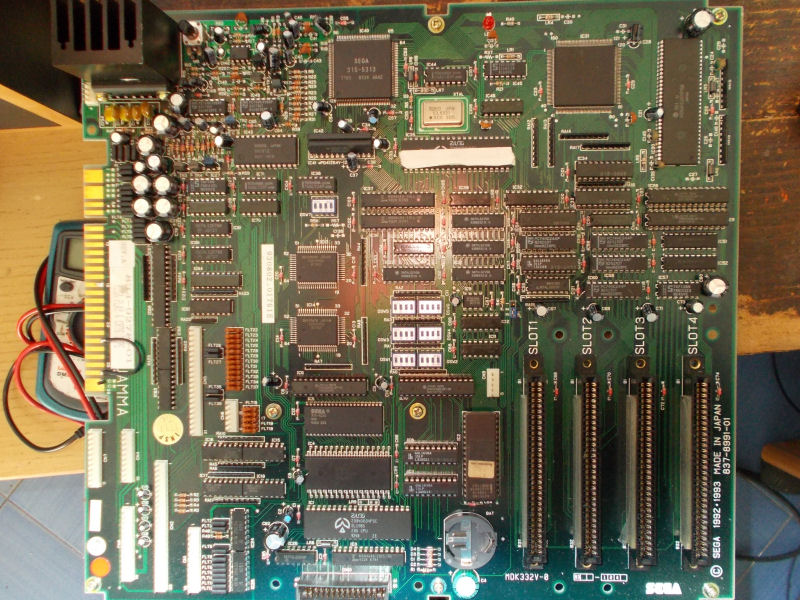 The Mega Play is the name of a JAMMA-based arcade boardwith the ability to run Sega Mega Drive games. It was the second attempt by Sega to bring the home console to the arcades, following the Mega-Tech arcade system.Games come in form of cartridges: 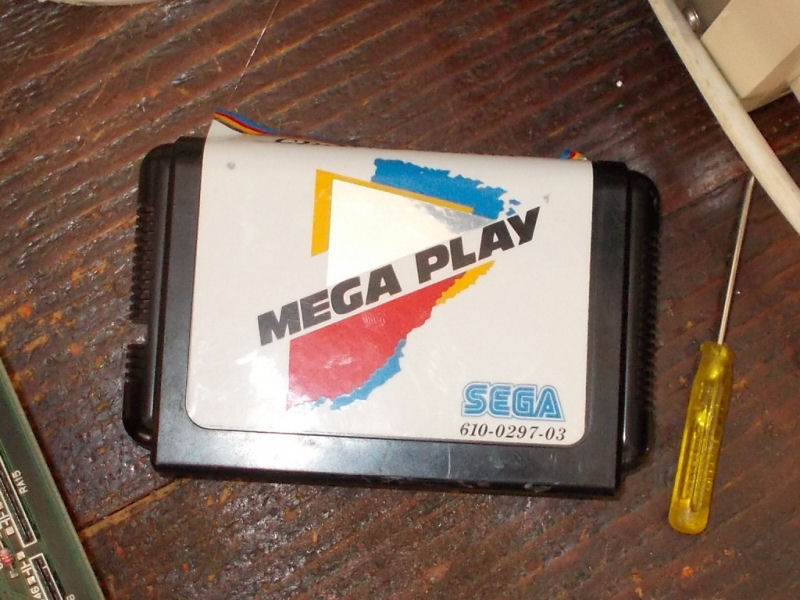 At power up the system booted but got stuck on the welcoming screen not loading cart in whatever slot was inserted: 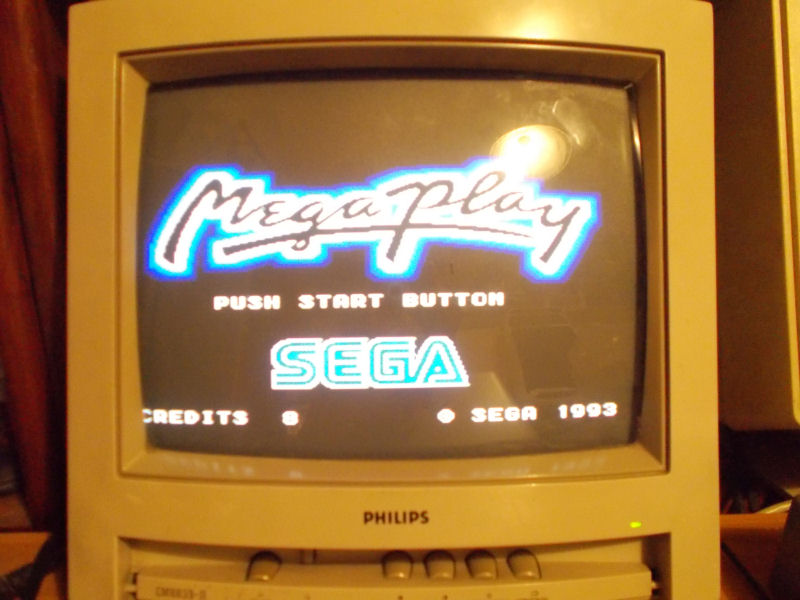 As I said, this system operates on the same core components that the Sega Genesis uses (plus some additional hardware, such as an additional Z80 and Master System VDP for driving an optional second monitor that displays a list of games installed).In particular there are two VDP  (Video Display Processor) custom chips marked ‘315-5433’ and ‘315-5313’.When I went to inspect them, I found some lifted pins on the latter : 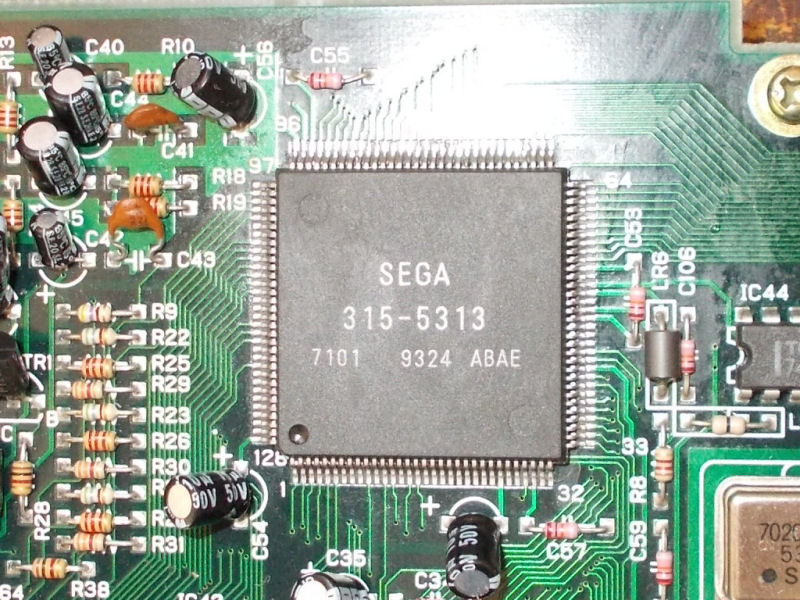 In particular lifted pins were some from 55 to 70 which are directly connected to the 68000 main CPU data bus :

I reflowed these pin and this was enough to fix the board: