Some days ago a friend of mine sent me some faulty boards to be repaired.Among them there was a couple of Sega System18 motherboards which, according to him, were working fine except for audio issues.You may think these kind of faults are easy to fix but instead most of times they requires accurate and long troubleshooting since audio circuitry is made of a digital and analog part (the latter has a lot of passive components like diodes, resistors, capacitors, OP-AMPs and so on)

So I started my analysis with these optimistic assumptions.

The first motherboard (which, actually,  belonged to a Laser Ghost boardset) came without CPU and ROM board : 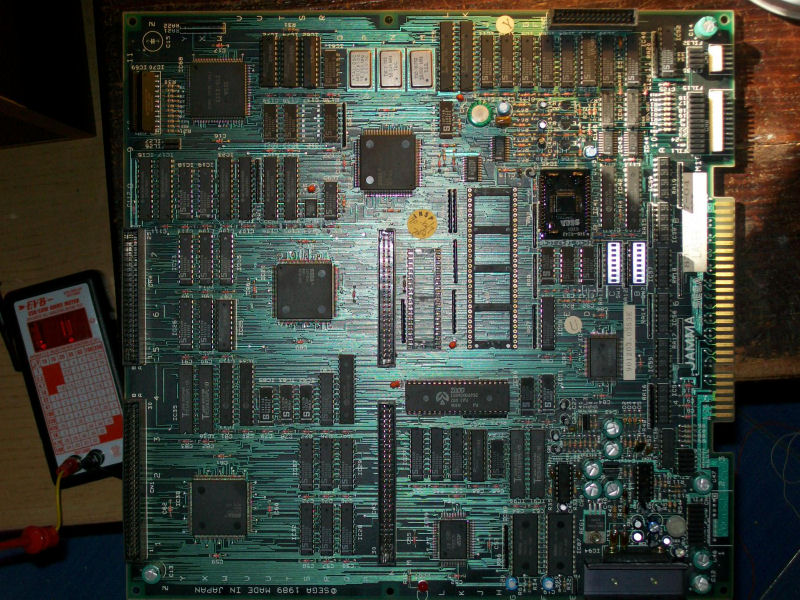 so I used the ones from a my Shadow Dancer boardset.When I power it up I could hear sound but it was disorted and missing some PCM samples.First thing I replaced both TL084 OP-AMPs and this improved  a little the quality of sound but not still perfect and sample were always missing.These ones are played by the ‘RF5C68A’ PCM chip manifactured by Ricoh:

Connecting its analog outputs to an external amplifier I could hear all the missing samples but then they were lost somewhere since they didn’t come to the OP-AMP inputs.So, time to investigate deeper.With my ESR meter I started to check capacitors in the analog section and I found  some electrolytic ones (three 100uF 16V @C32-C36-C44  and one 220uF 16V @C35, all of same manifacturer) with very high ESR:

Once replaced them sound was clear and all PCM samples present again.

Let’s pass to the second boardset which came complete with its Desert Breaker ROM board : 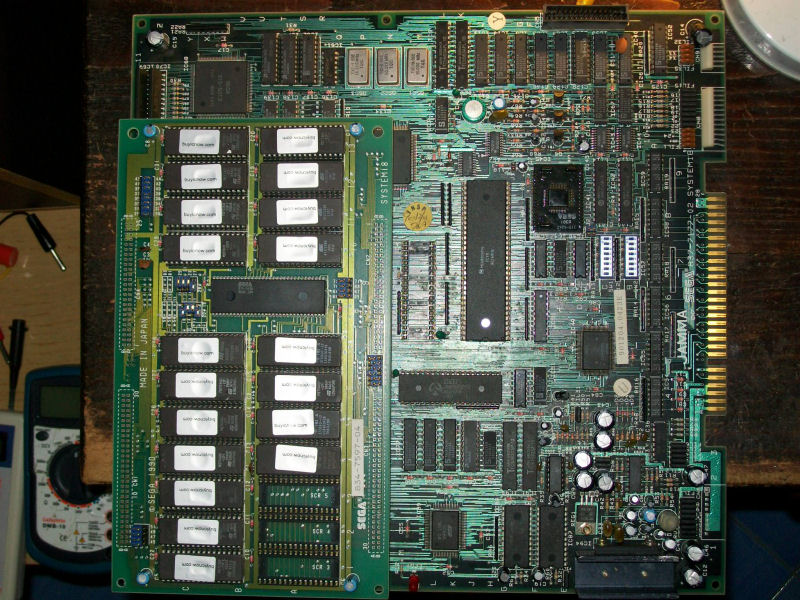 In this case music + sound FXs were all present but very noisy.For first I checked the two TL084 OP-AMPs (actually two NEC uPC804C ) with my oscilloscope and all outputs were fine except for a couple  of both operational @IC92 and IC93 which showed clear disturbs (measured in AC) compared with respective good inputs:

Replacing them both with equivalent parts fixed all the sound issues.