Maybe many of you will recognize this IC and throw up hands in horror: 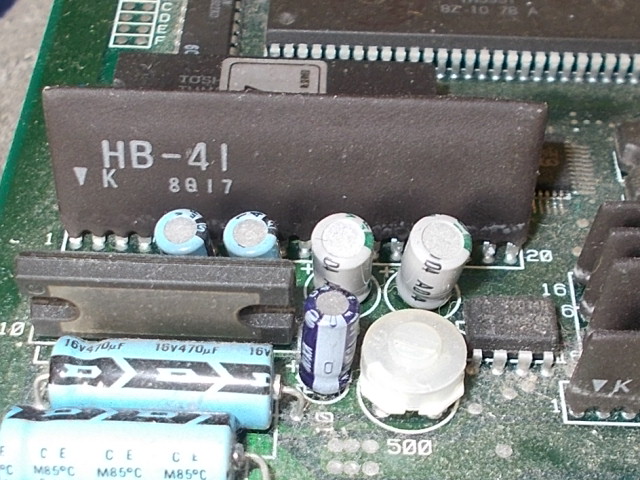 This is the ‘infamous’ ‘HB-41’ used on several arcade PCBs (from Seibu/TAD Corporation but not only) :

This analog component (20 pin SIL package) is used in sound circuit to mix background music and sound FXs as well as it acts as filter of both.From my experience (maybe also others can confirm it) it’s a prone to failure part.Let’s take a look at what is inside it:

As you can see from above scan the custom is built around two ICs :  a dual operational amplifier and a quad operational amplifier.All the rest are resistors (also printed film ones, the black squares), ceramic and tantalum capacitors.In order to reproduce it, after removed the epoxy, I pulled all the parts and metered them then I drawn schematics  which then I routed  ending up in a 5.3 x 1.8cm PCB: 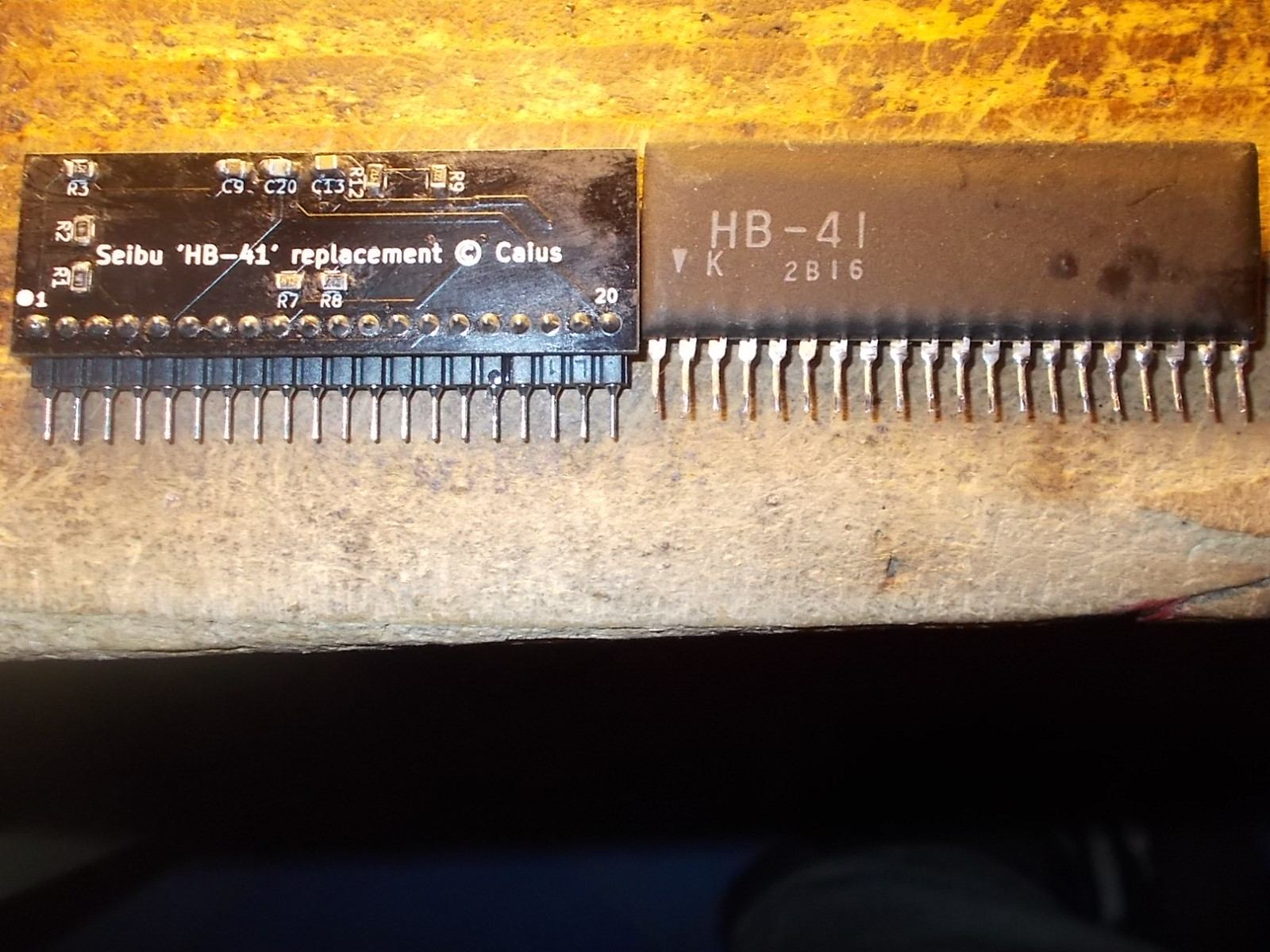 Here is how it looks assembled:

I used an LM358 and LM324 for my testing which maybe are not the best solution since the original OP-AMPs have both high gain bandwith (10MHz) but the replacement works well on all PCBs I tested so far.Here is testing on a Cabal, Blood Bros and Toki PCBs:

See you all to next reproduction project!