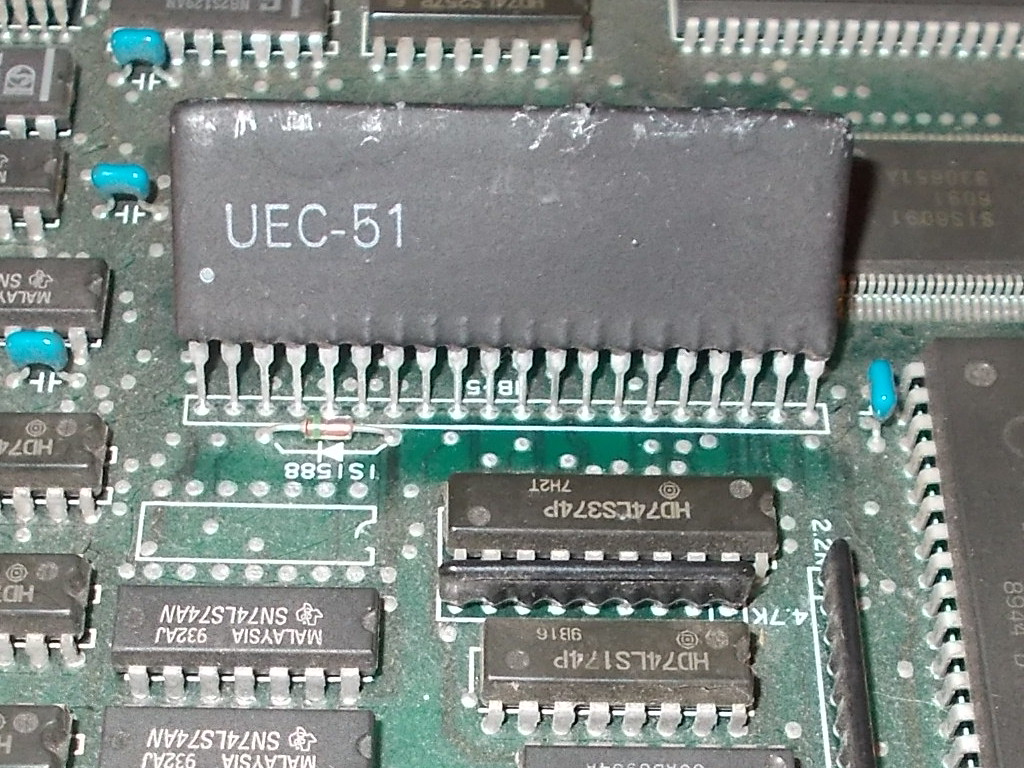 Both are RGB DAC in SIL package used on some Seibu/TAD Corporation PCBs.But, pin number apart (20 for the UEC-51, 22 for the UEC-52) they have different design.This reproduction project started while I was repairing a Toki PCB which had some video issue that I pinpointed in this custom  (althouhg later I found the issue was due another fault).As said, the ‘UEC-51’ acts as digital-to-analog converter of the color palette data (12 bit in total so four for each color) but, compared to the other DACs (like the Taito ‘TC0070RGB’), data are not latched but buffered.Obviously also here three R2R (resitor ladder) circuits are used in final stage to perform the analog conversion.As always in my projects, for first I figured out parts and design adopted, in this case I didn’t remove all the coating but simply exposed pins of the two ICs: 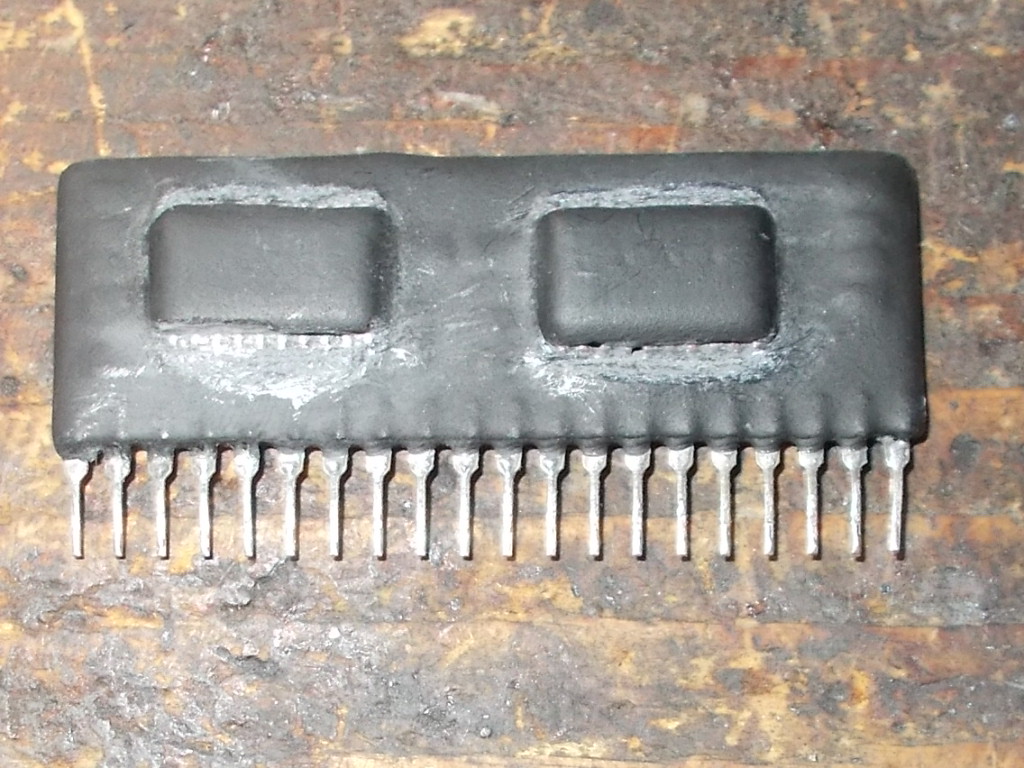 Then I carried on my test on some protoyping breadboard: 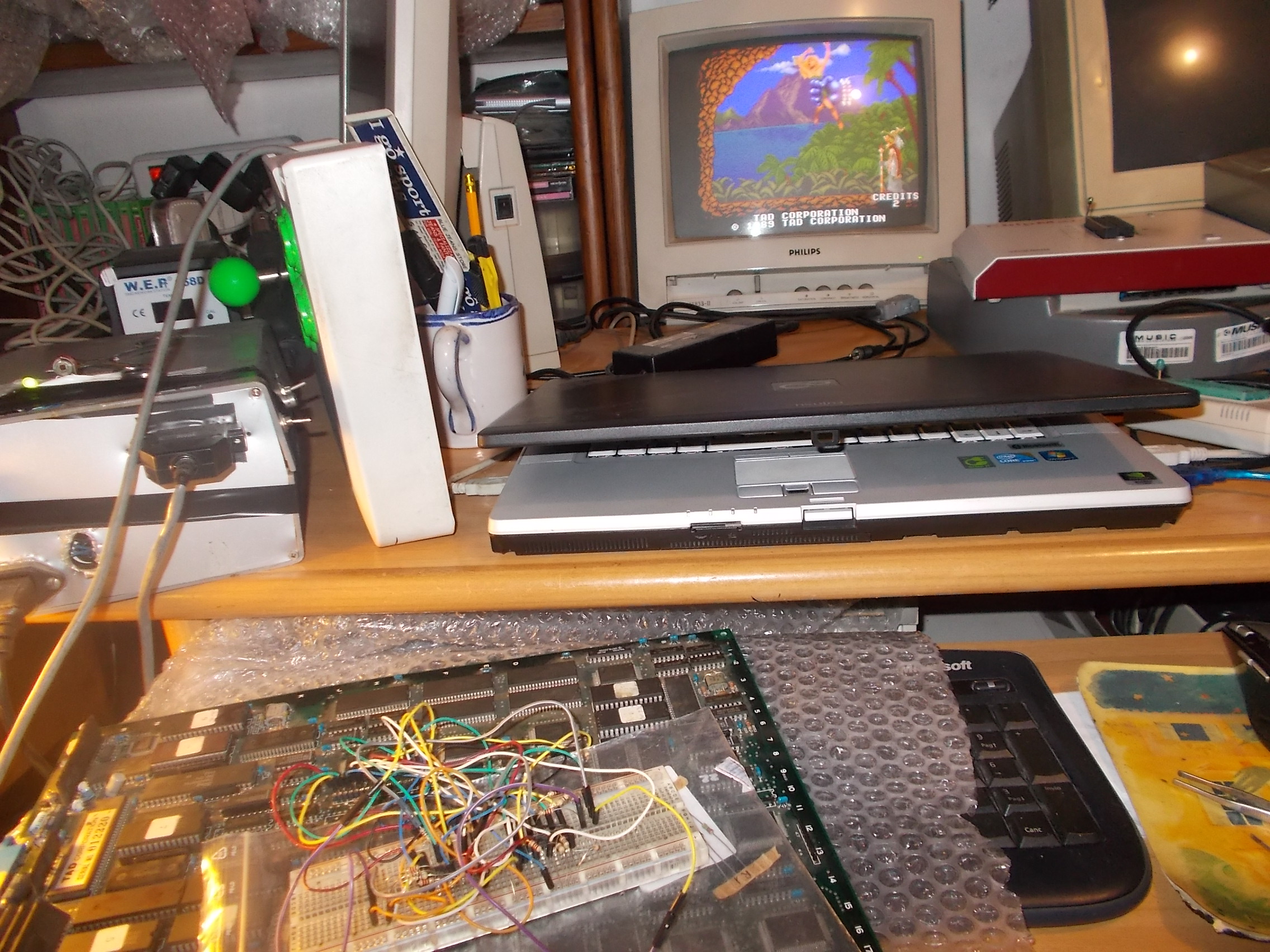 Test was successful so I drawn schematics and route them to a PCB layout trying to keep same dimensions of original part.This is the final result of a populated PCB (note the use of CMOS logics on it)

Definitive testing of the repro was done on a Toki PCB: 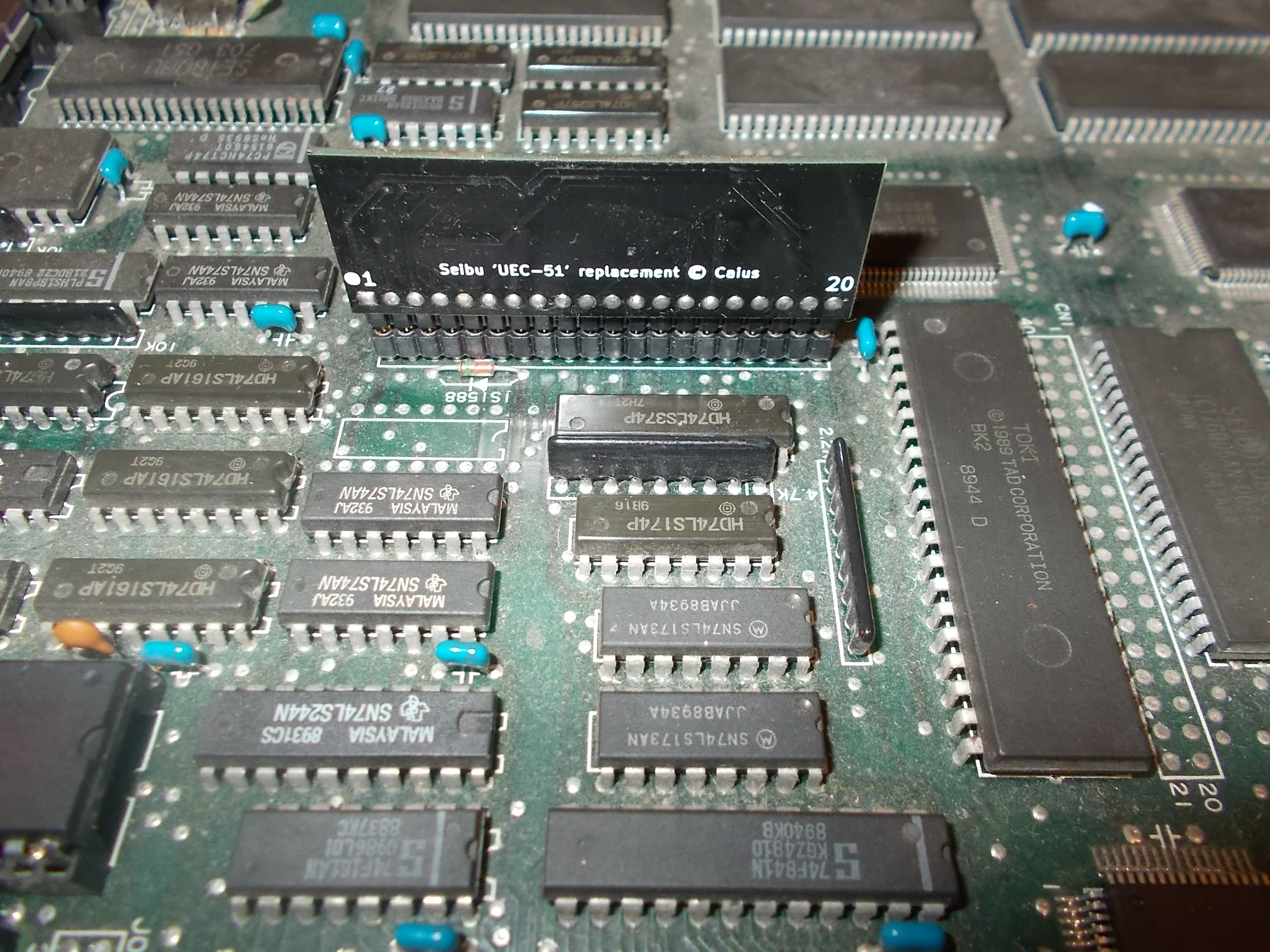 For reference, it seems the ‘UEC-51’ can be found on these PCBs :

See you all to my next reproduction project!