This project started when, during my repairs, I came across these two PCBs. 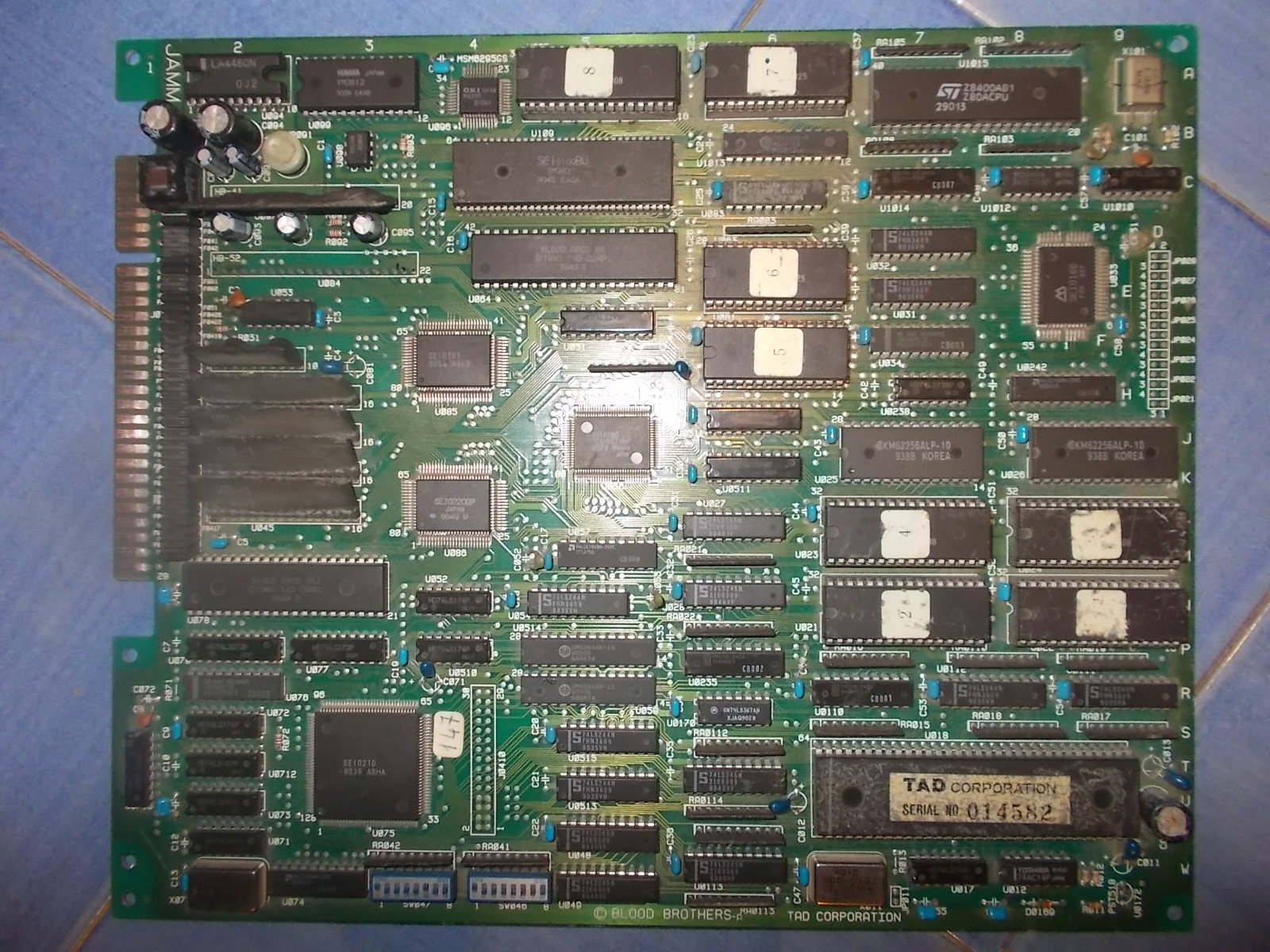 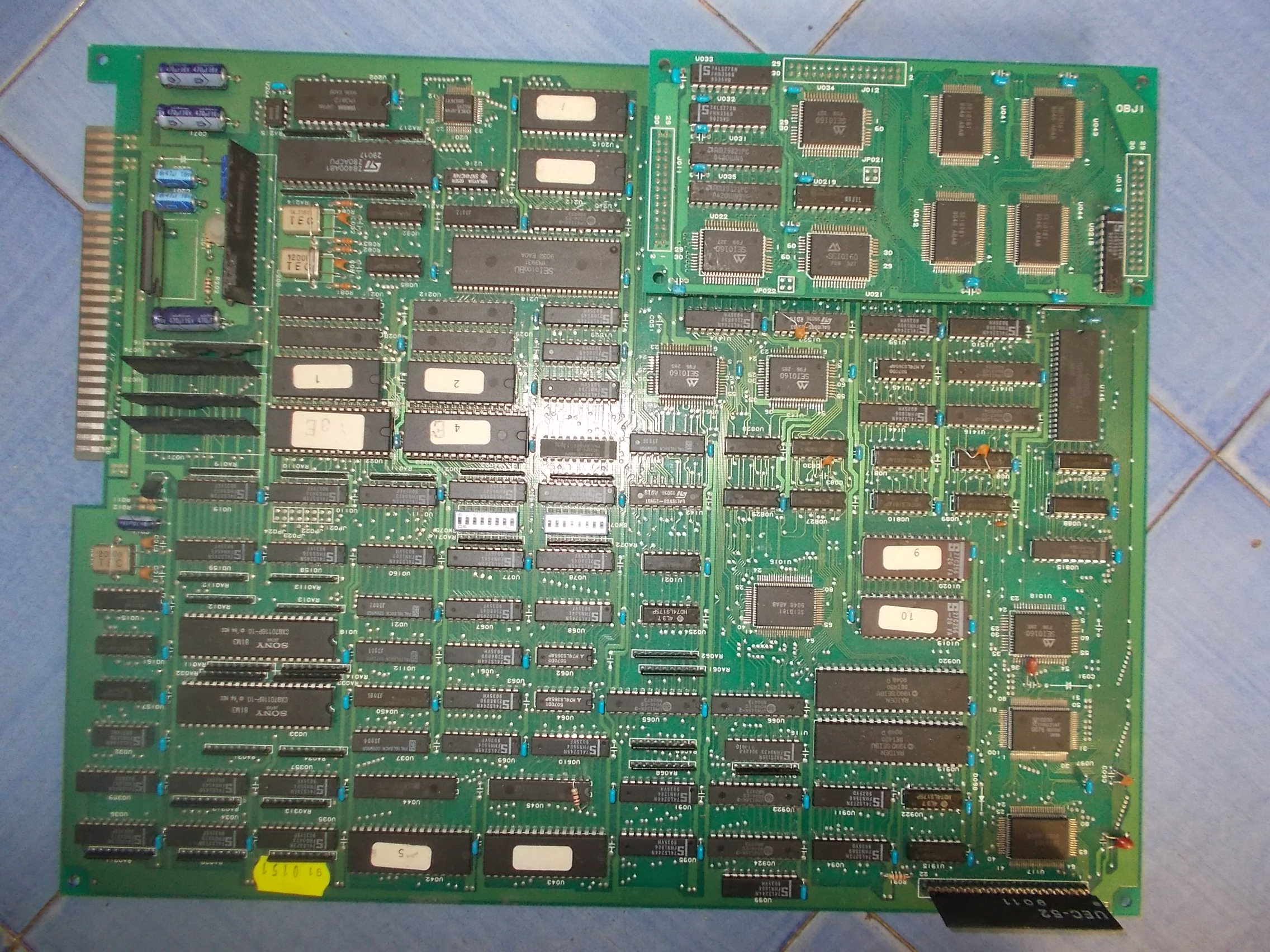 Both were faulty.Blood Bros played blind :

While Raiden lacked of the BLUE color: 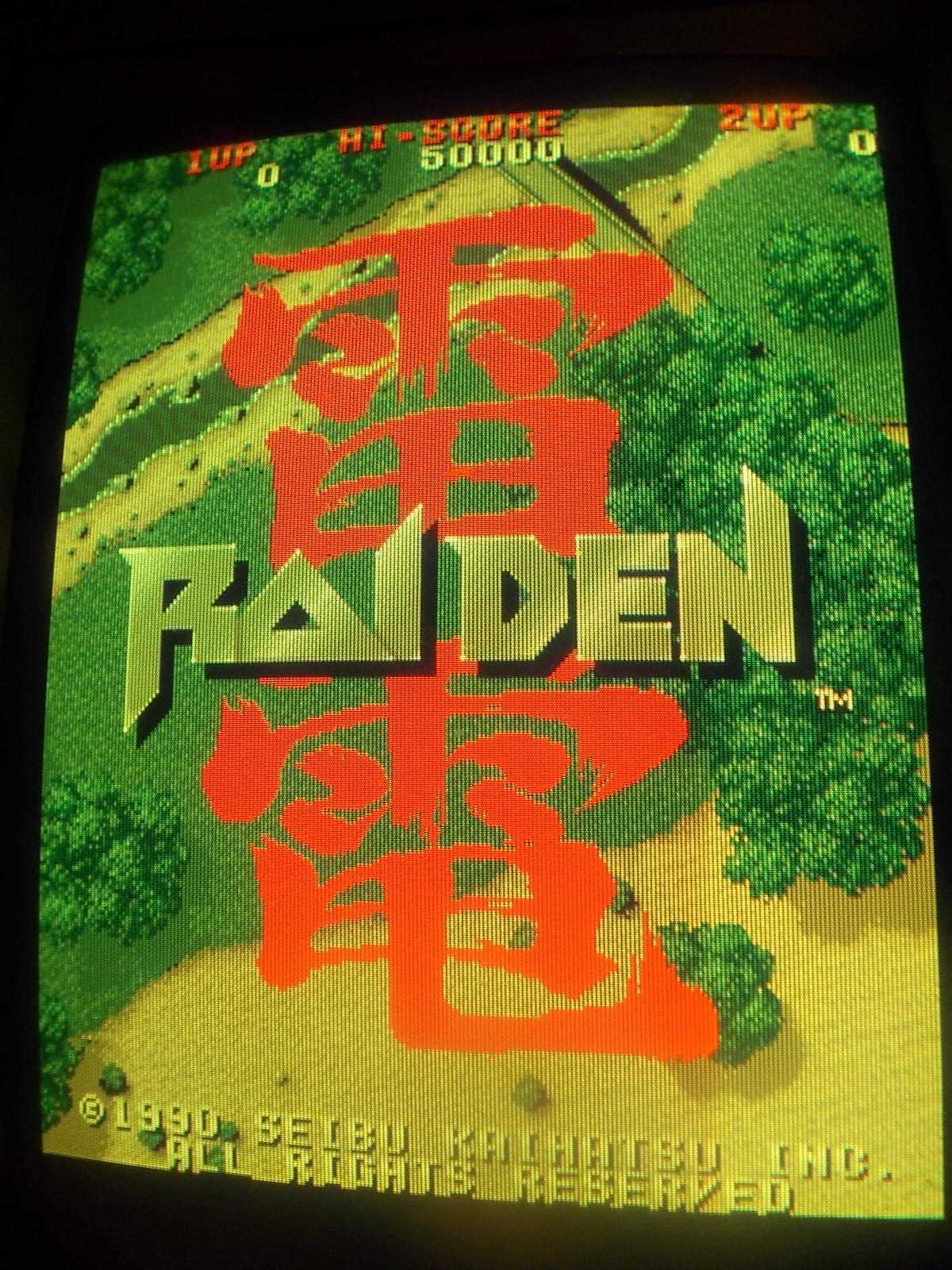 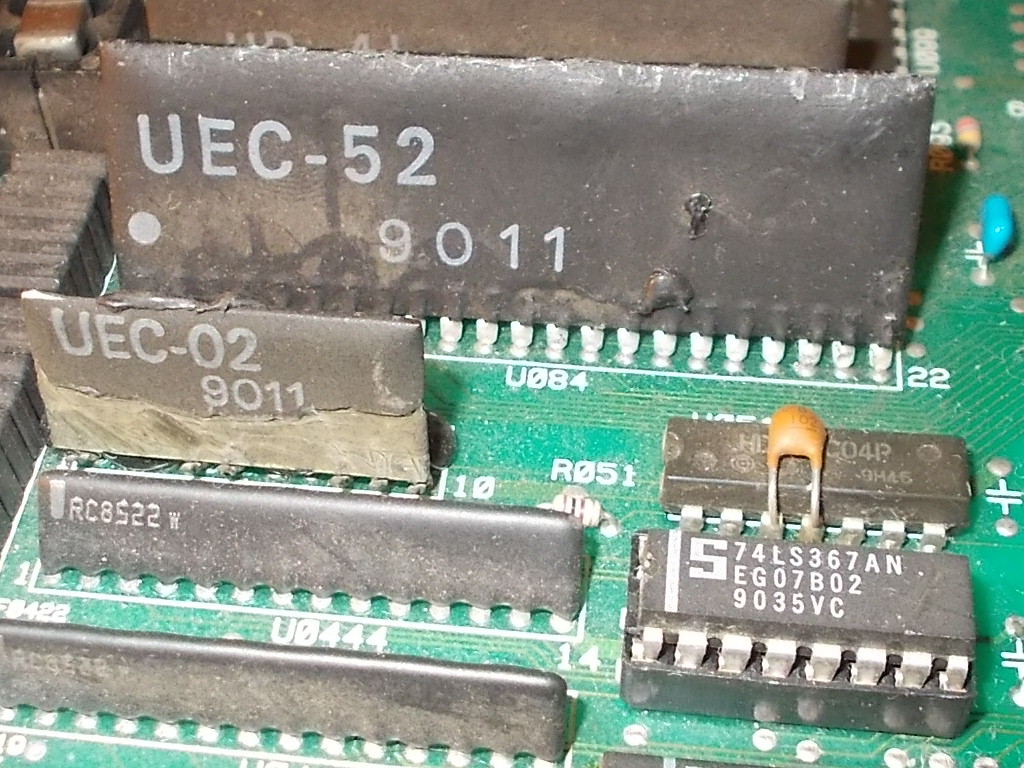 It was clearly faulty in Raiden and missing at all in Blood Bros: 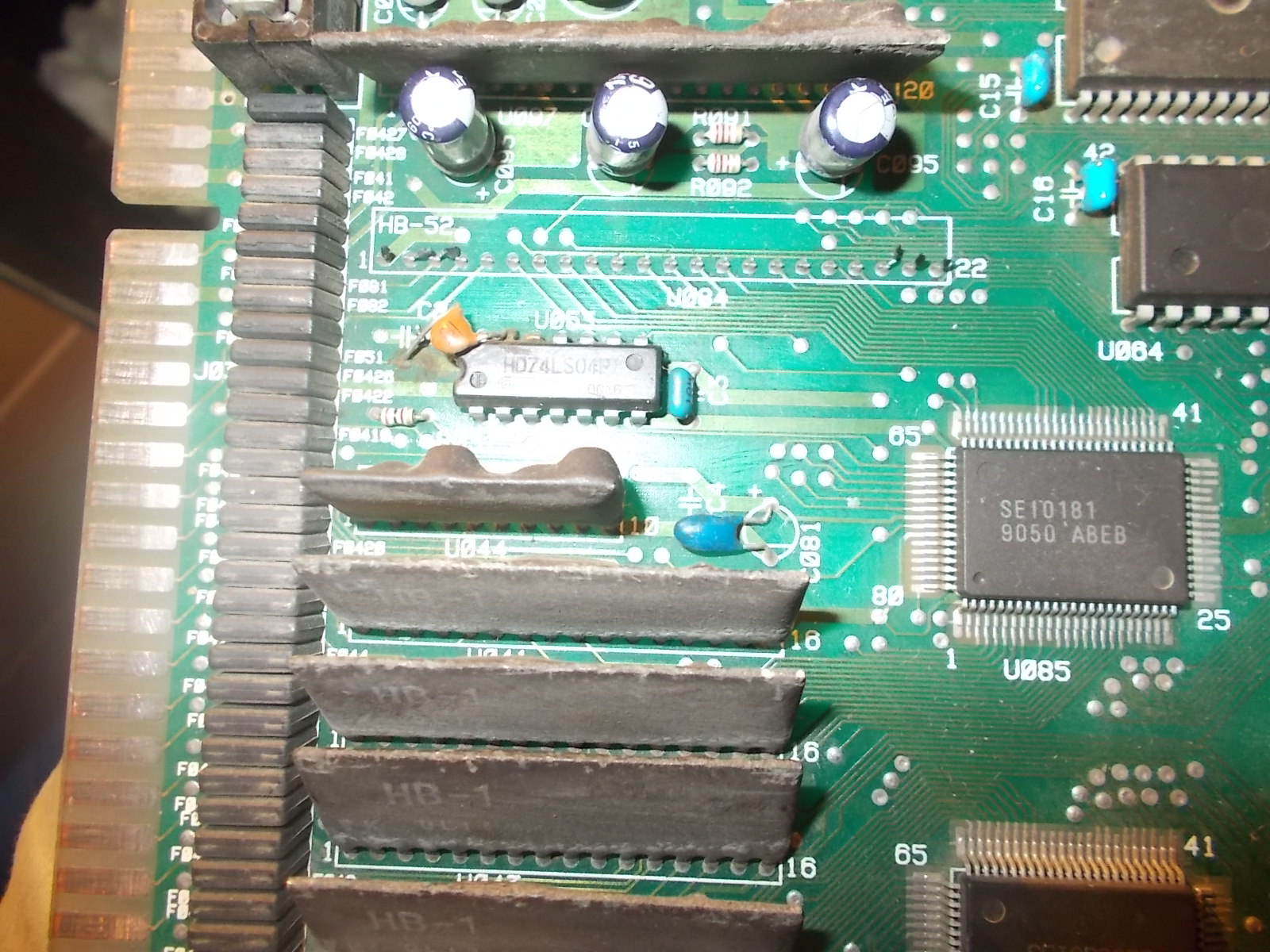 This custom in SIL package is an RGB DAC  responsible to convert the digital signals of color palette circuit into analog, it’s used on some Seibu/TAD Corporation PCBs like :

Some time ago I partially figured out the pinout and schematics/parts after removed some of the epoxy resin that encapsulate it : 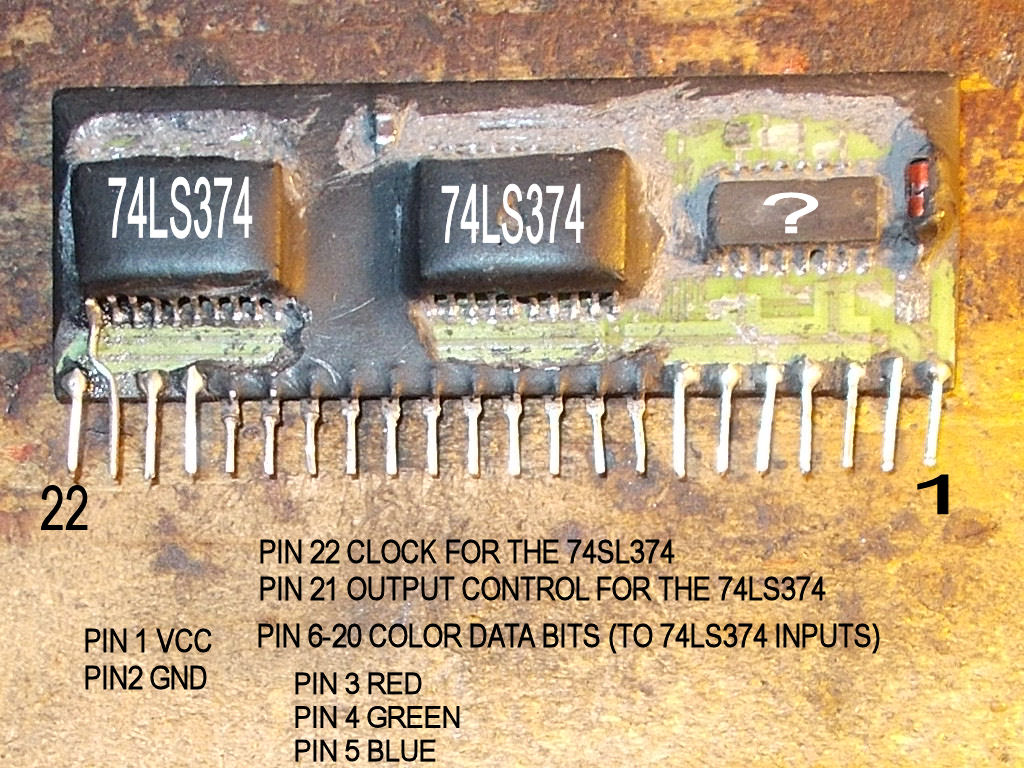 As you can see it’s a 15 bit DAC whose design resembles the Taito ‘TC0070RGB’ : two octal D-type flip-flops , some printed film resistors forming resistor ladders before the output to JAMMA RGB pins.But there was also a third IC that I could not identify.At first glance I thought about some kind of darlington array to amplify the signals so I made a post on EEVblog asking for some help:

The user ‘stj’ (thanks again to him) pointed me in right direction suggesting that the unknown IC could be a 74LS367 used for video blanking.So I removed the IC from a working custom and was able to identify it as a 74HC368: 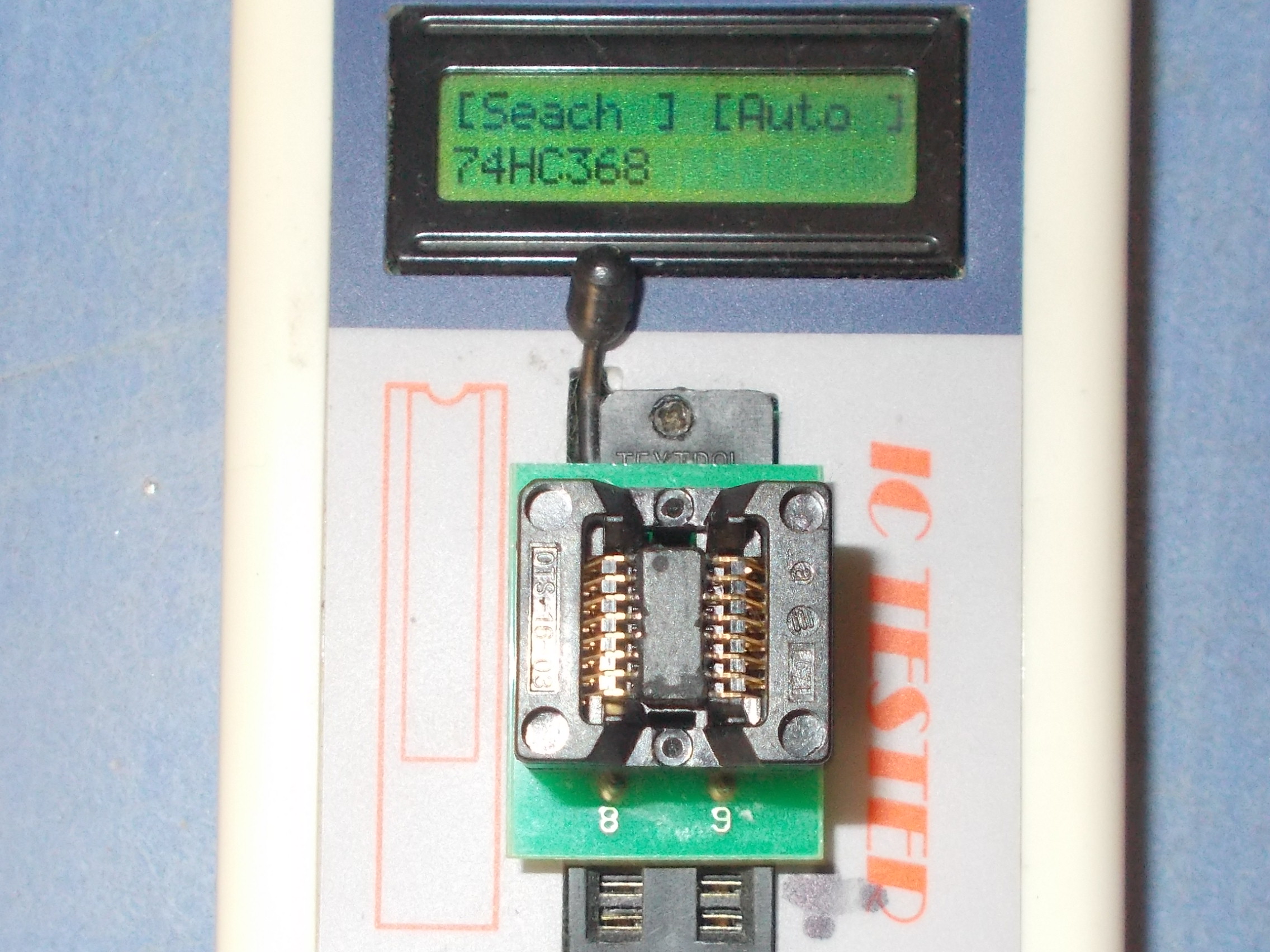 At this point I had all the info to complete my schematics in order to design a replacement, obviously I first made some prototyping on breadboard which went fine.Later I sent my project files to China for manufacturing and got the bare PCBs after some weeks:

Here is a side-by-side comparison: 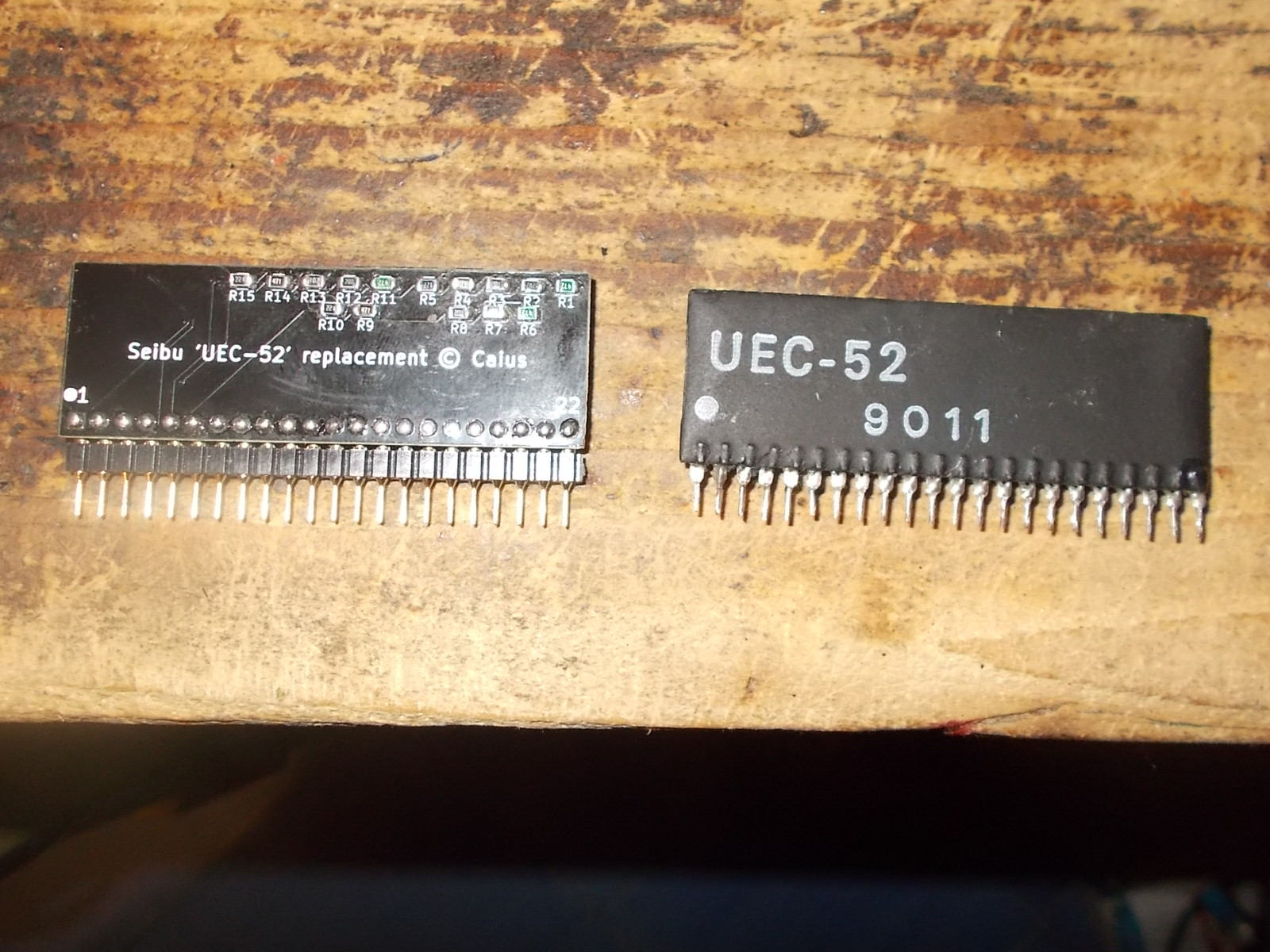 Testing was successful on both boards (excessive brightness of recordings is an issue of camera, video levels are exactly the same of original part)

See you to next reproduction project!