Received today this Silent Dragon PCB (a not so well known beat ’em up manufactured by Taito) that I bought as faulty : 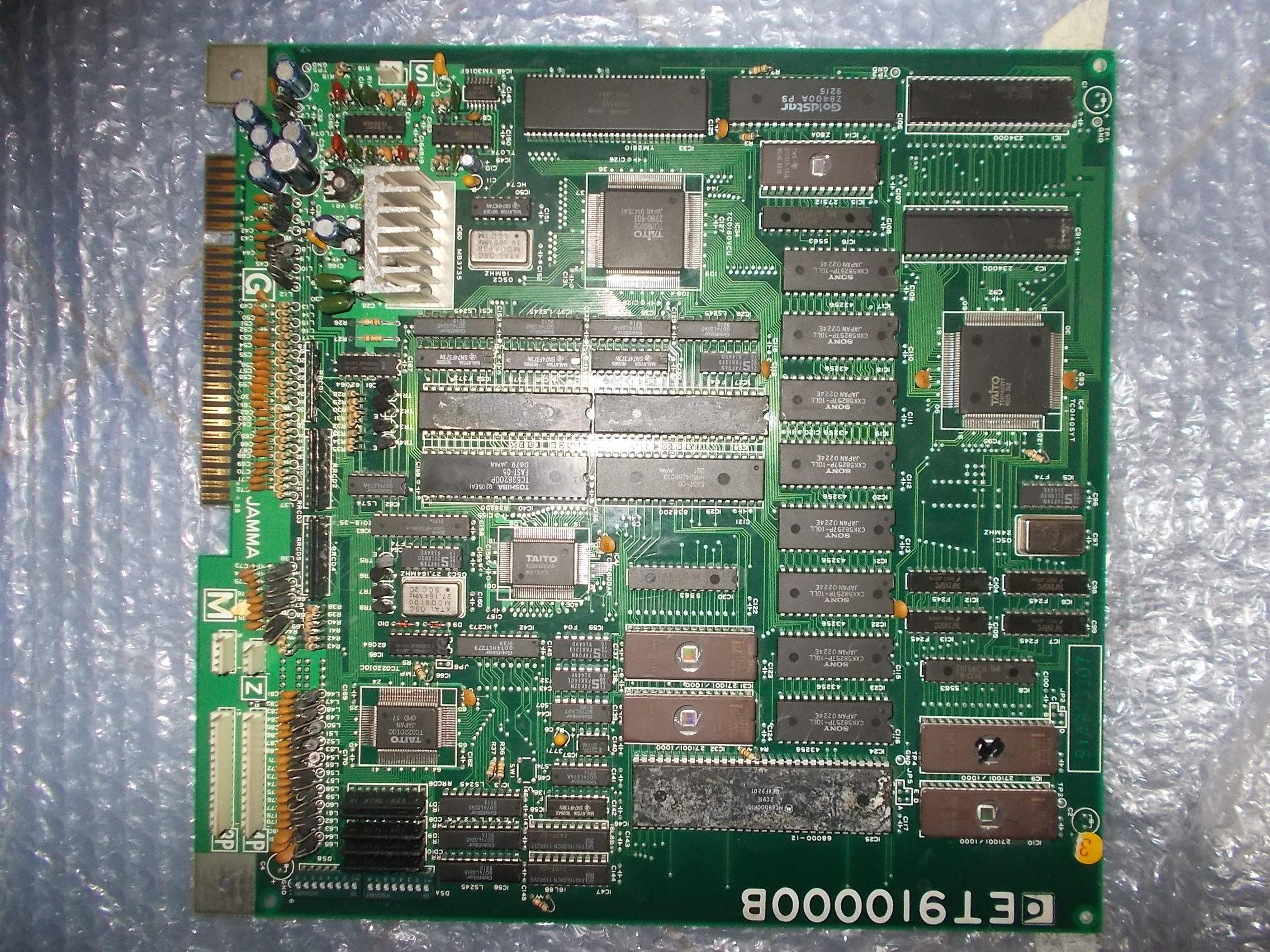 According to the seller board played fine but sound was absent.He was right:

Some one tried to replace invain the audio amplifier: 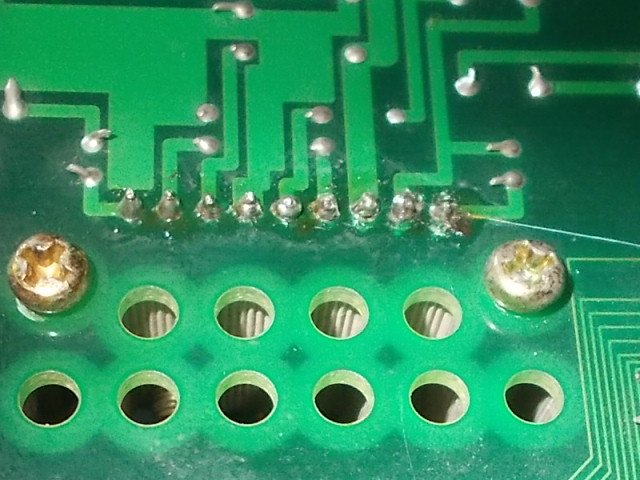 A quick check with my audio probe revealed the issue had a digital and not analog cause.So I went to probe the Z80 audio CPU and found its /INT line always asserted: 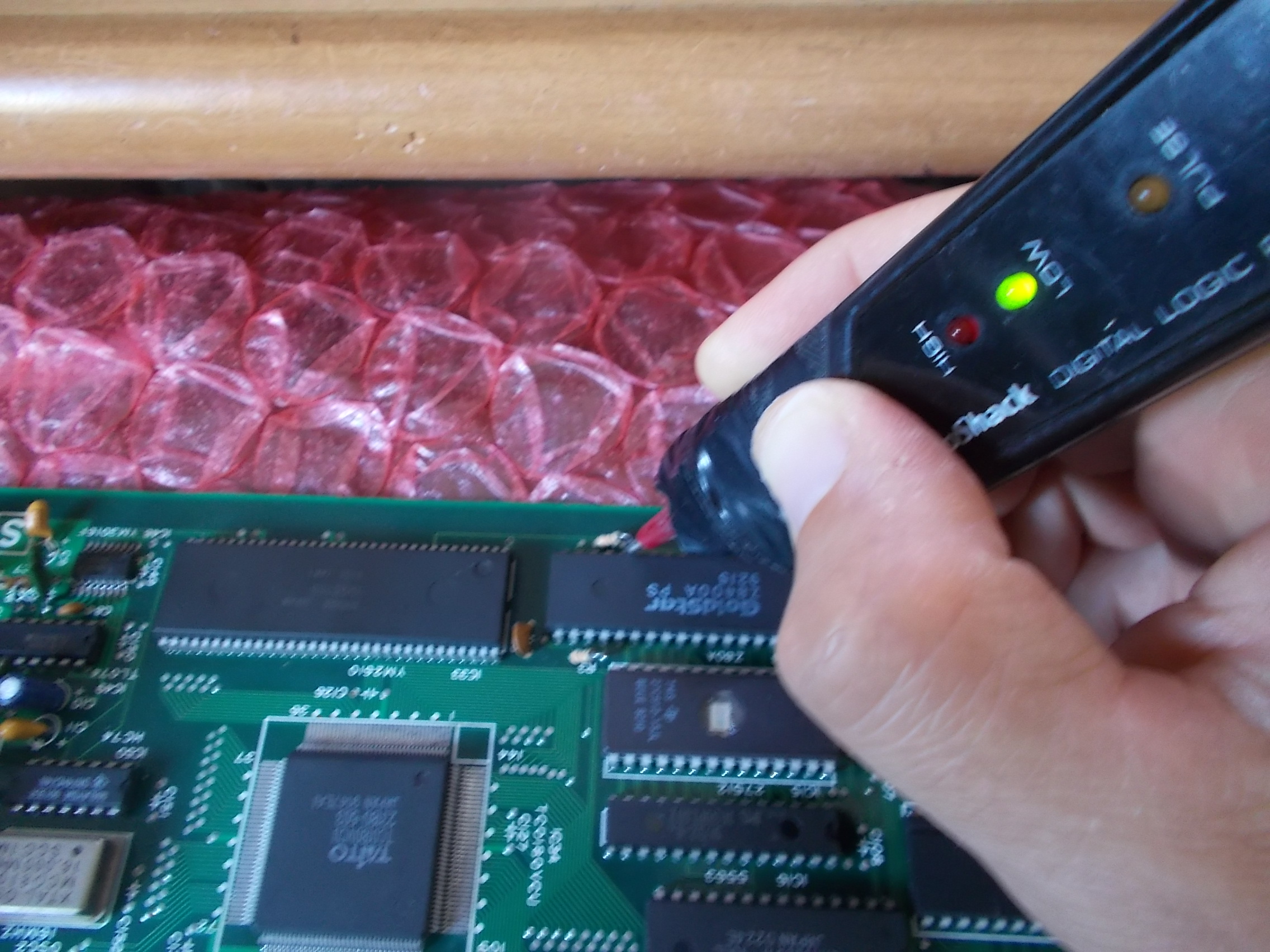 This means a maskable interrupt to the CPU was triggered by an external I/O device.This causes execution to jump to a specific interrupt vector (which is some code at a fixed location).Execution  can then continue after the interrupt vector routine has finished but in my case the /INT line was LOW all the time so the CPU was not properly running.

A further check  revealed pin 21 /RD and pin 22 /WR were shorted each other: 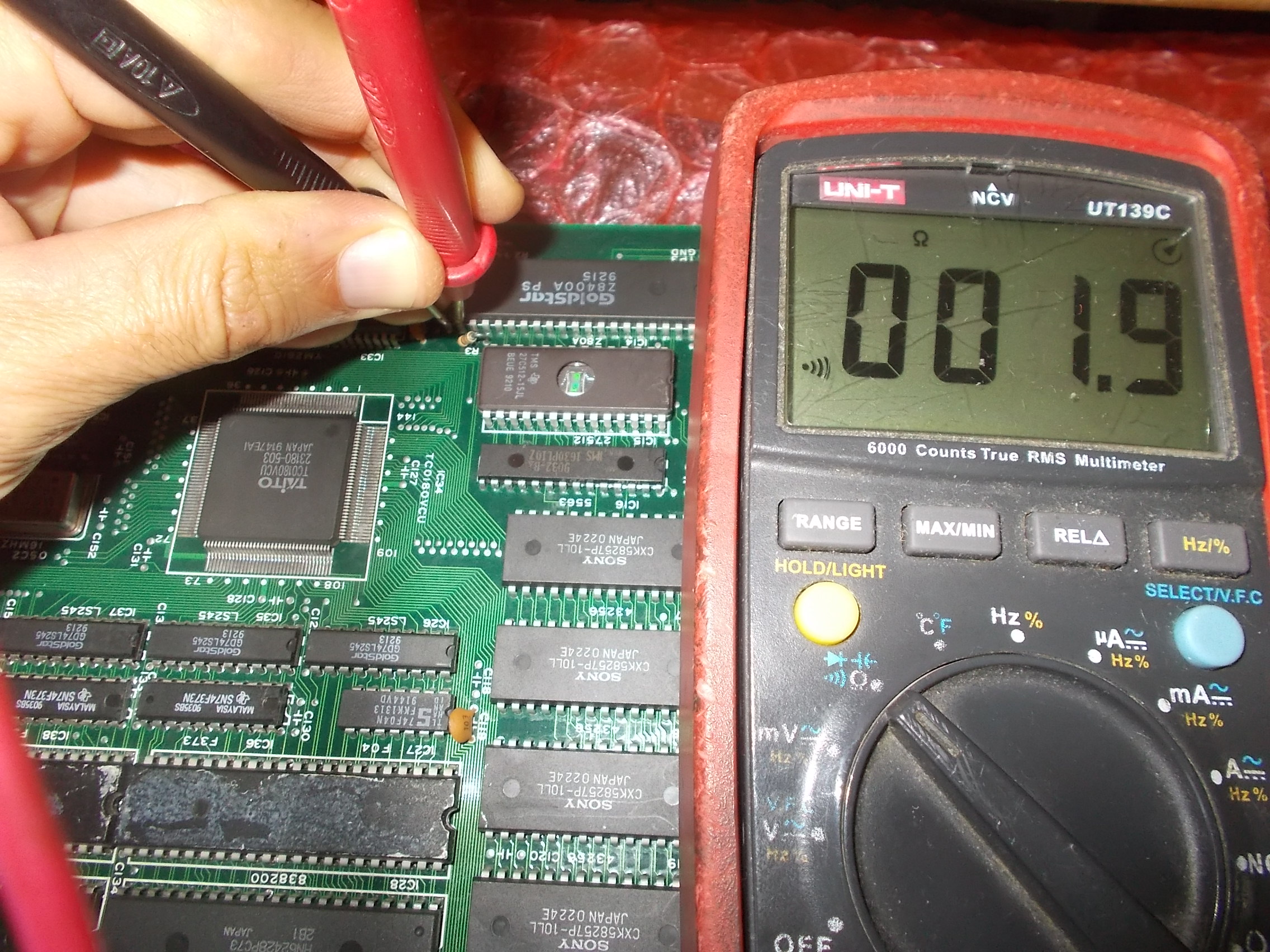 I turned the board over and did a visual inspection on solder side, my attention was caught by this particular: 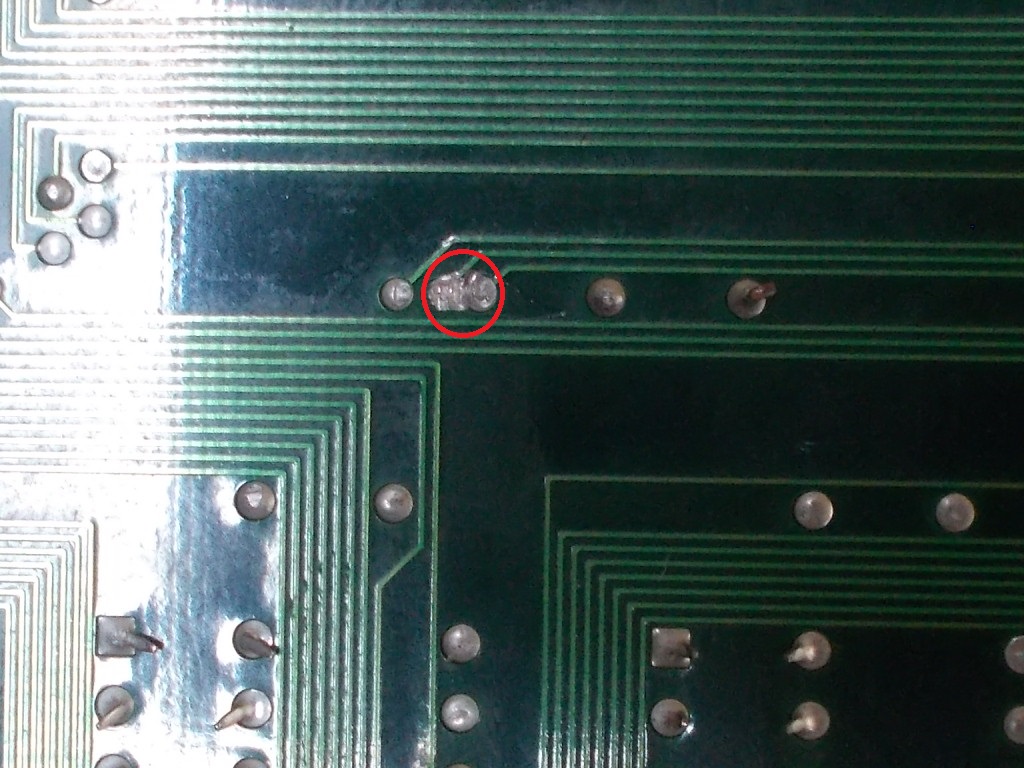 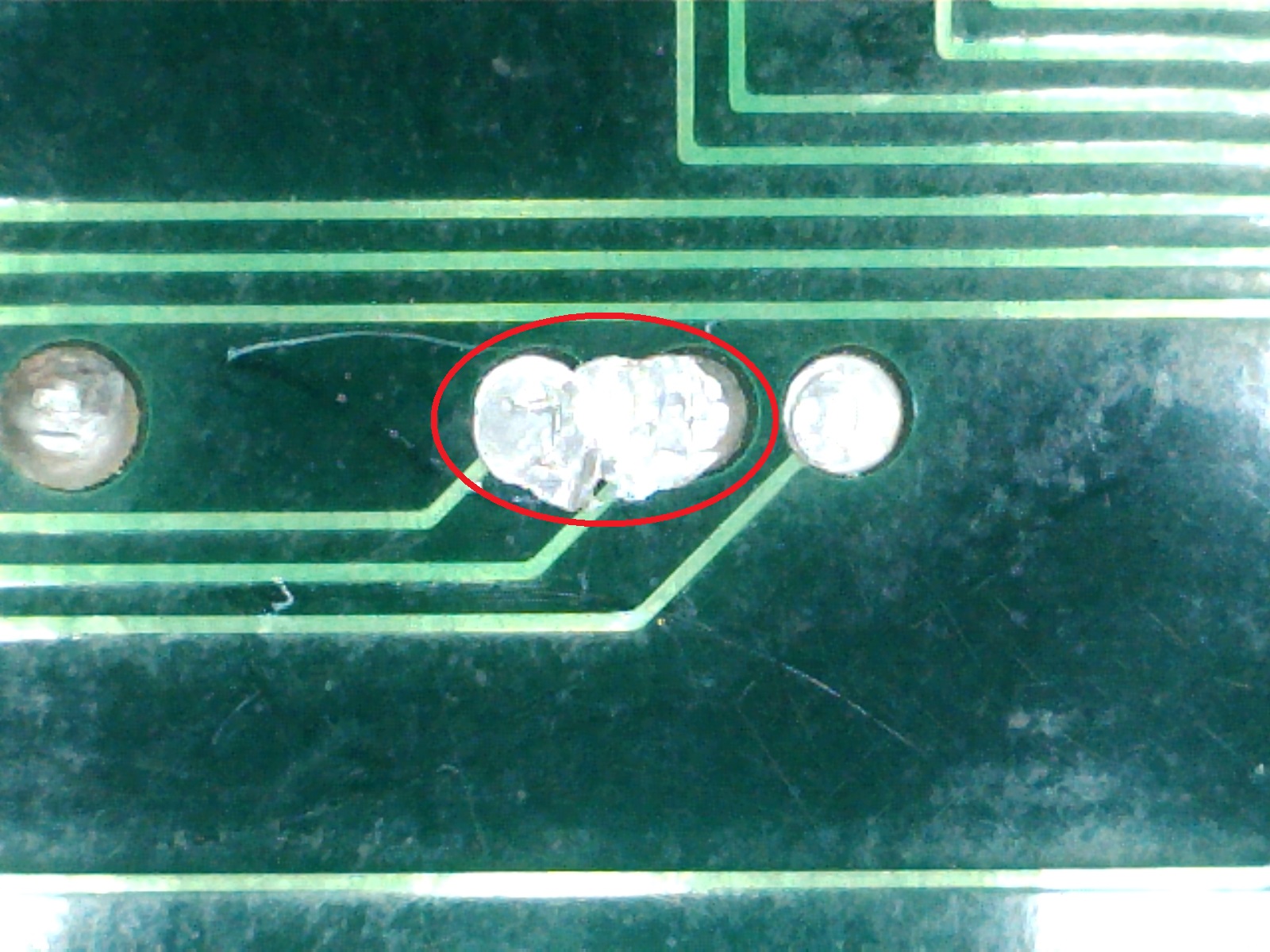 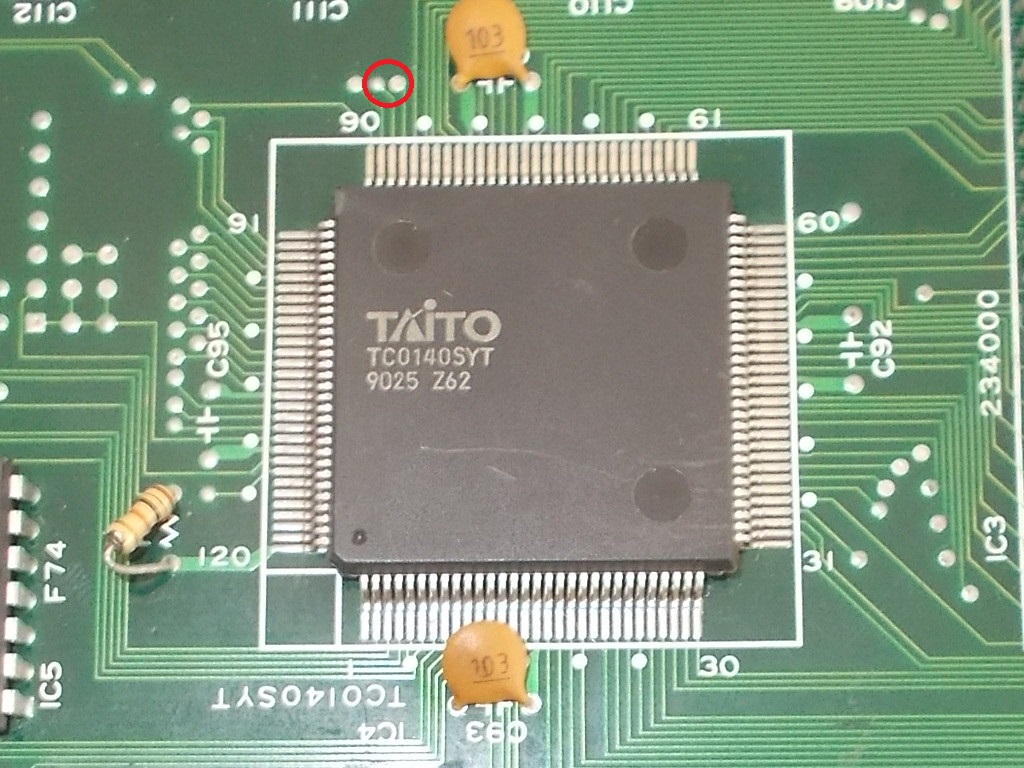 I removed the bridge with my iron tip and sound was back.Job done