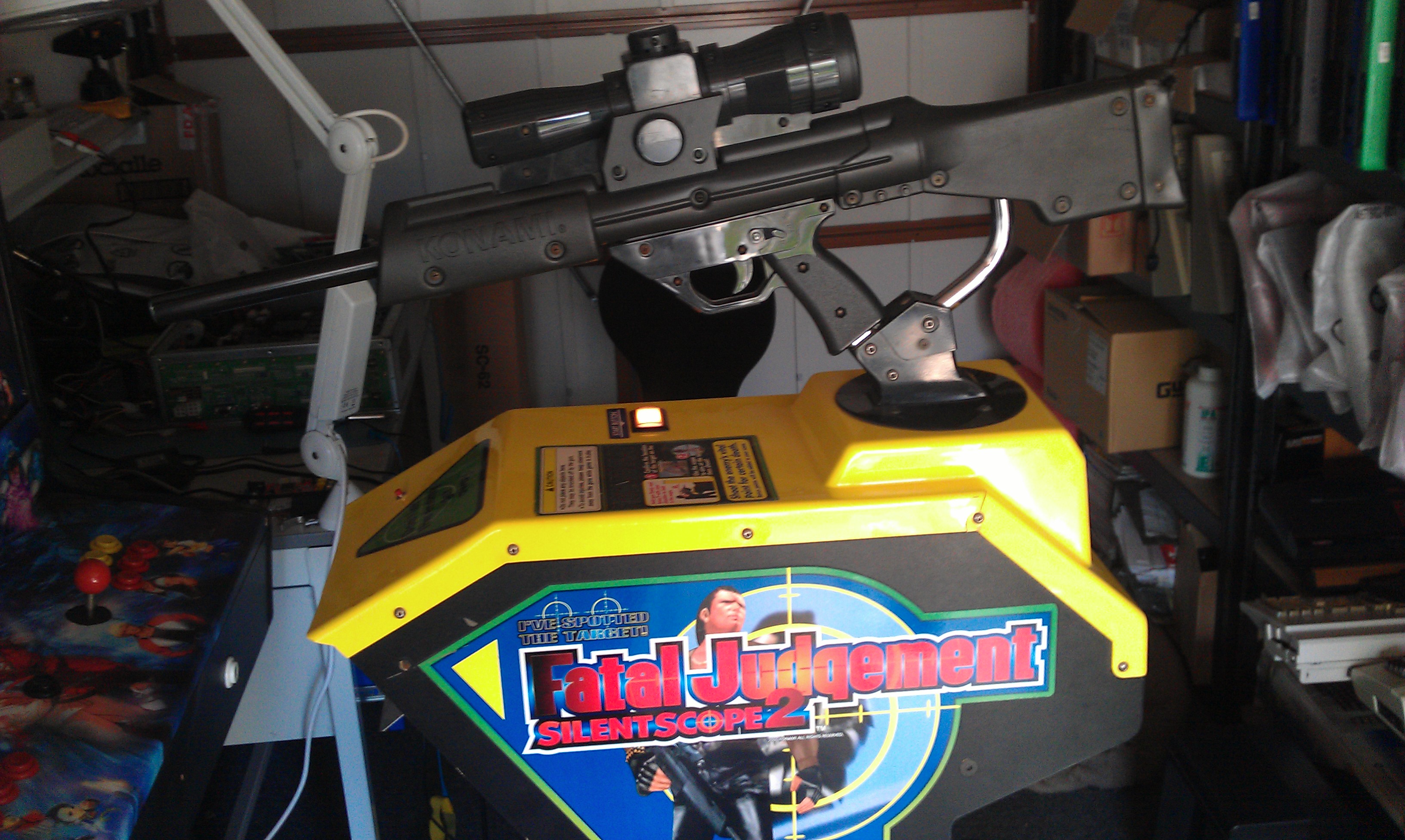 Silent Scope 1 had already had its NVRAM replaced and was working. 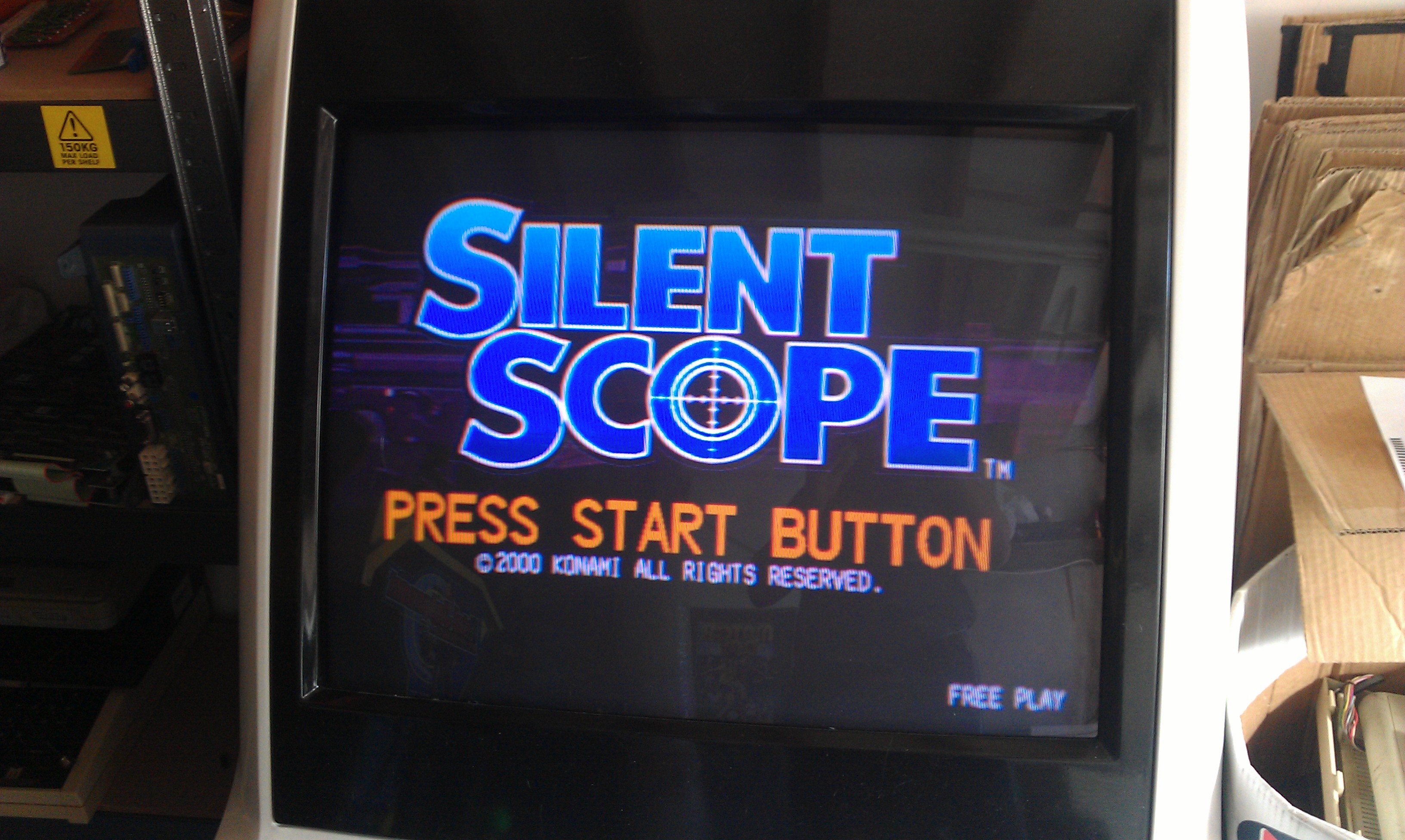 SS2 had unfortunately already suicided. I burned a new M48T58Y RTC RAM and fitted it but it didn’t initially work. It turned out that one of my solder points wasn’t good enough and simply re-flowing sorted it out but not before I delved into the contents of the RAM chip itself.

My initial thought was that the dump in MAME was for a different region but I don’t think this is the case. The contents of this RAM chip consist of some text 14 bytes long followed by a 2 byte checksum. The game code copies the contents of this RAM and its checksum into memory, works out the checksum again and compares it to the one in the chip, if it matches it goes ahead and boots. I proved this by writing a small program to calculate the sum and writing my own replacement.
The contents of this chip do not affect any on screen text. 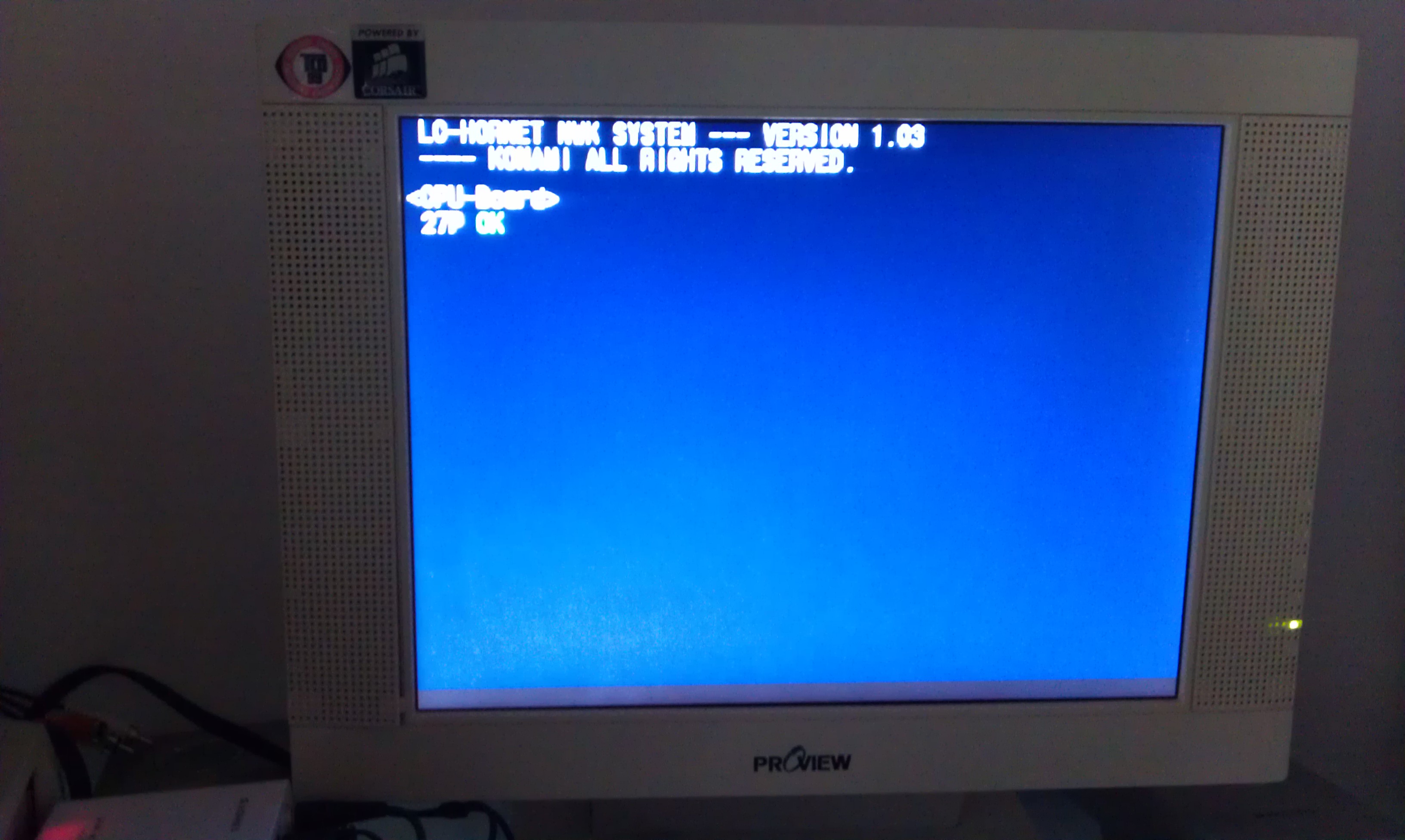 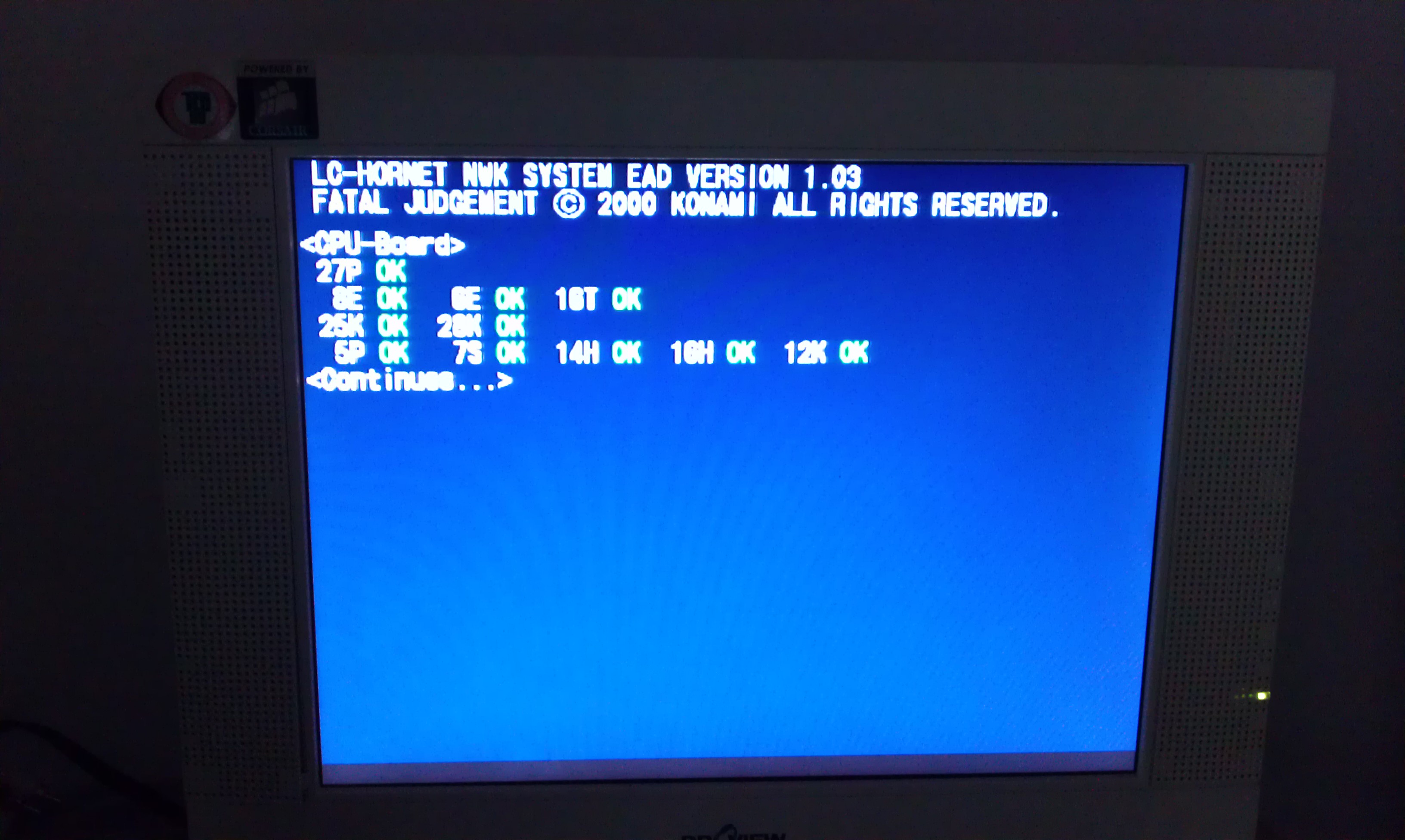 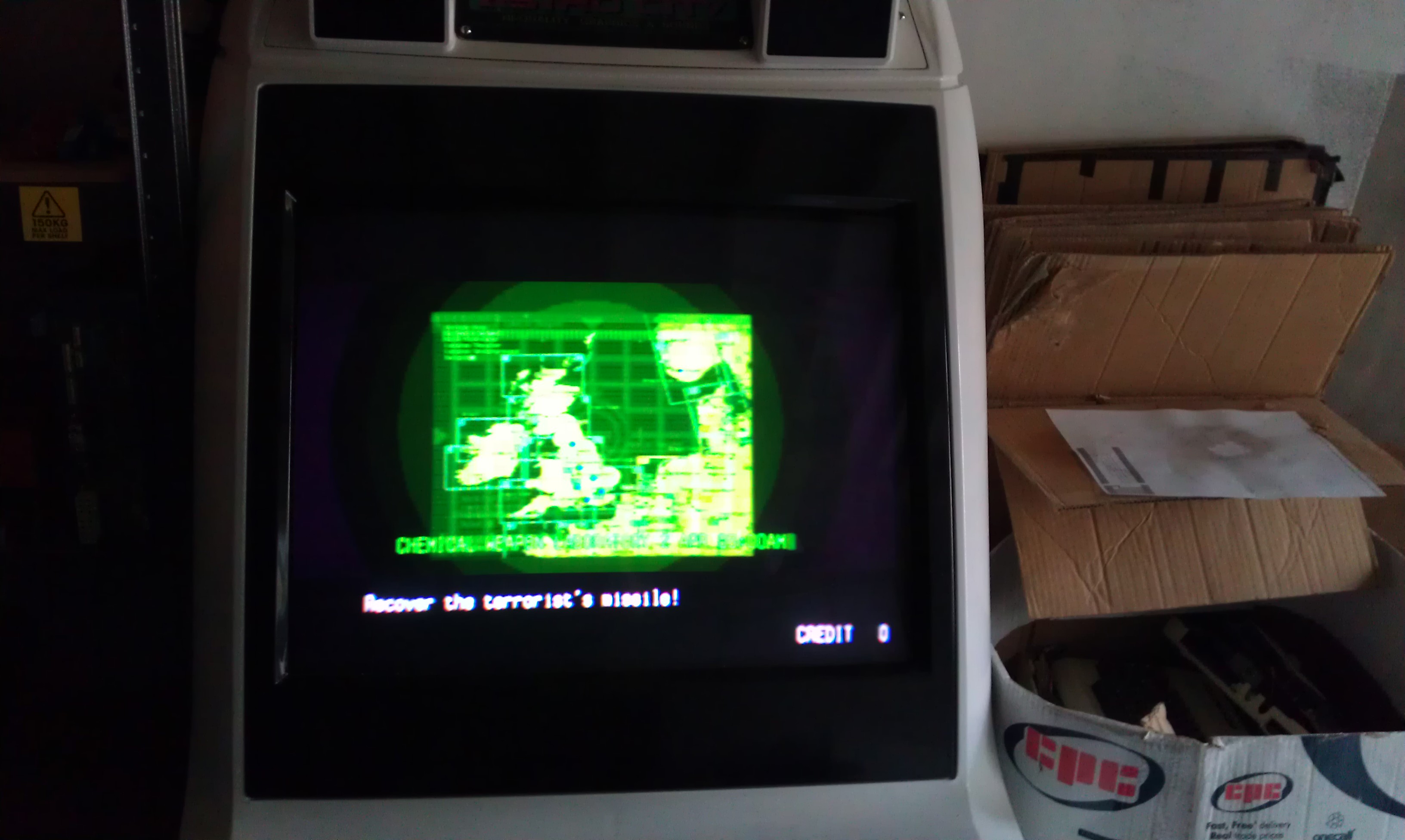 All up and running…………..until
Playing SS1 the game froze and gave me a BACKUP RAM fault and rebooted. I first check the power supply which was a spliced ATX PSU and found the voltage to be around 4.6v. I replaced this power supply and no more errors regardless of how much i played.

Now it really is all up and running and I’m quite happy with it.