I had this original Silkworm PCB (manufactured by Tecmo in 1988) in a trade some years ago : 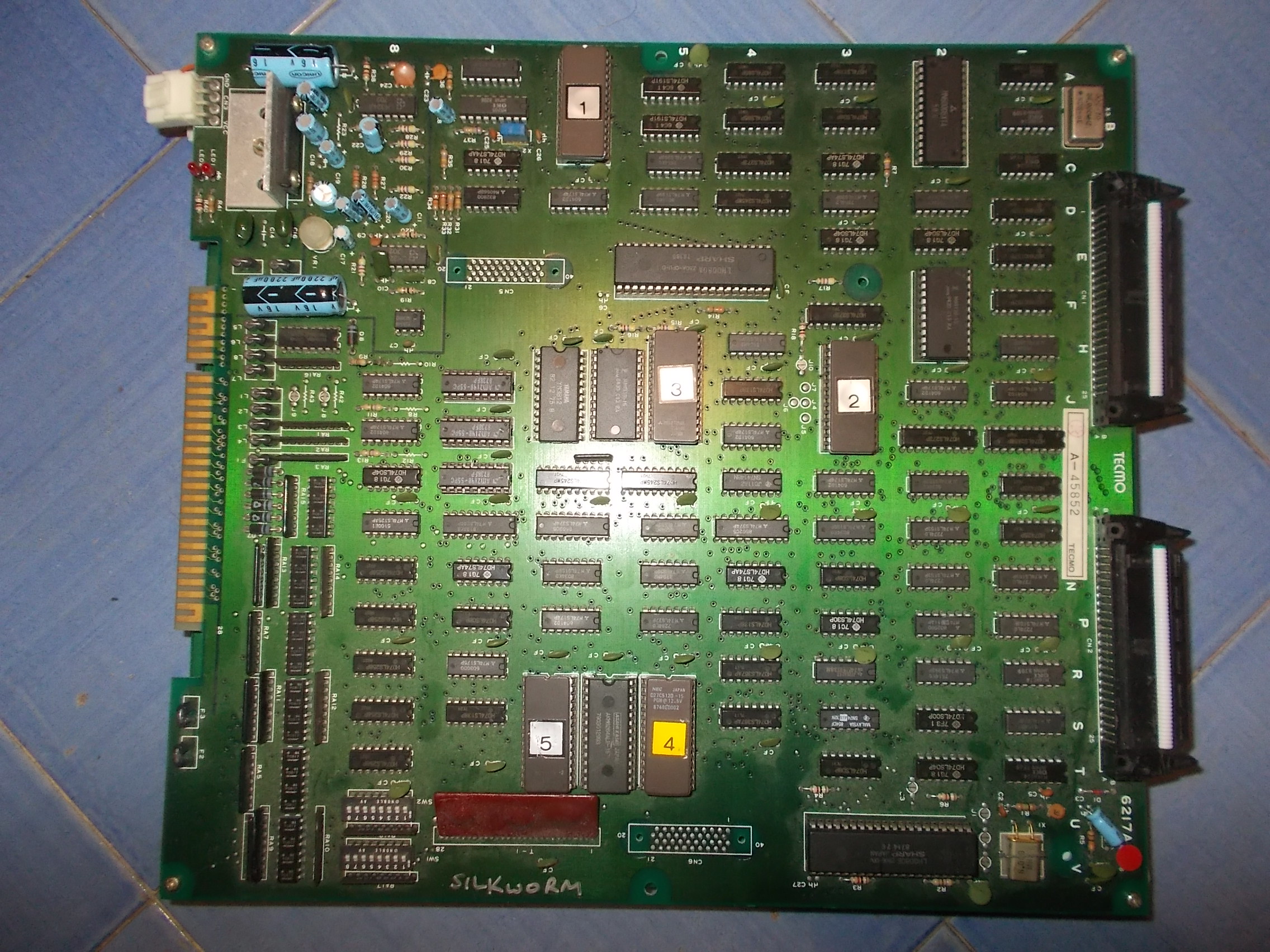 I didn’t know the status of the board since I never looked at it.Quite confident I powered it up but I was immediately disappointed, a solid static blank screen was all I got: 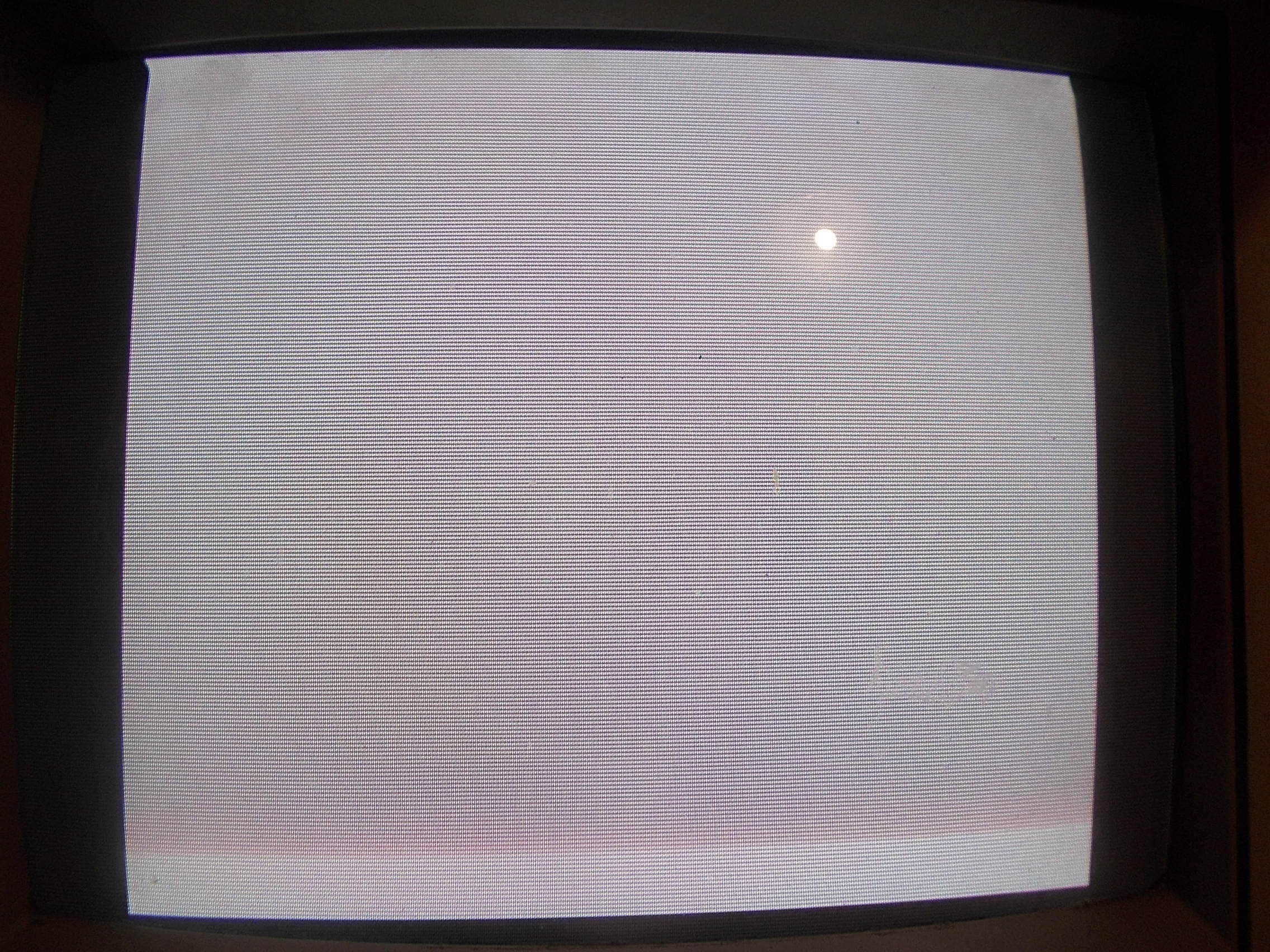 While I was visually inspecting the board I noticed the 28 pin brown SIL hybrid module marked ‘MA7053’ was a bit wonky: 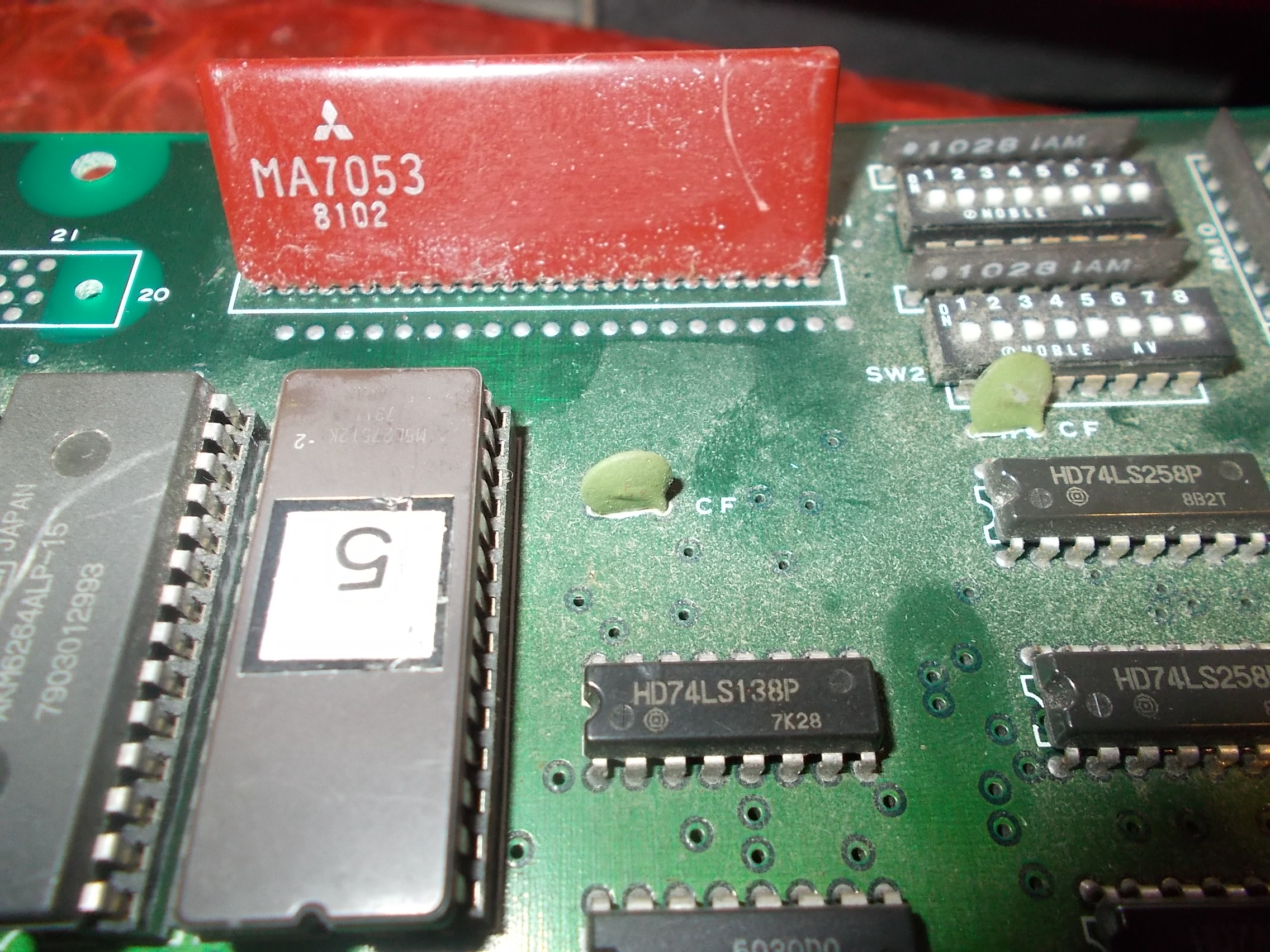 I slightly wiggled it and it fell off: 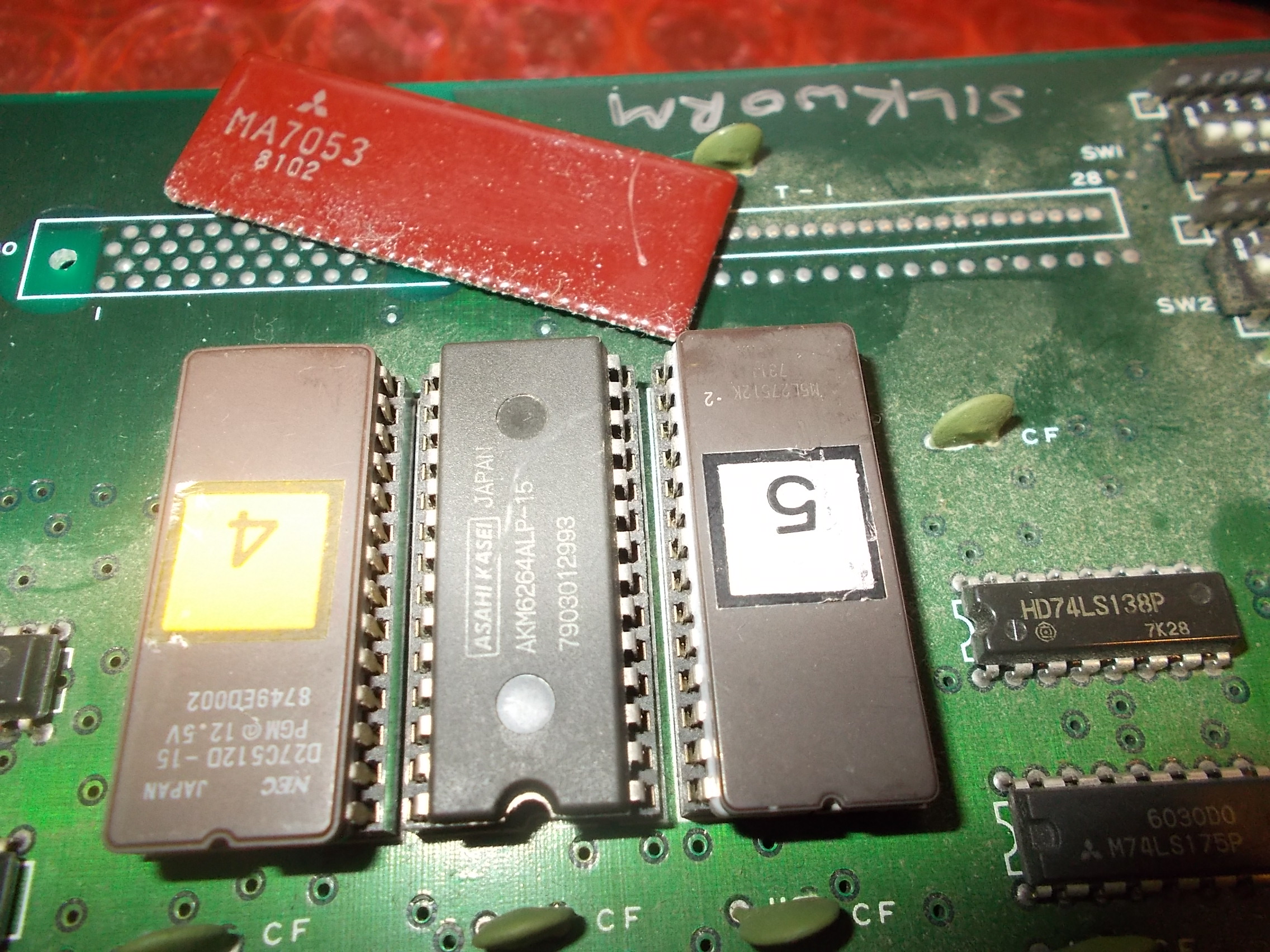 I installed some 1.778 female pin headers on the PCB: 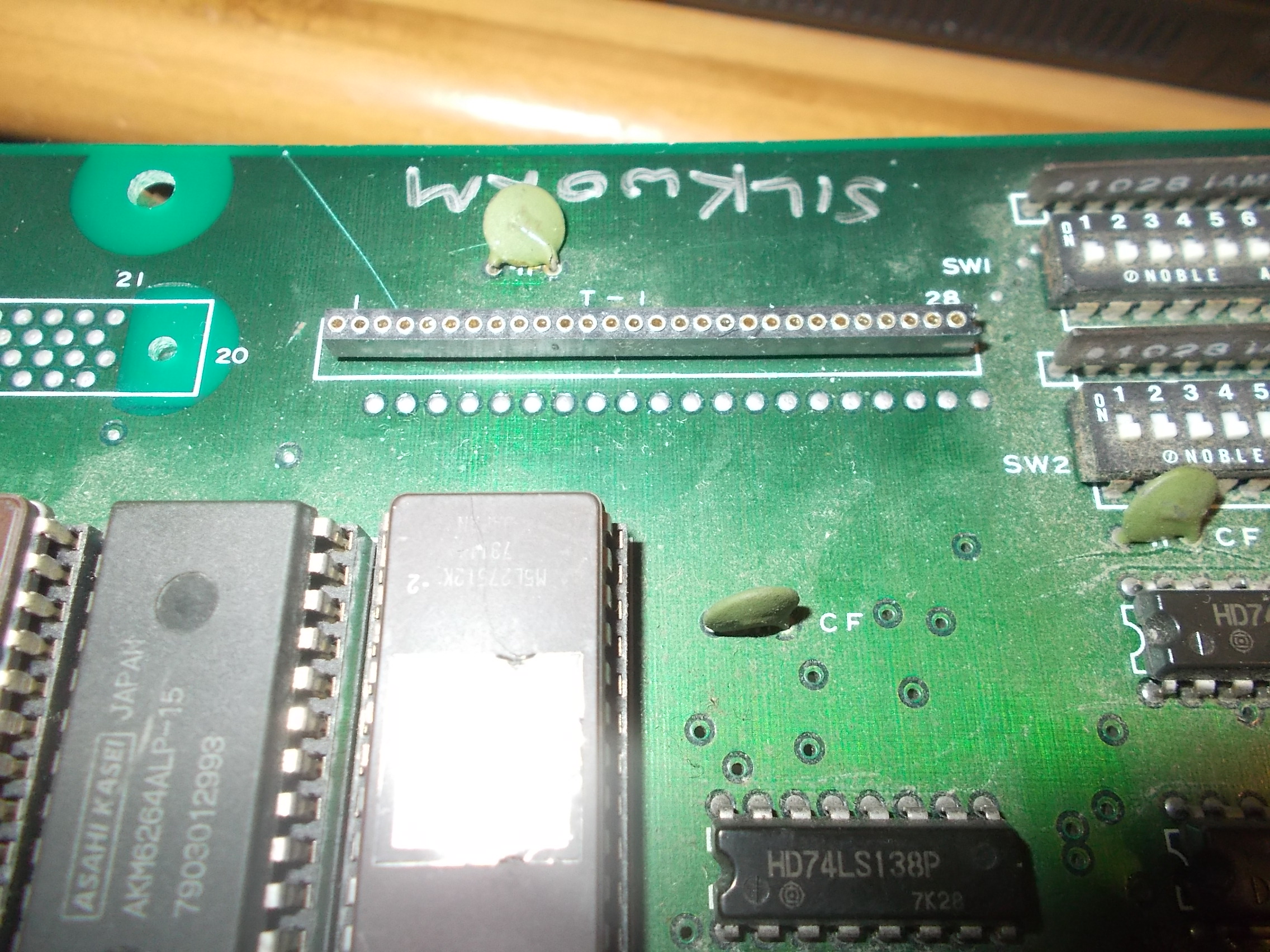 and patiently soldered the component on a strip of correspondent male headers: 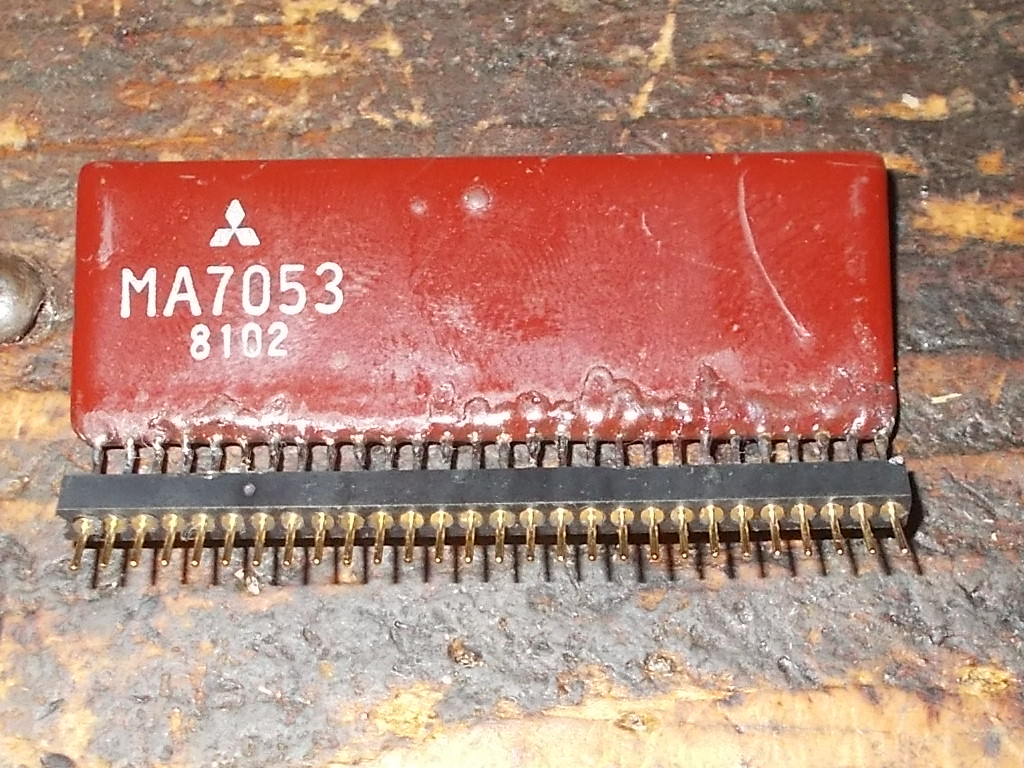 In this way I got the board booting but with severe graphic faults.Color were wrong, sprites flashing (it’s hard to capture this issue with a camera), vertical lines through screen :

I decided to troubleshoot the sprites issue for first.Studying the hardware I figured out that the line buffer is made of twenty 4164 (64K x 1-bit) dynamic RAMs located on VIDEO board  : 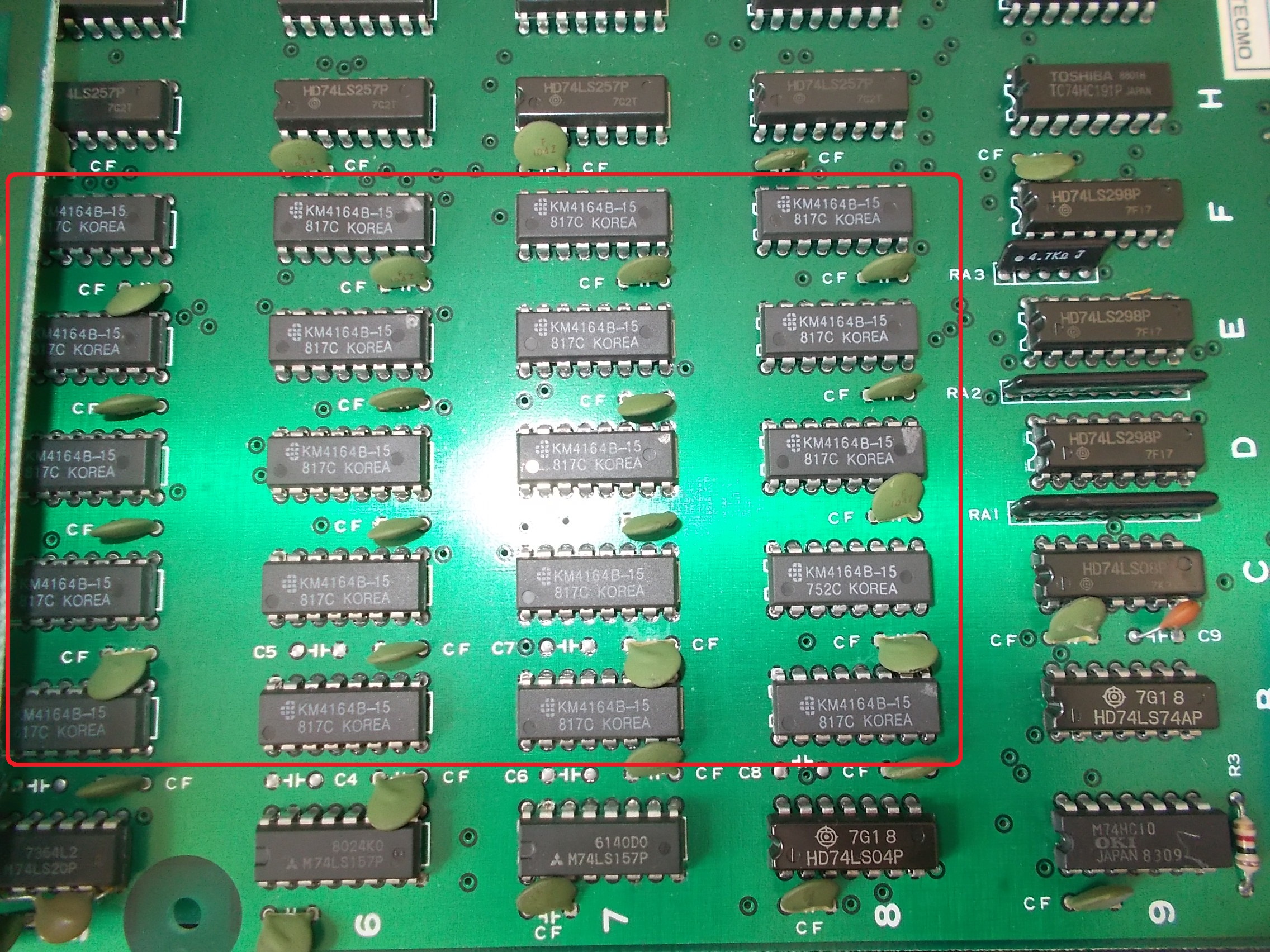 Some of them were extremely hot to touch and many showed stuck bit on output:

I pulled them all one by one: 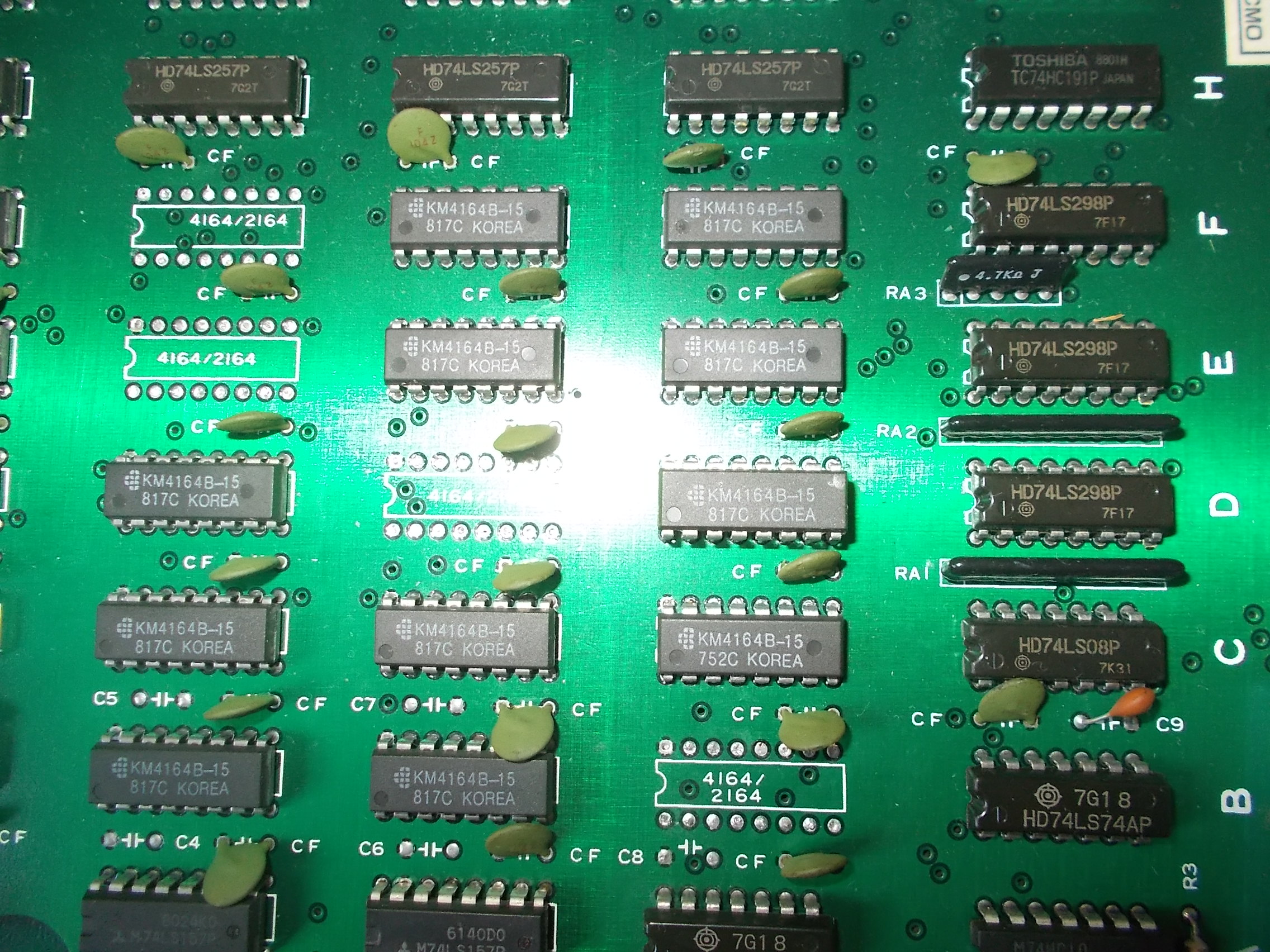 Nine of them failed the out-of-circuit testing: 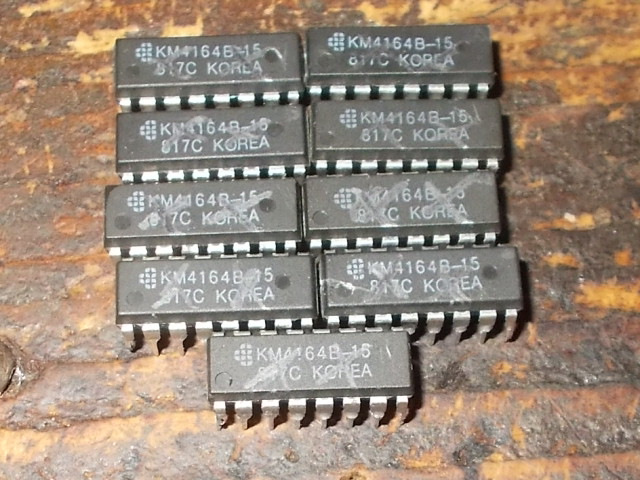 The graphics were correctly drawn now but the colors still wrong :

Tracing the three colors back from JAMMA connector I figured out the final part of the RGB DAC circuit where I noticed the lack of three resistors @R10-R8-R12 : 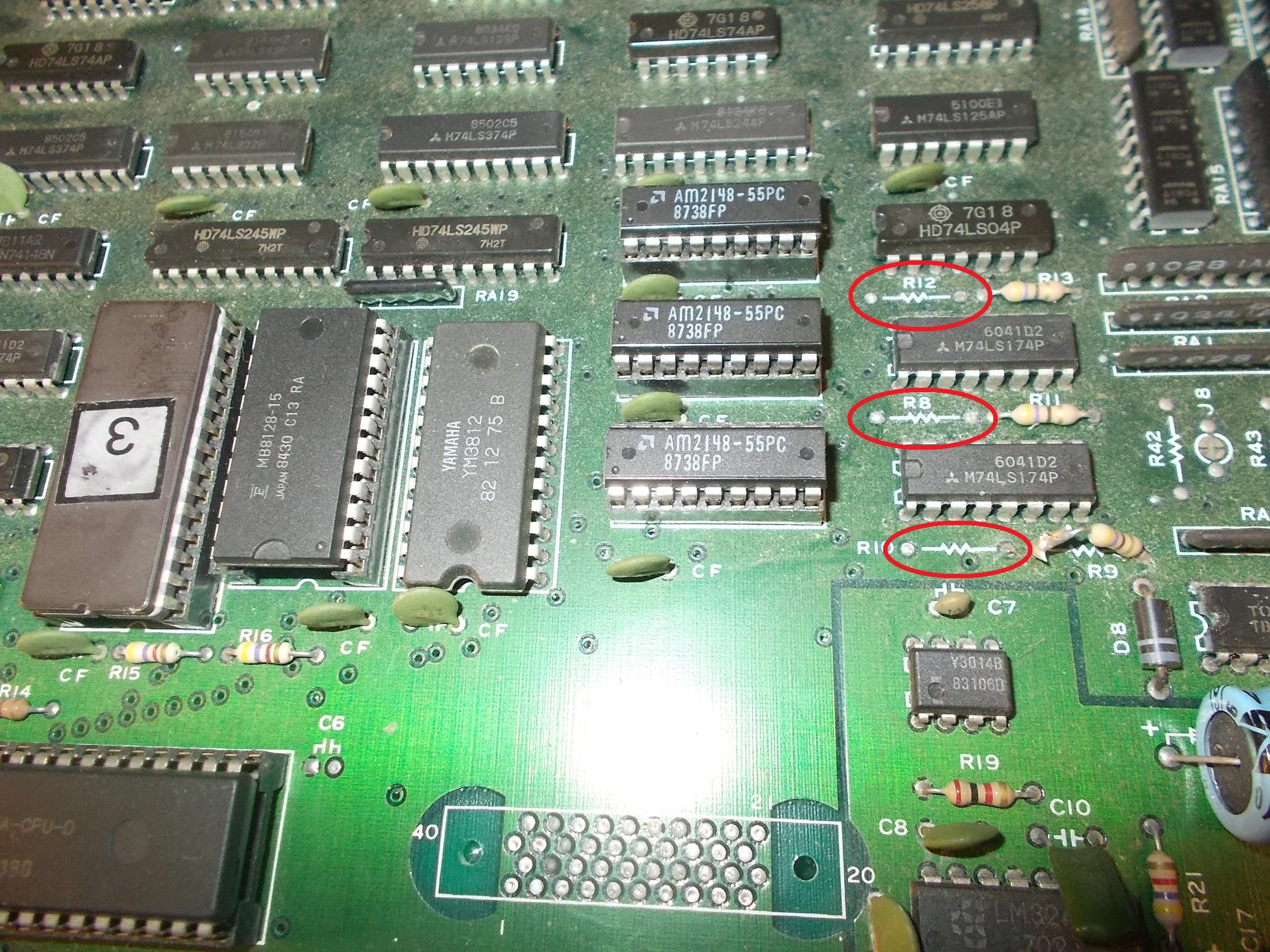 I compared my PCB with some pictures online and I had confirm that the three resistors were really missing on my board: 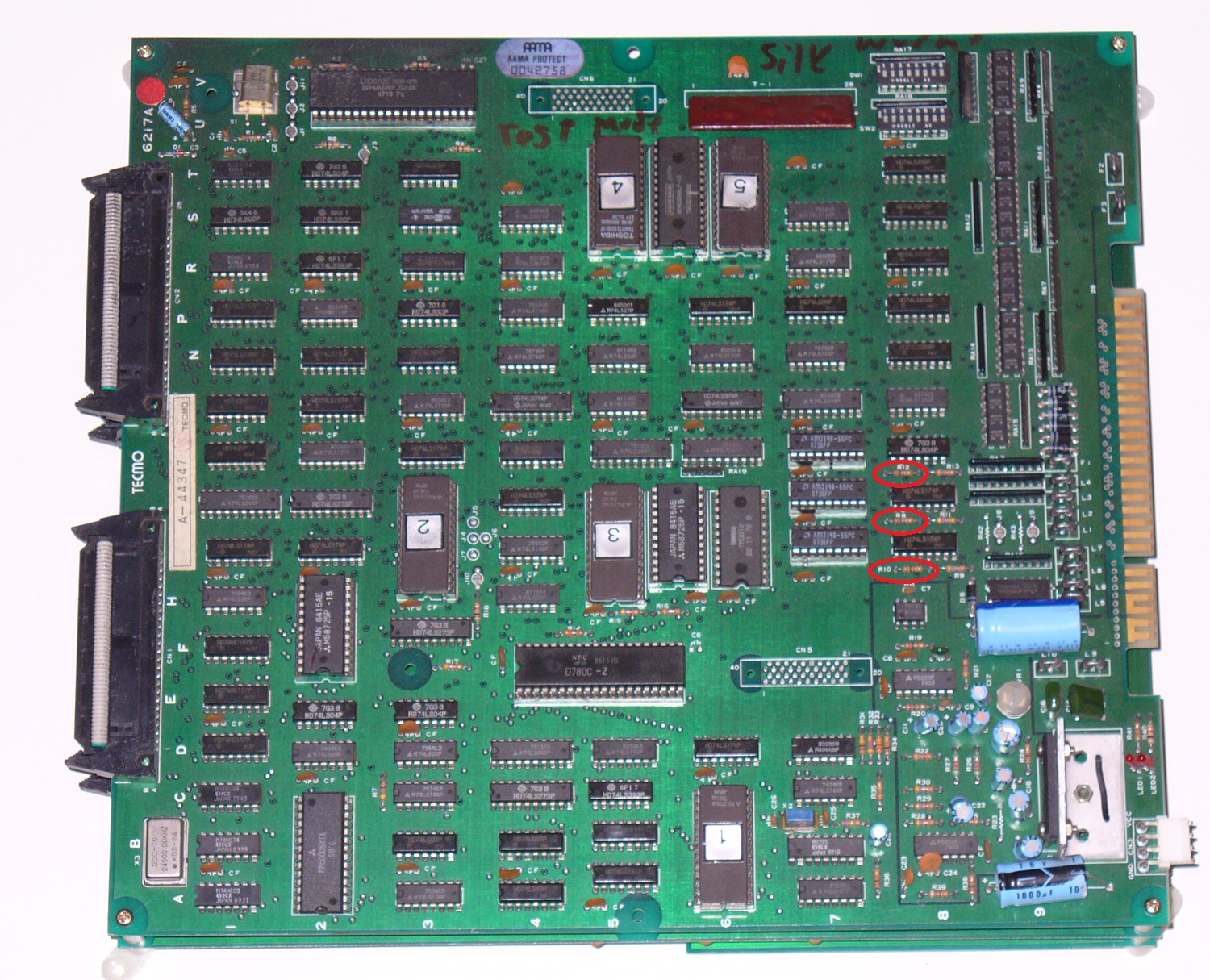 I didn’t know the correct value of these resistors and schematics were not available so I looked at Rygar ones which runs on similar hardware, they were 120 Ohm as part of the R-2R resistor ladder circuits used as RGB DAC: 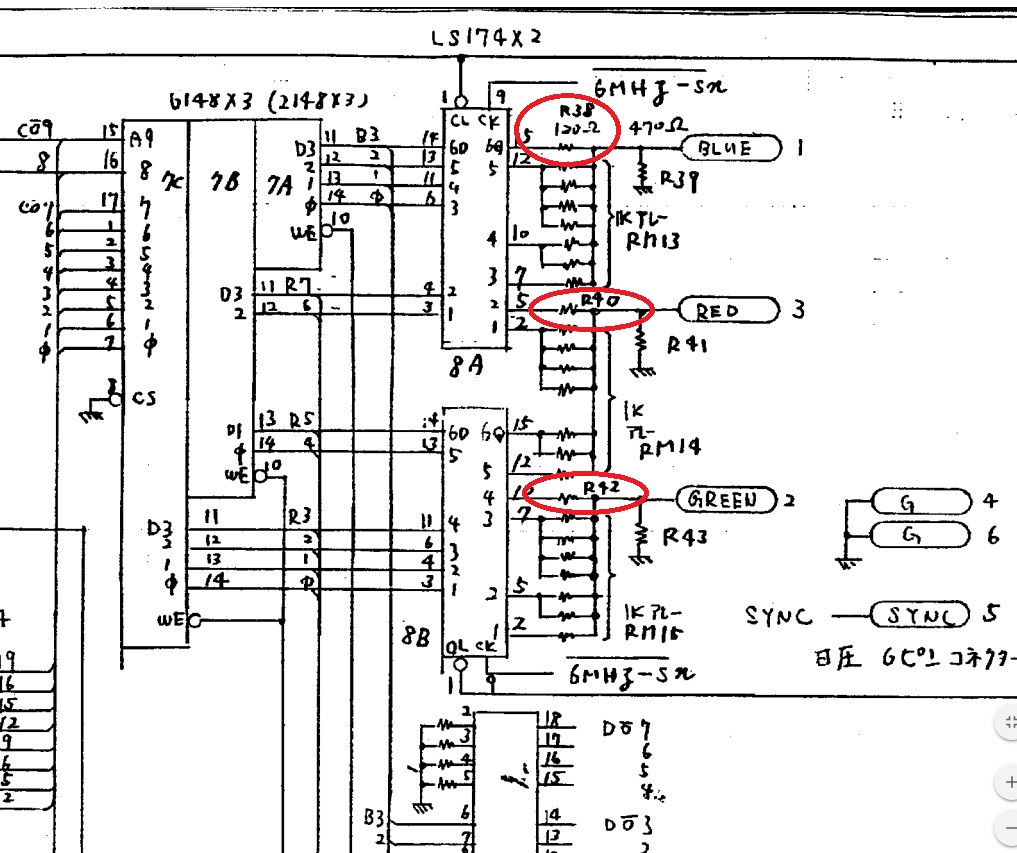 I installed the resistors : 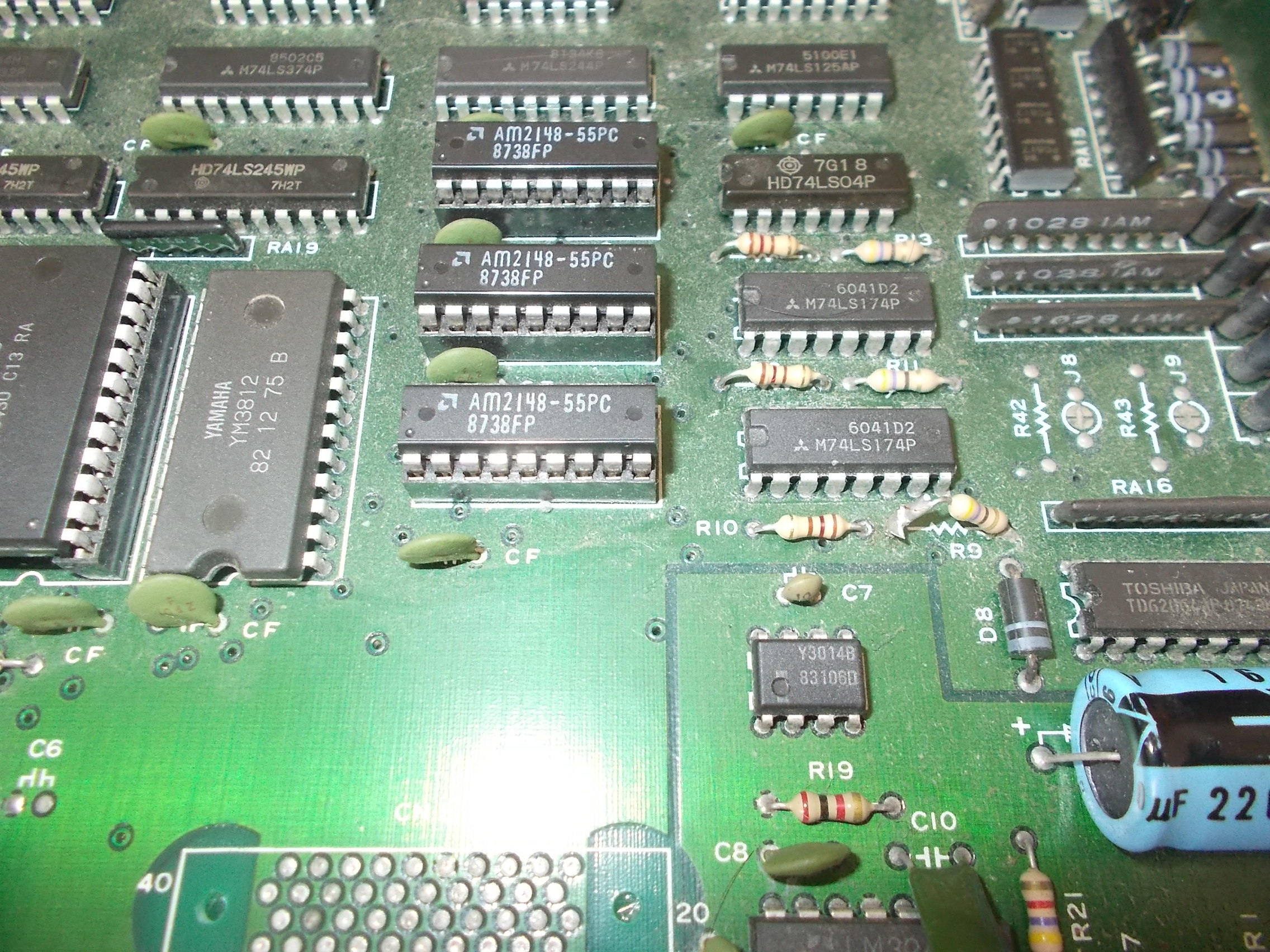 This fixed board completely: 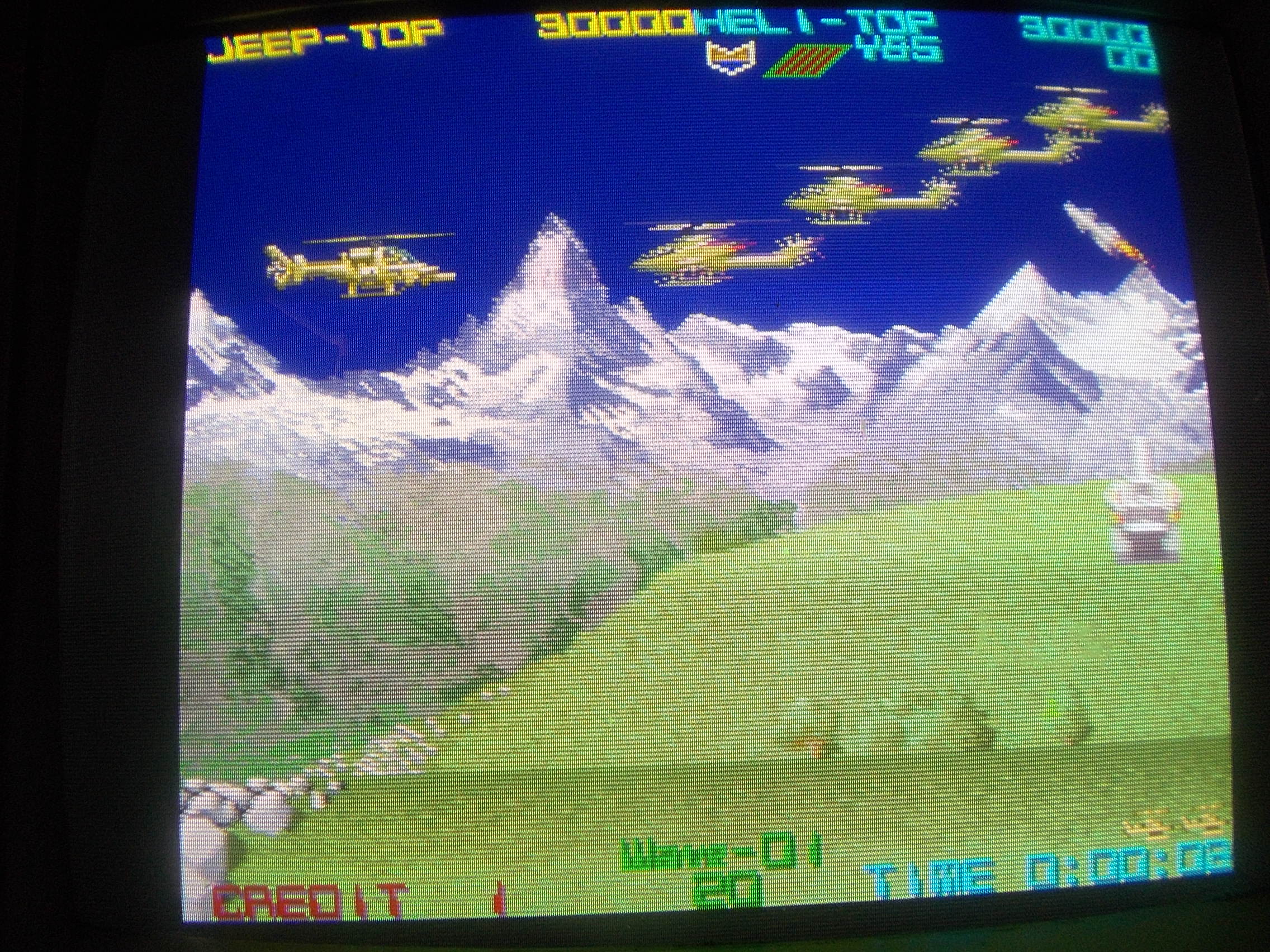 After repaired the PCB I thought this was a good chance to study a replacement of the ‘MA7053’ custom SIL.As often I do in my reproductions I looked at how possibly the custom was re-engineered.I could find two replacement daughterboards.One used on a bootleg PCB : 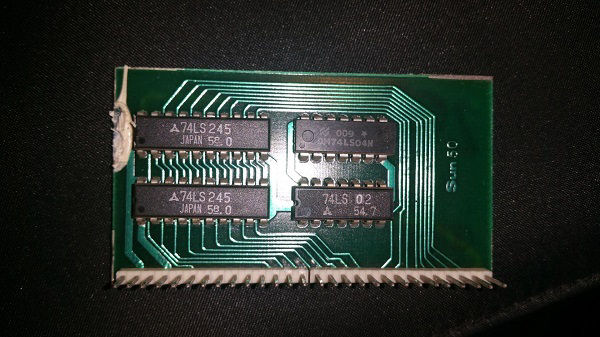 The other one was from an original Tecmo board (pictures kindly provided by ‘monsterlair’, thanks again to him) 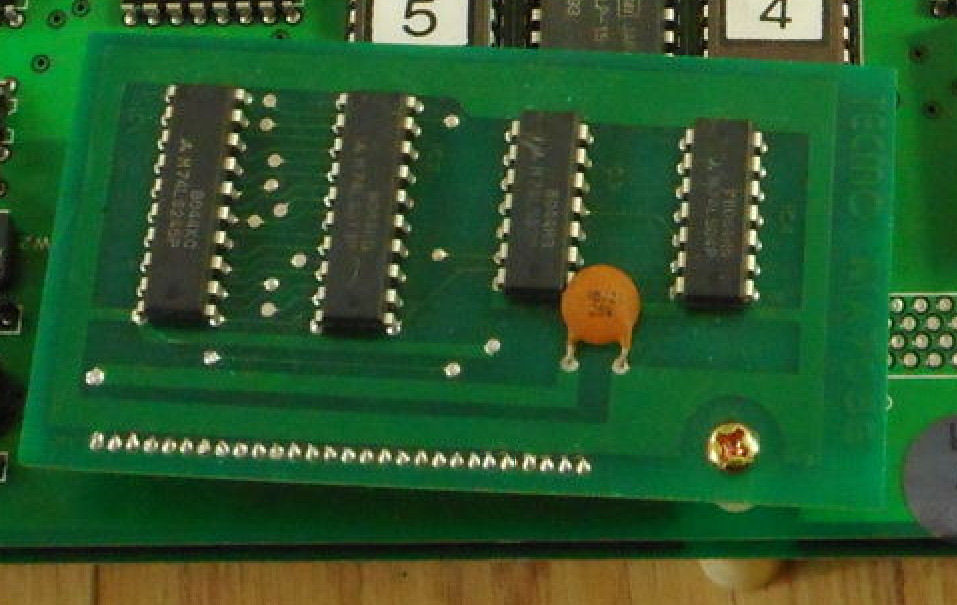 Design were slightly different but they both have same functionality.Technically speaking the ‘M7053’ provides interface between the Z80 main CPU data bus and video memory latching data too.After figured out schematics of the two daughterboards I re-engineered them with surface mounted devices ending up with this result : 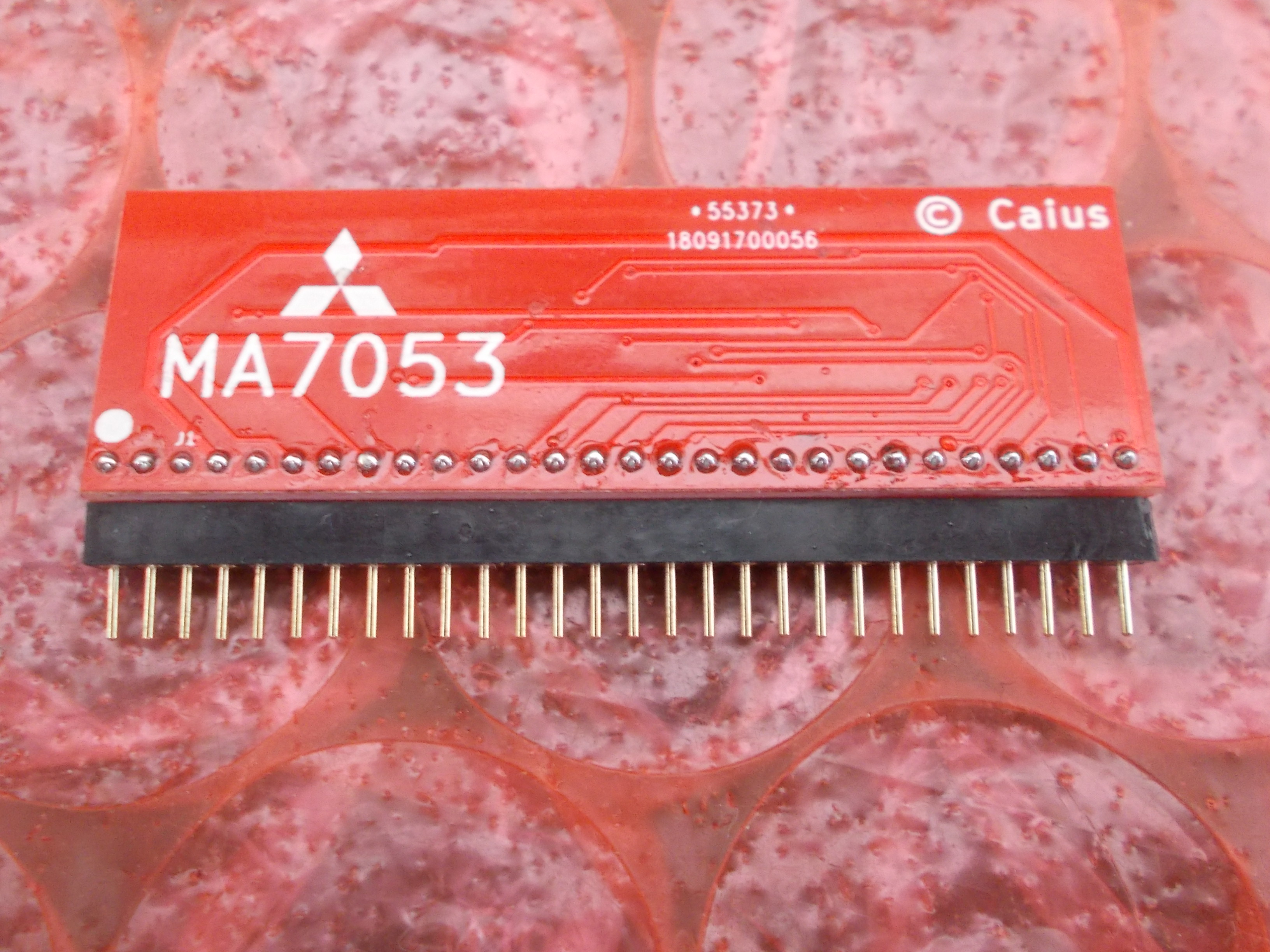 Installed on PCB for testing: 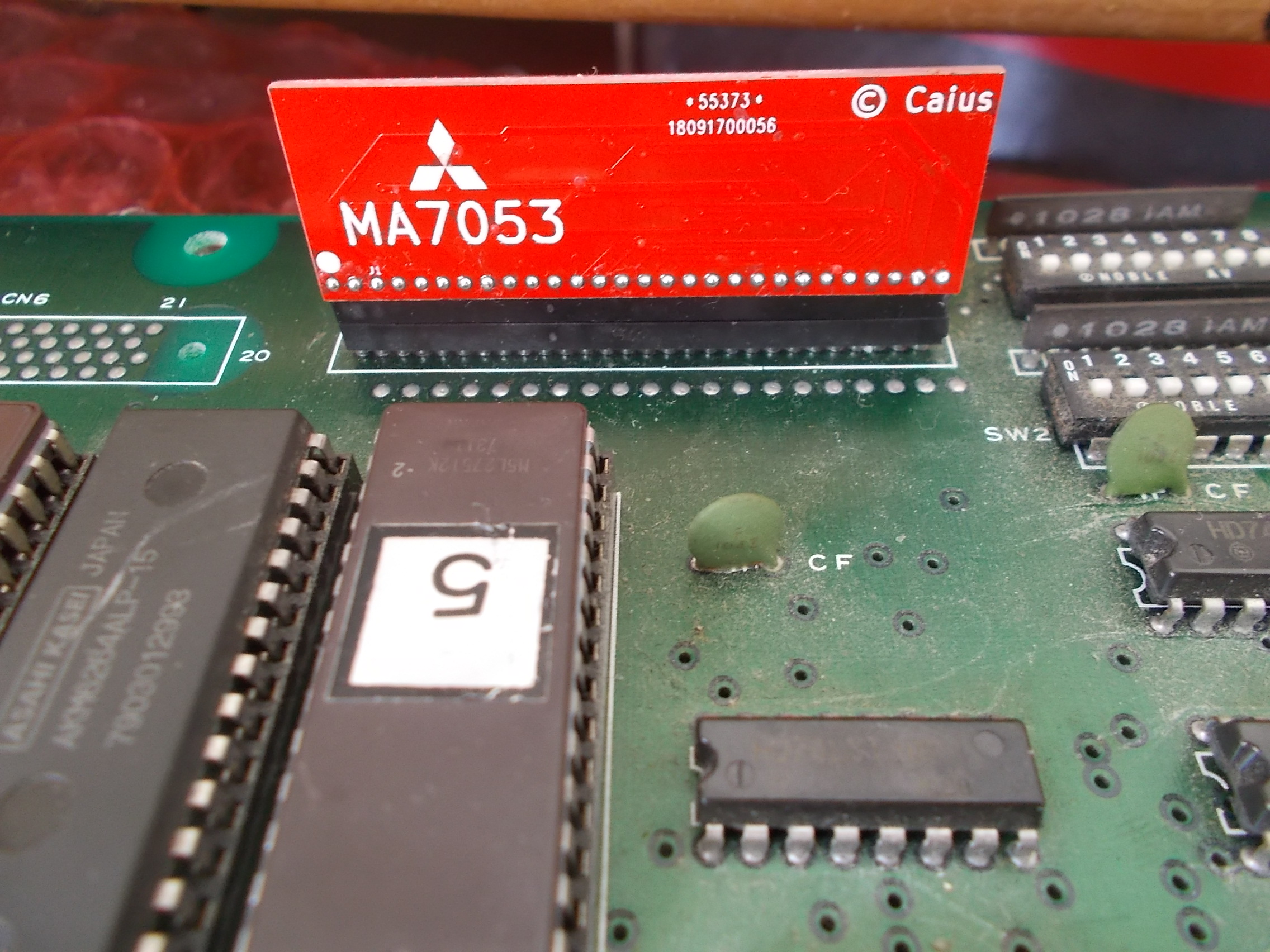 Both designs perfectly works on my newly repaired Silkworm :

But it could be present also on other Tehkan/Tecmo boards so any addition is welcome from all of you arcade collectors/enthusiasts.