Recently I was sent a TNX1 Sky Skipper PCB for repair from my friend, Whitney.
It had developed a sprite fault which looked like this

As you can see in some places the sprites look fine but as it scrolls they start to disappear and flash etc.
I had already done quite a bit of work with these PCB’s and the regular Popeye PCB too so was fairly familiar with the whole setup.
I knew the main RAM also held the sprite data too which the DMA circuit then pushed out to sprite RAM during VBLANK.
With this in mind I was sure the main RAM was OK and enabling the test mode also backed this up.
I checked most of the DMA circuit out which is mainly just counters and they all seemed fine too..

I moved onto the RAM PCB next. I could rule out the 82S09 SRAM chips straight away as they are all socketed and I have spares.
The 5501 sprite buffer RAM was a little more difficult to check. While I was probing about these RAM’s with the scope I found the voltage wasnt stable and fluctuated every few seconds a little and also there was a big volt drop compared to the output of the PSU.
I confirmed that with this RAM PCB unplugged that the volt drop went away as did the fluctuation of voltage.
I hooked up this PCB to my bench PSU on its own and monitored the current draw and voltage. I later pinpointed these issues to the RAM that I had swapped in to test. They were older ceramic types and clearly they were drawing a lot more current than the original. Swapping them back cleared this issue but obviously was not going to solve my problem.

Moving on the whats seems to be getting called the “timing” PCB I started probing the counters and found a 74LS161 which had weak looking outputs. 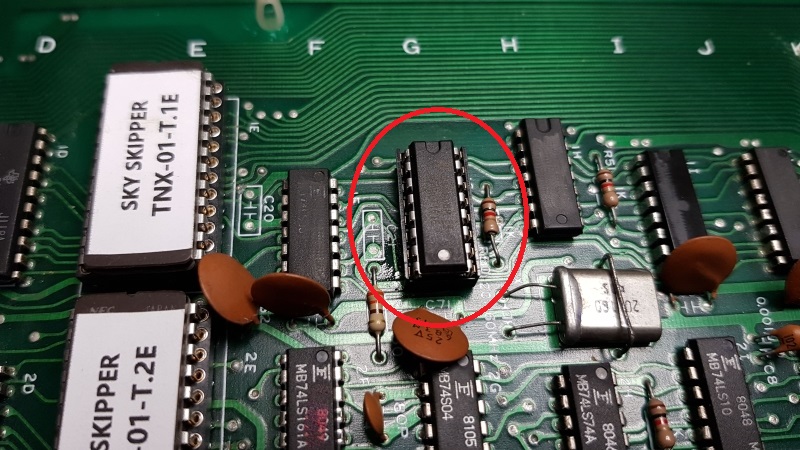 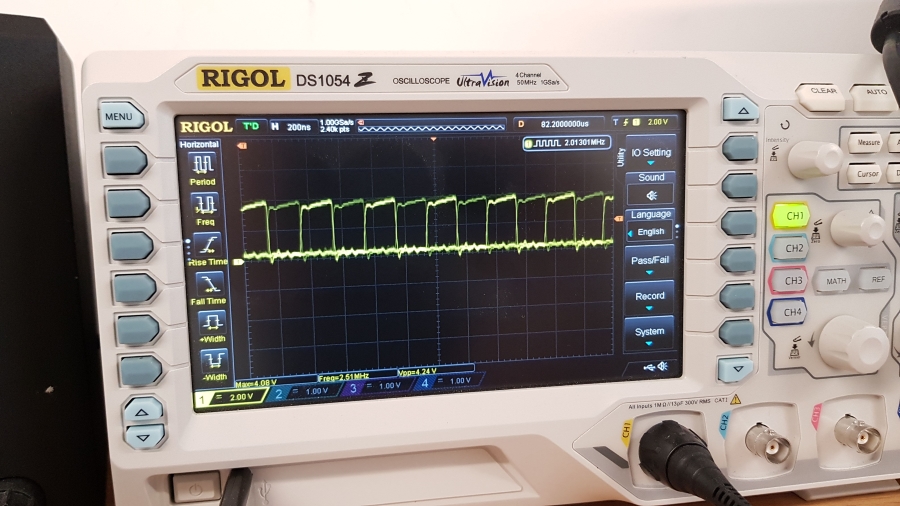 I piggybacked a new 161 on top but with the output legs bent out so as not to make connection then probed again. 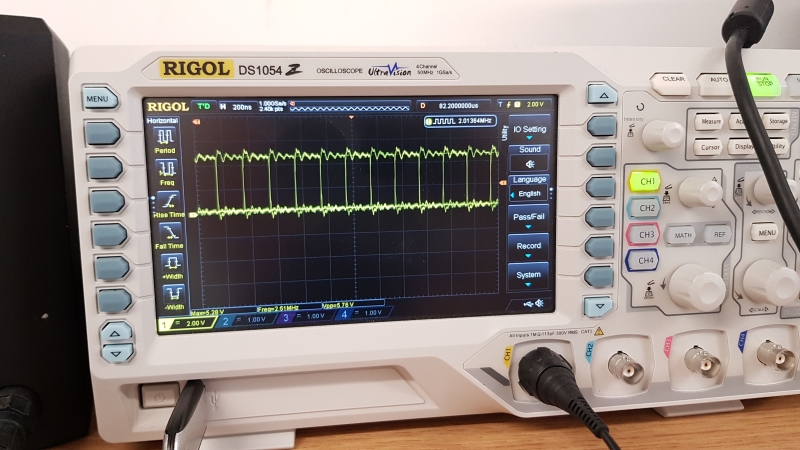 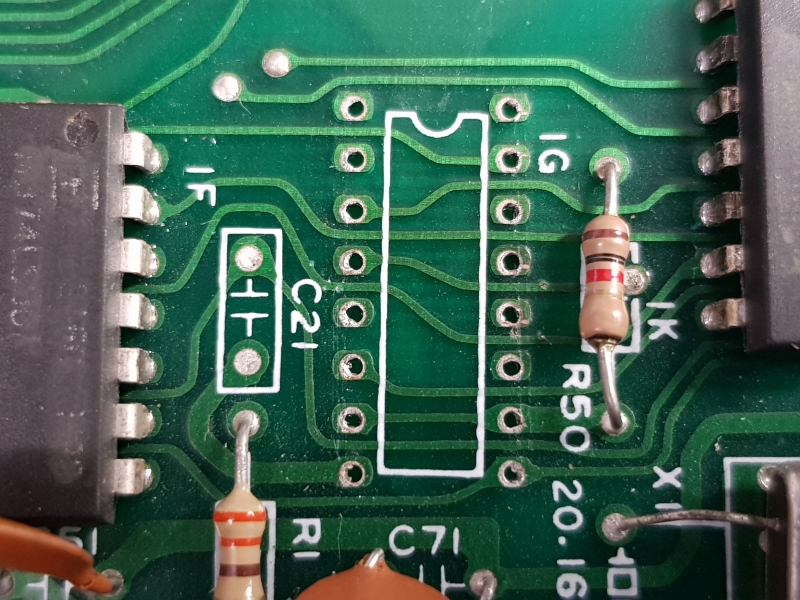 After checking the game I had this

Game is all fixed.
Going to do some minor servicing on this and then send it on its way home.