The PL1 Ikari character keeps going up on its own when I start a game, the PL2 Ikari is fine.

Looked at my rotary stick, could not see any problems, so I disconnected the sticks from the PCB. The PL1 Ikari character was still going up on its own.

Next I looked at the SNK to JAMMA adaptor, saw no problems here, the fault must be on the PCB.

I determined which pin on the edge connector was used for PL1 UP, and traced it back to a SIL resistor array, followed it through a 0.1uf ceramic capacitor where it went to a Hex Buffer 74LS367 at location D4 on the top layer of the PCB stack which handles the joystick inputs.
Bought out the logic probe, and found that Pin 2 (output) on the Hex Buffer was dead. Desoldered it and put the Hex Buffer into my IC Tester which confirmed that Pin 2 had failed test. 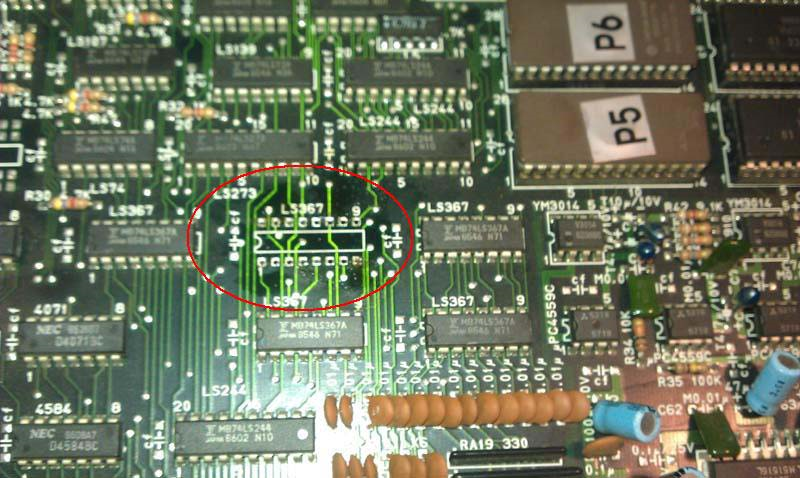 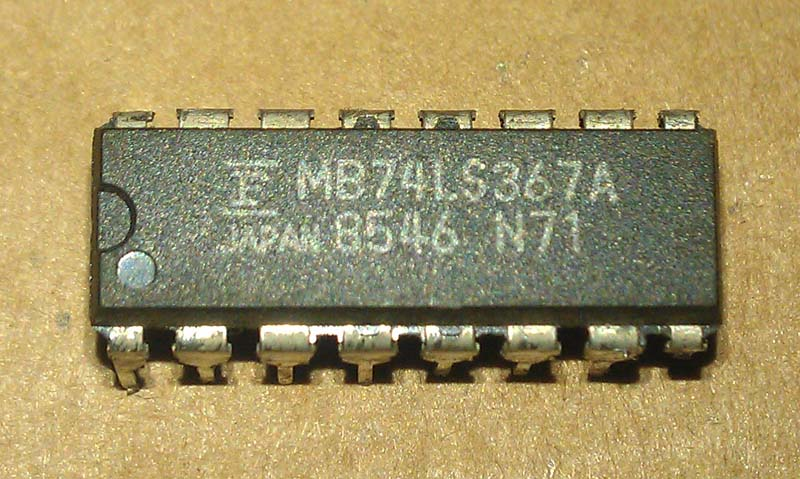