Ive decided its time to make a start on the huge back log of repairs that I need to get finished.
Today Snow Bros was on the cards. It was a fairly recent purchase but as I really like the game it was first on my list.

Board boots up and passes its self tests but had big graphics problems. 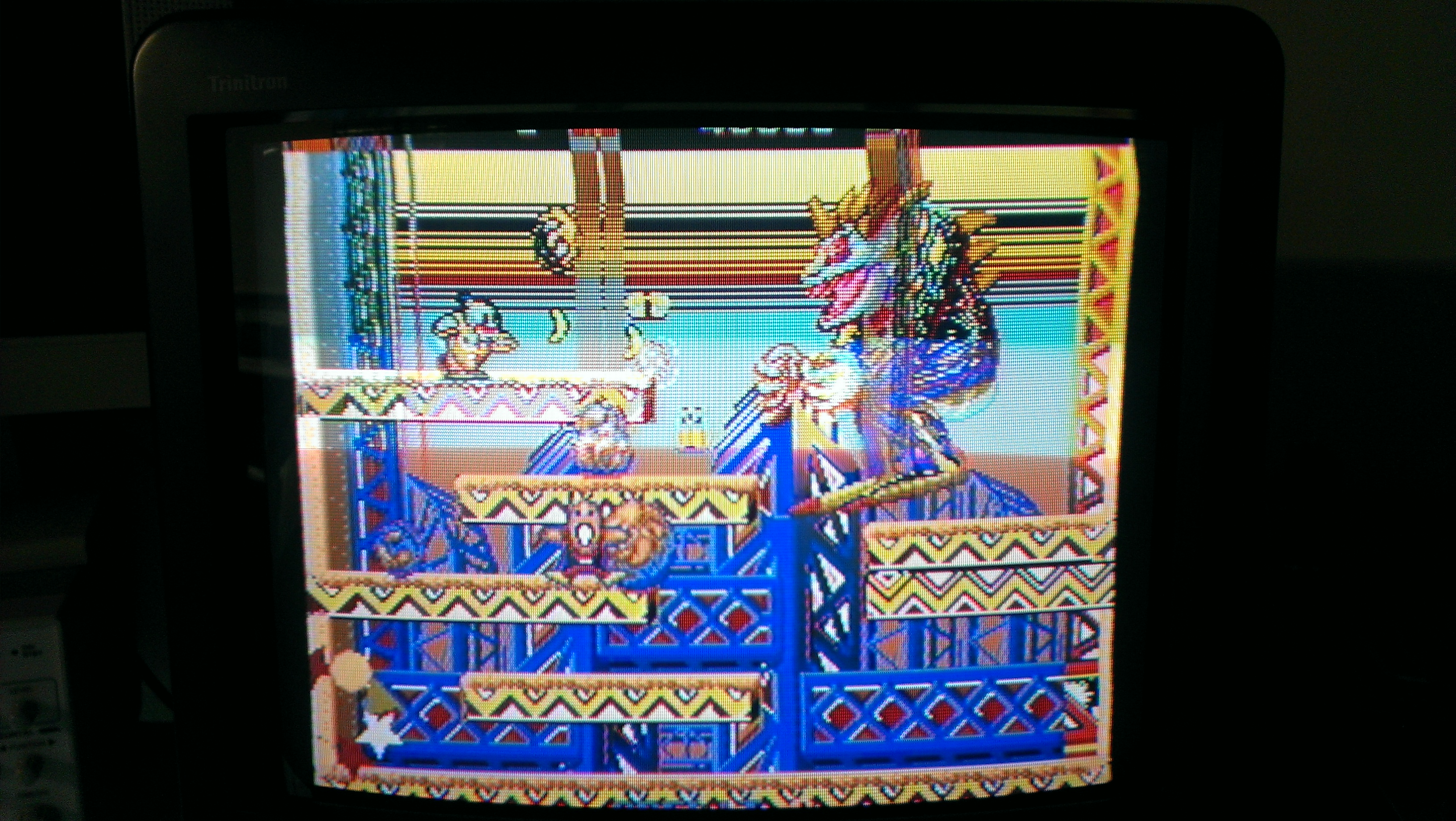 Cant tell from the pictures but the screen is also flashing.

This board is tiny so I started looking for RAMs that weren’t program or sound related and shorting a couple of data lines together. There is a bank of 4 41464 RAM chips in the bottom left corner that would appear to be screen RAM. 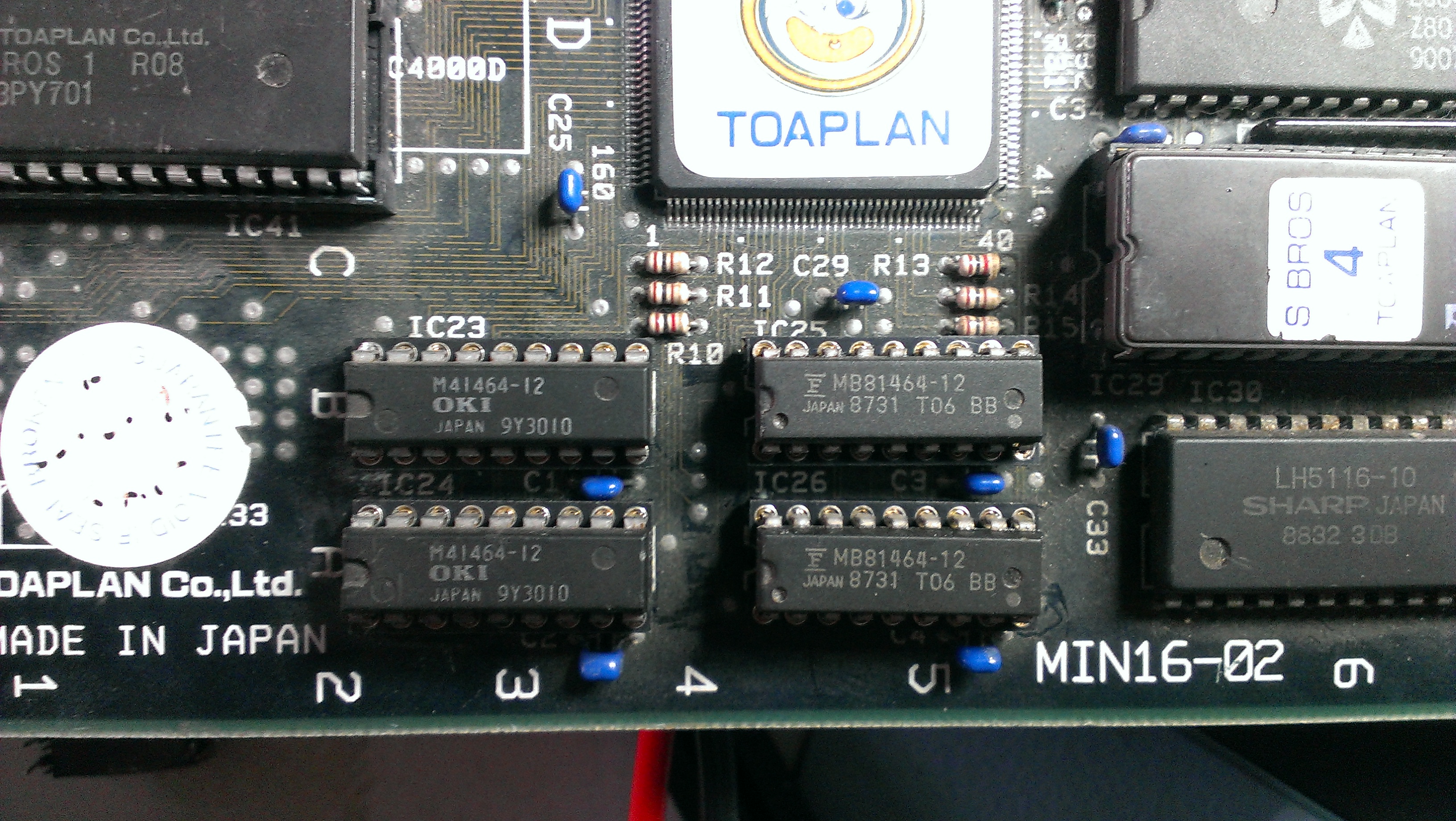 First off I found the /OE on the left hand 2 were shorted to ground so I desoldered them. At some point a track had burnt out and was shorting against the ground pin above it. Removing this short gave me this 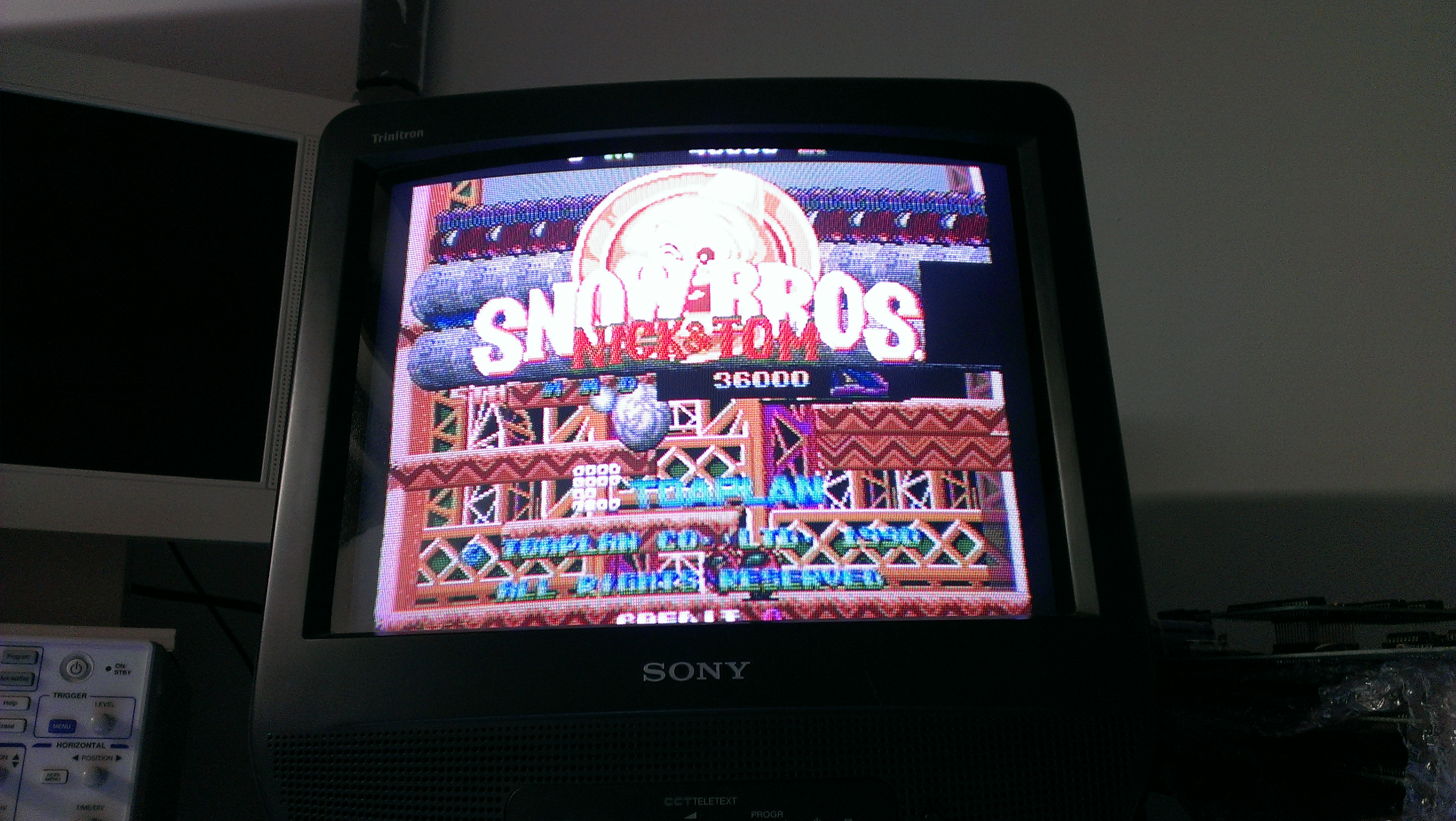 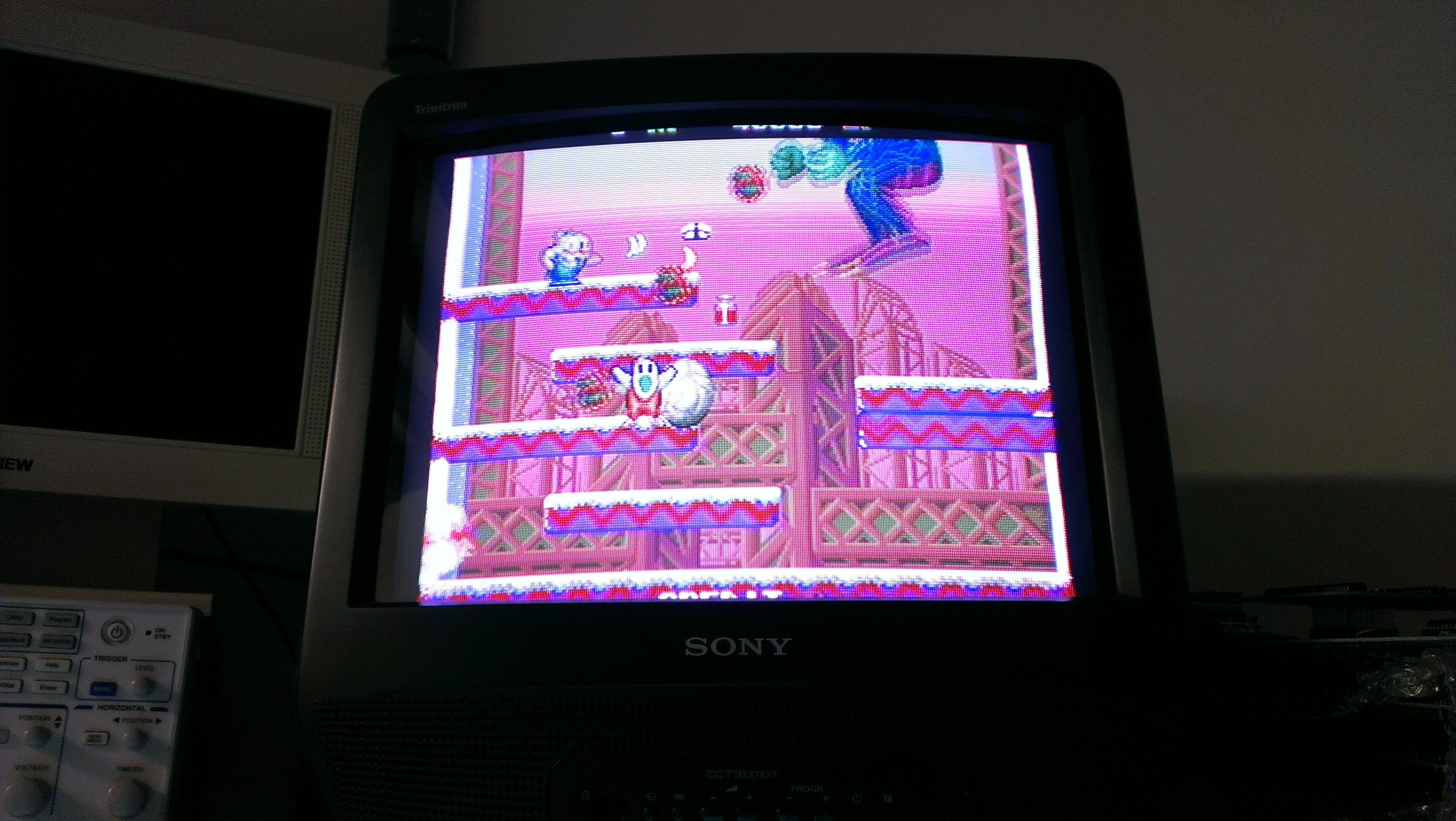 Much better, the colours are now sorted but the screen was still flashing and the graphics on the title screen left trails of the image. I checked the RAM chips I had removed and found a dead one.
I just went ahead and desoldered the other 2 RAM chips. Again, one was good and one was bad. I replaced these chips with an 81464 from a scrap board. 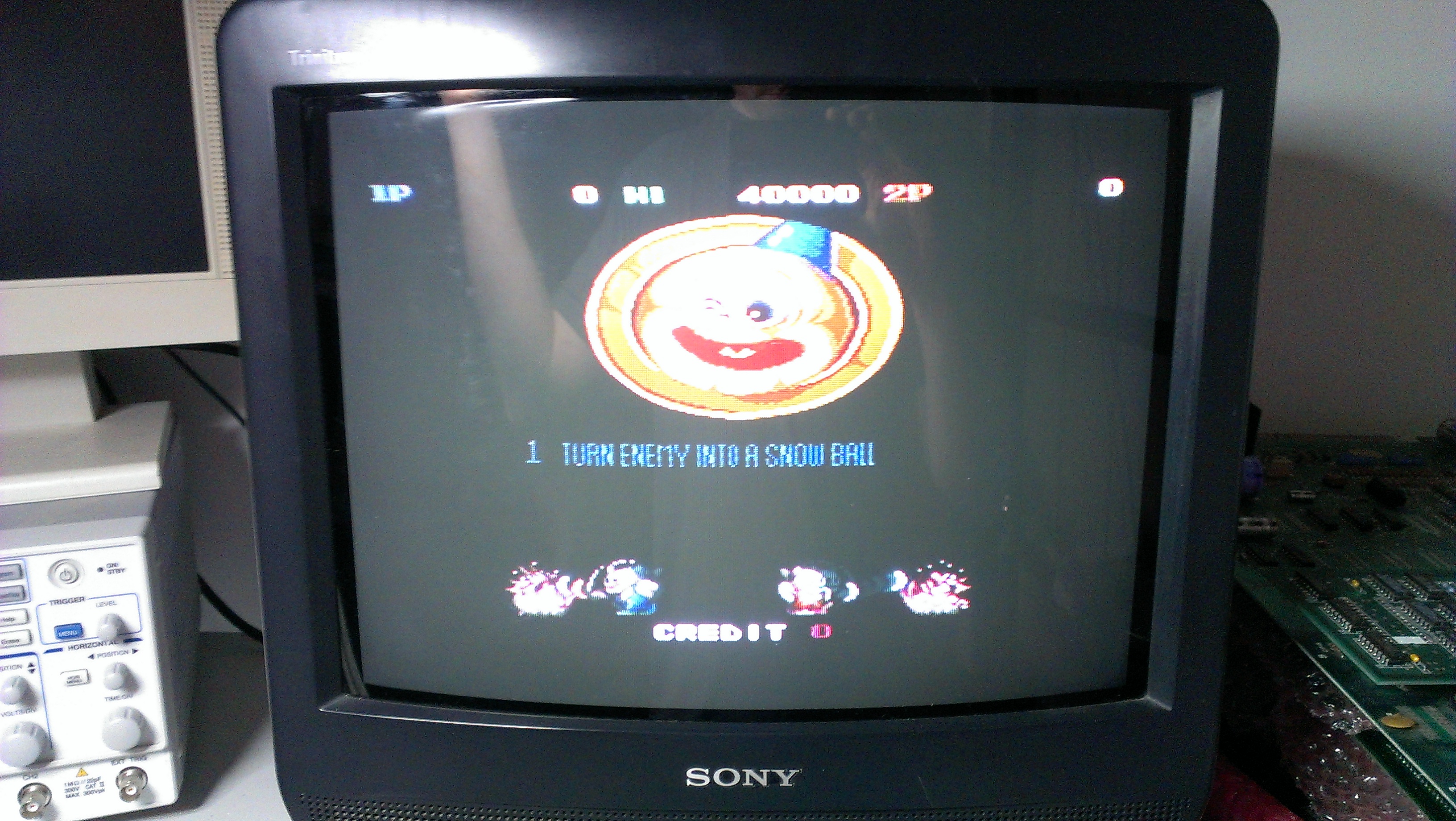 All working now. Ill have a game on this later.