I bought this (very) expensive pcb from ebay in October 2014.

I played the game a couple of times and then after about one week, all the sprites disappeared while I was playing. Only background and text were present: 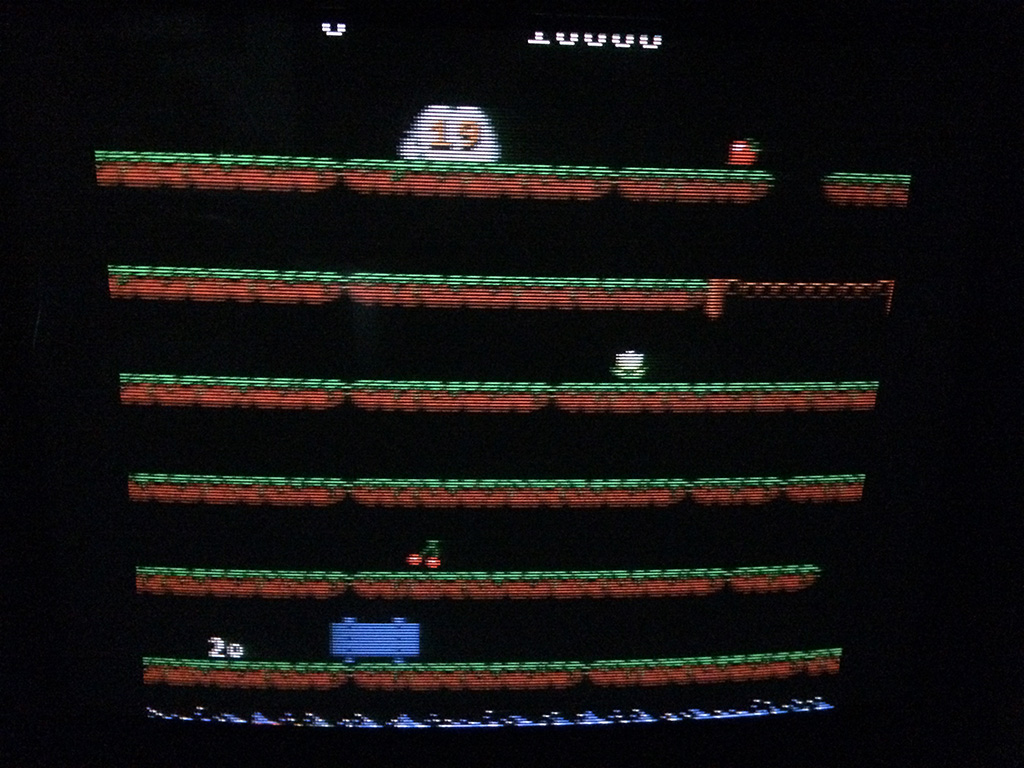 I couldn’t believe, at first I began to press everywhere hoping it was a loose or oxydized connector but soon I realized something got faulty.

This game hasn’t any schematics available so I knew from the beginning it would have been very tough to fix it.

I connected my trusty logic probe and began to short some pins on the pcb to see what changed on the screen so that I could focus on the right part of the circuit. 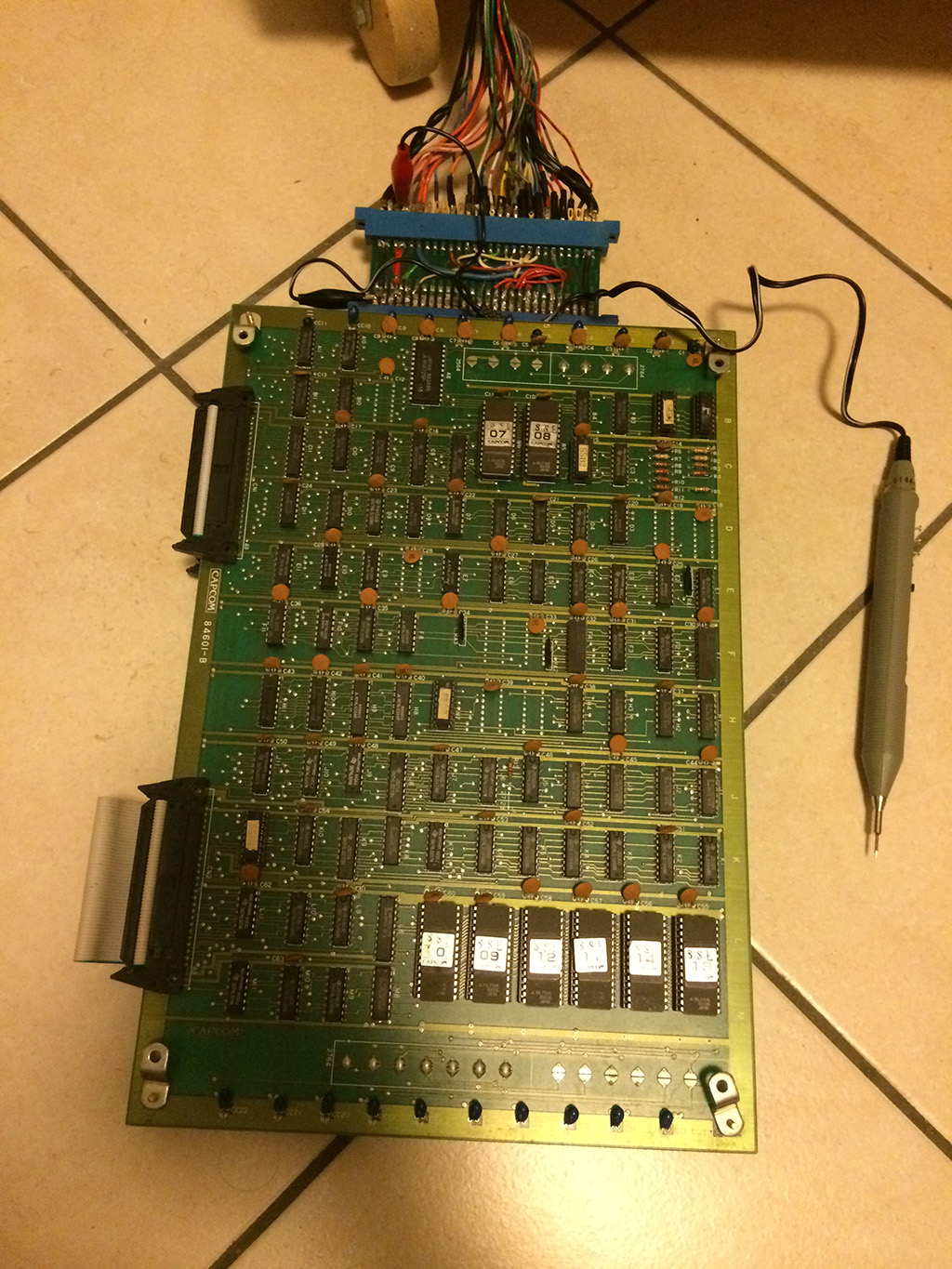 After about 30 mins turned on, the sprites started to reapper but missing some lines: 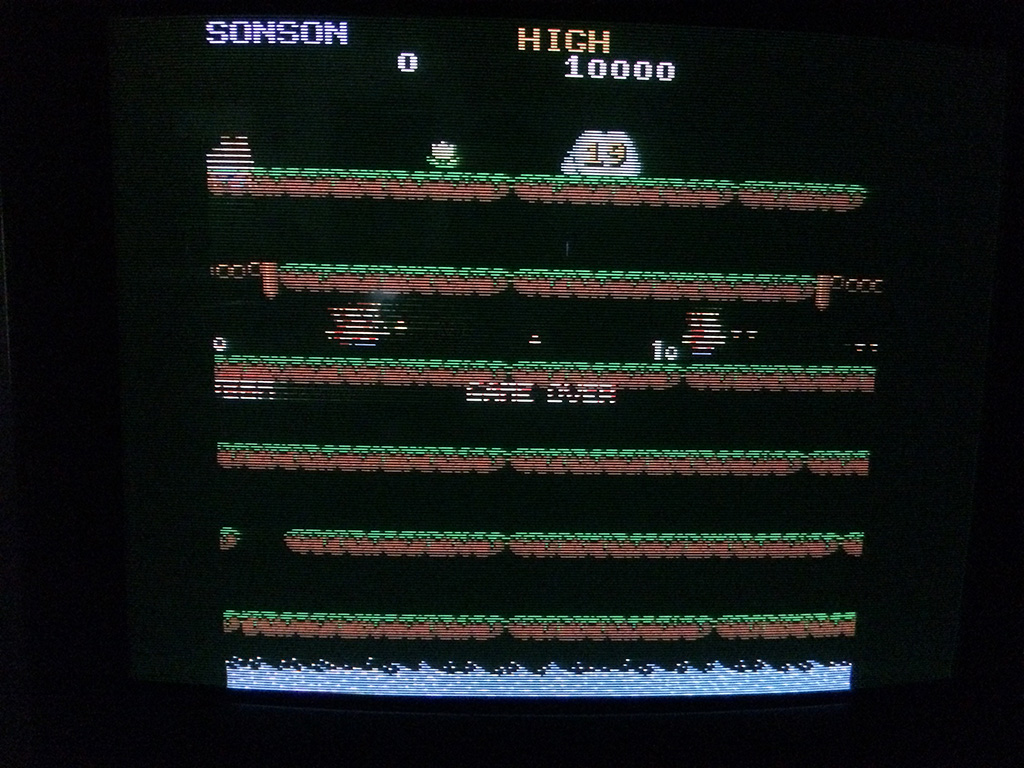 I then remembered that 1942 hardware is very similar to Son Son and the schematics are available.

I was right, the way that TTL chips are connected on 1942 is equal on Son Son. Only the positions of the ICs are different but the logic is really similar. 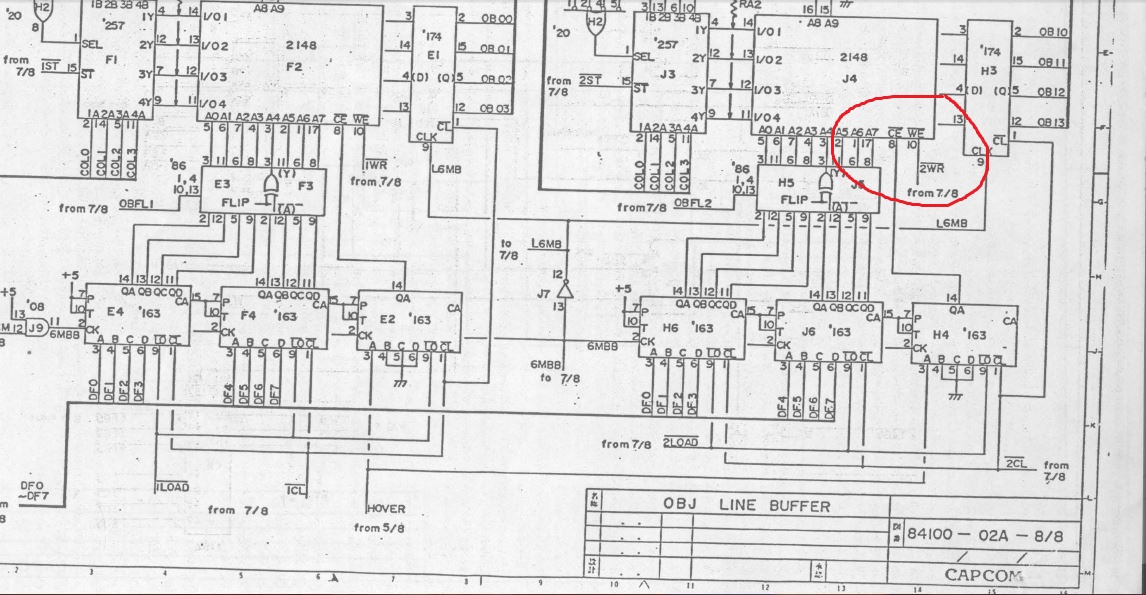 On  1942 schematics available on internet, someone circled the 74LS00@N8 writing “no plane”, probably he had the same fault. 😉 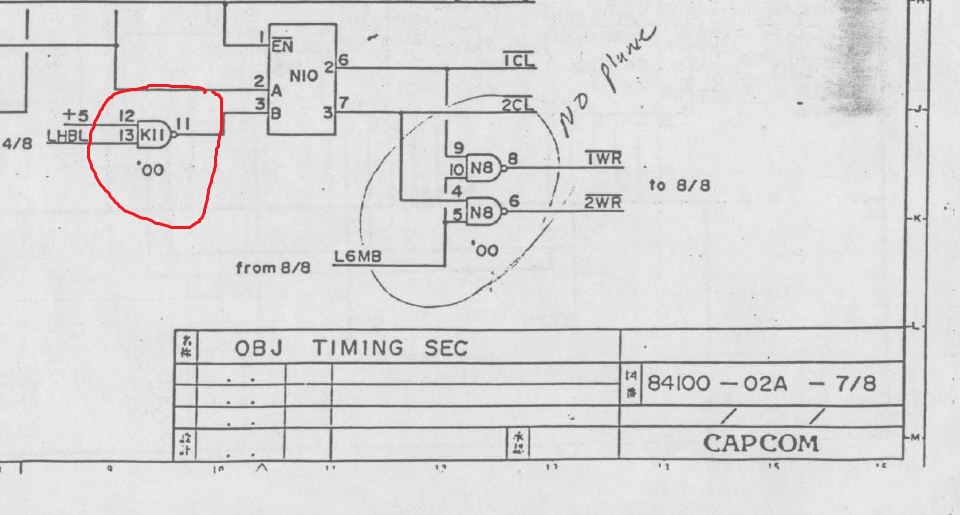 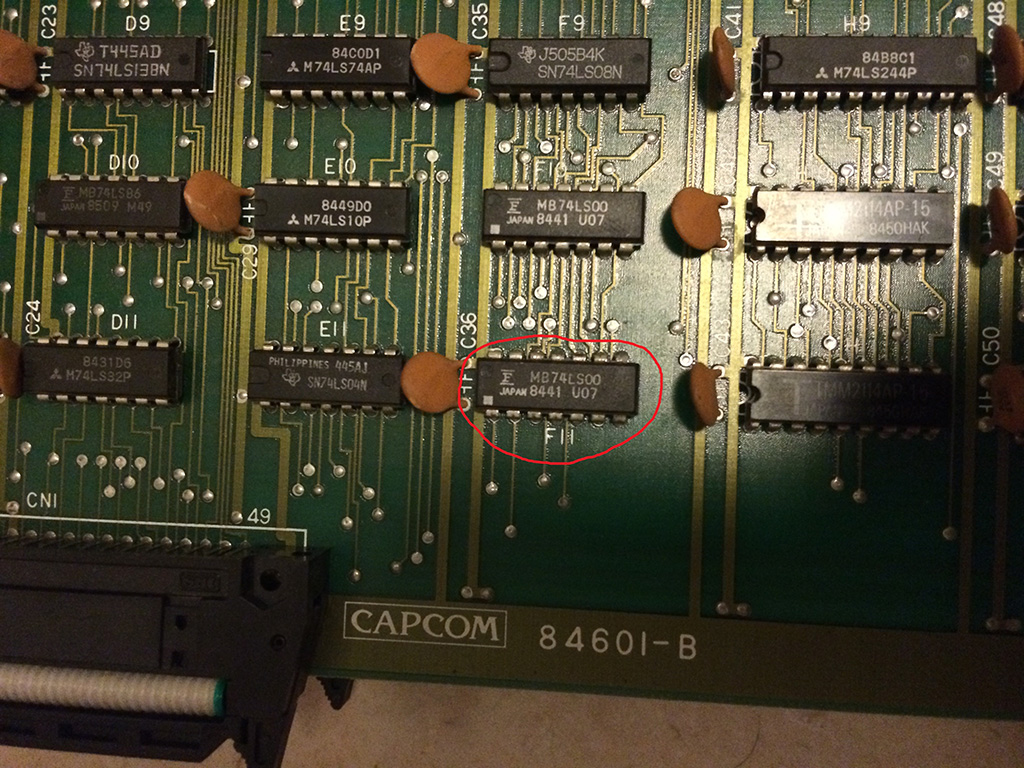 Replacing the 74LS00@F11 gave me back all the sprites 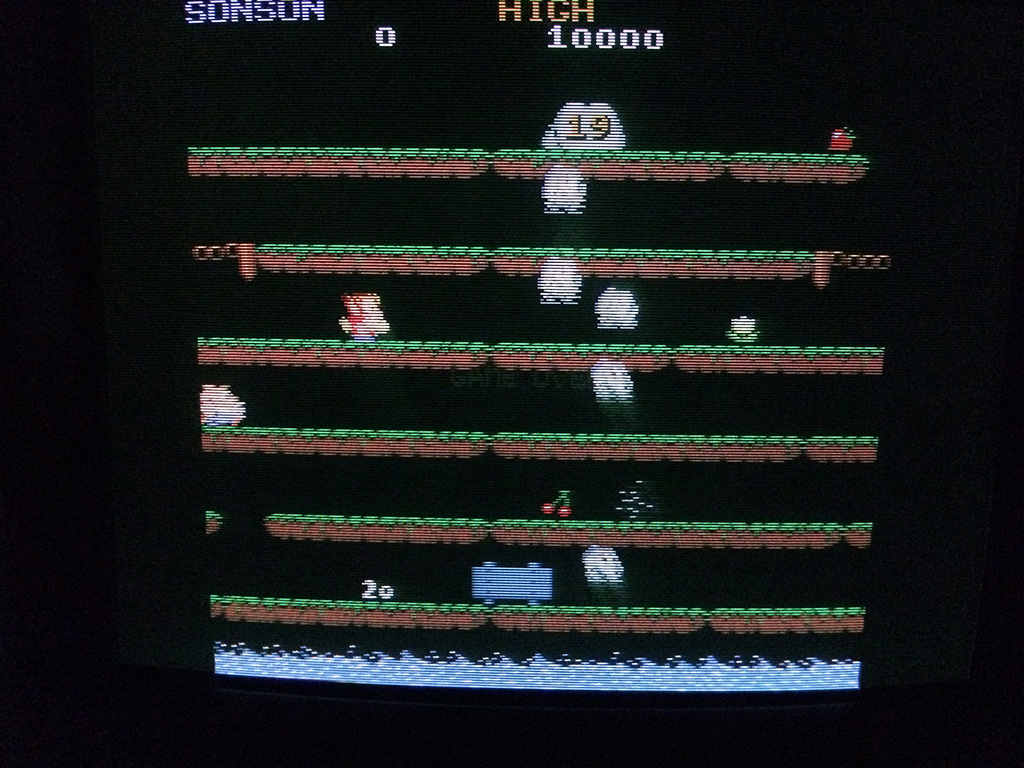