One drunken day at the excellent Revival event I offered to look at a Nintendo Space Firebird PCB.
Initially I was given the eBay link which had a few pictures of the fault. 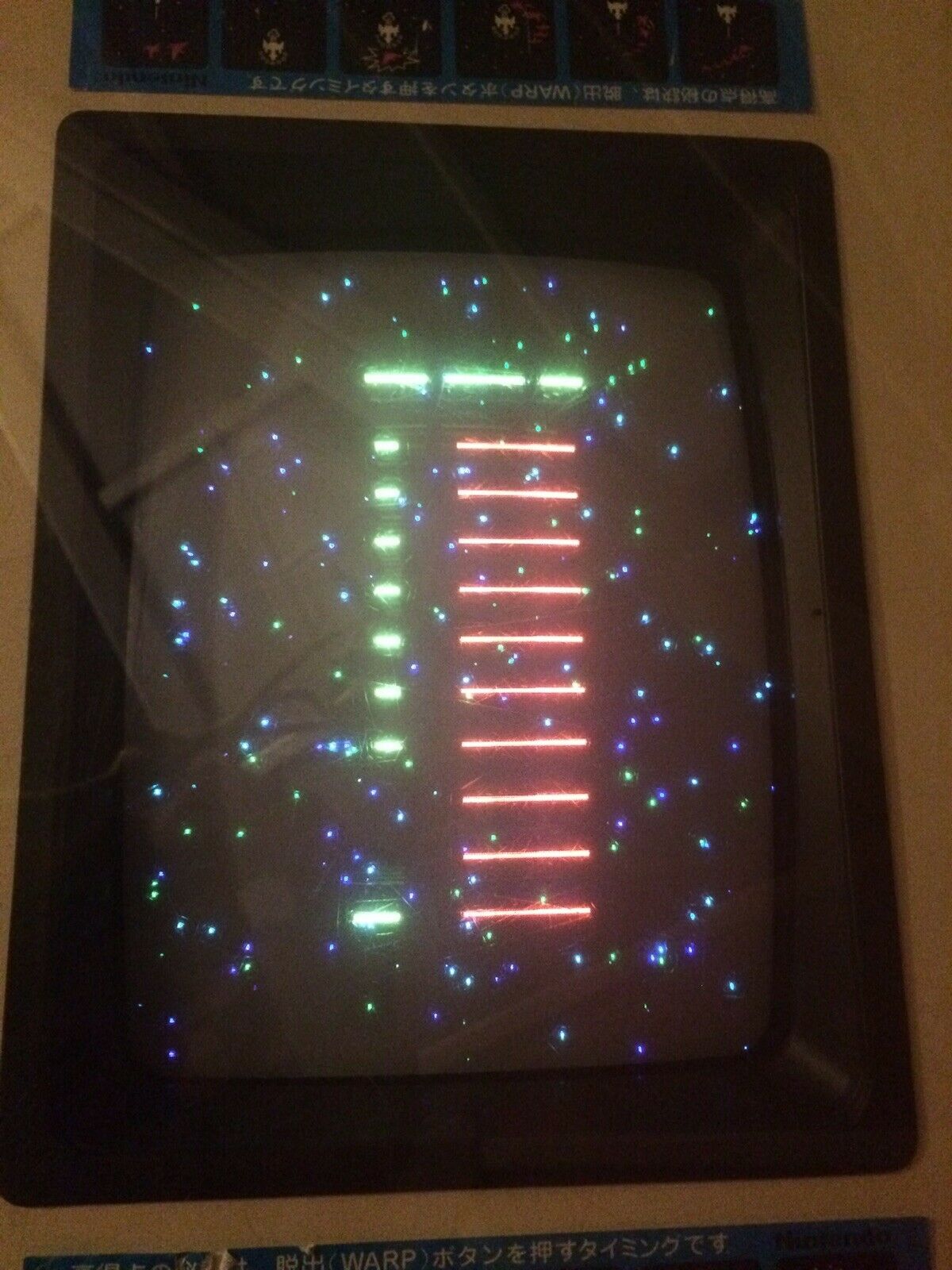 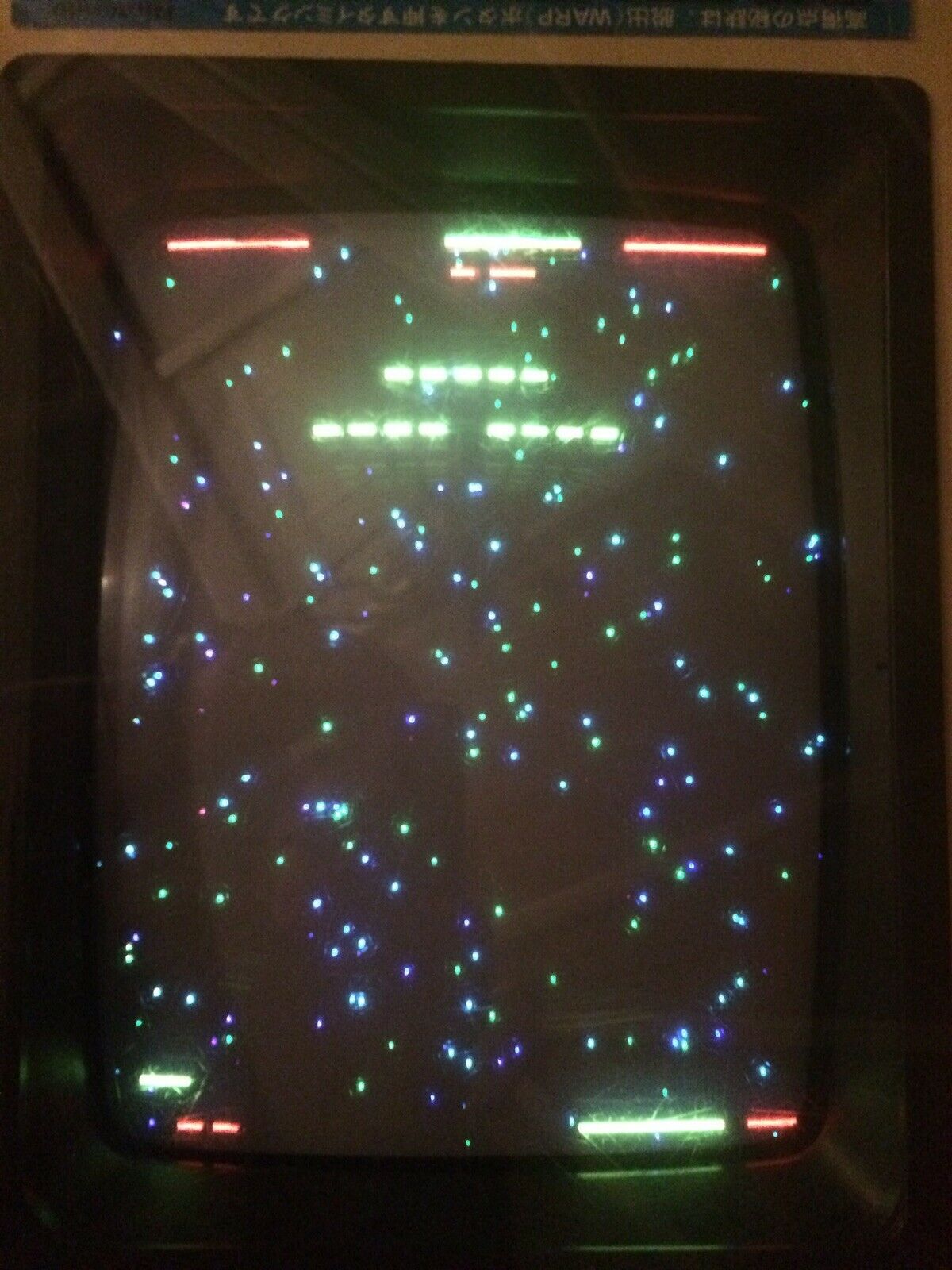 When I got the board I did my usual visual checks and found a few things I didn’t like the look of.
First up both main RAM chips are socketed. I removed these to check out of circuit and found this 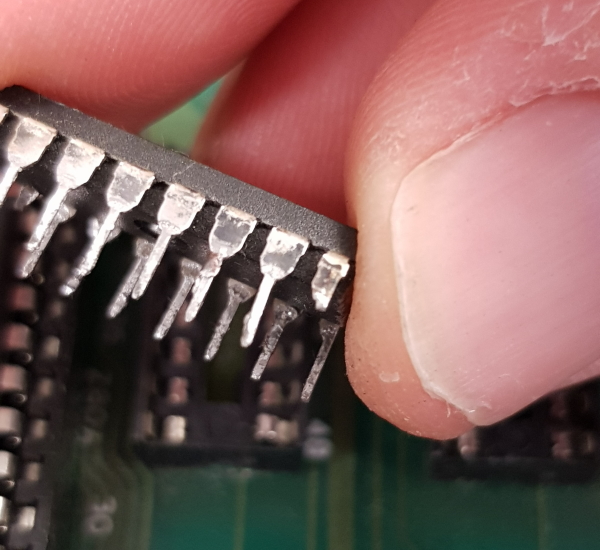 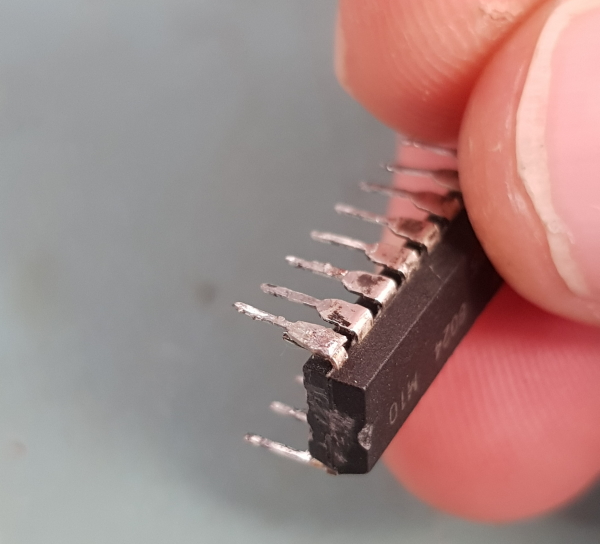 Next up was the 8212 Input/Output port. It too was socketed with a single wipe socket but what really got me suspicious was the state of the soldering 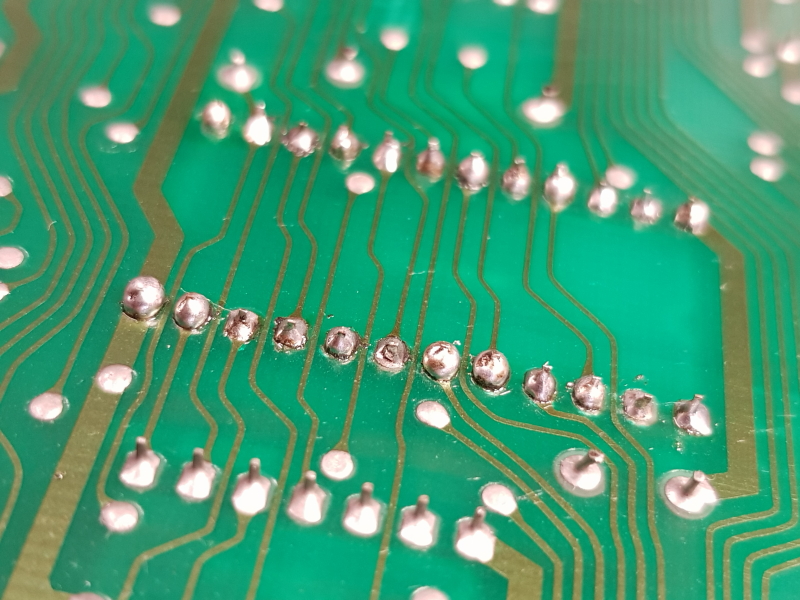 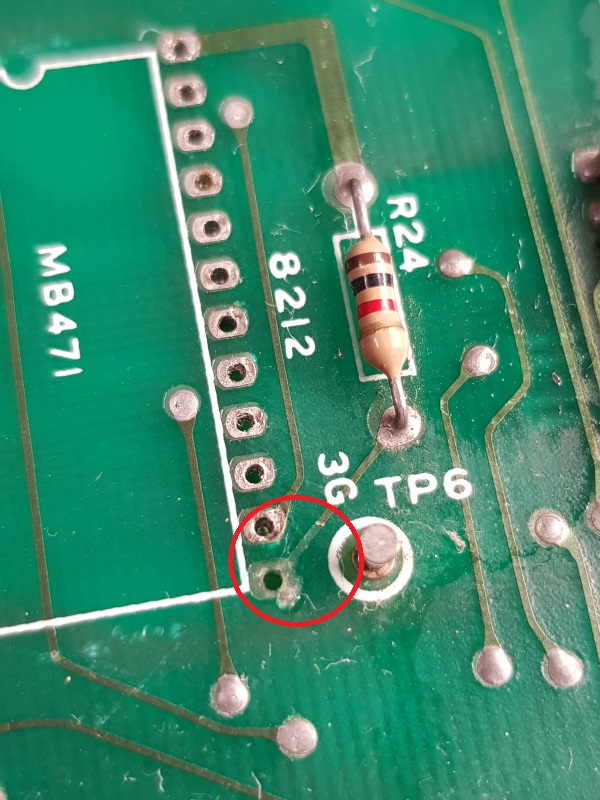 A bit of trace has been lifted there. I can only assume this has been removed before.
I fitted a new socket and moved on.

Found a burnt looking resistor on the sound PCB 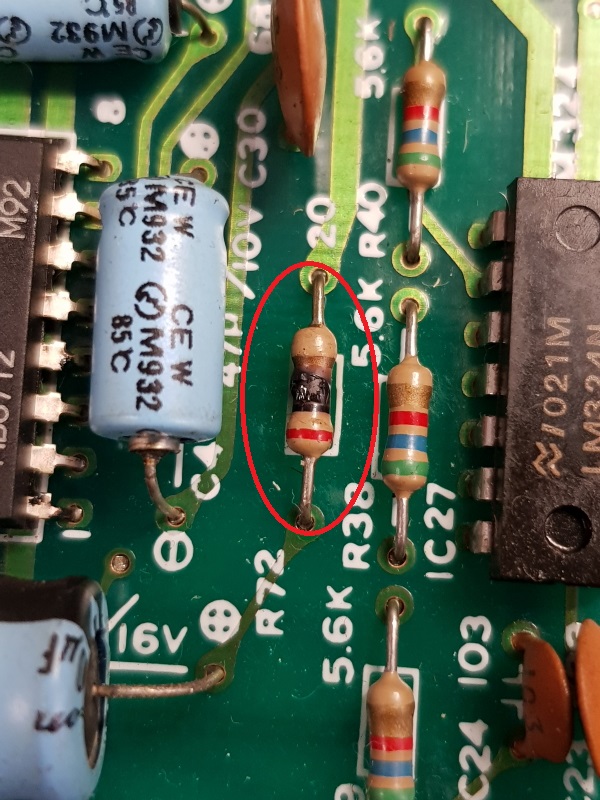 The resistor still reads 20 ohms but i will replace that once my parts order comes in.

Lastly there were a few areas with the solder mask removed and solder on it. Not a huge problem but it needs addressed.
I cleared the excess solder from these places and covered them using a Chemtronics pen. 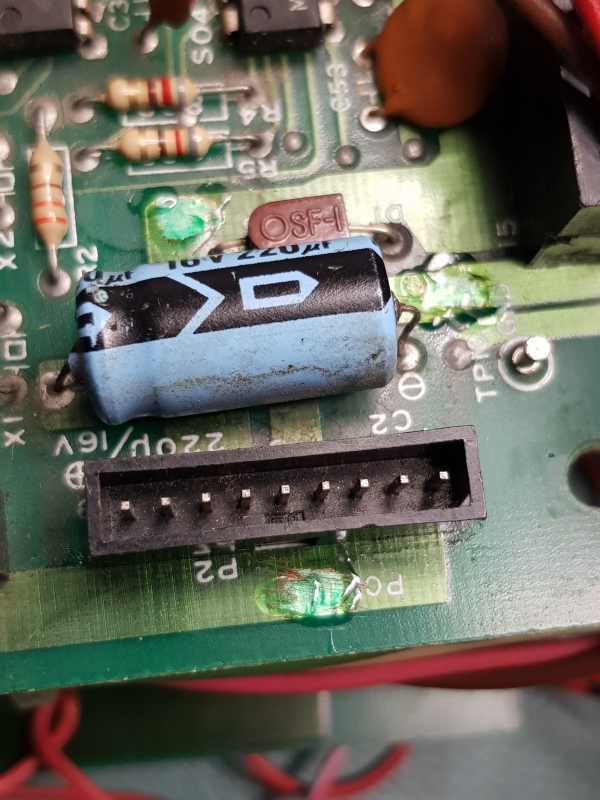 Not pretty but it does the job.

Firing up the PCB for the first time confirmed the original fault was still present.
As the fault was with the video I looked there first.
I started by reseating the two socketed RAM chips 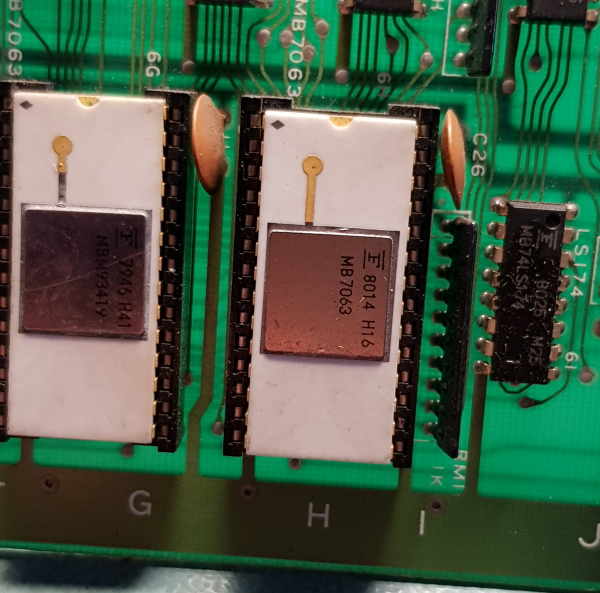 To my surprise this fixed up the graphics. Not sure what effects the previous fixes would have had but Im not removing them to find out.

New problem now. The game hangs at the title screen at the same point every time.
Whenever I get issues like this I always think RAM or ROM issues.
I had already confirmed the RAM so went on to dealing with the ROM’s.
All of them were a match for Space Firebird according to MAME’s ROMident but the ROM at location 5J was for a different version of the game.

It should have been this

I erased and reprogrammed the 2716 EPROM and now the game plays fine.

While comparing gameplay against MAME I realised some colours were missing 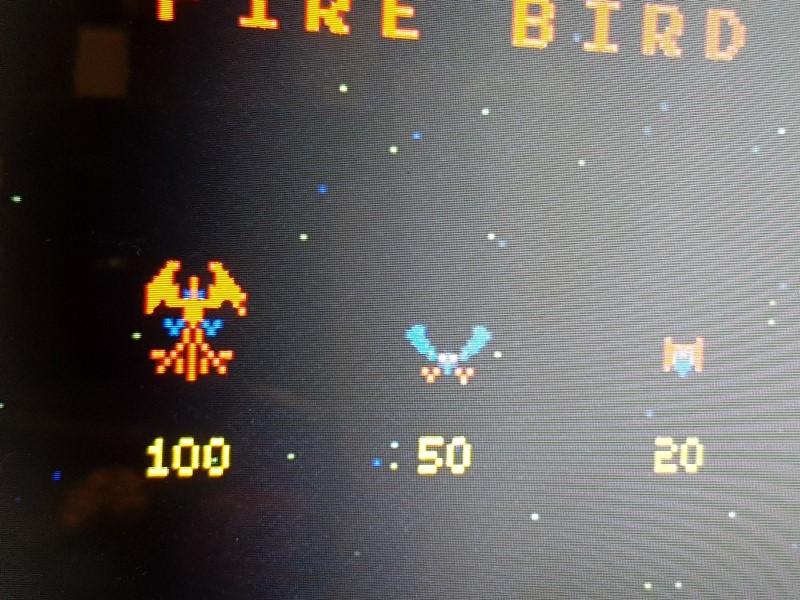 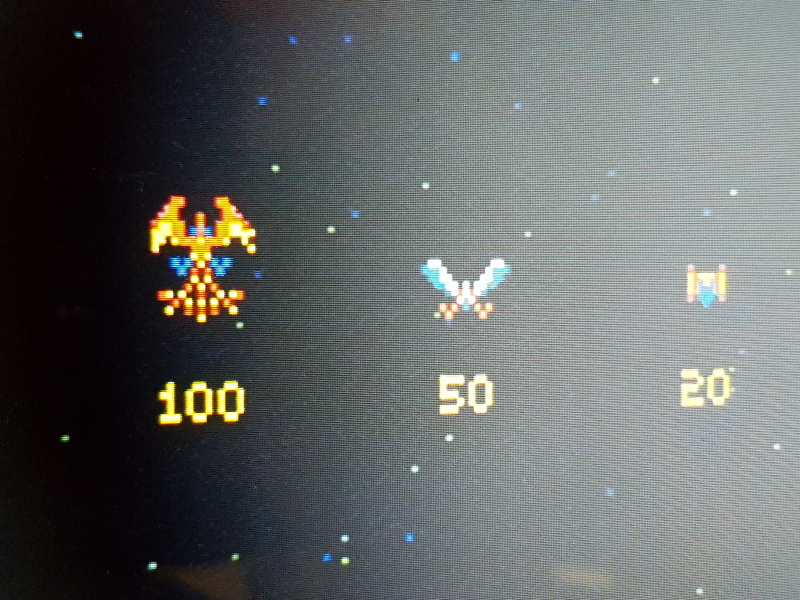 I chased this round for quite a long time only to realise that the 74LS04 inverter I was using (as stated in the manual) to invert the colours was my problem. Switching to the proper Nintendo inverter PCB made everything look right again.