I received from Portugal a couple of Space Invades DX PCBs, a game released in 1994 by Taito (more or less a port of the original Space Invaders, with a few new features).

Both boards were in very good condition but completely dead.Here’s the first one: 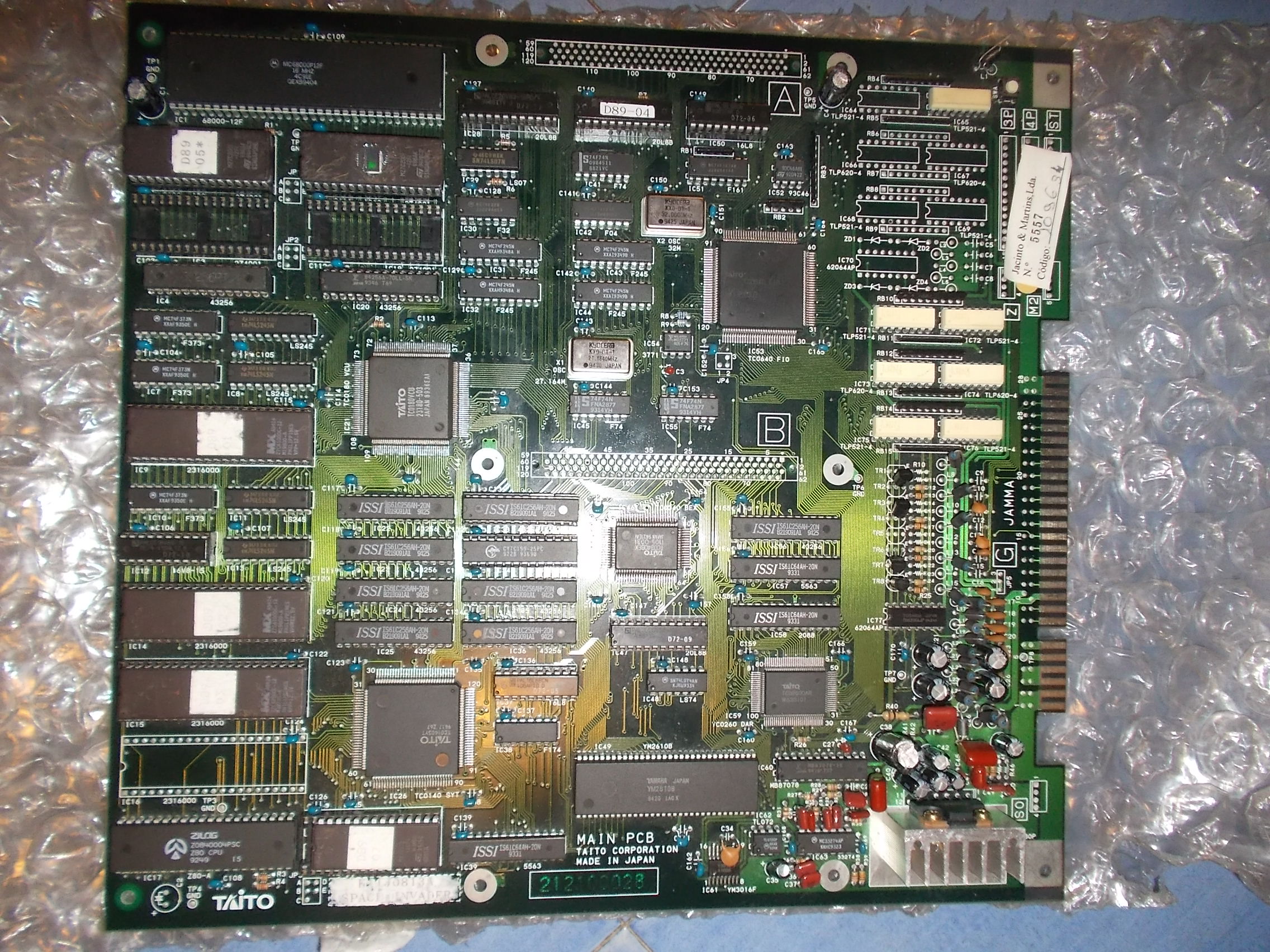 All I got on power up was a steady black screen.Probing the 68000 main CPU revealed the address/data busses were active but the three interrupts inputs (IPL0-IPL1-IPL2) were all in fixed high logical state.I traced these inputs back to a PALCE20V8 marked ‘D72-07’ : 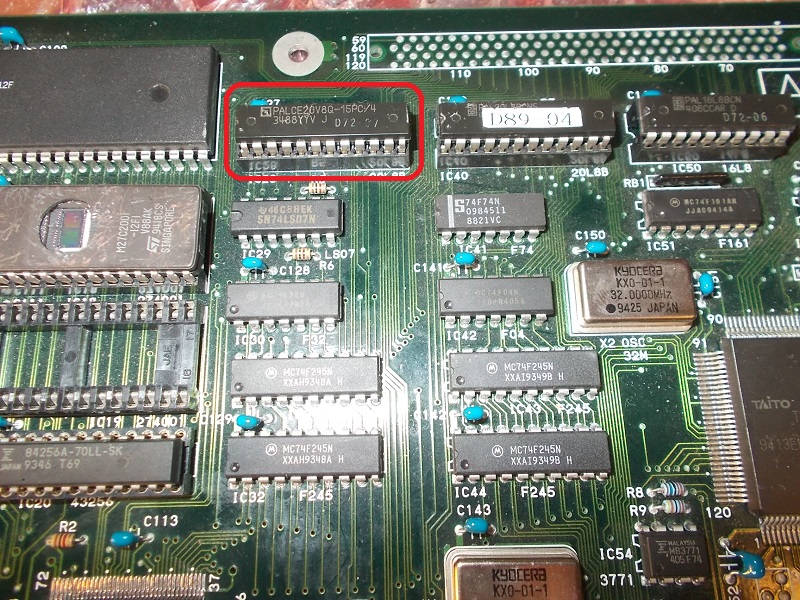 Then I disassembled the fusemap of the MAME dump of this PAL being able to identify its inputs and outputs:

Pin 20-21-22 were outputs to 68000 interrupts lines and they were confirmed to be stuck high along with all other outputs : 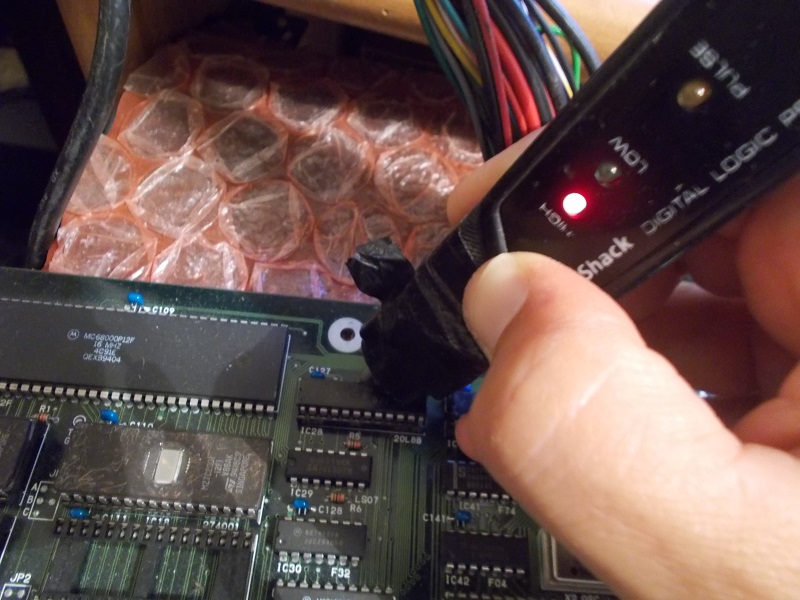 Although PAL was secured I tried to read it in my programmer, this would have at least told me the state of ‘health’ of the chip.Reading failed hence the chip was faulty:

I burned a GAL20V8 (GAL and PALCE are most of time interchangeable) with MAME fusemap : 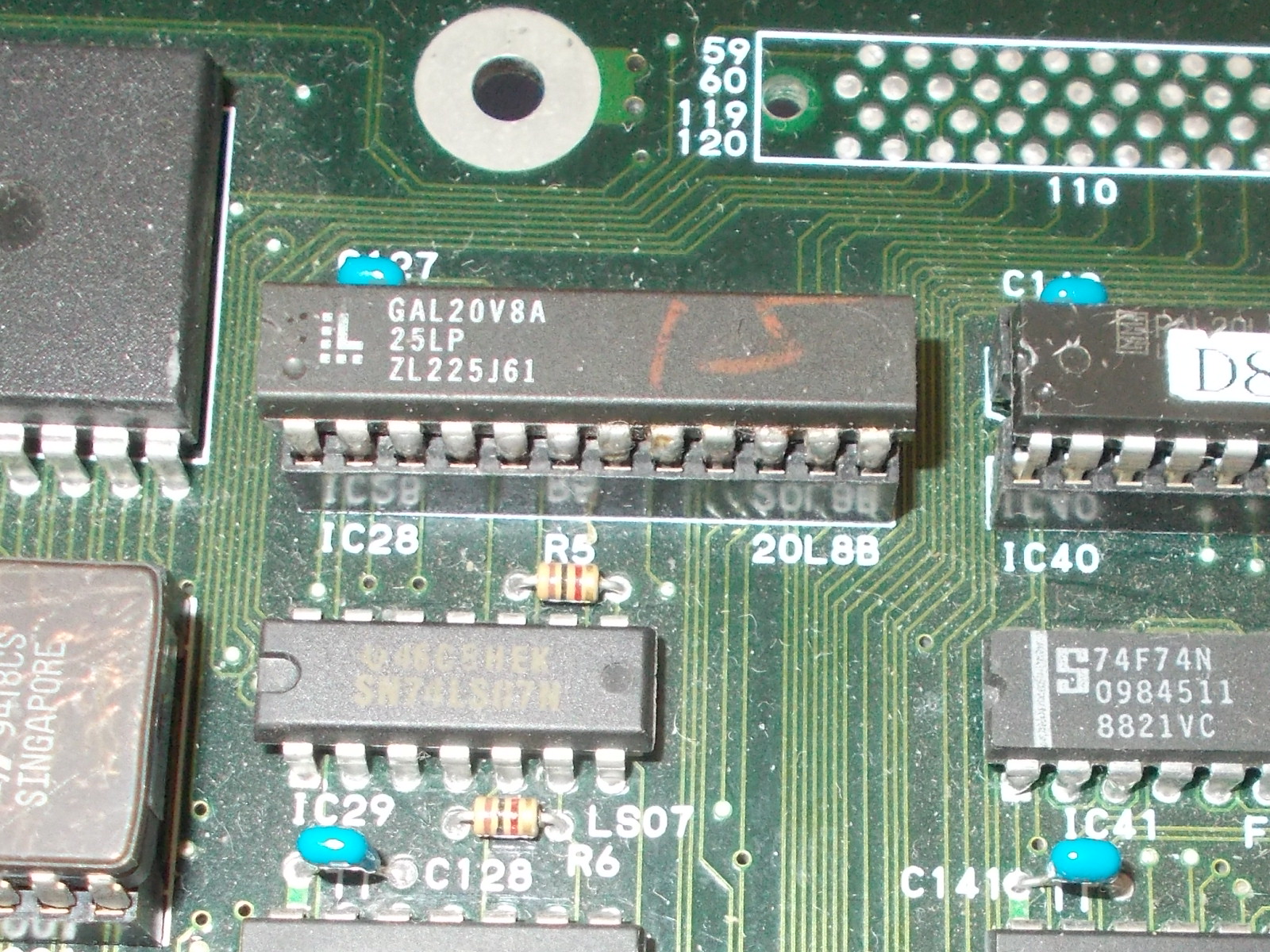 Board booted up with no further issue.First board repaired. 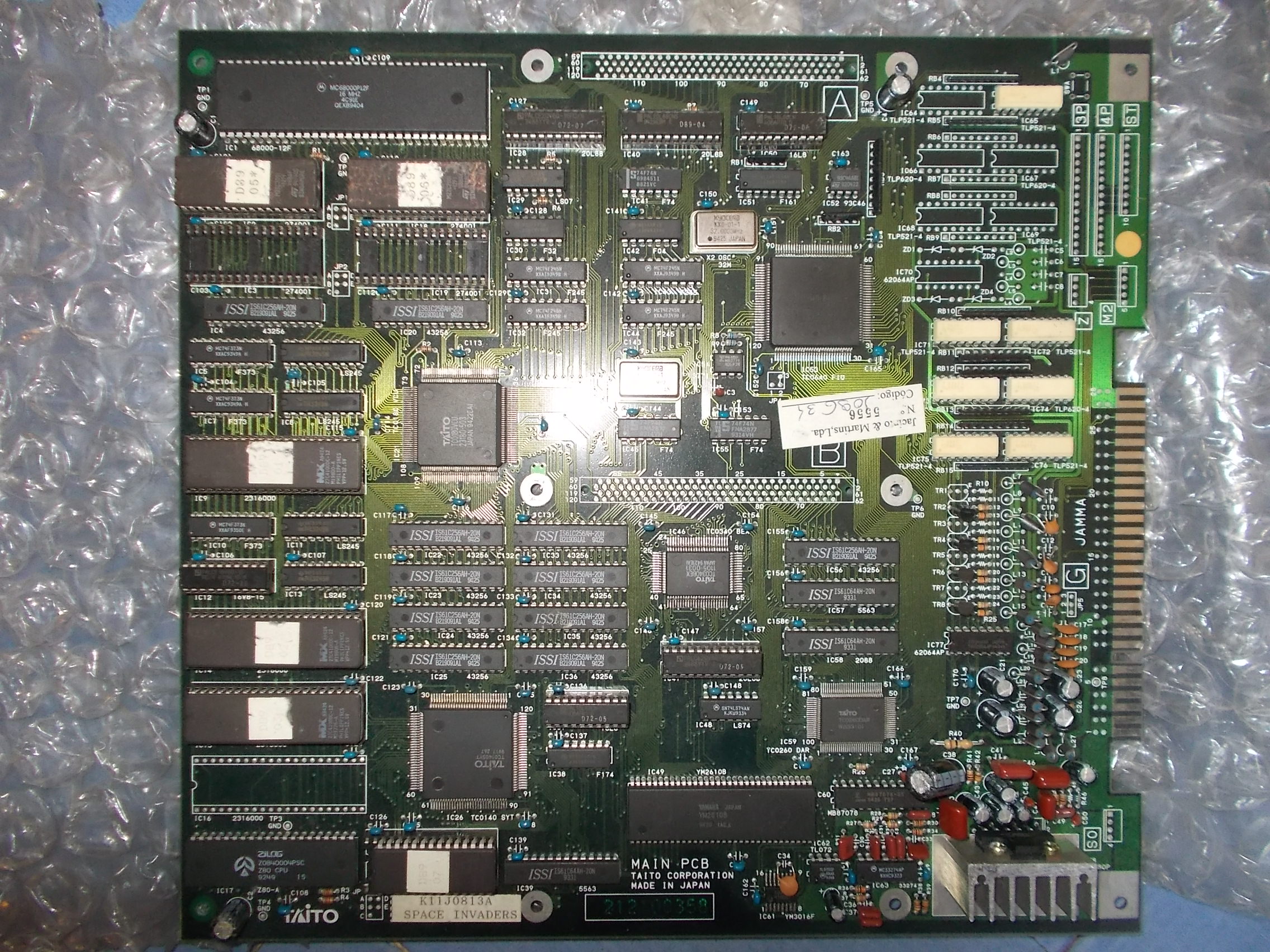 As said, it was completely dead.Probing the 68000 main CPU revealed the clock input was stuch high: 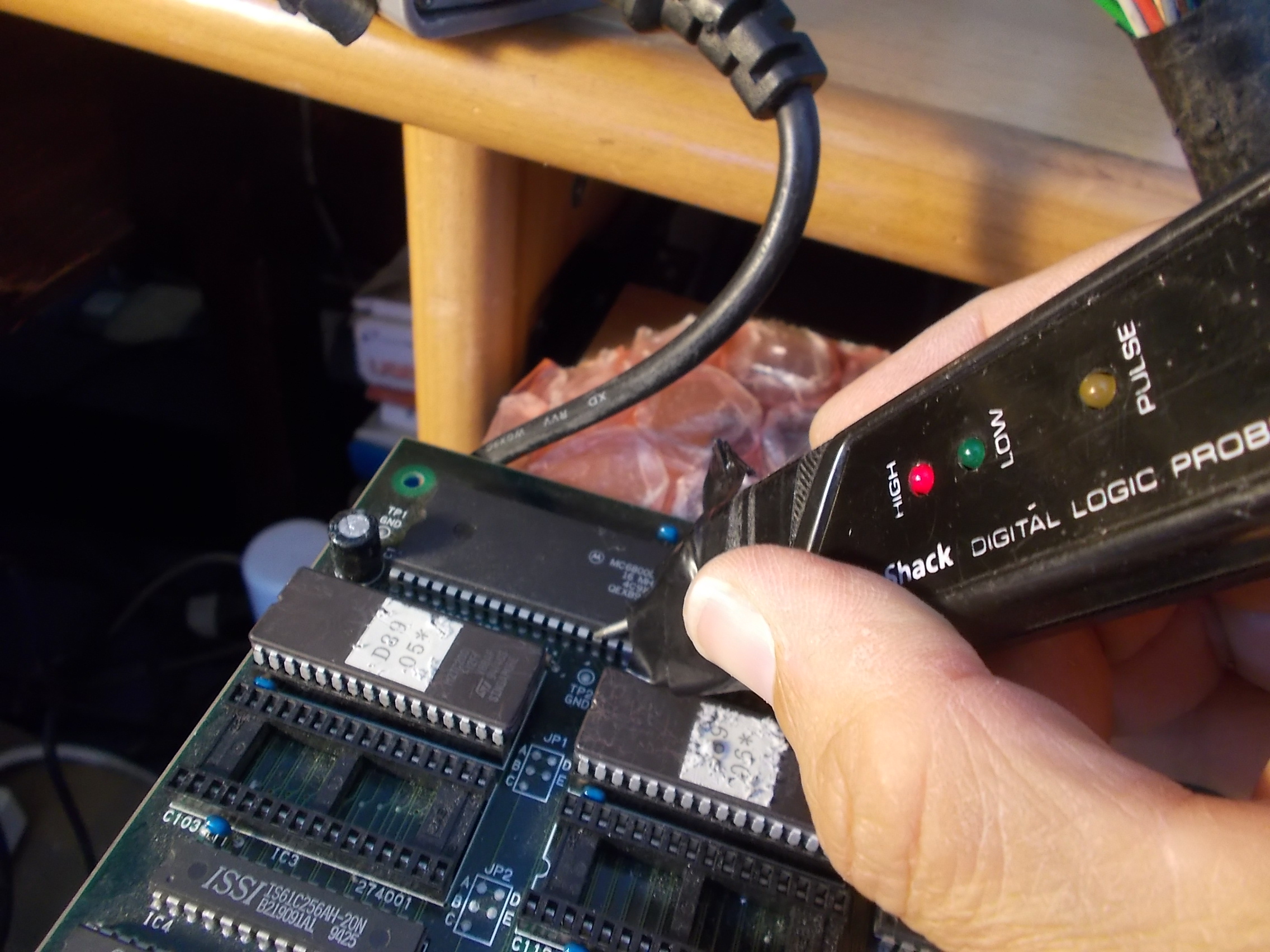 I traced it back to a 74F161 @IC51 which acts as a clock divider of the 32Mhz signal generated by the near oscillator : 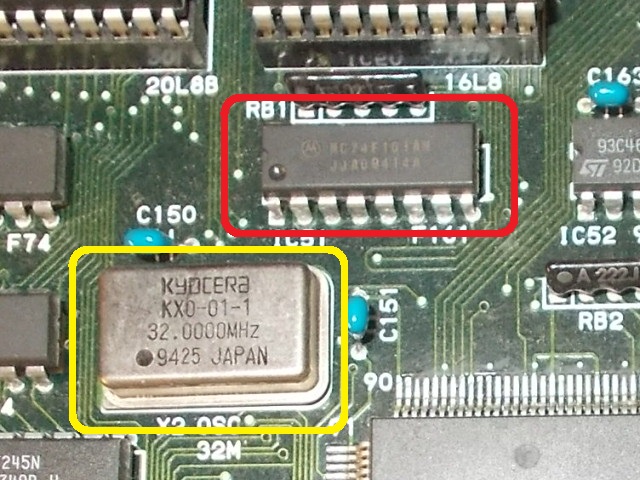 There was nothing coming from the oscillator into the clock input (pin 2) of this 74F161 counter: 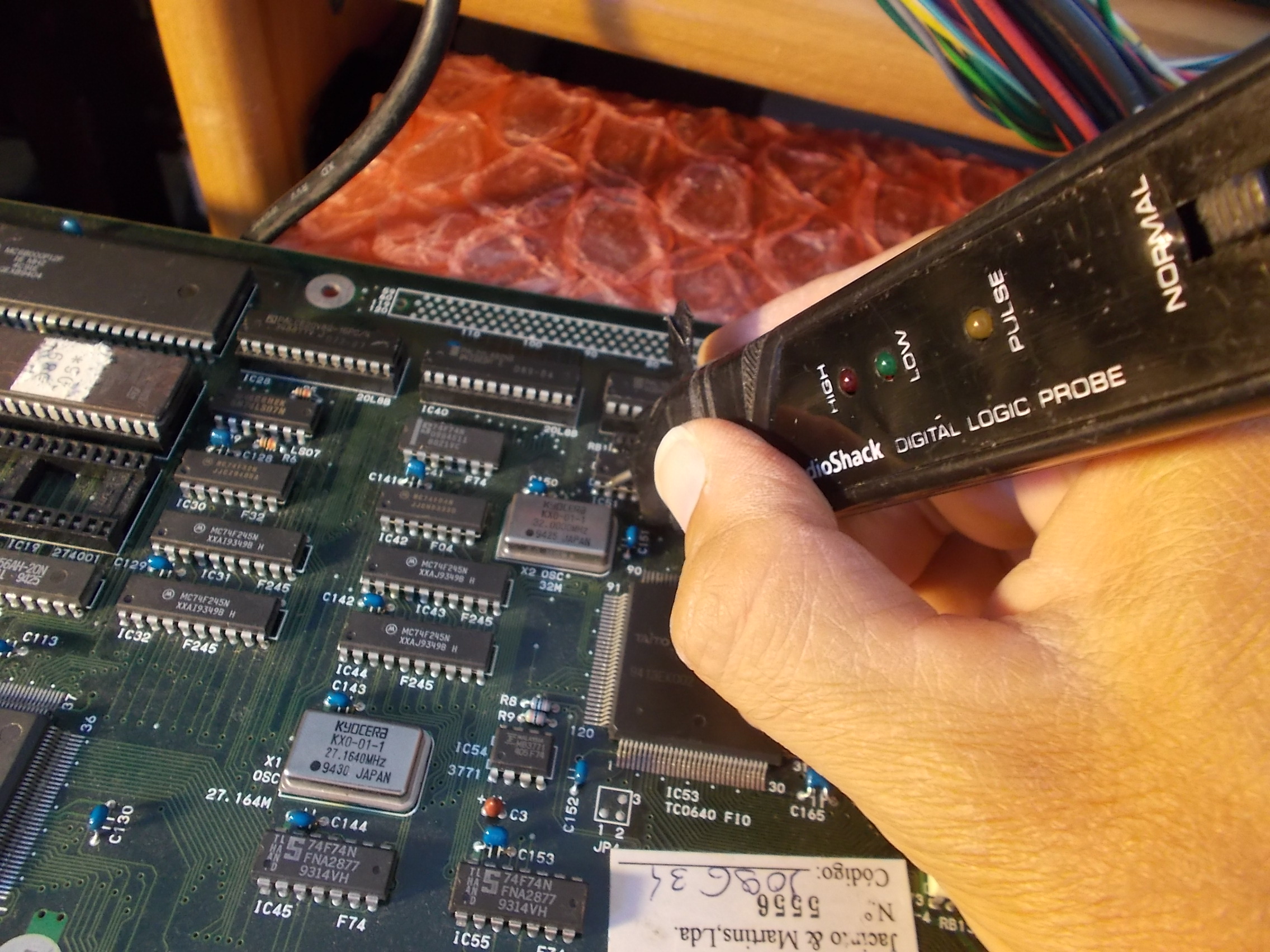 At first glance I thought the oscillator was dead but before replacing it I made a visual inspection on solder side.I found a dry joint on its output pin : 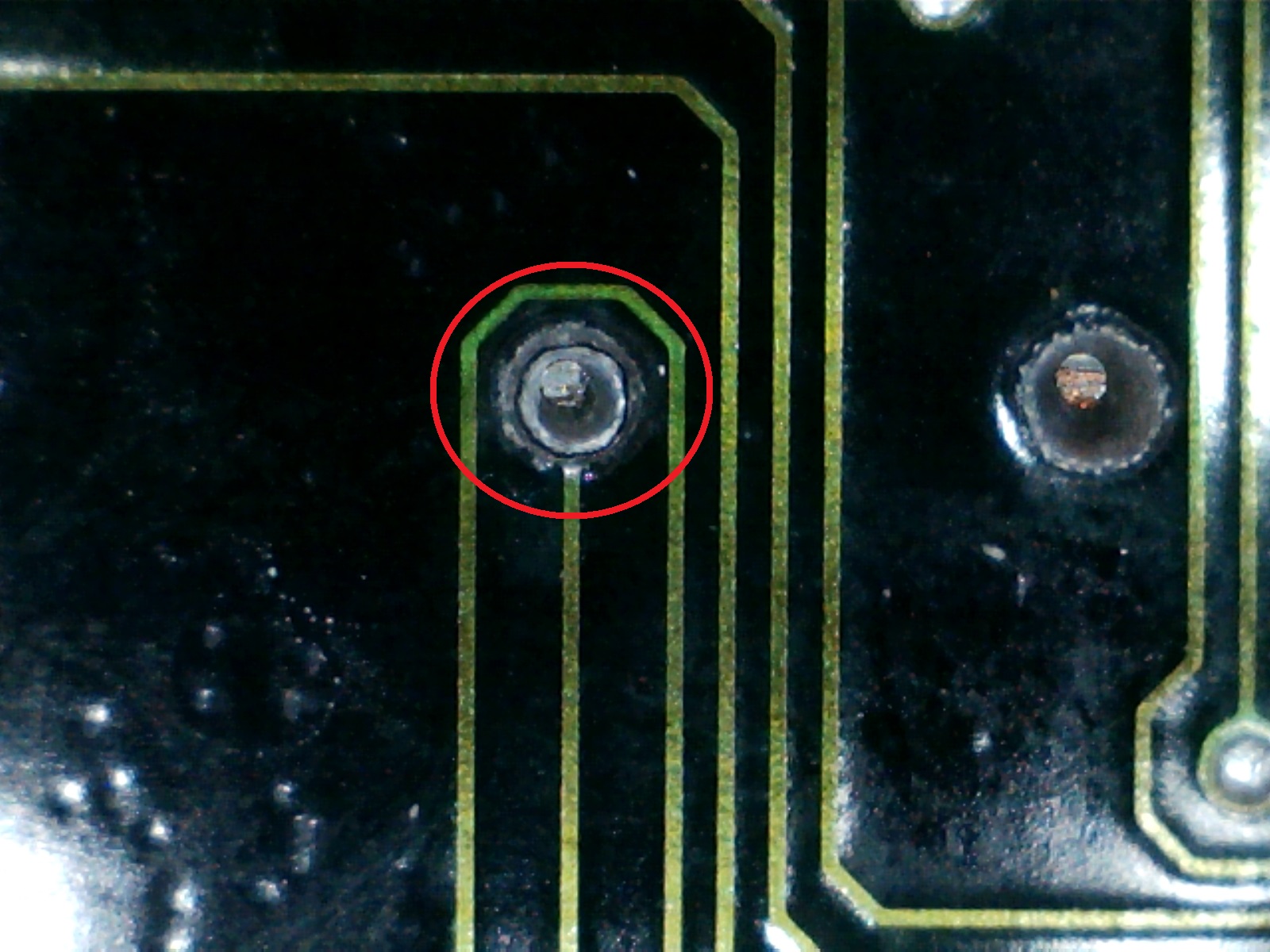 I promptly reflowed it and then powered up the board again.It booted up with no further issues.Double repair accomplished.